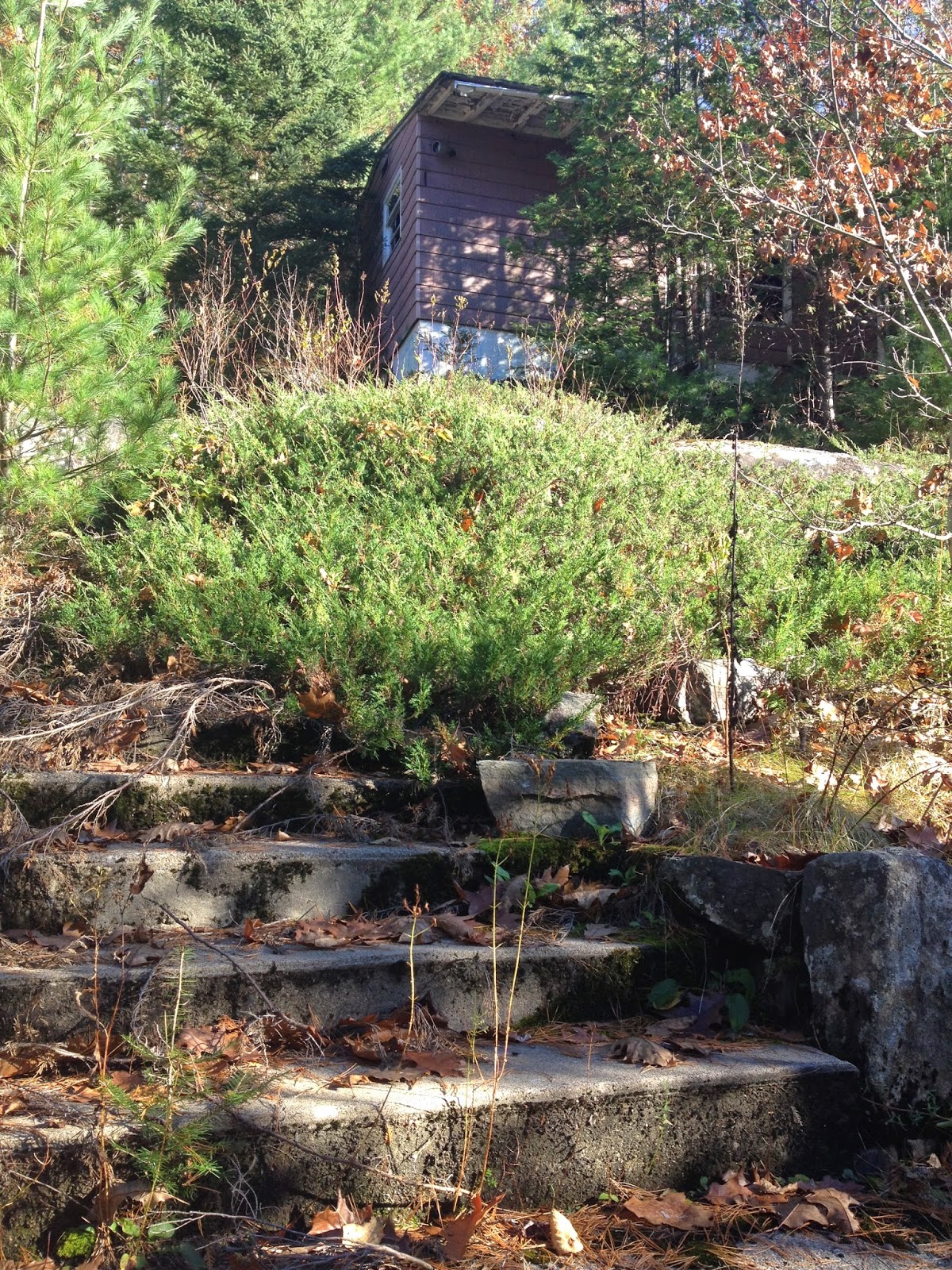 Yesterday my friend and I went for a walk and decided to go see an abandoned cottage on the river which I live near.  I had been five years before.  It is currently incredibly overgrown and has deteriorated significantly since I was last there.  We didn’t go inside as it doesn’t look safe.  Apart from evident vandalism, the harsh weather in Ontario has caused much of the structural integrity to be compromised.  I would not take the risk to wander inside.  I did snap a picture of it through the window. 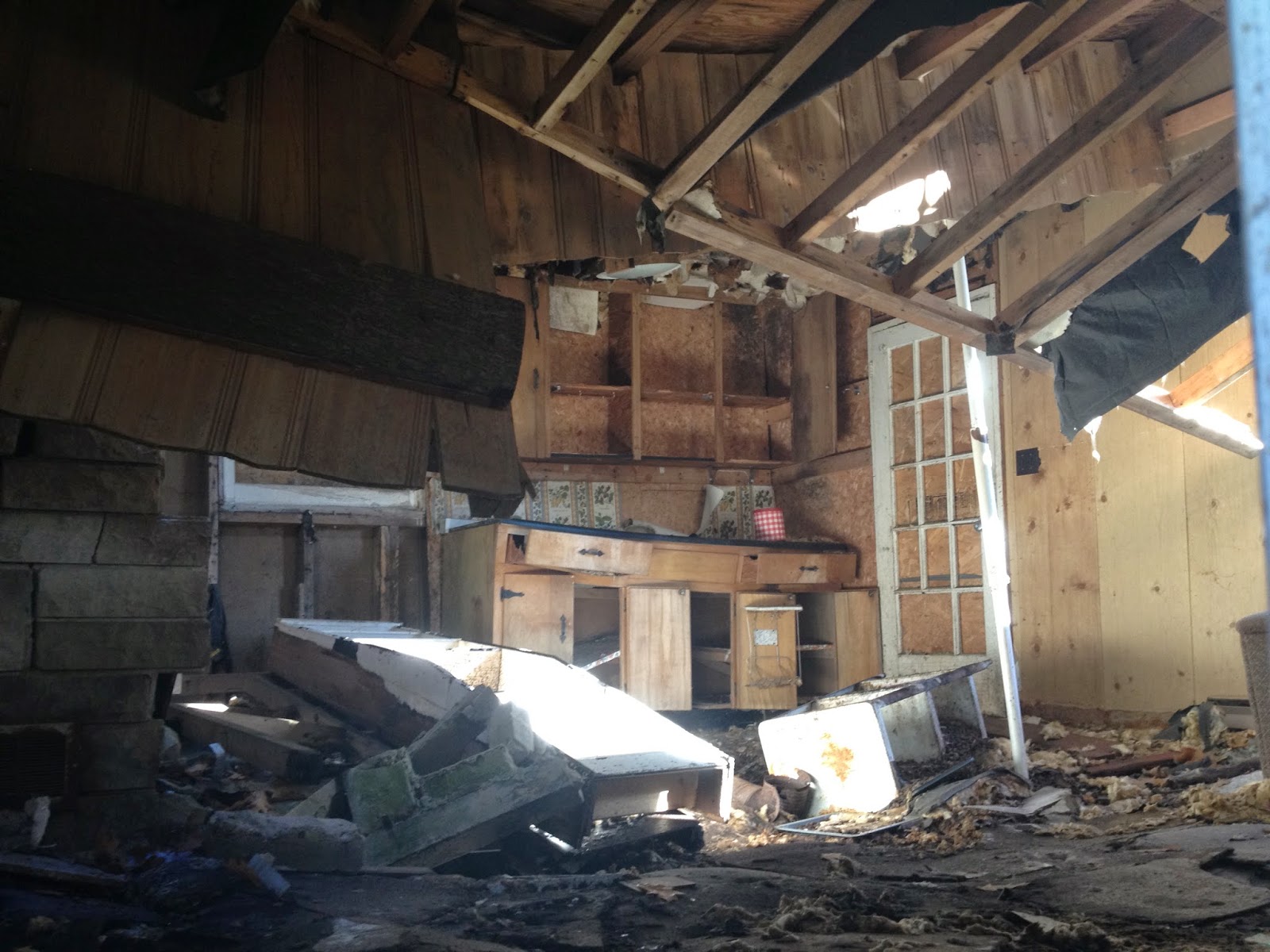 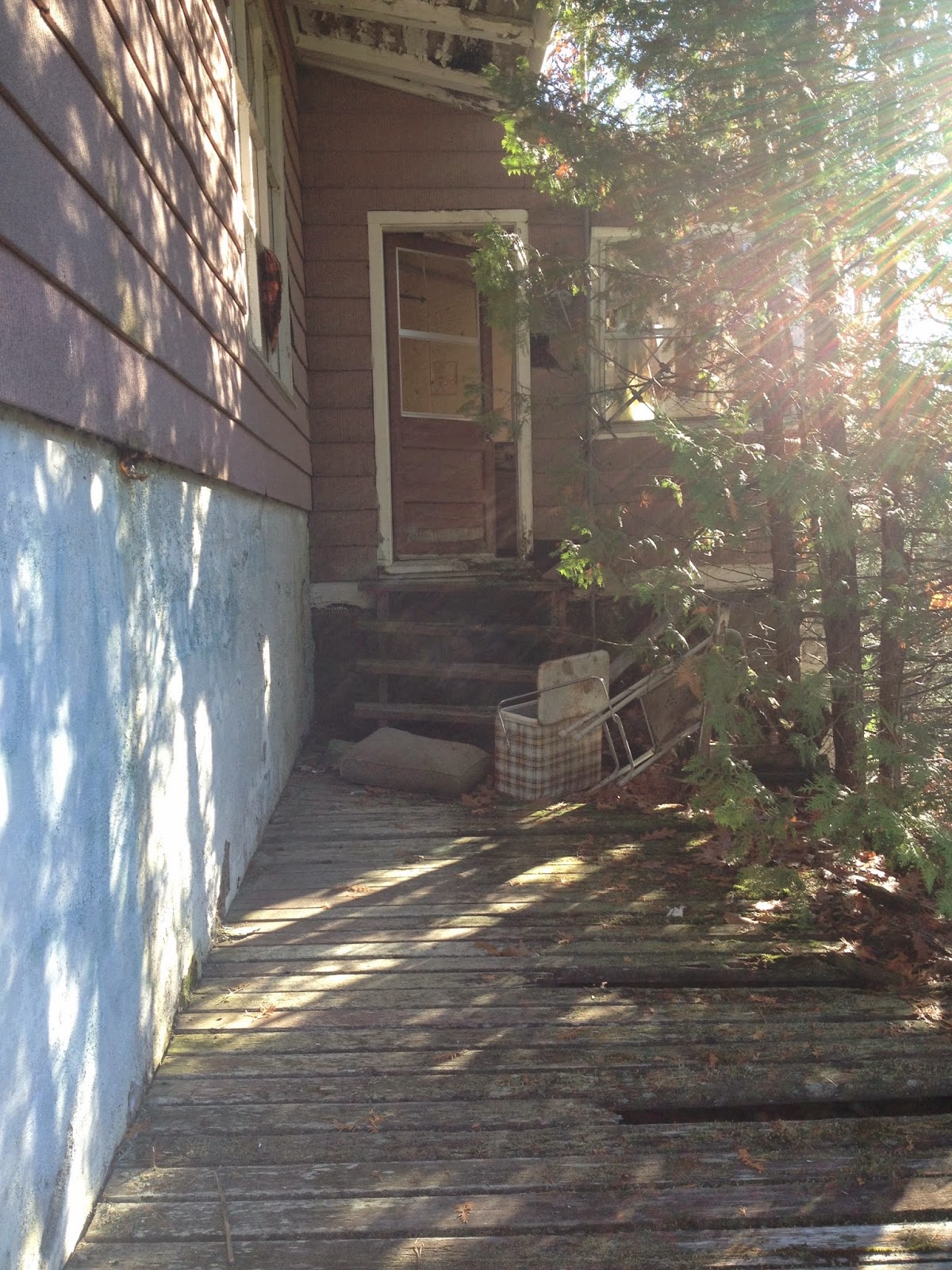 The lot itself is stunning.  The cottage is built on top a rock, with a stone stairway leading up from the road.  The view of the river from the cottage is gorgeous.  I imagine now there might be difficulty with zoning attempting to build in the same spot, which is why it has remained abandoned. 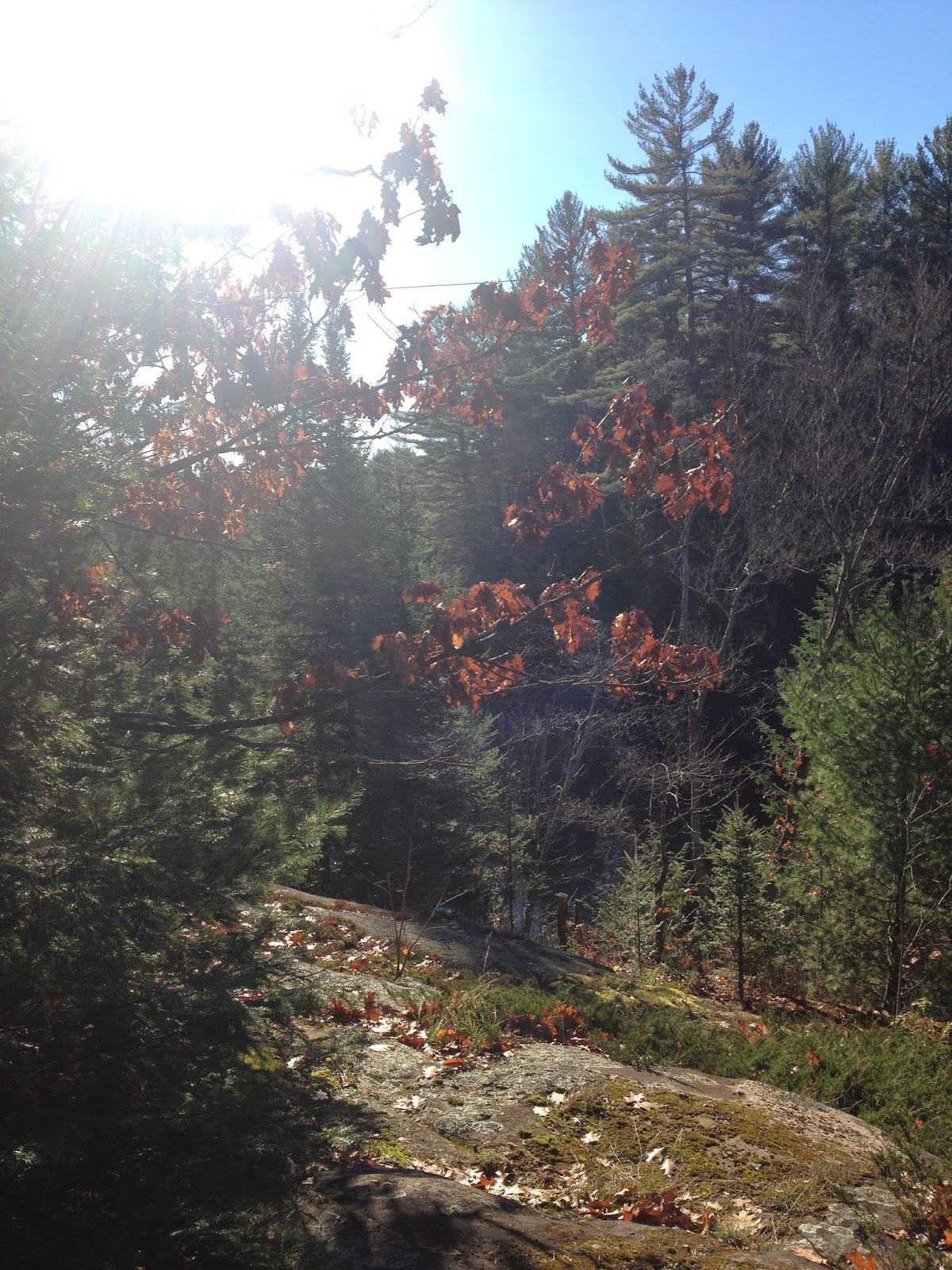 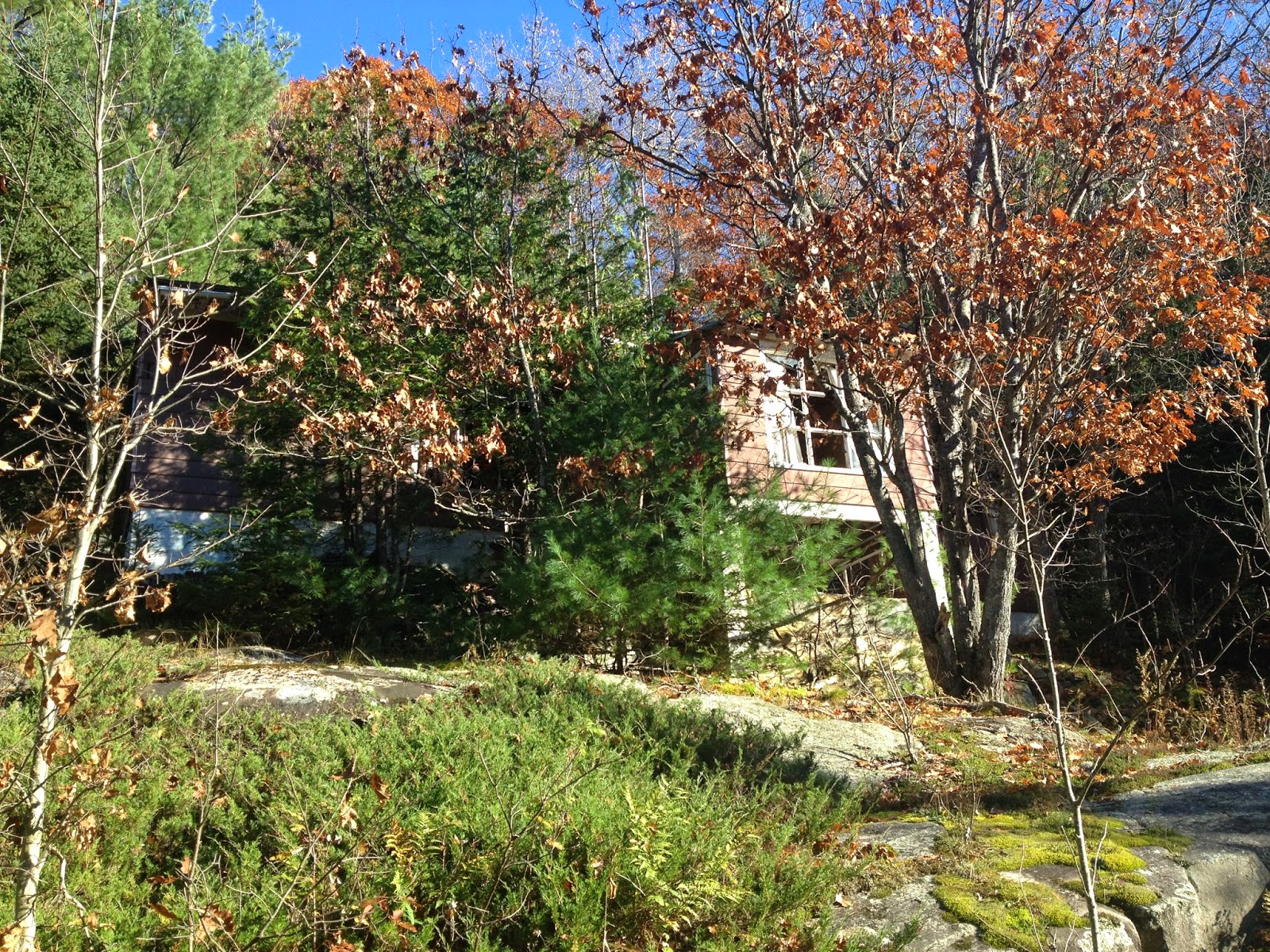