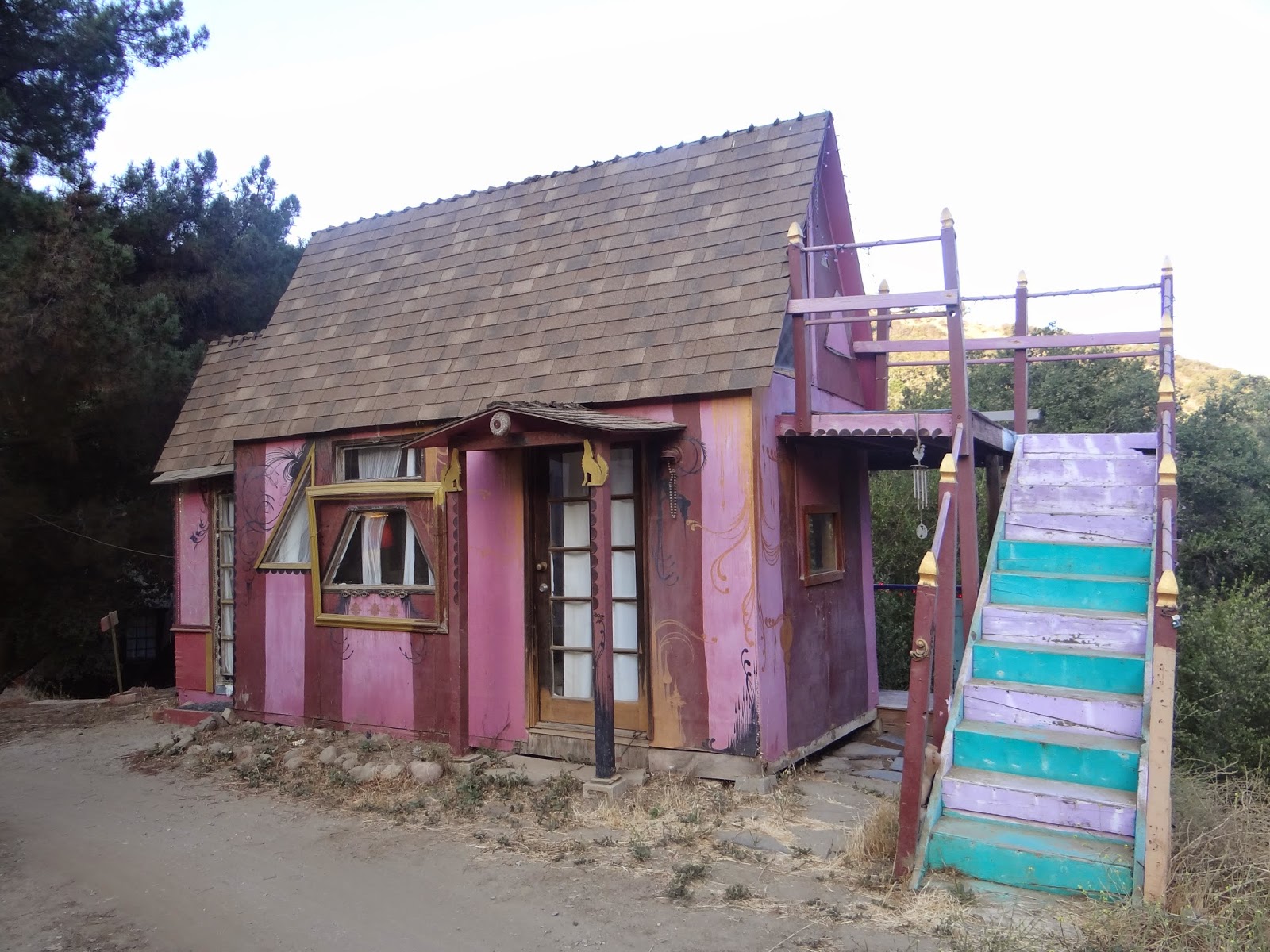 As I mentioned in my previous post, we stayed our final night in a cabin built in a fairytale village in Topanga Canyon.  I booked this through airbnb as well.  Funny anecdote: when my cousin stayed in Malibu she booked at the same place, though a different cabin.  When I booked I hadn’t known she had stayed here, until I was telling her about this amazing place I had found and she recognized the description. 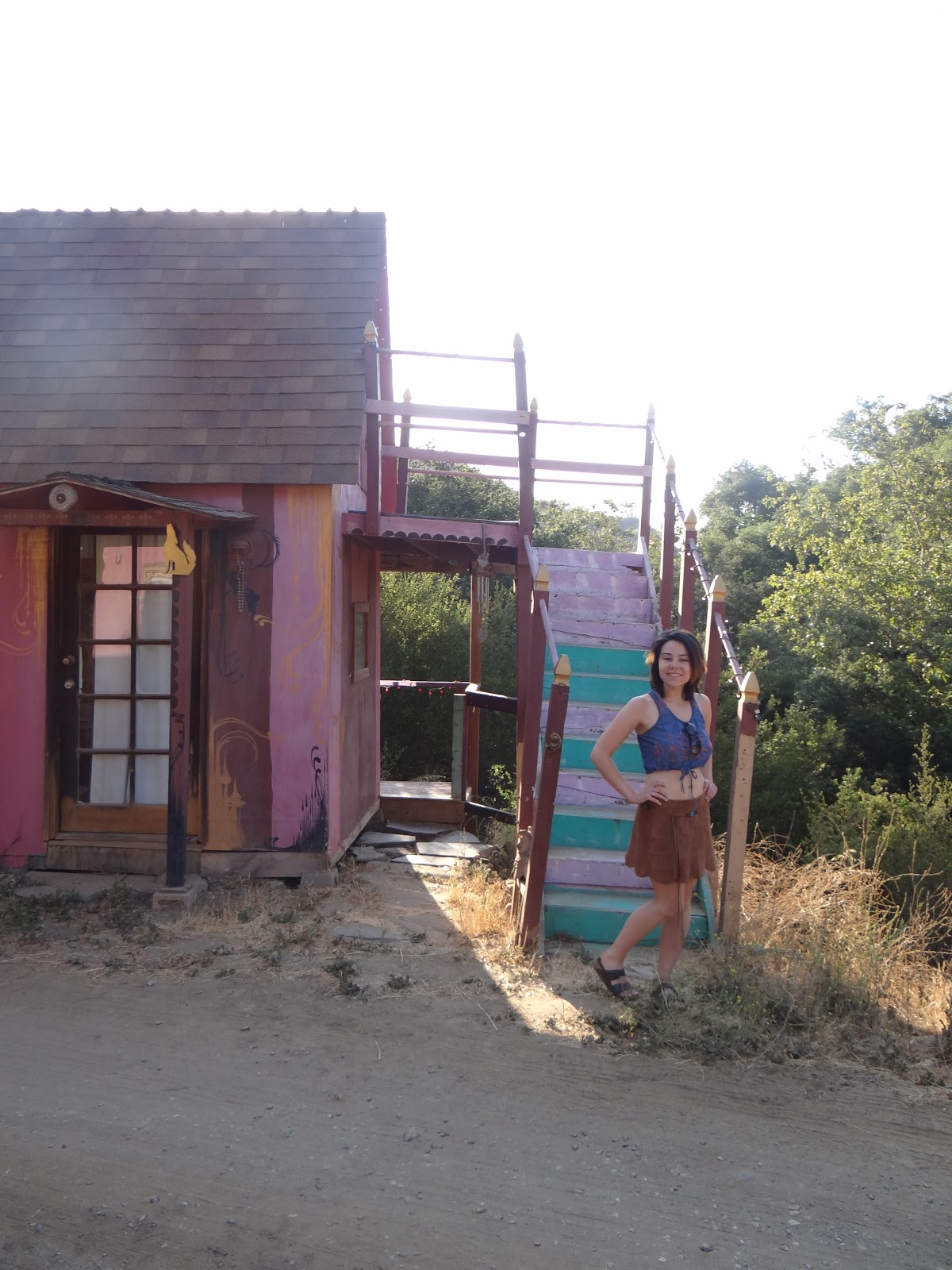 This pink house was my favourite and I debated booking it, but went for the one with a balcony and beautiful view of the canyon mountains instead.  The next time I’m in Malibu, I will be staying in the pink house though. 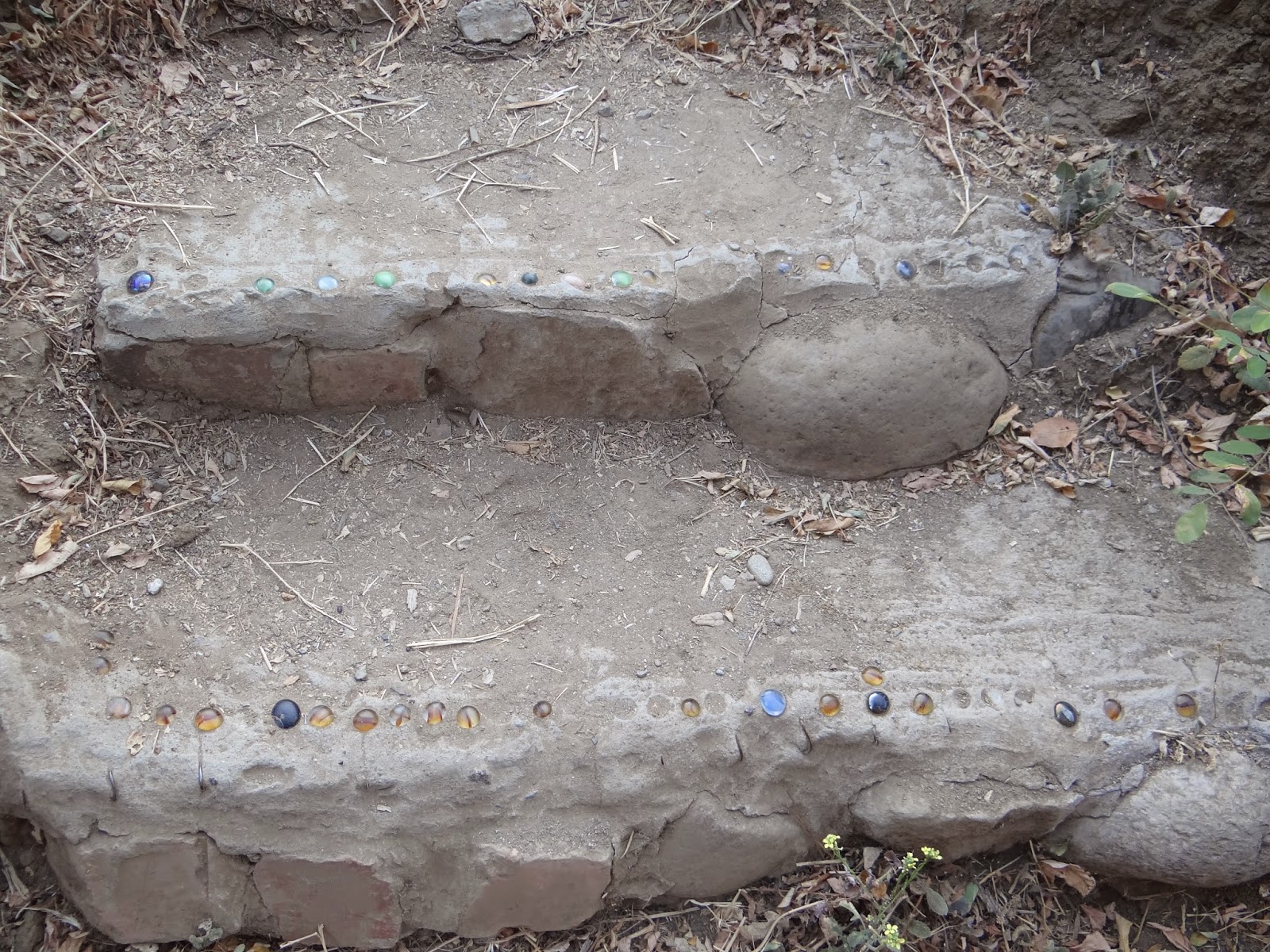 I wandered around the little village the morning before we left, I was a bit disappointed that we only stayed one night, I will definitely be back though!  Each cabin has it’s own whimsical name.  They even have a tree
fort. 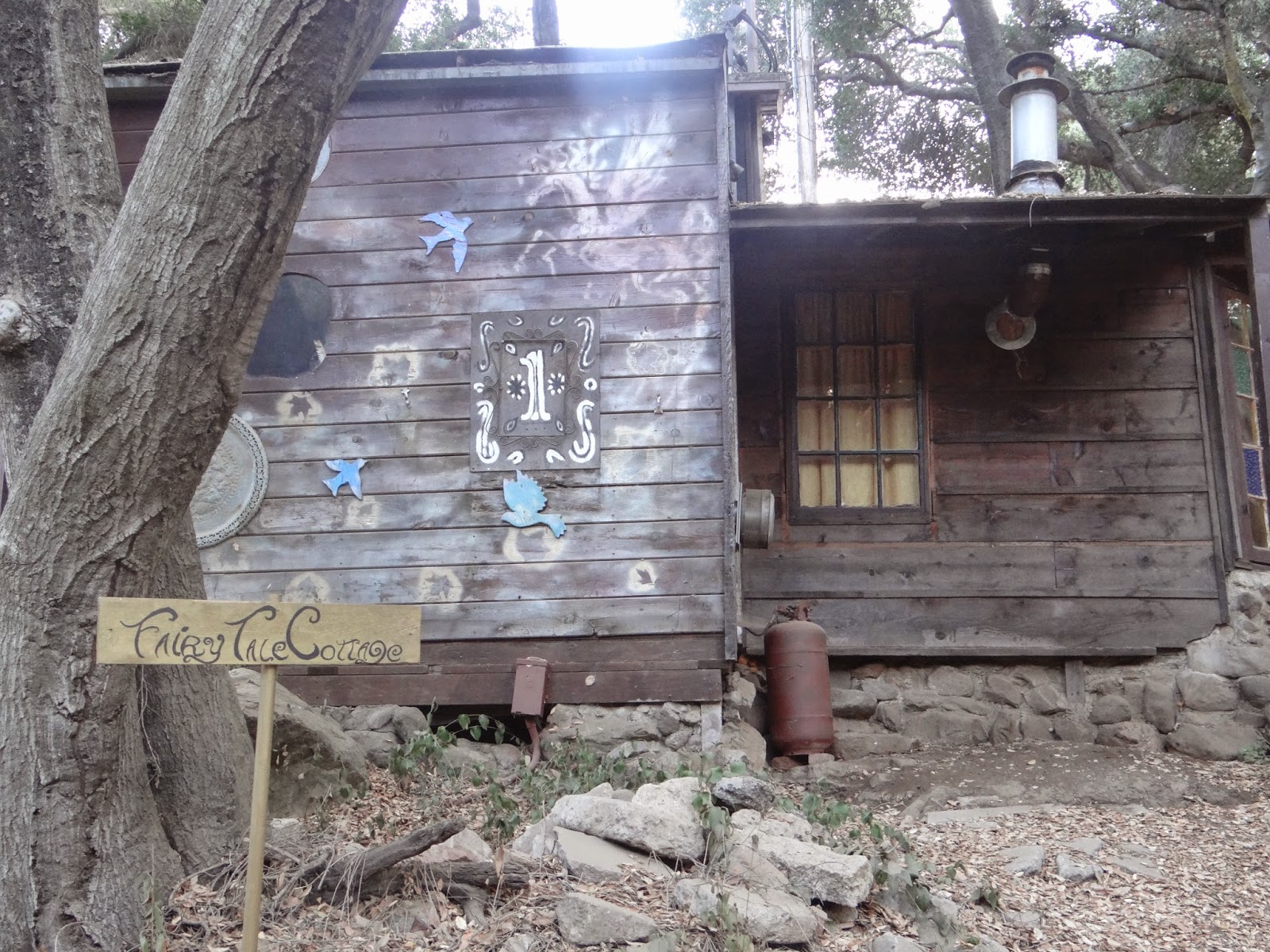 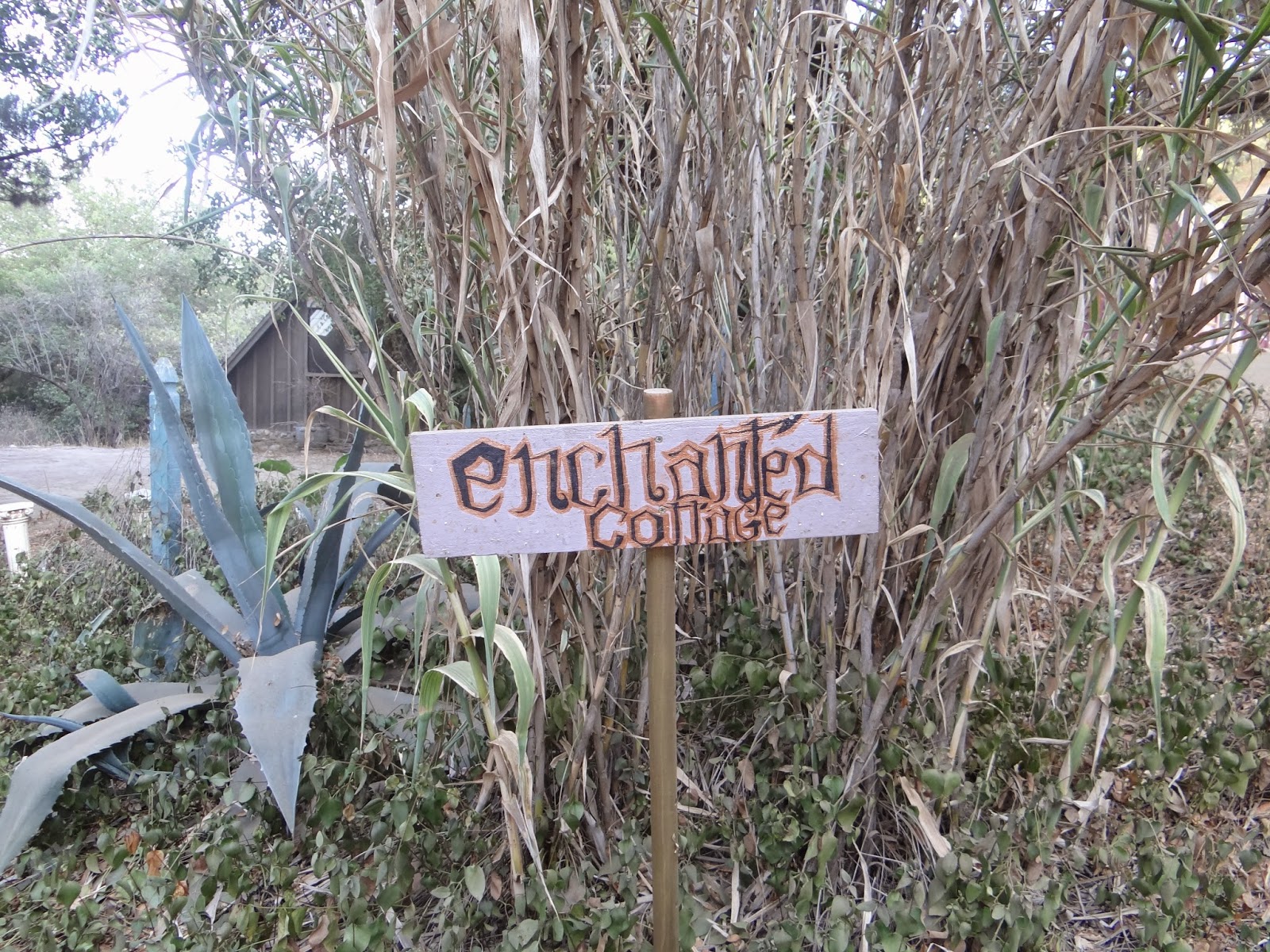 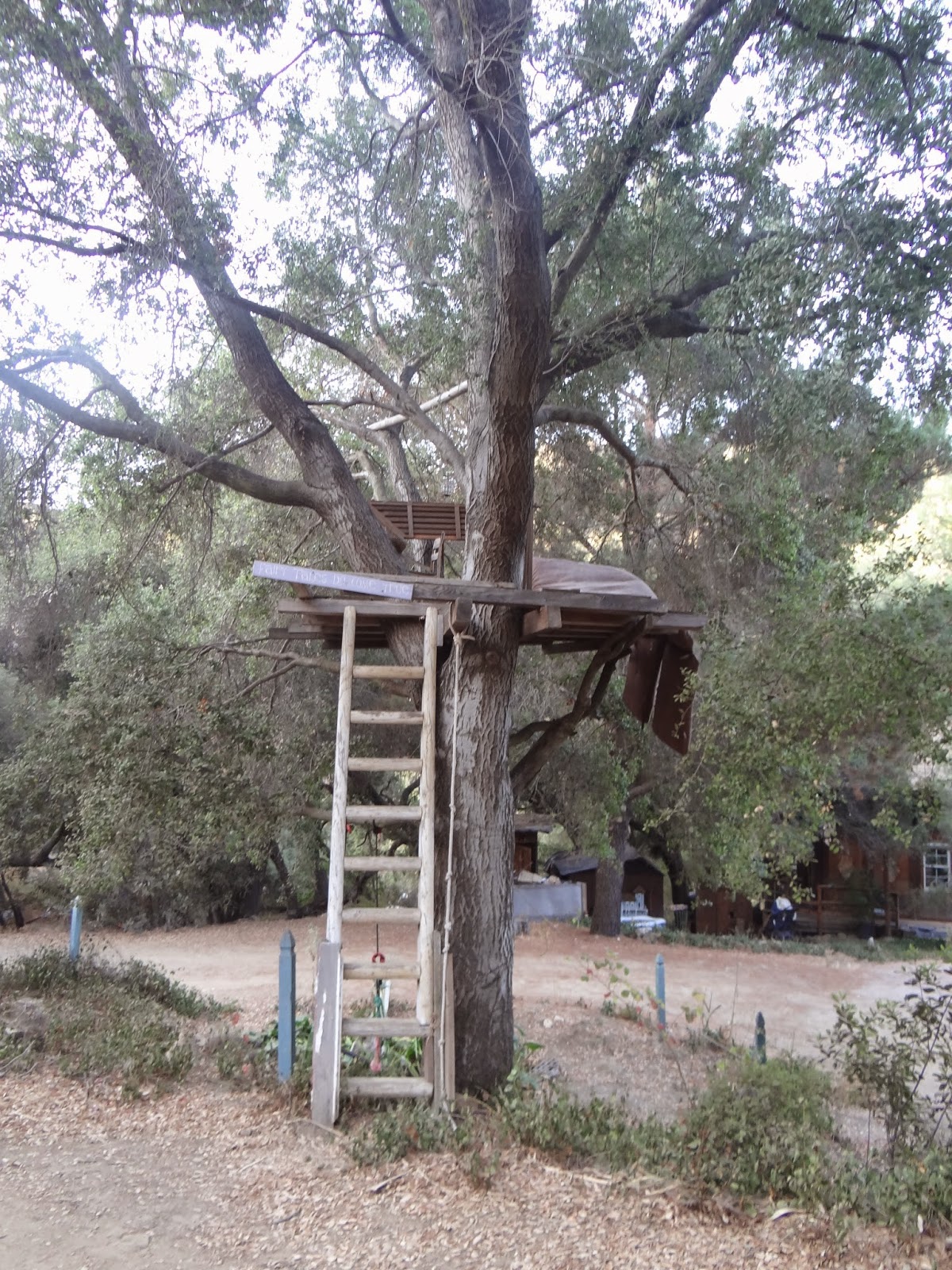 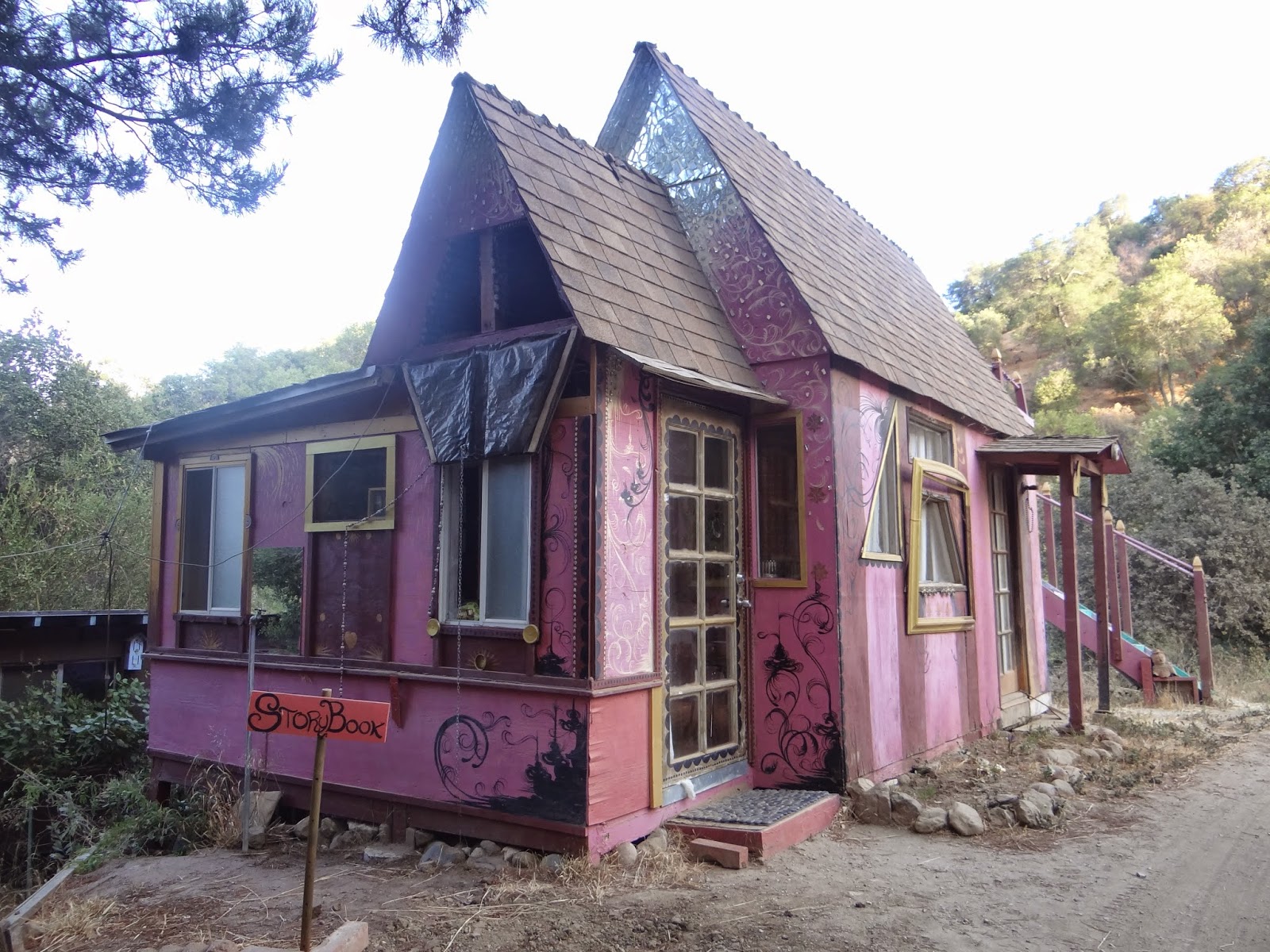 After our breakfast and tea on the balcony we drove out to Venice.  We had coffee at Dogtown Coffee, which was once home to the Zephyr Surf Shop.  This is essentially where modern day skateboarding was born.  There is a great documentary “Dogtown &Z-Boys” about the Zephyr Surf/Skate team in the seventies and how they revolutionized skateboarding.  I love the way the documentary was done from an artistic perspective and it has a fantastic seventies soundtrack as well. 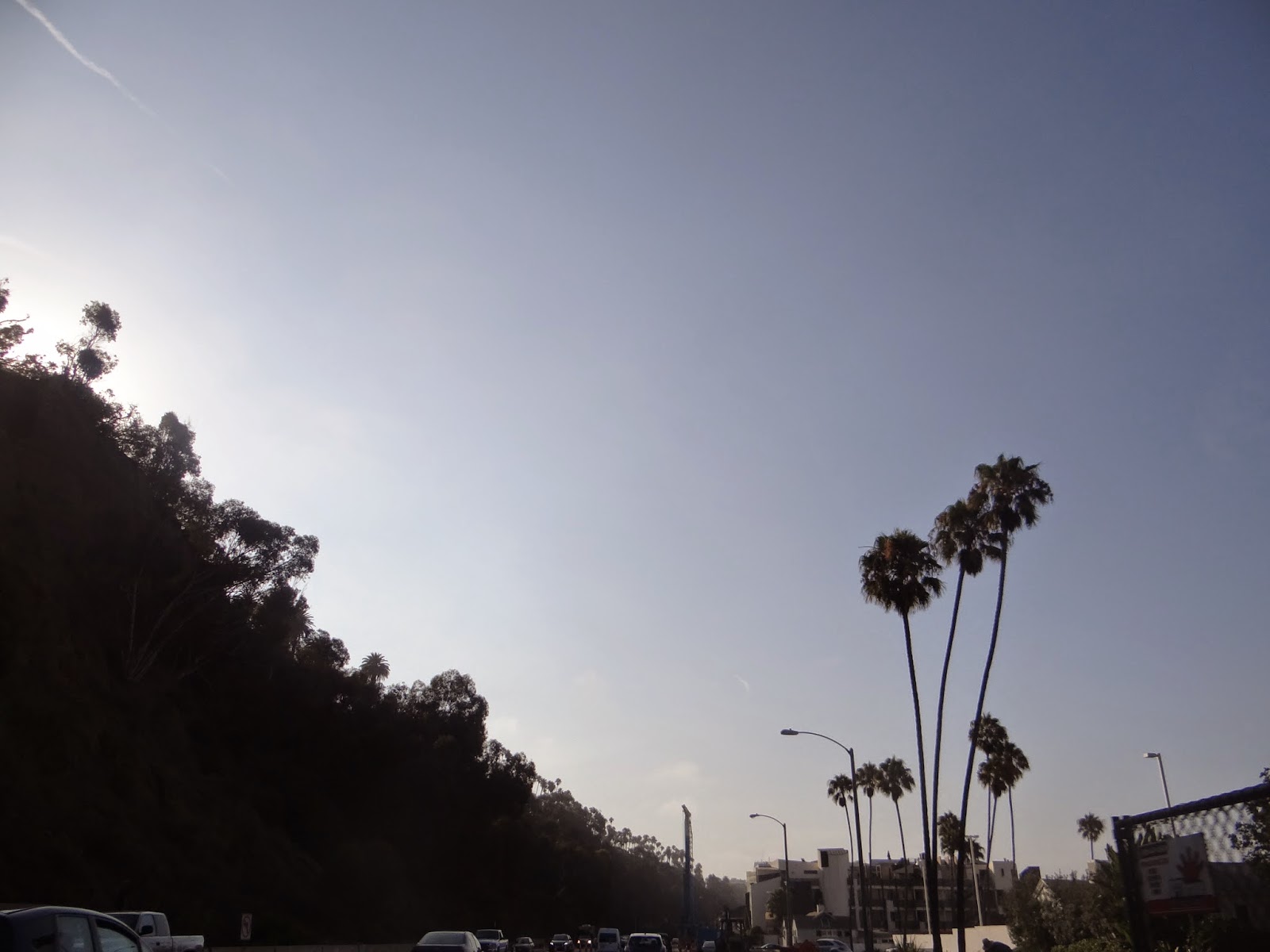 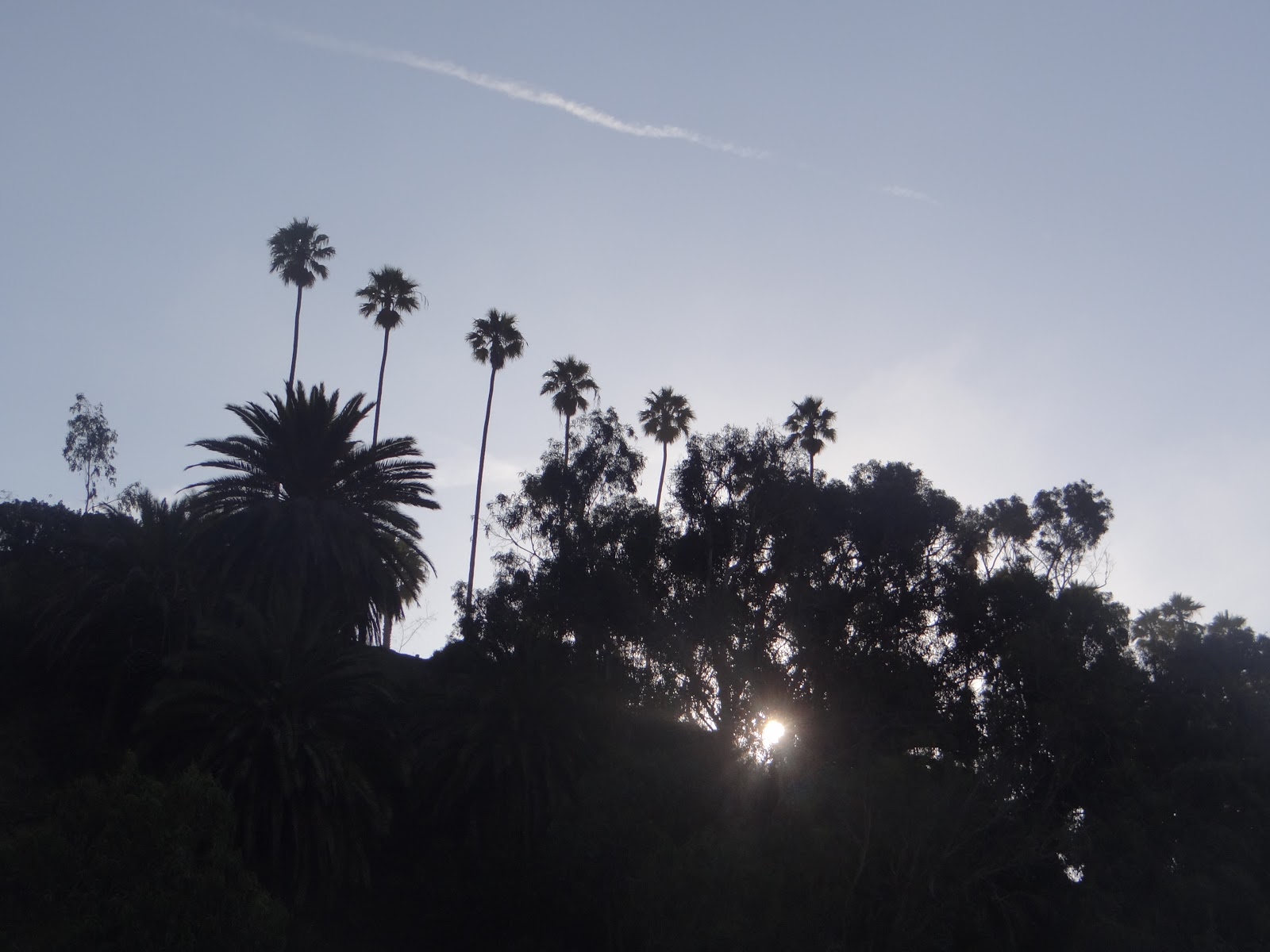 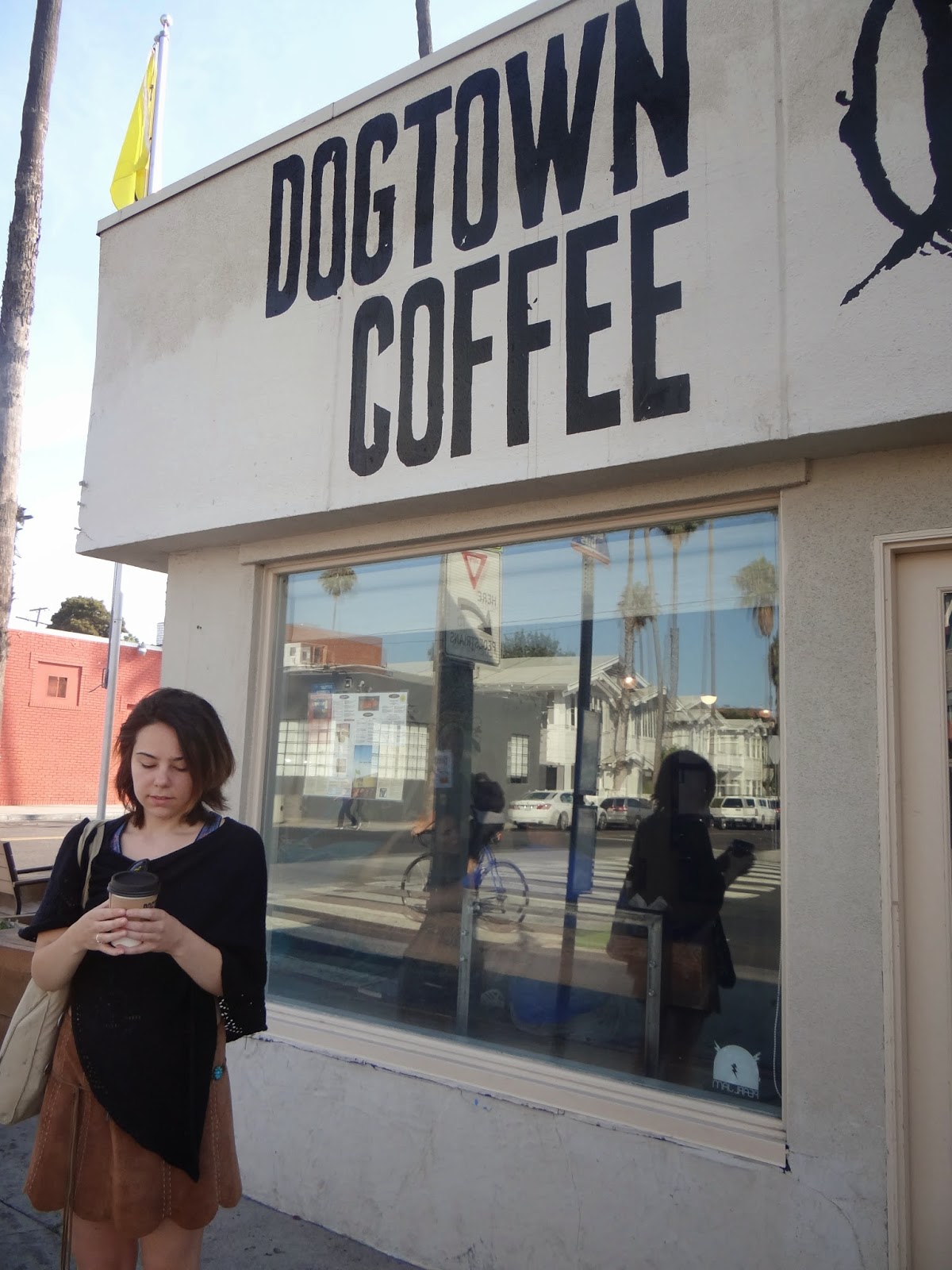 From there we walked down to the Venice boardwalk and took a stroll along the beach to Santa Monica.
We were there early in the morning and got to see the surfers out to catch the day’s best waves.  It was nice without the crowds as I imagine this area is flooded with people midday. 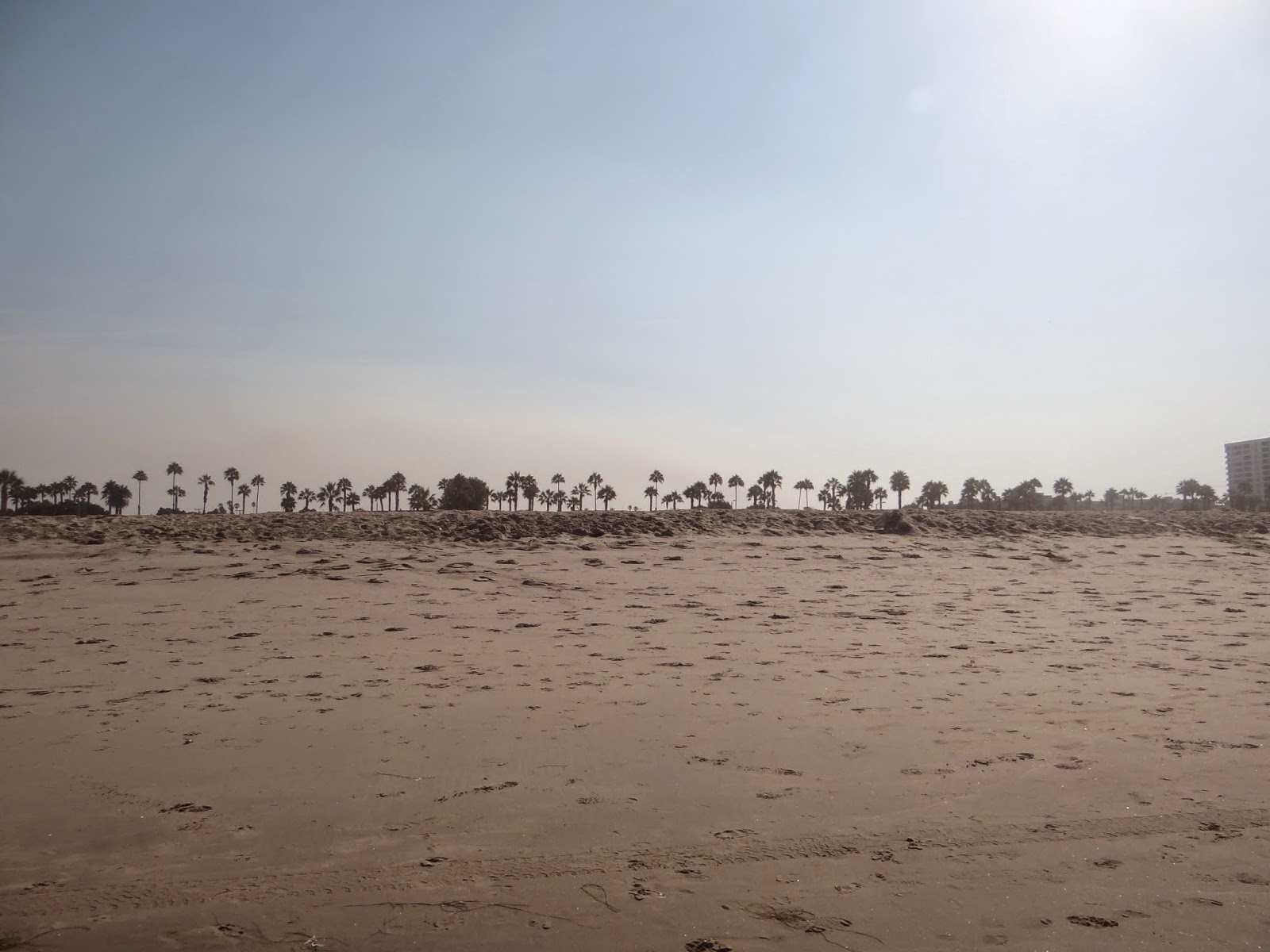 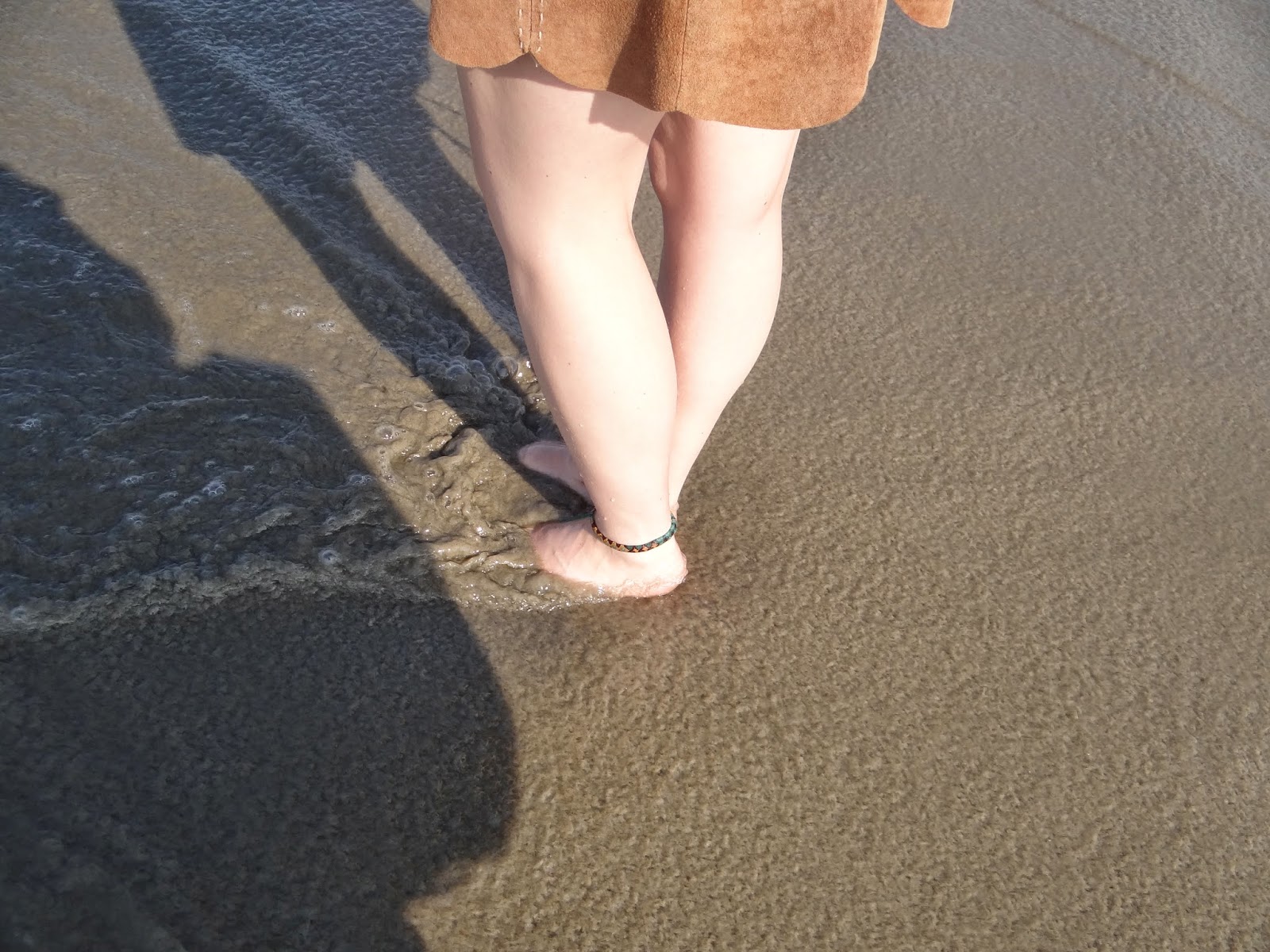 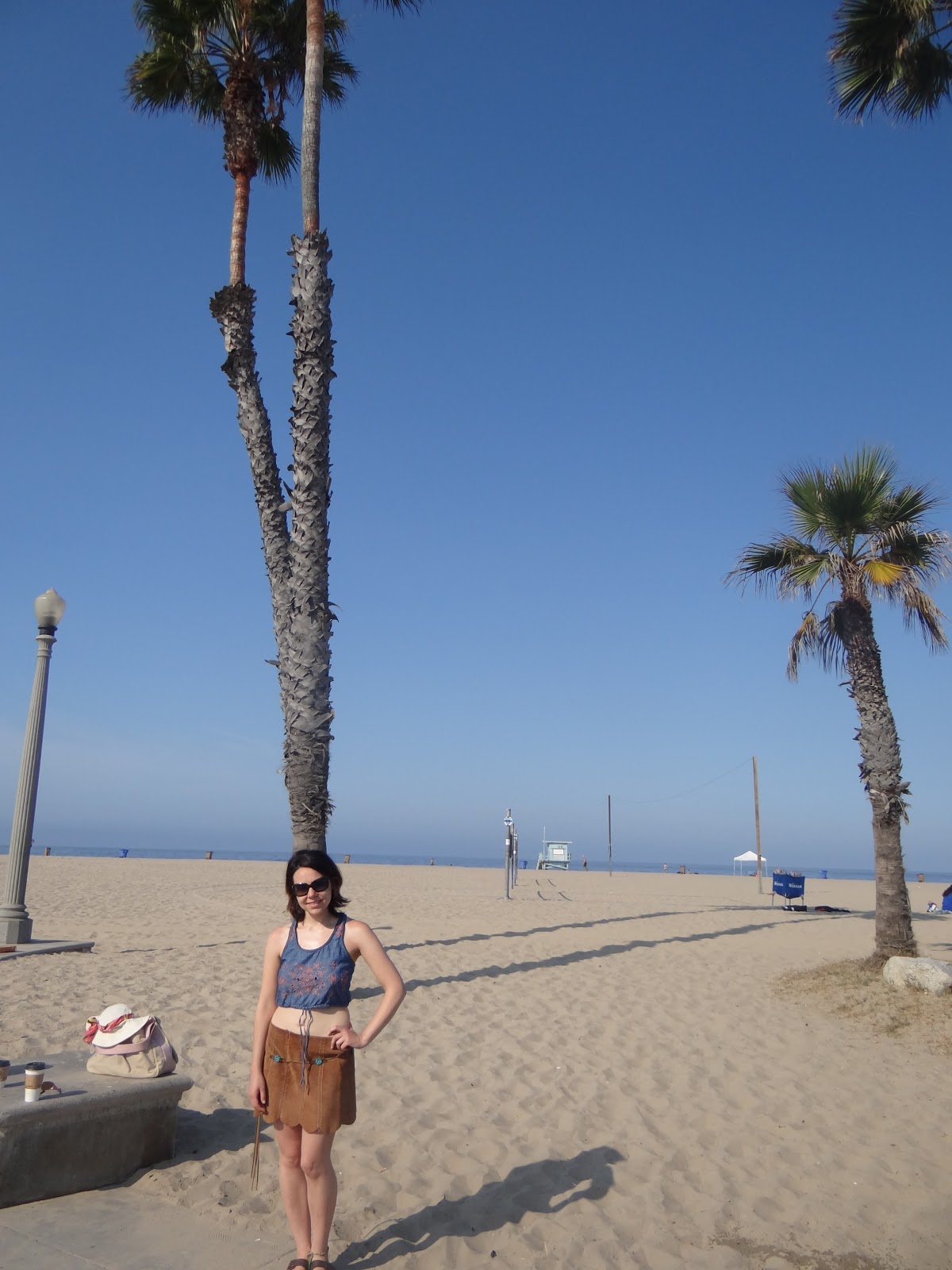 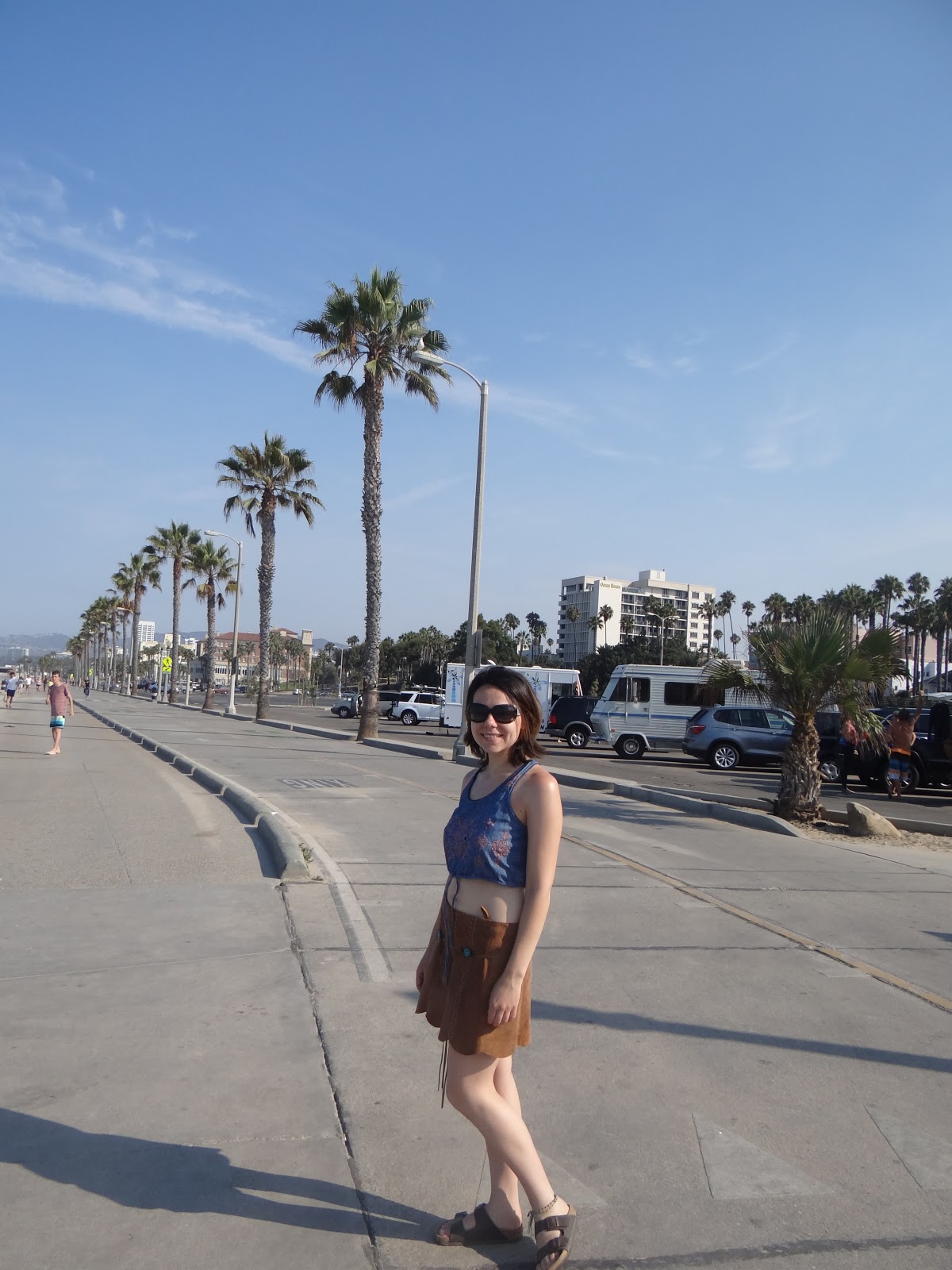 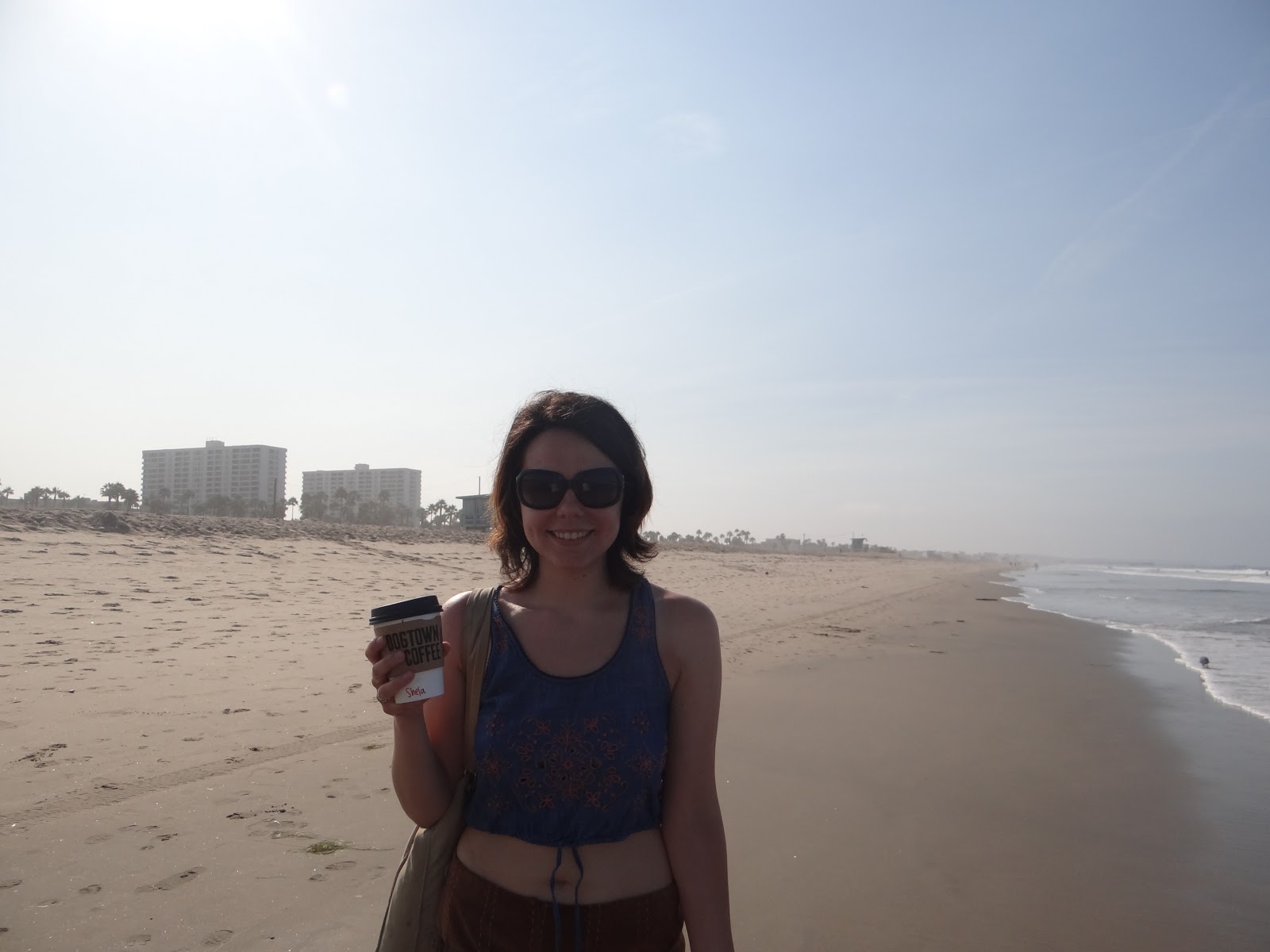 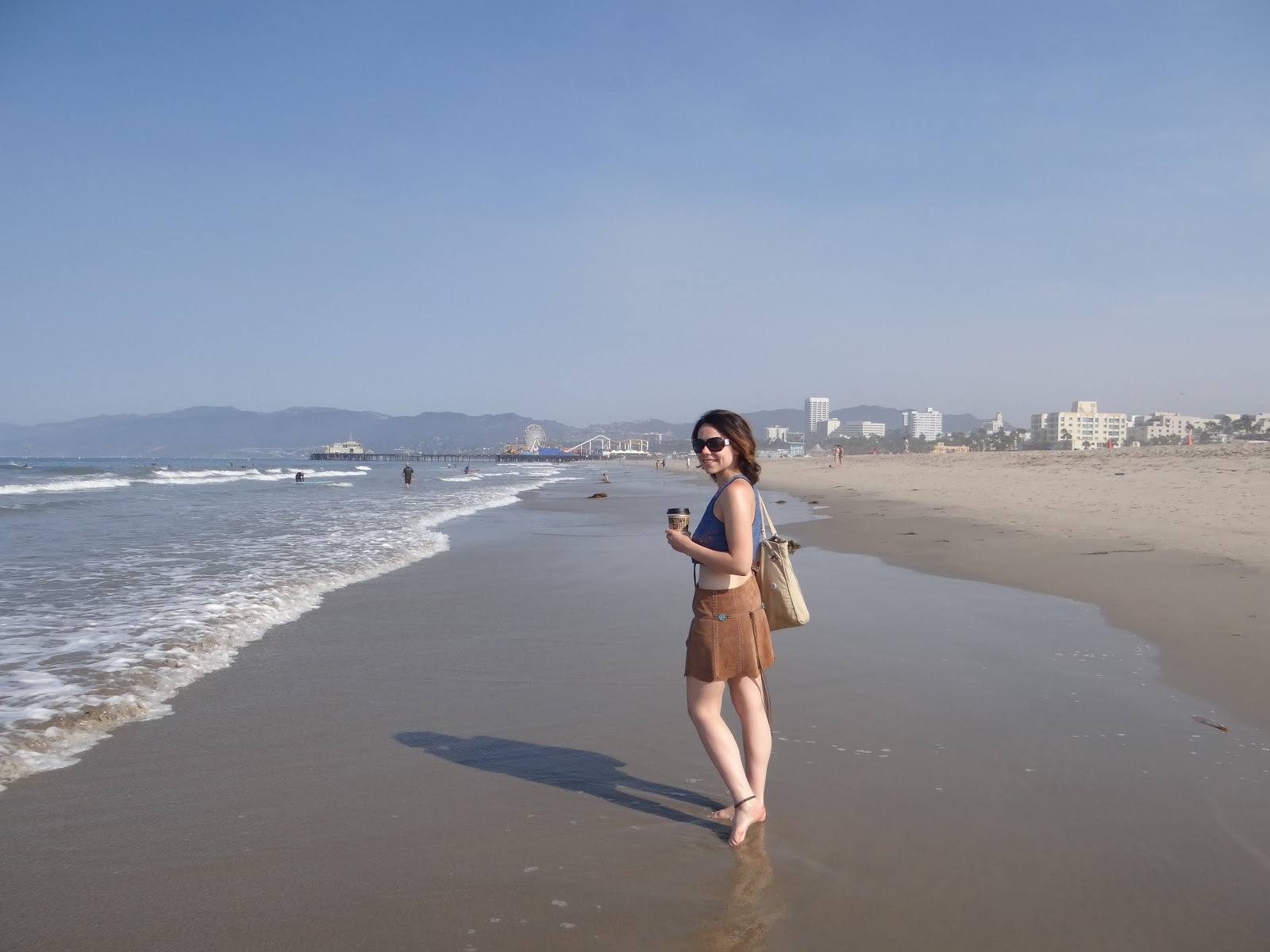 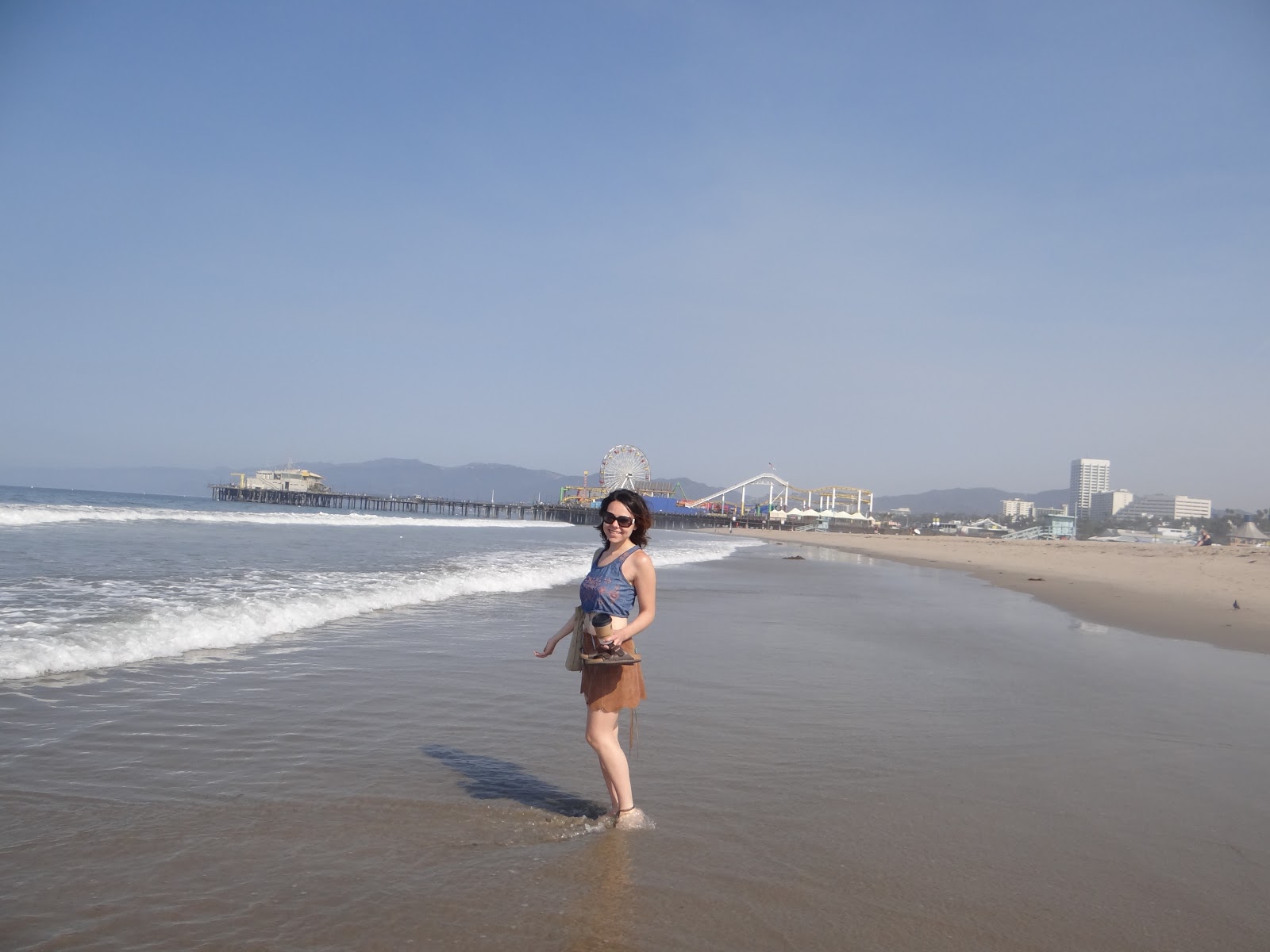 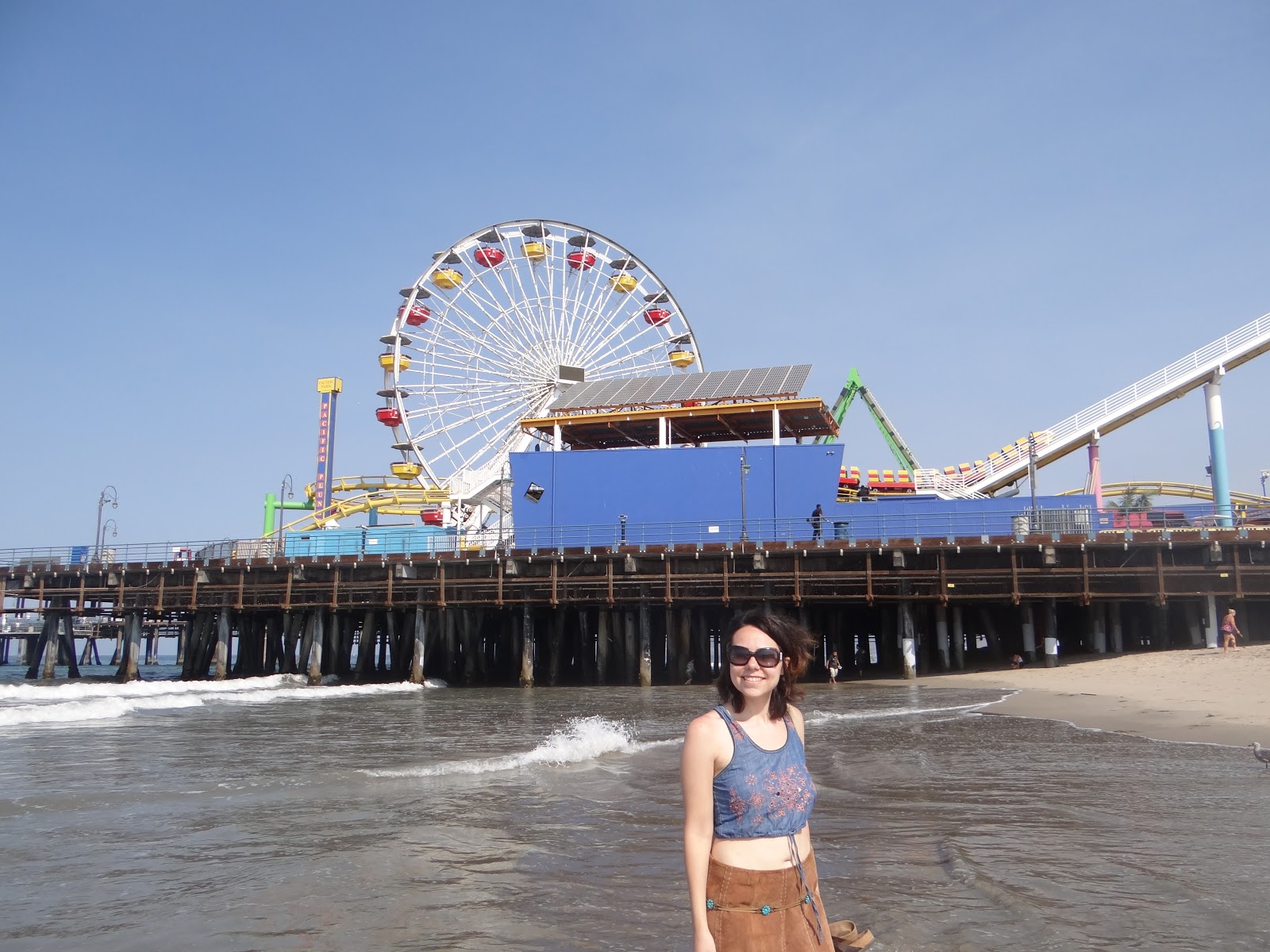 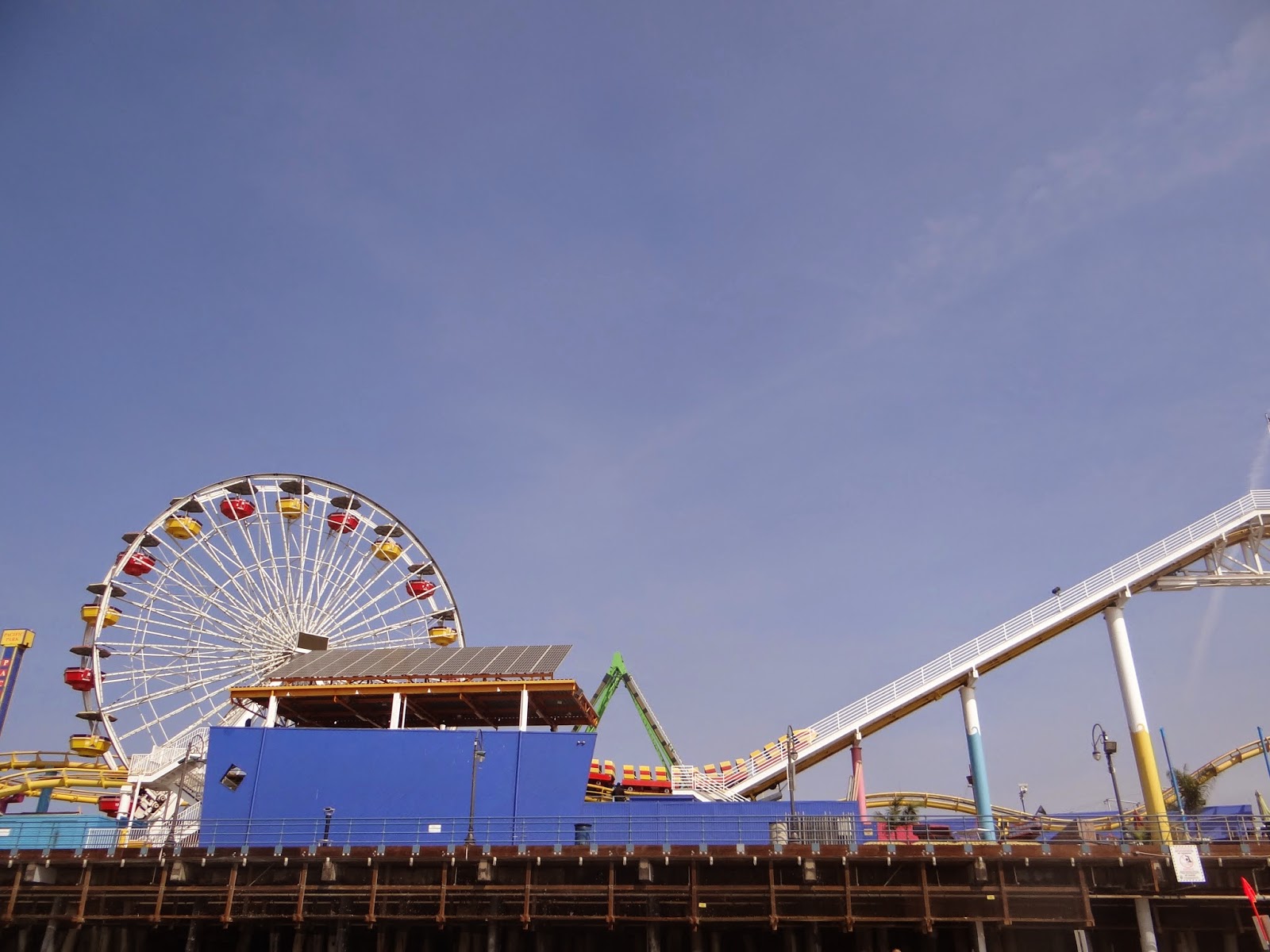 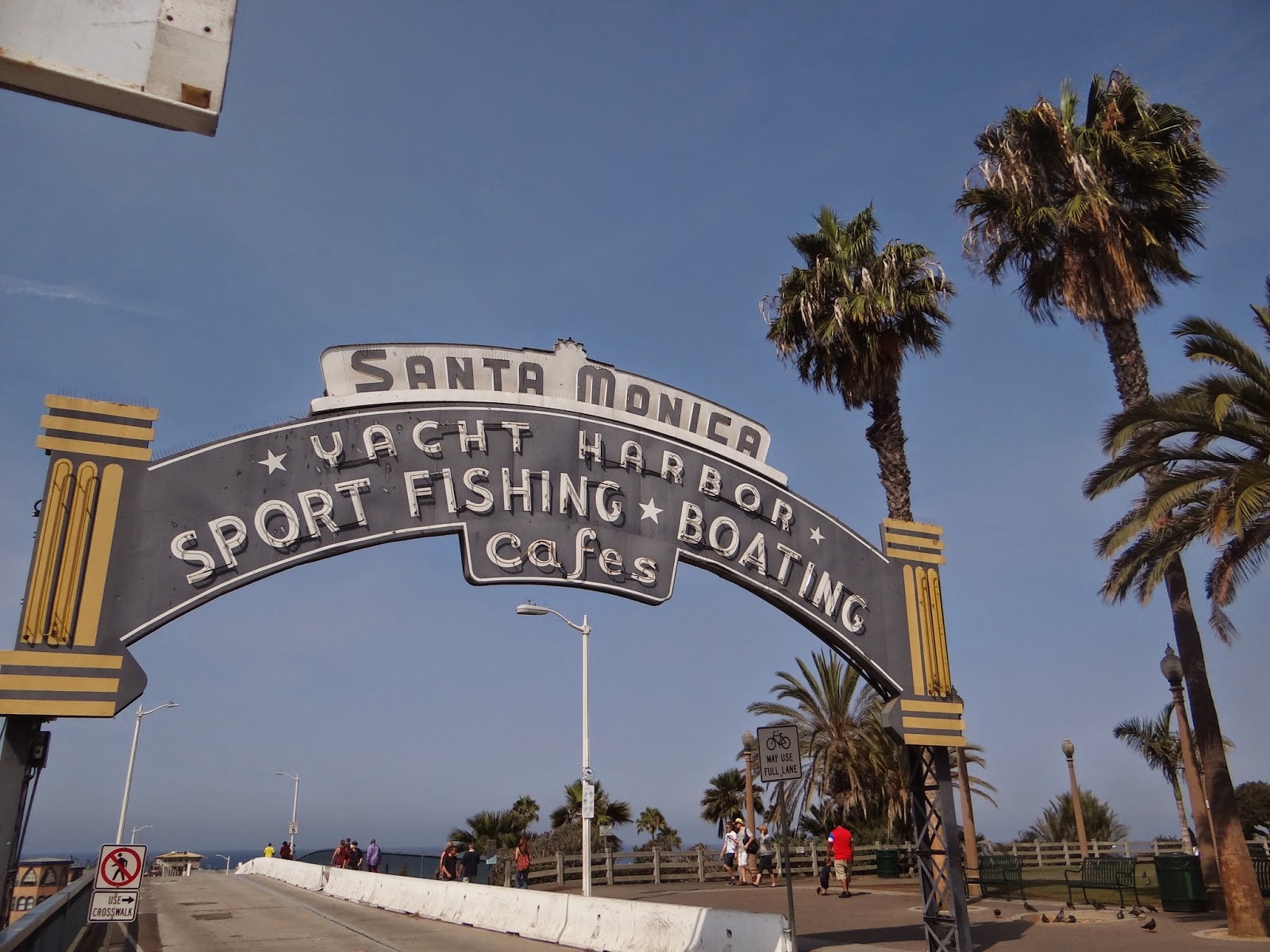 The biggest reason I wanted to come to Los Angeles is to see this old People’s Temple church.  People’s
Temple was a church, which turned out to be a religious cult, founded by Jim Jones who moved out to California in the sixties from Indiana.  He led his followers to believe they were a part of a community and convinced nearly a thousand people to move down to Guyana with him.  There they would begin “Jonestown” an agricultural project in the jungle of South America.  Though they found when they arrived, they were stripped of their passports and worldly possessions and forced into taxing manual labour for long days in Guyanas humid weather.  They were forced to engage in what he termed “White Nights”, where they were roused from their beds in the middle of the night and forced to listen to Jones’s conspiracy theories and prepare for “mass suicide”.  Eventually, after a few defectors escaped and brought back American Politicians to put an end to Jones’s dictatorship, the community was forced to drink a generic brand of Kool-Aid laced with cyanide.  Those who refused to concede were shot.  Jones died of a self inflicted gun wound to the head.

Jim Jones and People’s Temple Agricultural Project is one of the most interesting and terrifying depictions of social psychology in our history.  This year I read “Seductive Poison” by Dobarah Layton, her memoir of her time in People’s Temple.  She does an incredible job of depicting how easily someone can be captivated by what appears to be a revolution led by a strong leader.  It is not difficult to empathize with how Layton suddenly found herself in the middle of the jungle amongst paranoid peers she once called friends whom she could no longer trust, for fear they were conspiring against her.  Her tale of how she escaped from Jonestown and what she left behind to save her own life is incredibly courageous and honest.  The documentary “Jonestow: Paradise Lost” which begins after the temple moved to Guyana is another informative and honest depiction of the Jonestown Massacre.  The documentary includes actual footage from the seventies as well as present day interviews with survivors, including Jones’ son.  The reenactments are well done.  The similarity of the actor who plays Jones is uncanny.

This church, now a Spanish Seventh Day Adventist Church was one in which Jim Jones preached, staged faith healings and convinced his followers to assume a community lifestyle in the jungles of Guyana.  Unfortunately we could not go in, as it was locked. 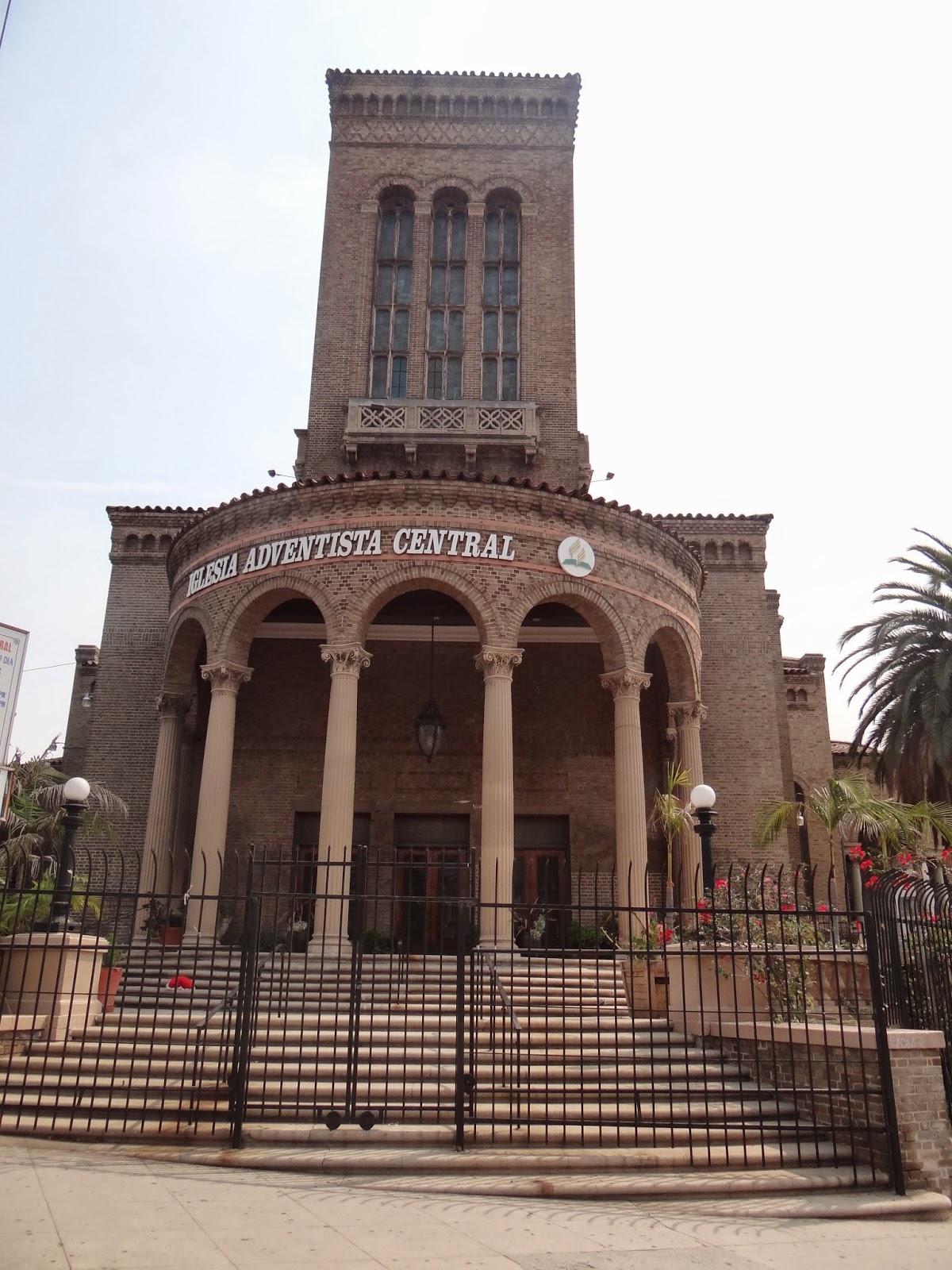 We then went out to Orange County to have lunch at Nadine’s, an Irish Pub owned by the singer Nadine Coyle.  Unfortunately it wasn’t opening until 3pm and we had a flight to catch.  We went to an unremarkable restaurant for lunch and then made our way to LAX for our flight.  It was very easy dropping our Hertz rental off.  There wasn’t much to do in LAX except sit on the floor and go through my pictures.  We had a very short stopover at the Vancouver airport, where we had to retrieve our luggage before boarding again.  I’ve never had to do that before and we almost missed our connecting flight. 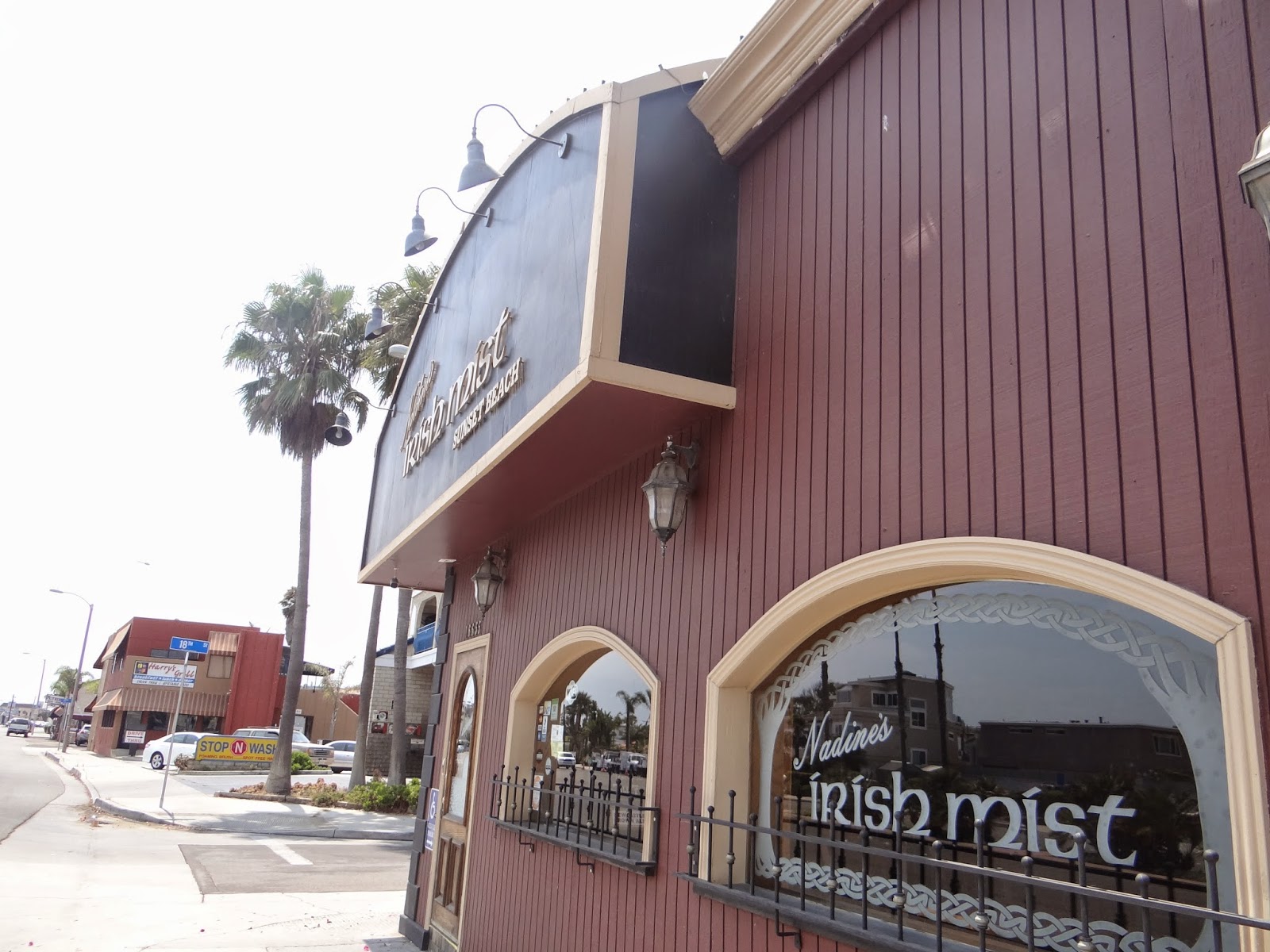 I’m not sure the next time I’ll be posting, I have some travel plans for March, but may post some general lifestyle events between now and then! 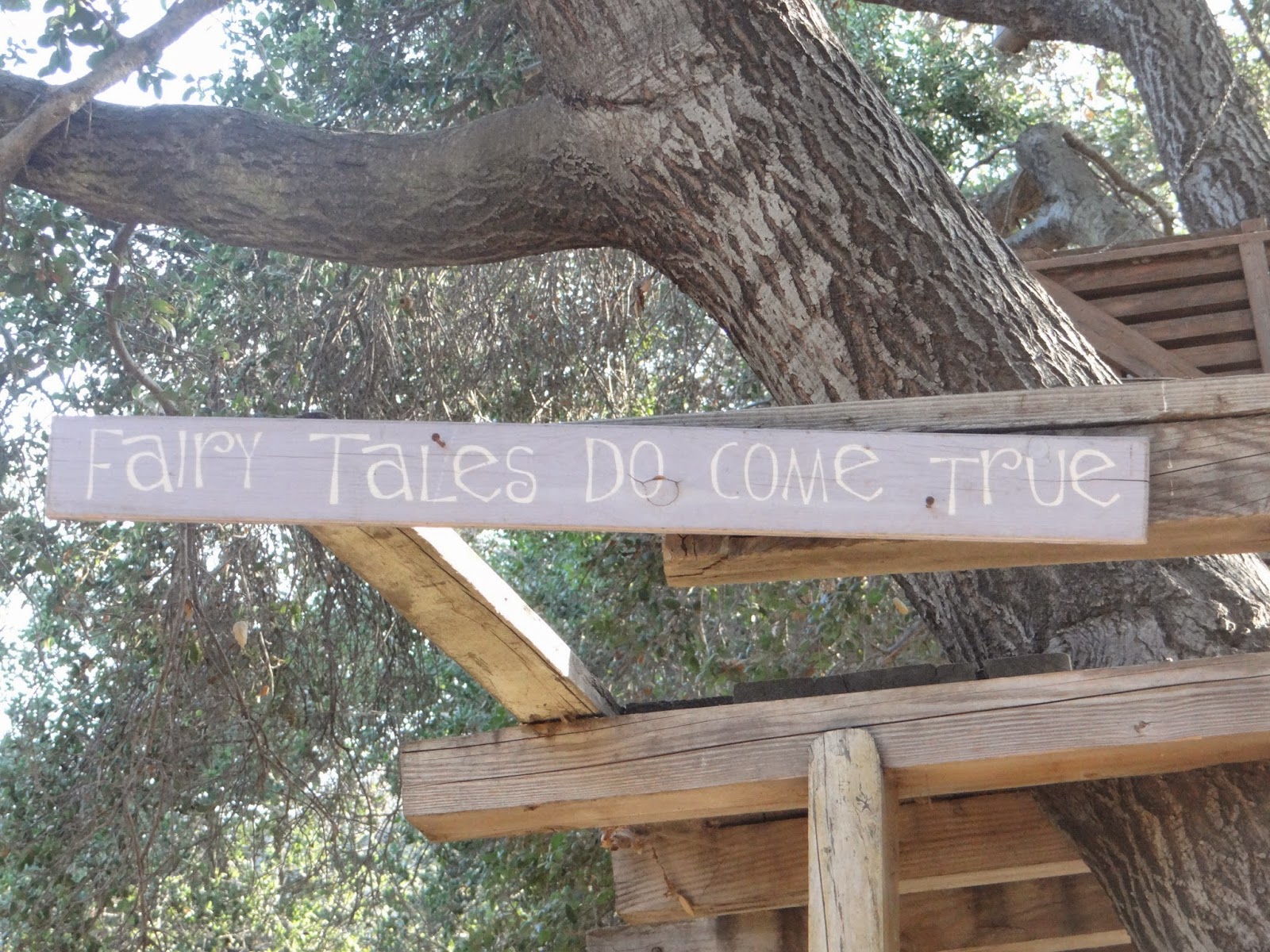