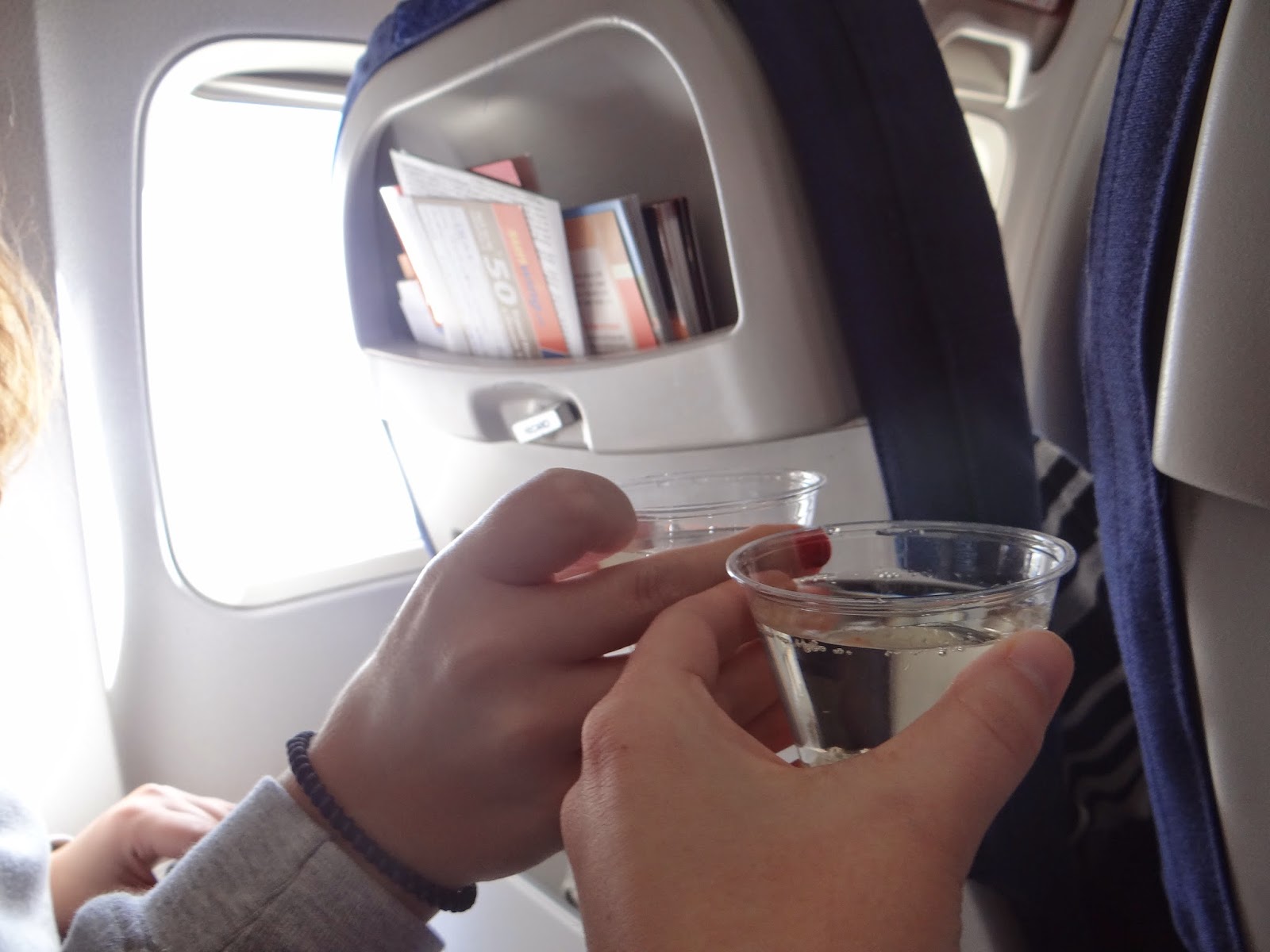 Last November my friend and I decided to escape the Canadian cold and take an all inclusive trip.  I had never been on an all inclusive before and figured it would be the most economical option to get away.  Neither of us had ever been to Mexico and I wasn’t terribly picky about were we went as I had never been anywhere in the Caribbean.  We decided on Cancún, which is an infamous party city where frat kids escape to on reading week (spring break).  However, since we were going in November we figured we would avoid most of that scene.  We booked through Sunwing (hence the complimentary champagne toast) and stayed at the Riu Cancún. 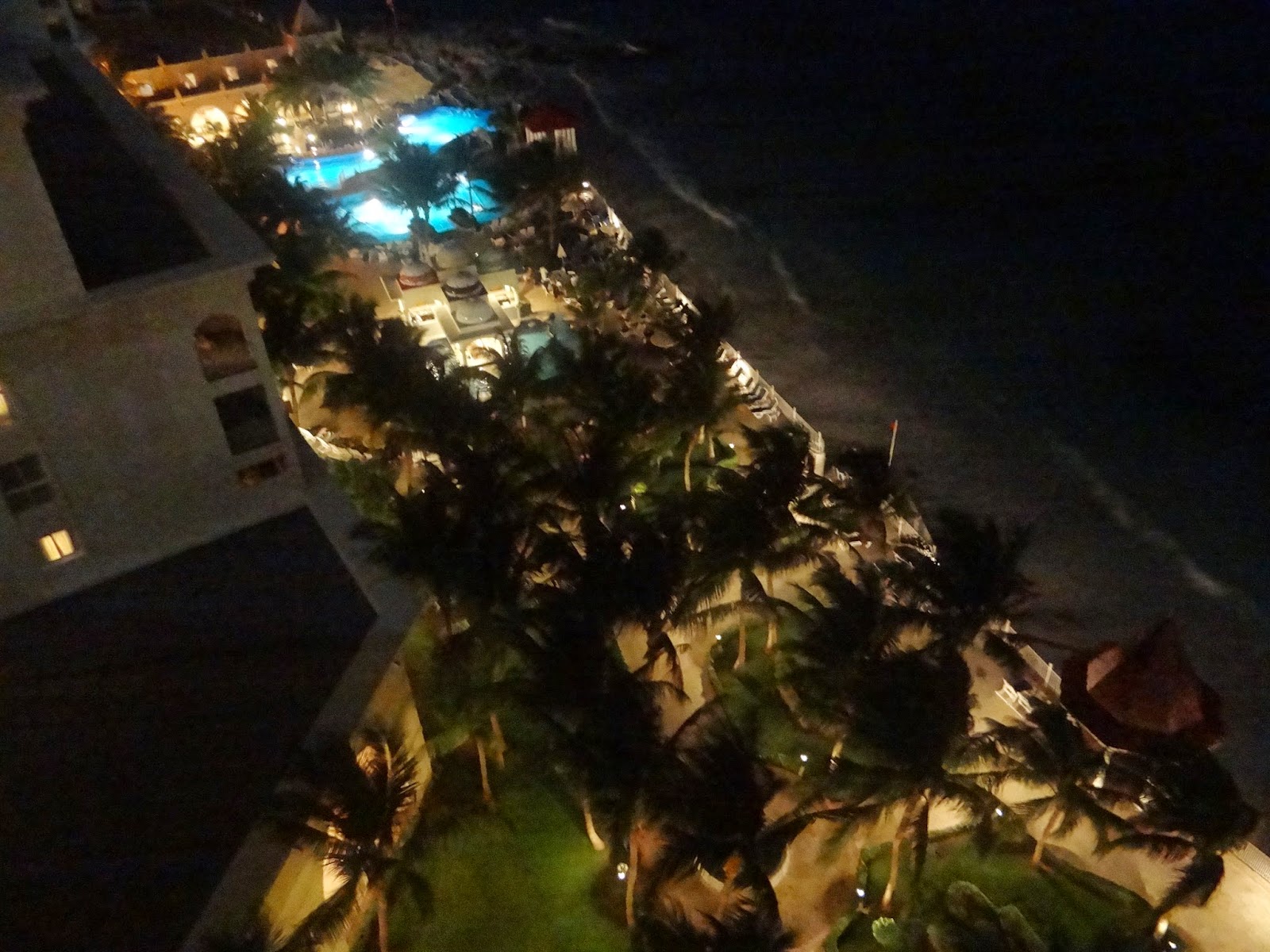 In all honesty I left most of the planning up to my friend as I found it a bit overwhelming.  When we consulted with a travel agent we left with three different resort books, each filled with hundreds of pages displaying vibrant turquoise water, white sand beaches, and fresh squeezed tropical cocktails.  Flipping through the pages everything looked exactly the same to me and it was incredibly difficult to narrow down.  I knew I wanted to be able to do yoga on the beach and go on some exciting excursions, but didn’t know what else to expect. 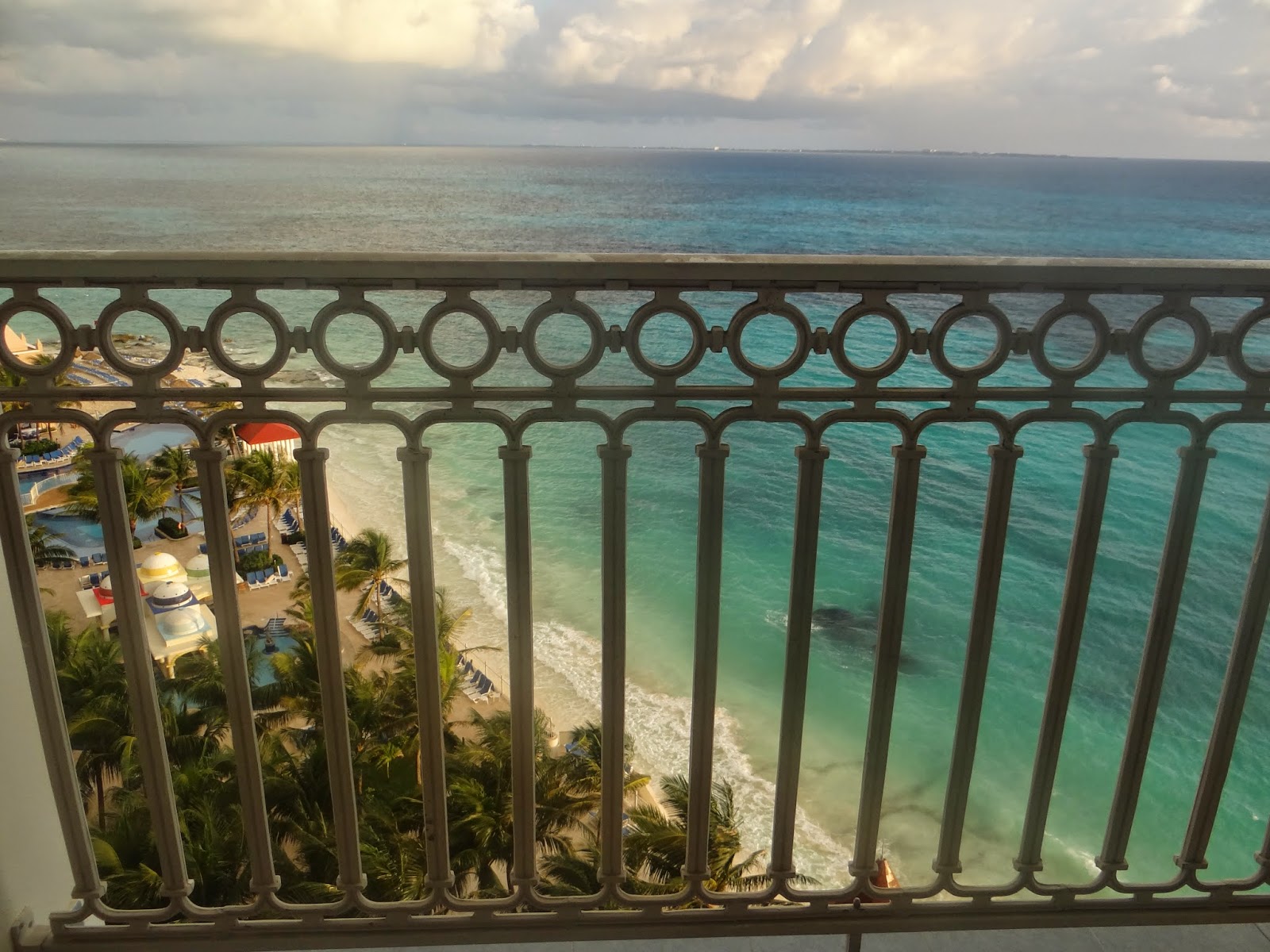 From Toronto the plane ride was an easy three hour trip early in the morning, so we still had a good portion of the first day.  When we arrived we were warned to find members of Sunwing who would shuttle us from the airport to our respective hotels.  We were told other taxi drivers would attempt to take us, but they were not to be trusted.  I was a bit shocked when one of the first things I saw upon landing in Mexico was officials unloading a truck of suitcases for dogs to perform drug searches on. 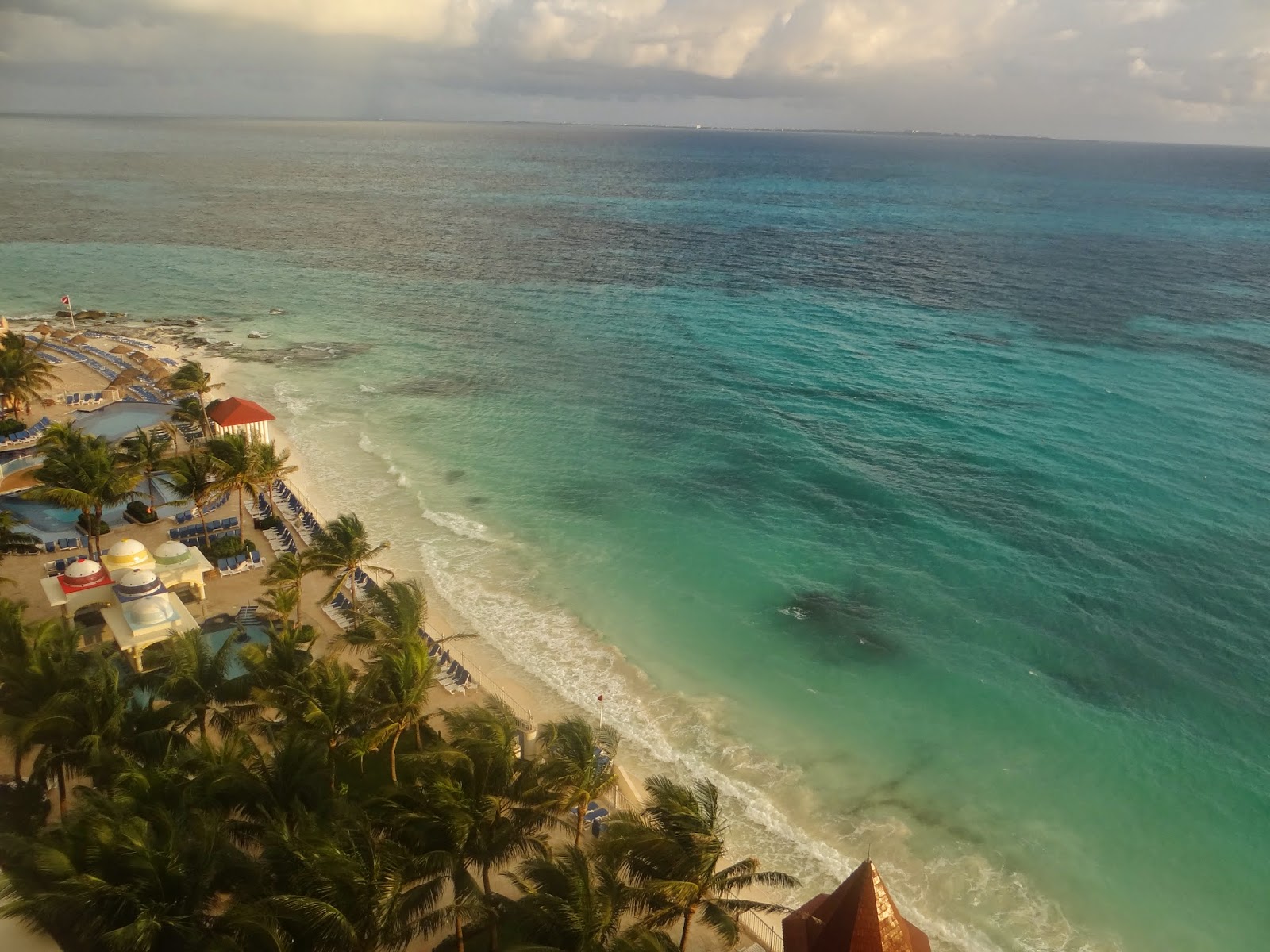 Our first day we checked in and immediately put our bathing suits on to go for a swim in the Caribbean sea, which was lovely.  The above two photos are our view from our room.  The sea air felt incredible and we slept with the sliding door of our balcony open each night to wake up to the sound of the tide.  The resort had five pools, a large one, a wading pool with swim up bar, a third and two infinity pools. 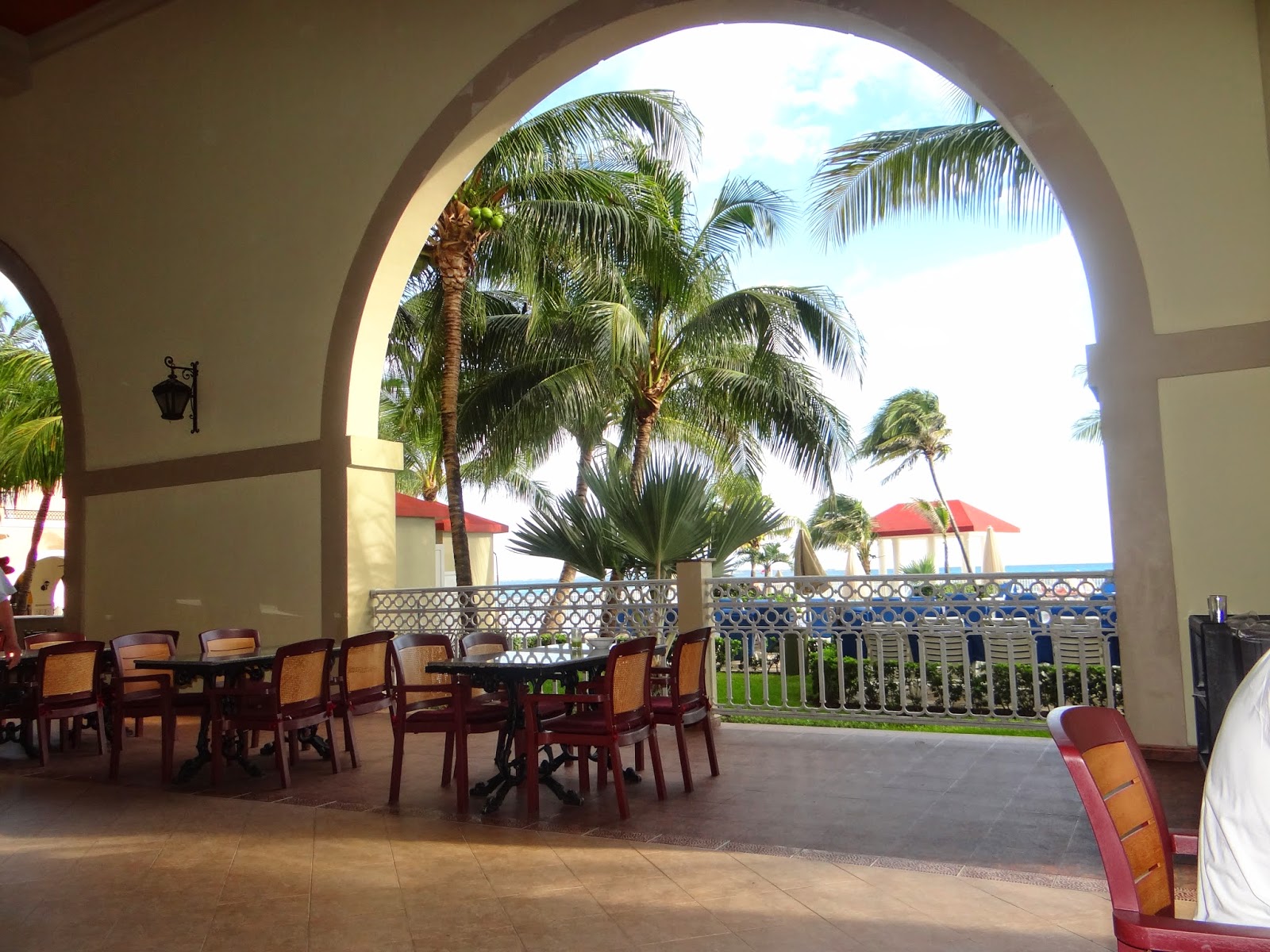 This is the outside dinning area.  The food was amazing.  I had salsa and guacamole and every single meal.  Never got old.  I didn’t like the classic Mexican coffee however.  It comes already sweetened and I take mine black, so that was a no go.  There were plenty of freshly squeezed juices though and of course plenty of cocktails, my favourite was the Piña colada. 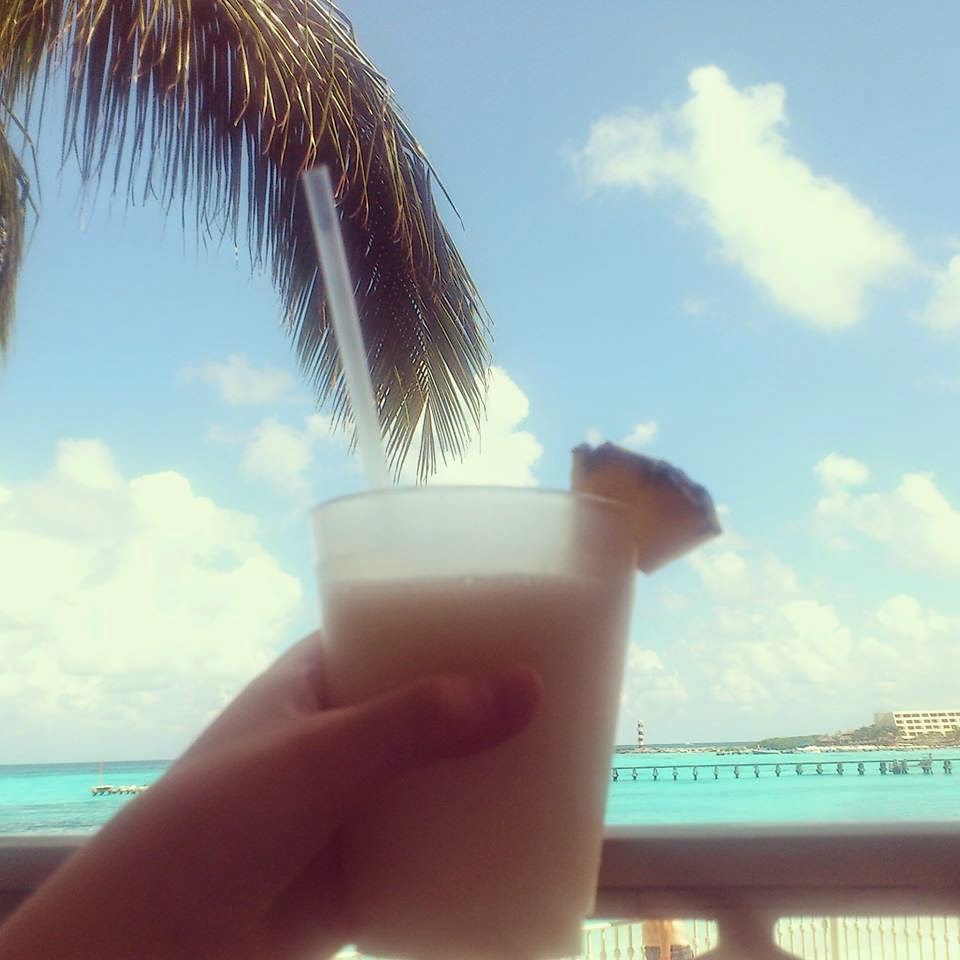 The Riu filters all the water on the resort.  Since Hepatiti A and B are endemic in Mexico you must be sure not to drink unfiltered water.  It is safest to drink bottled water (make sure it’s sealed some resorts have been found guilty of refilling the bottles).  Which is sad and was incredibly difficult for me to see the amount of plastic on rotation in the resort.  With the amount of money pouring into these American resorts surely the wealth can be spread around to help prevent the spread disease.  I actually think it would be a great campaign if it was mandatory to be vaccinated for those travelling to an infected area and to sponsor at least one local for a vaccination to help the eradication of diseases where locals aren’t able to afford vaccination.  Be sure to get vaccinated as soon as you know your travel plans, I was late and thus could only get a vaccination for Hepatits A which is contracted through contaminated water, Hepatitis B is contracted through the blood and thus is less likely to be transmitted, unless you are engaging in sexual activities or using needles.  Even if you are sticking to bottled water, be conscious of places where water exists even if you’re not drinking it directly ie. on fresh fruit, or vegetables, juice etc. 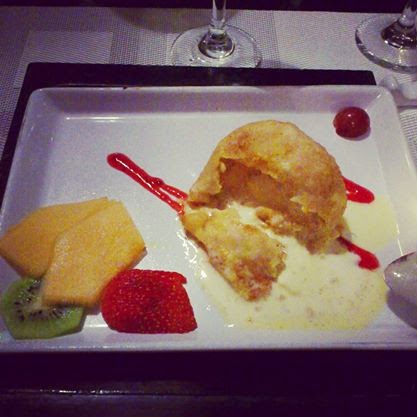 Our resort had three restaurants to choose from, other than the buffet, each required reservations, but were also included in the original cost.  We had made reservations at all three, a sushi, steakhouse and brazillian restaurant.  We only ended up making the sushi reservations though as we often lost track of time.  Sushi though is my favourite cuisine and the buffet never disappointed so there was not real loss in missing the other two reservations.  For desert I tried deep friend ice cream, which I had never had before. 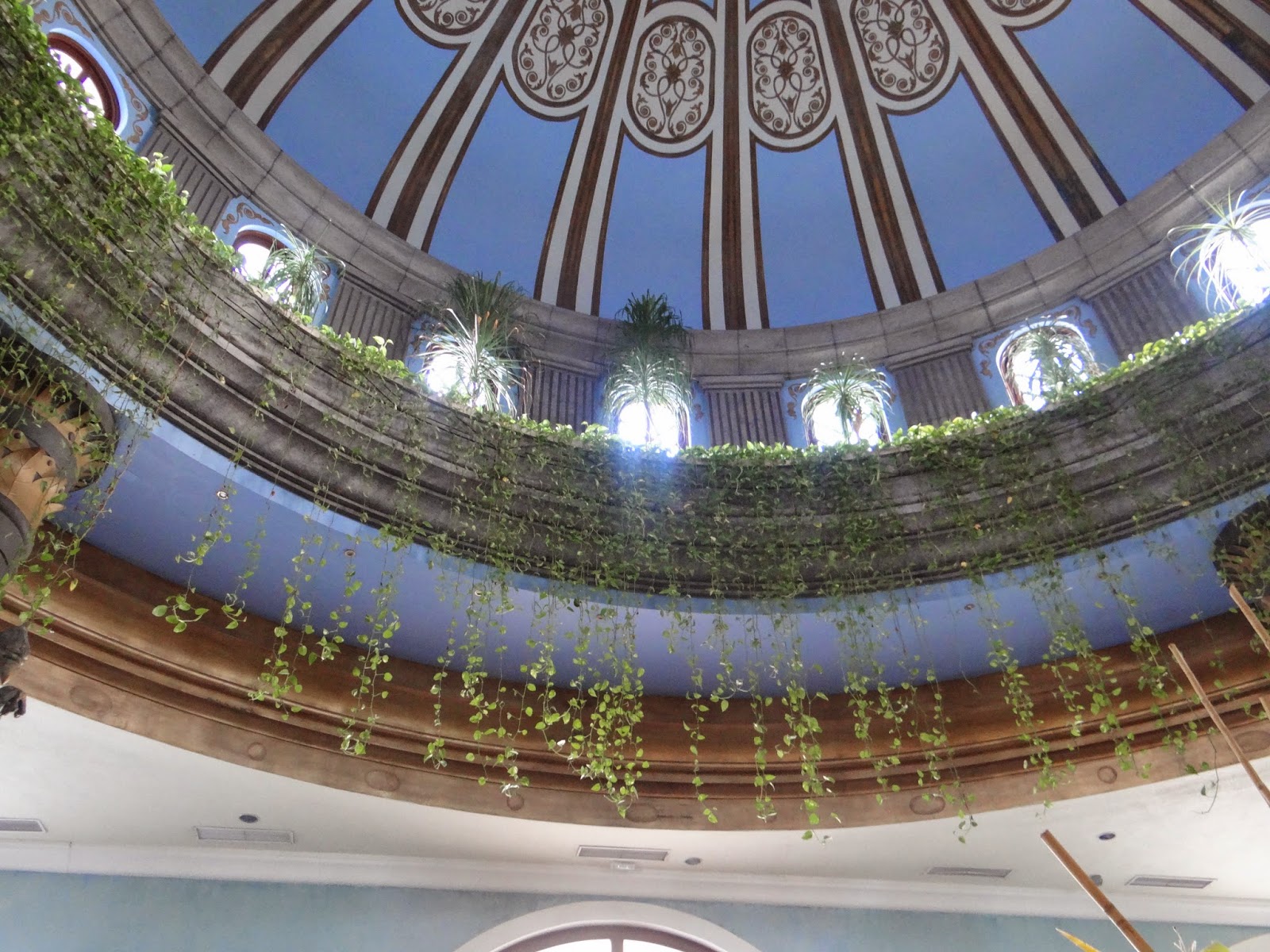 The ivy in the beautiful reception lounge. 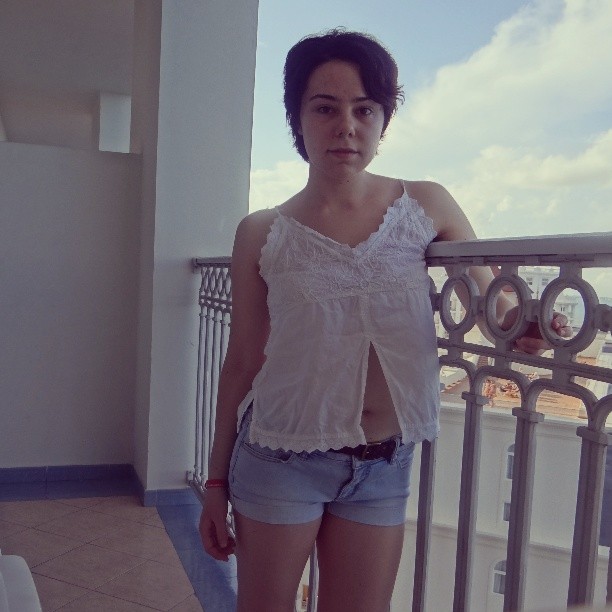 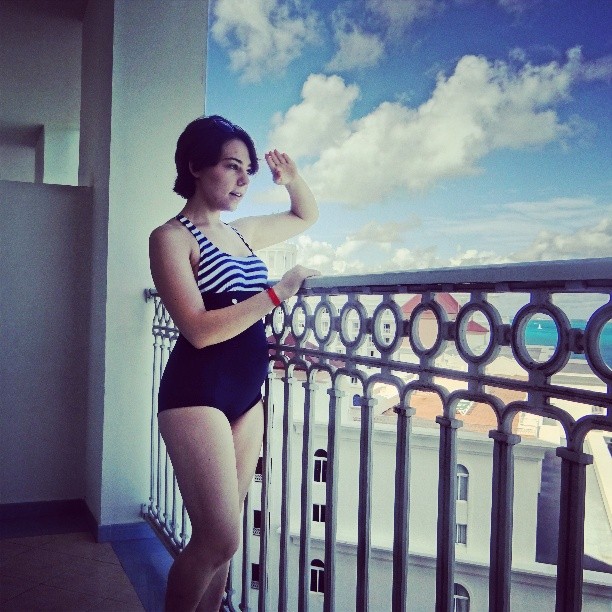 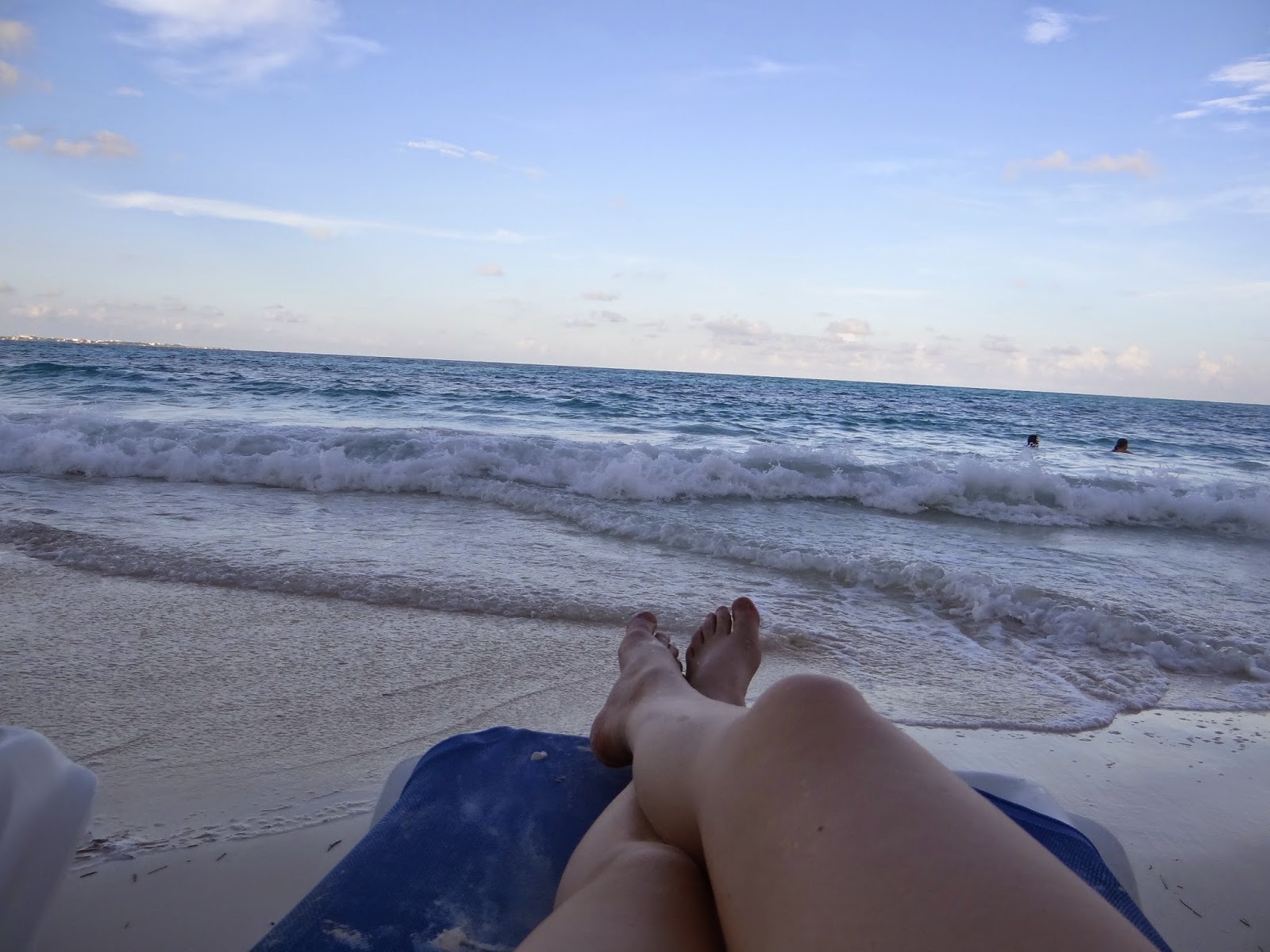 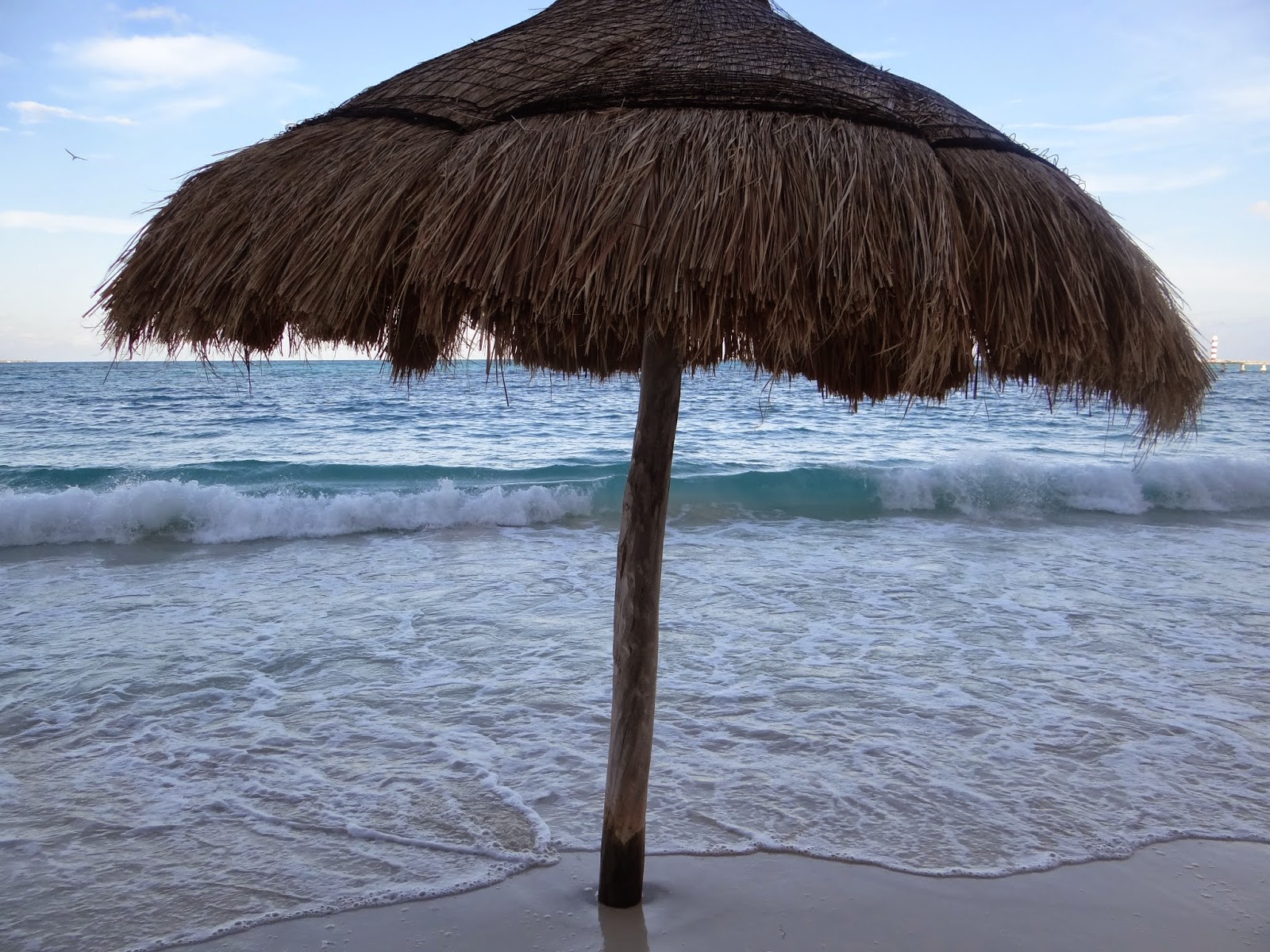 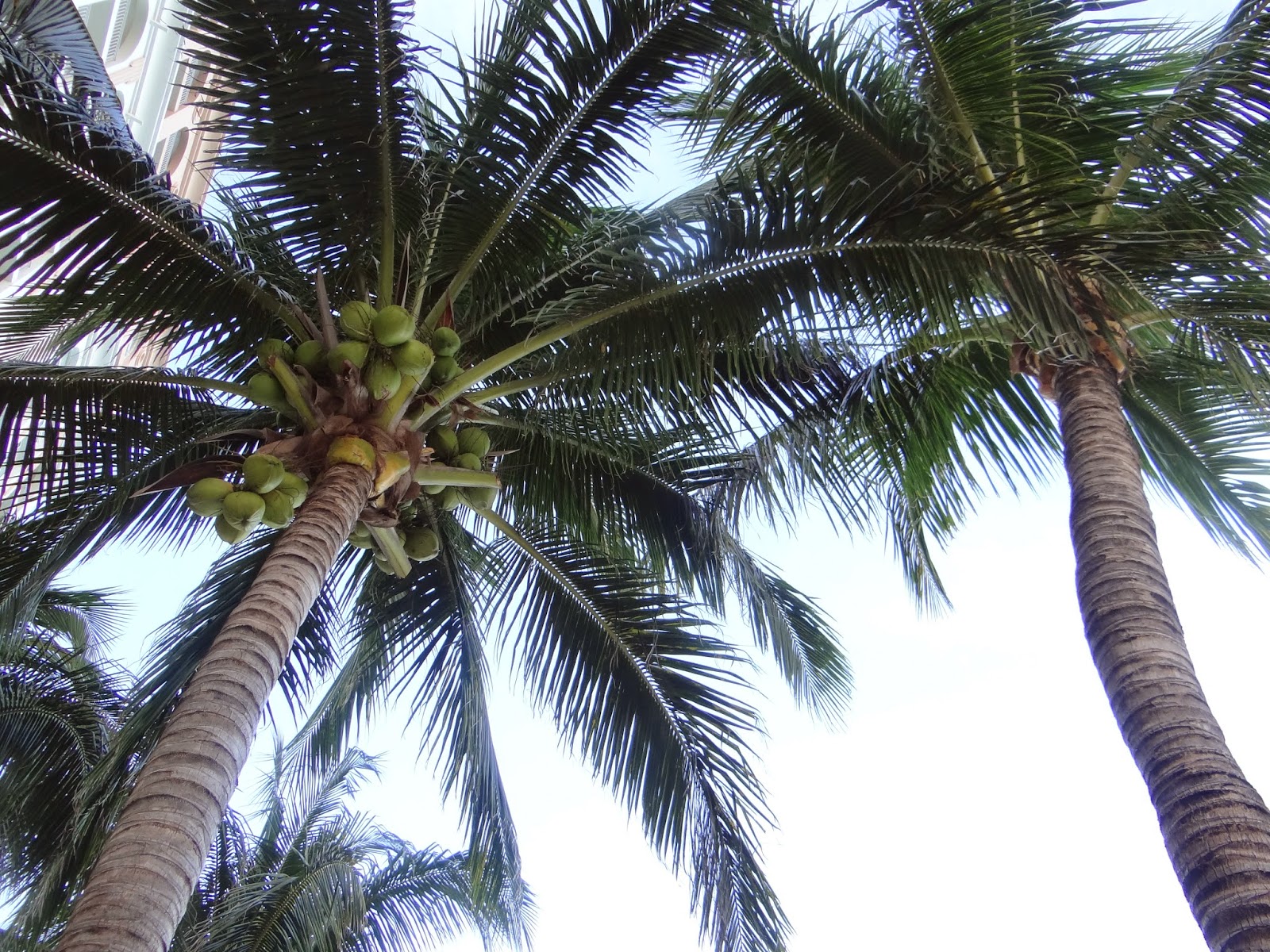 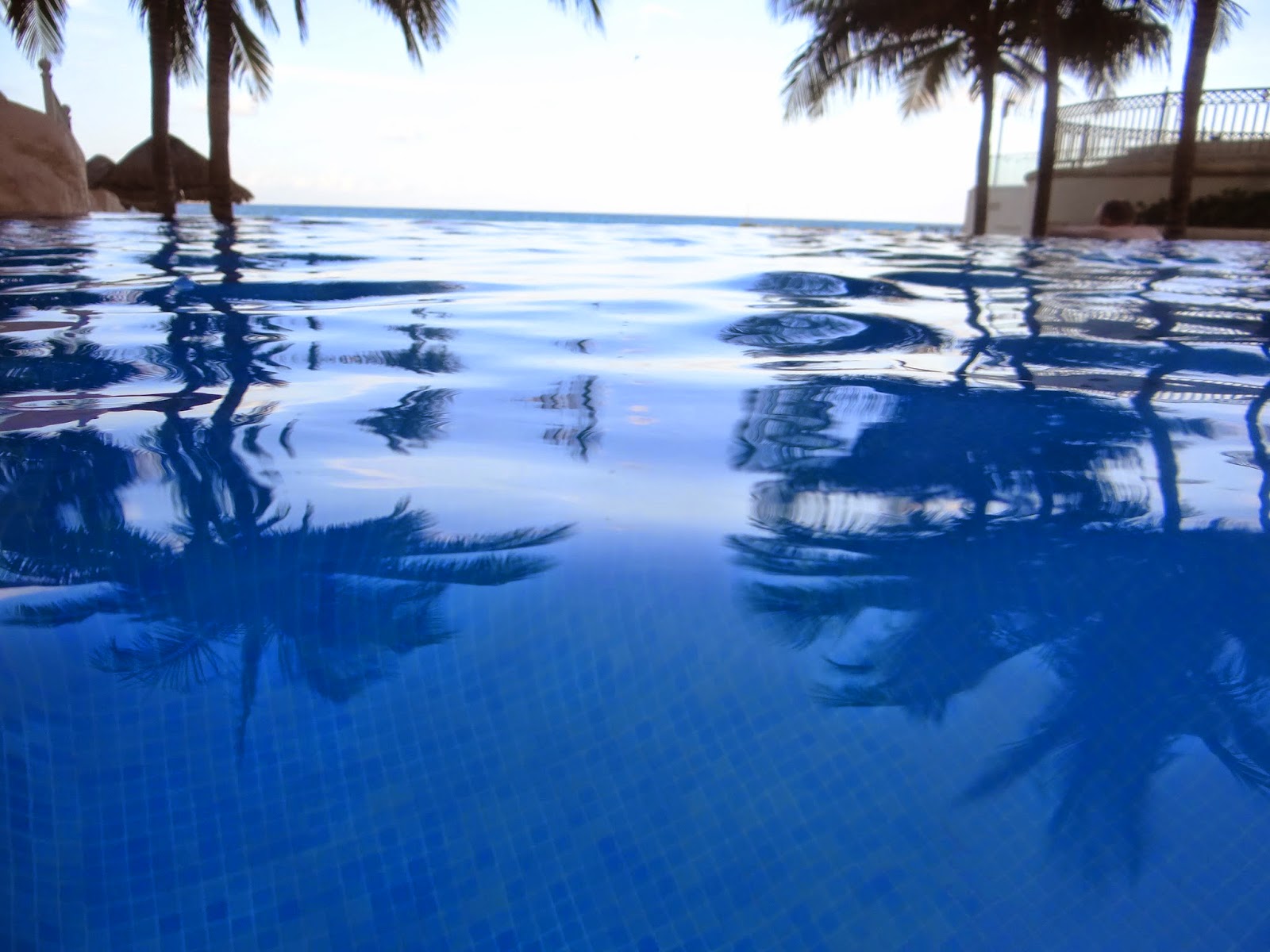 Other than swimming and eating there isn’t too much to do at the resorts.  They have a lot of activities, but they are mostly silly games and a few sports.  I did yoga on the beach every morning, which was really lovely.  I also went para-sailing, which is not nearly as exciting as it looks.  My friend being afraid of heights did not want to join me, but once you’re up there you just float and it is really quite peaceful.  It was a fun experience, but don’t expect it to satiate your inner adrenaline junky.  I did get to spend a lot of time reading though, which was nice since it’s one of my favourite pastimes, which I never make enough time for.  I read Orange is the New Black, if you haven’t read it yet or seen the show I highly recommend it.  I couldn’t watch the first season fast enough, though to be honest I never made it through the second season, perhaps I’ll revisit it this winter.  The book though, is well written and more realistic than the show, a very quick and enjoyable read. 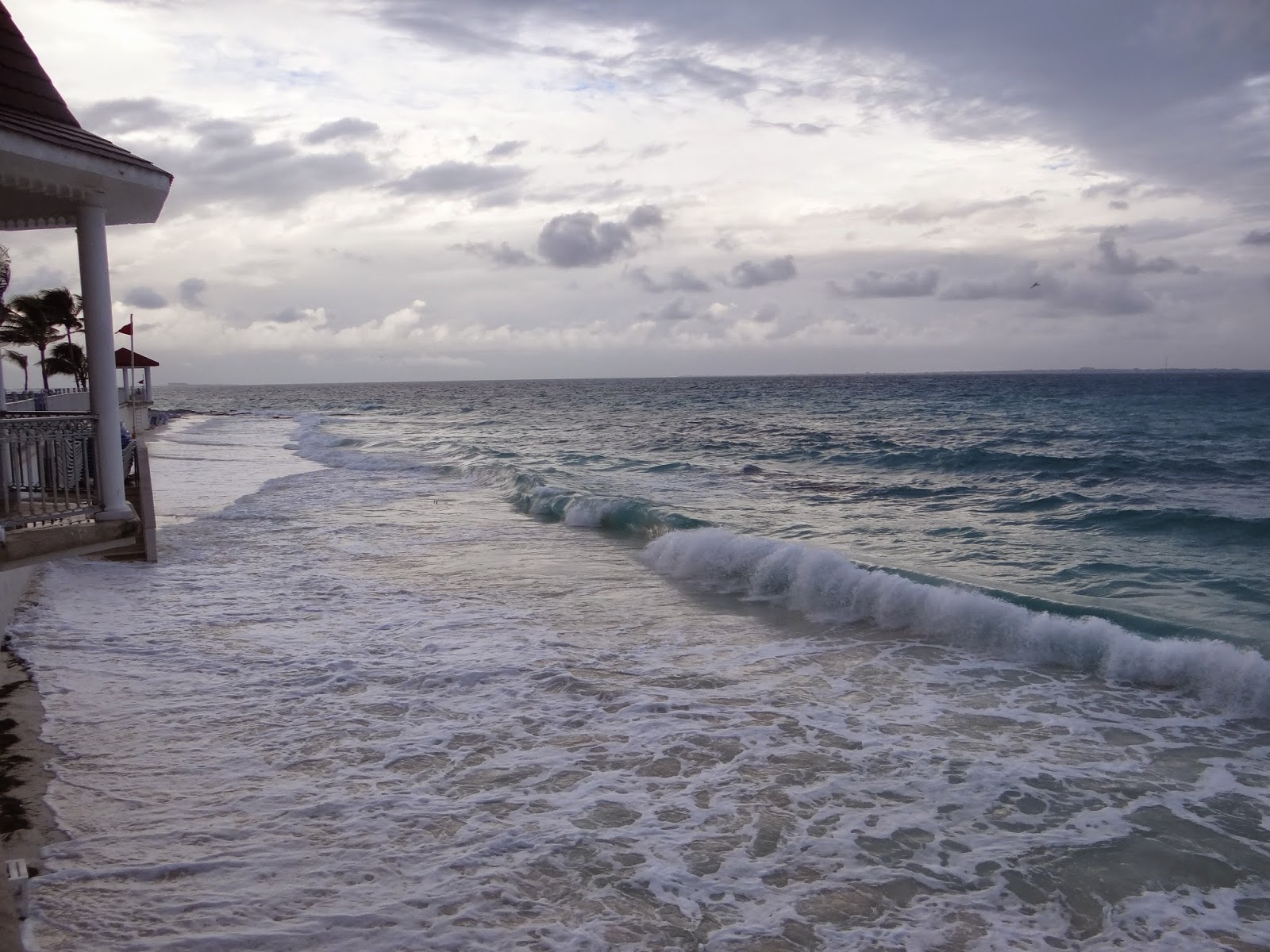 I had been warned not to leave the resort before I went, due to high crime rates.  On the second day though, Sunwing sets up a meeting to discuss activities and address any questions you may have.  The woman was very helpful and helped us pick out an excursion (that will be posted tomorrow).  She informed us that due to the high tourist activity in Cancún the city is perfectly safe to take a wander through.  One thing I will say about going off the resort is the noticeable difference in humidity.  Once you leave the beach you no longer have the relief provided by the sea and if your not used to humid weather it may be a bit of a shock.  We went out to the markets on one day where I bought two handmade bracelets, a Myan calender made of fish bone and some Calaveras (Mexican sugar skulls).  When I bought the calender the vendor explained to me that the 2013 calender actually starts back at year one in the Mayan culture, which is why it ended in 2012.  I got the green friendship bracelet, which I now wear as an anklet and the black one, which is either a spider web, or a dream catcher.  You have to be careful in the markets as the locals may try to take advantage of the different currency.  When I bought the green bracelet I was originally told it would cost 30 pesos and when I received my change back I saw the vendor had charged me 50.  Which is actually a bargain for a handmade bracelet (works out roughly to $3.00), but since we had originally agreed on 30 I made him give me the extra 20 back.  My friend was there to back me up as well as he attempted to deny it. 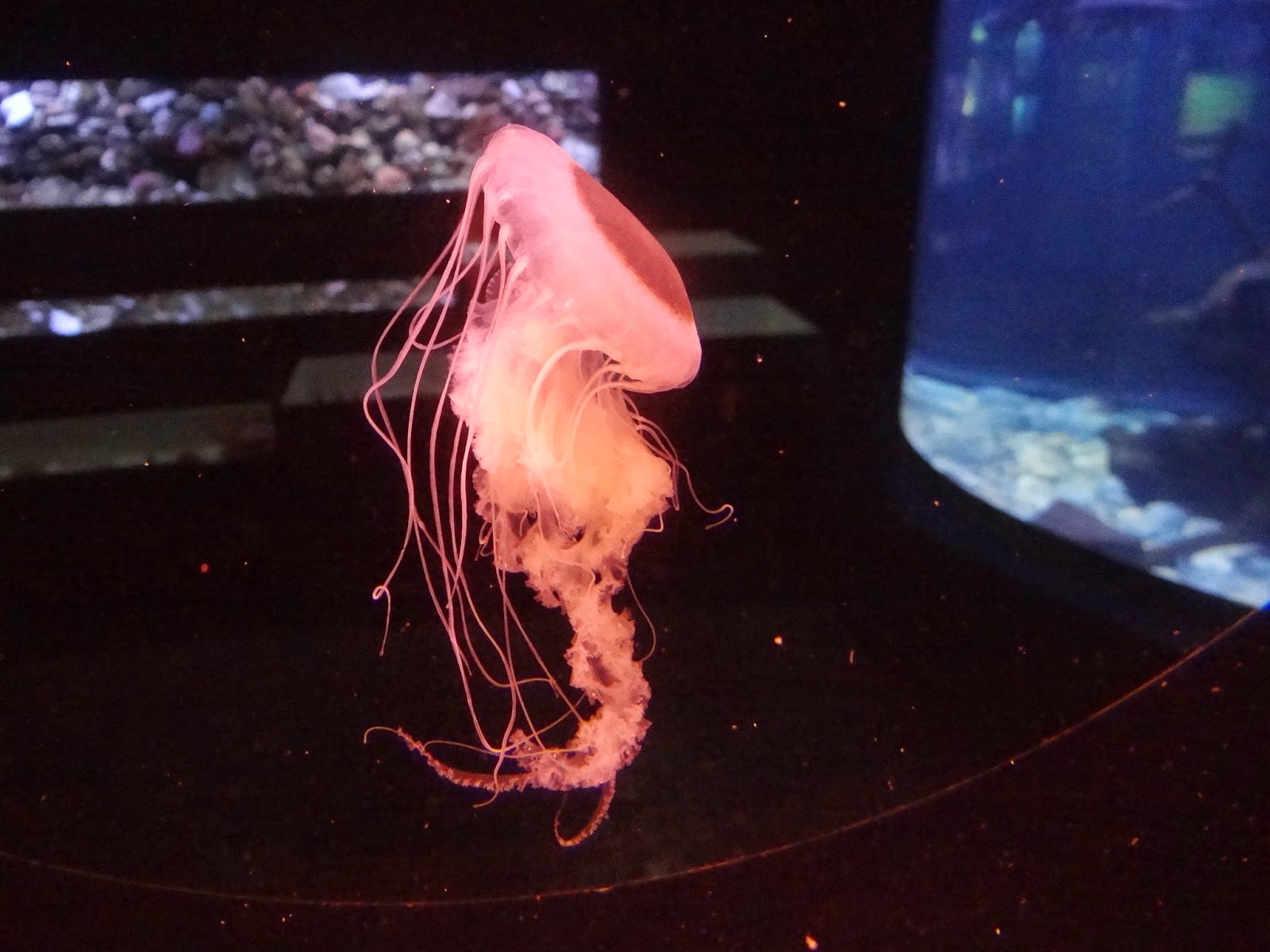 On another day my friend wanted to visit the local aquarium.  Visiting captive animals is one of the furthest ideas from my concept of a good time, but it’s never easy to accommodate everyone while on vacation, so I conceded.  The close up of a jelly fish I must admit is pretty neat.  Such a basic creature, essentially just a nervous system, albeit beautiful. 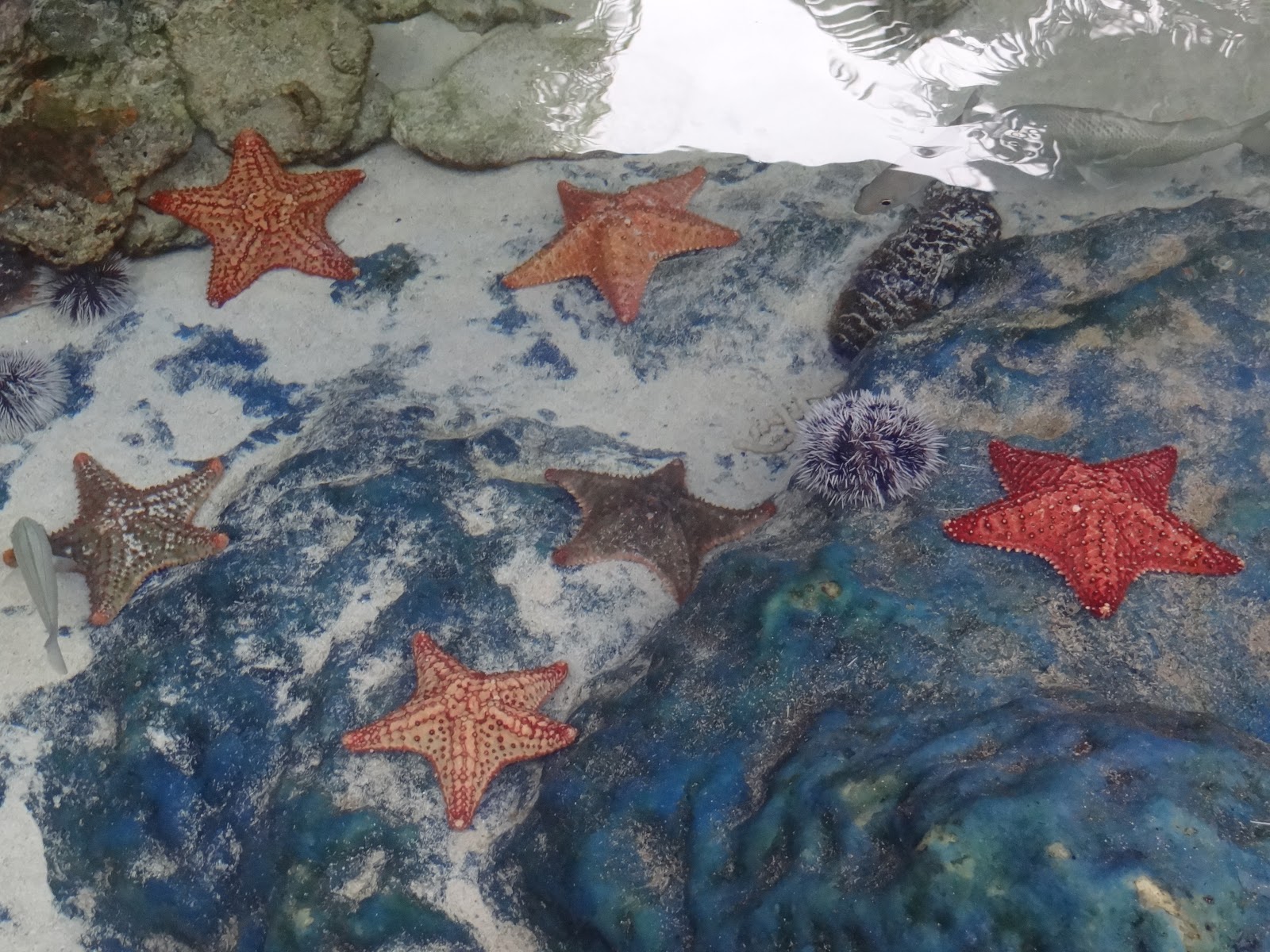 We also wanted to find some good Mexican salsa.  The woman we spoke to at the resort actually told us to go to Walmart of all places.  Although logically, if you want to eat like the locals, shop where the locals do.  So on one day we found ourselves in a Walmart in Mexico.  I picked up three Mexican salsas.  I recall one of them was made of habeneros, Mexicos hottest chilli pepper at 100 000- 350 000 SHU (Scoville heat units).  For reference the hottest Jalapeño is about 8000 SHU.  I love hot and spicy food and decided to try a habenero at lunch one day, I could not finish it.  While they are a great way to add some heat in cooking, I found them a bit too much on their own. 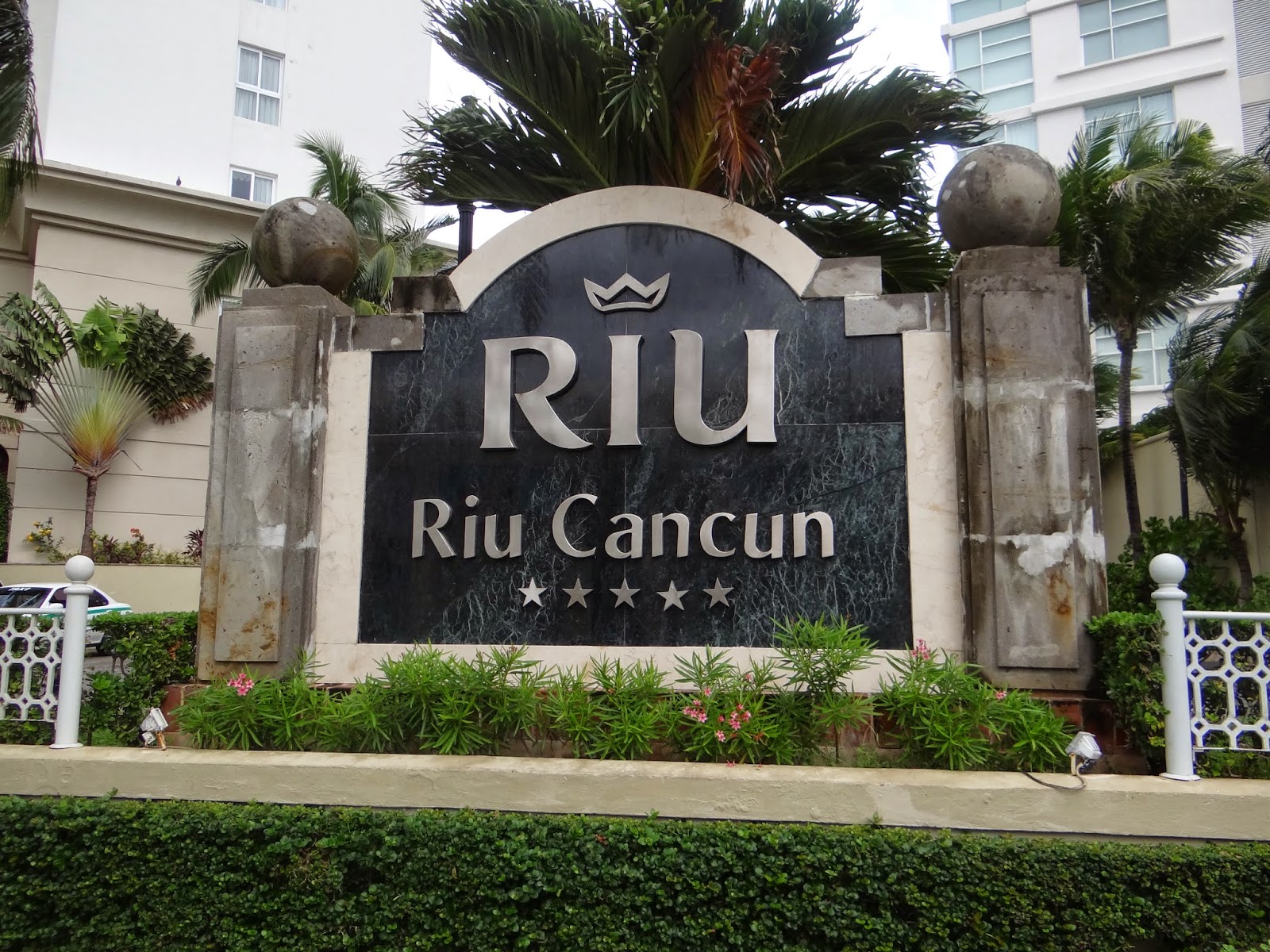 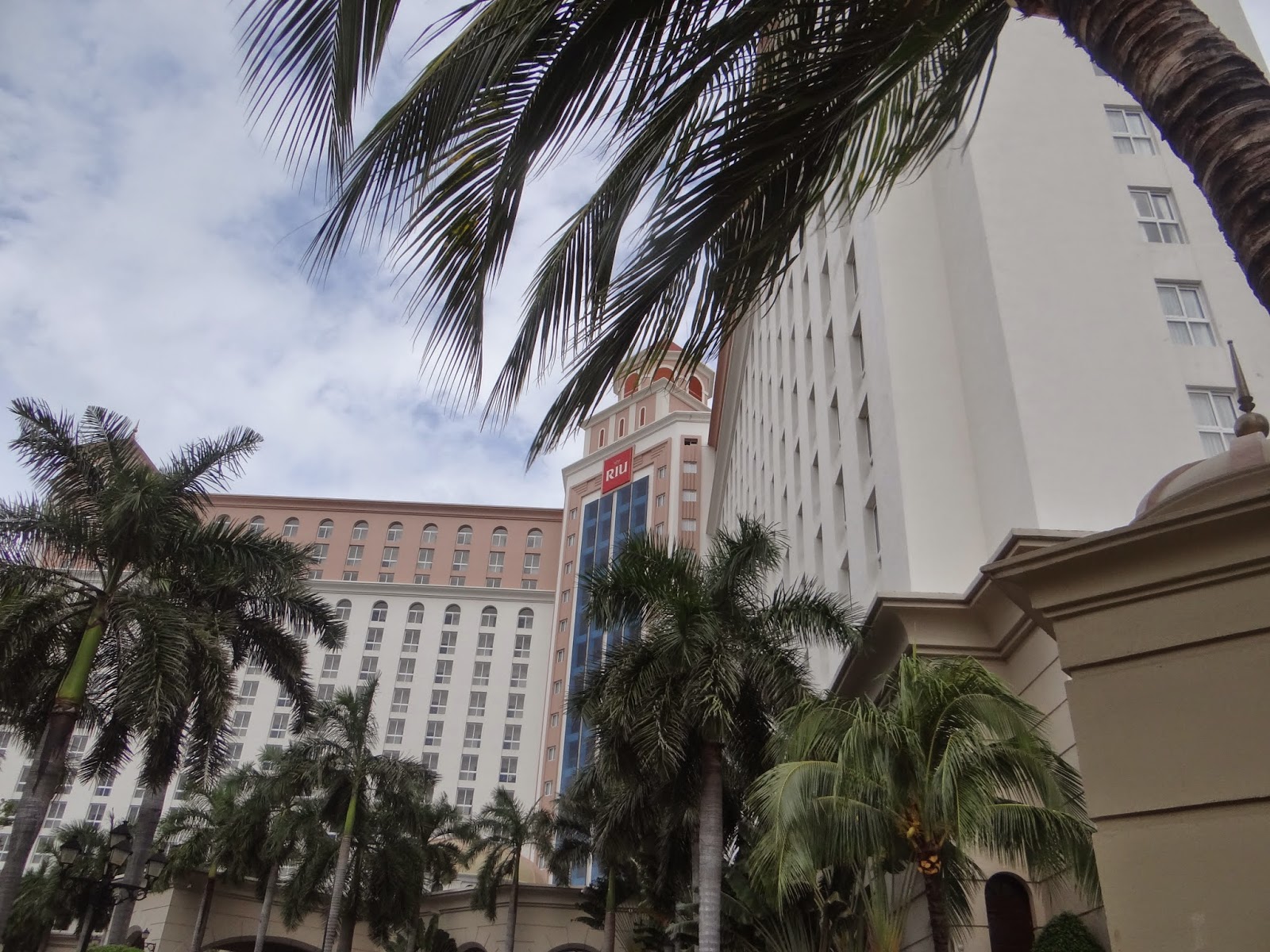 November is the tail end of hurricane season in Mexico.  We were actually quite lucky though, it only rained one full day and half of another day, we got a tonne of beautiful weather while we were there though. 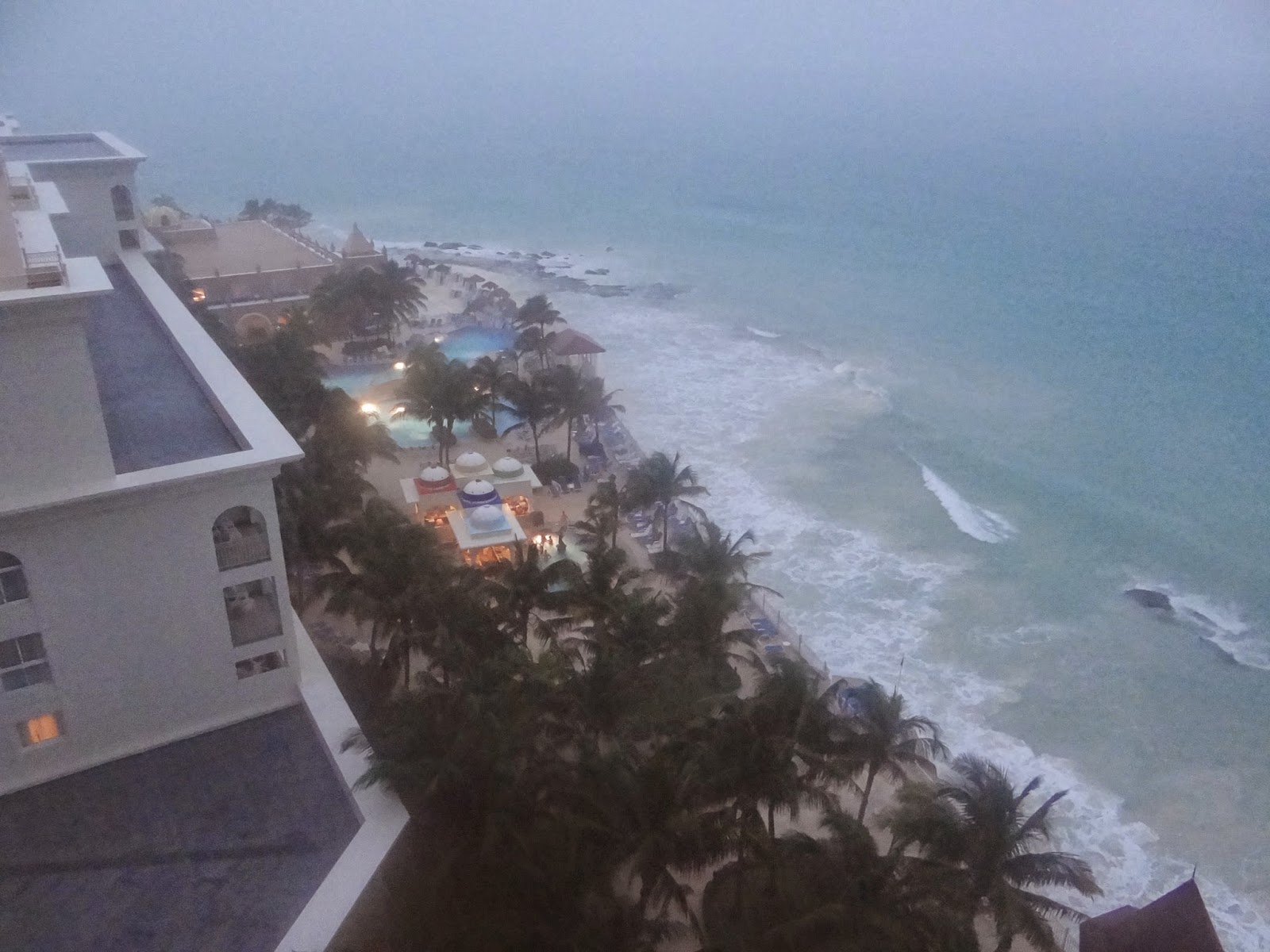 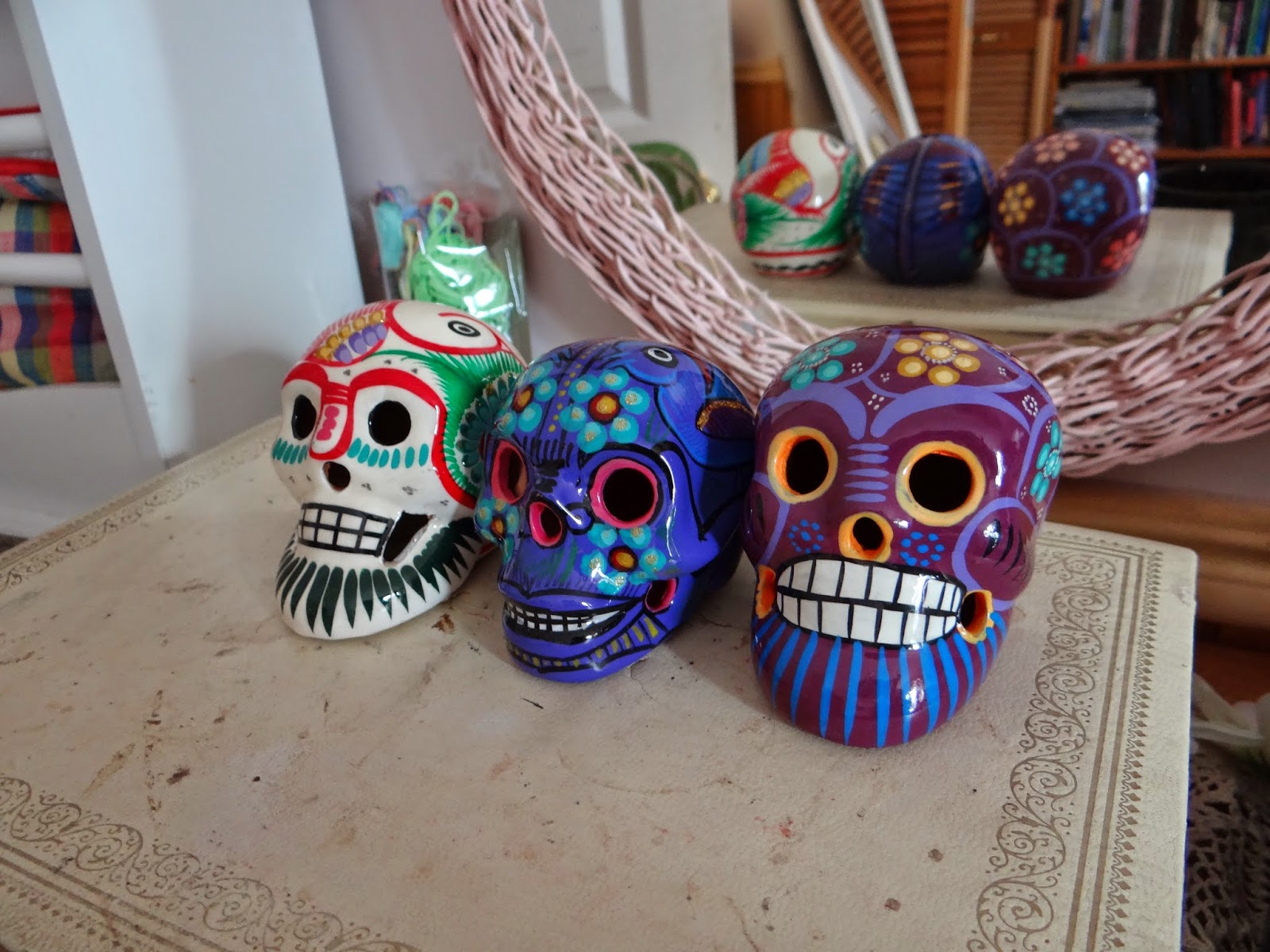 The Calavers are beautiful and an interesting part of Mexican culture.  I brought the white one back for my mother and the far right for my boss and kept the one in the centre for myself.  They are typically made of sugar or clay and painted for The Day of the Dead, a holiday in which to celebrate the dead.  As it occurs over October 31st and November 1st we had missed it, however I would love to visit Mexico one year on The Day of the Dead celebration. 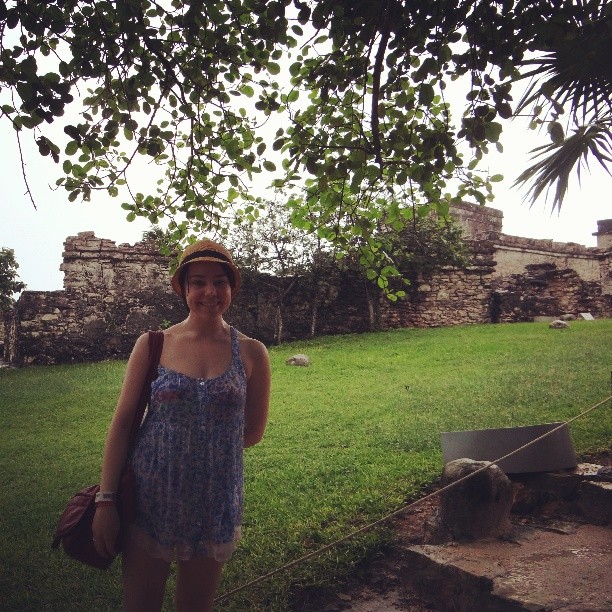 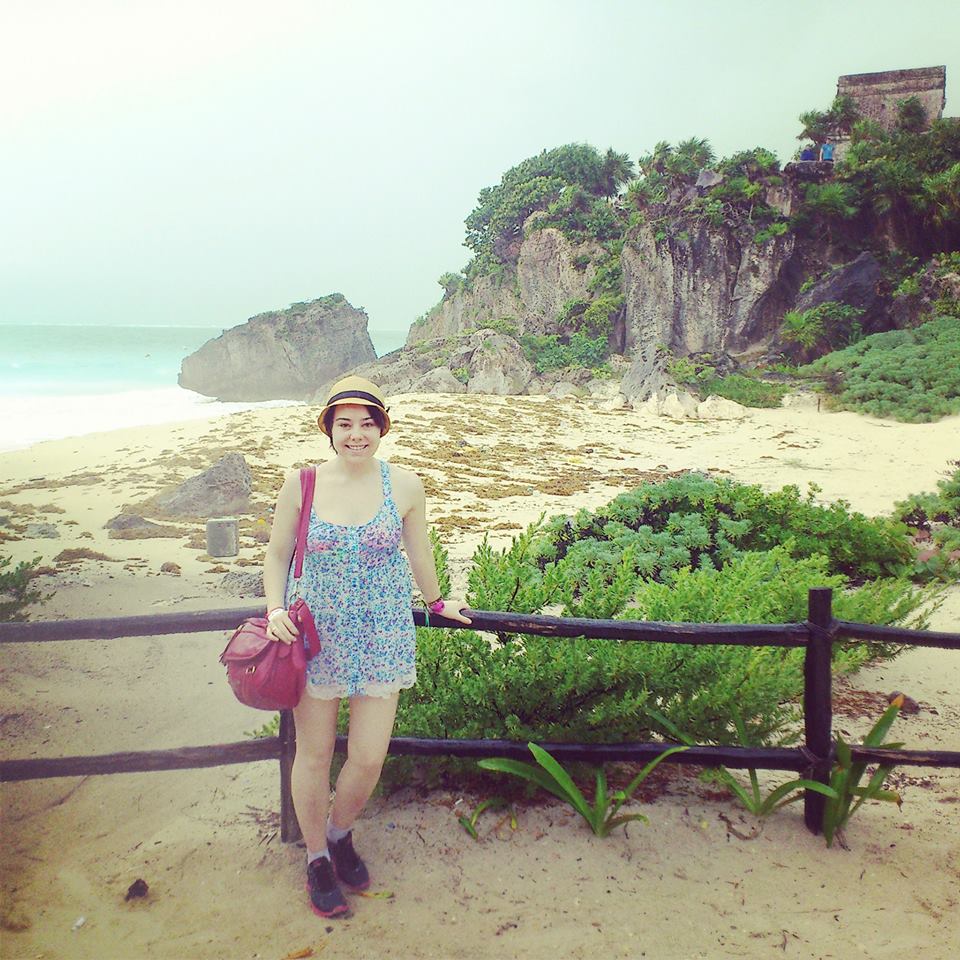 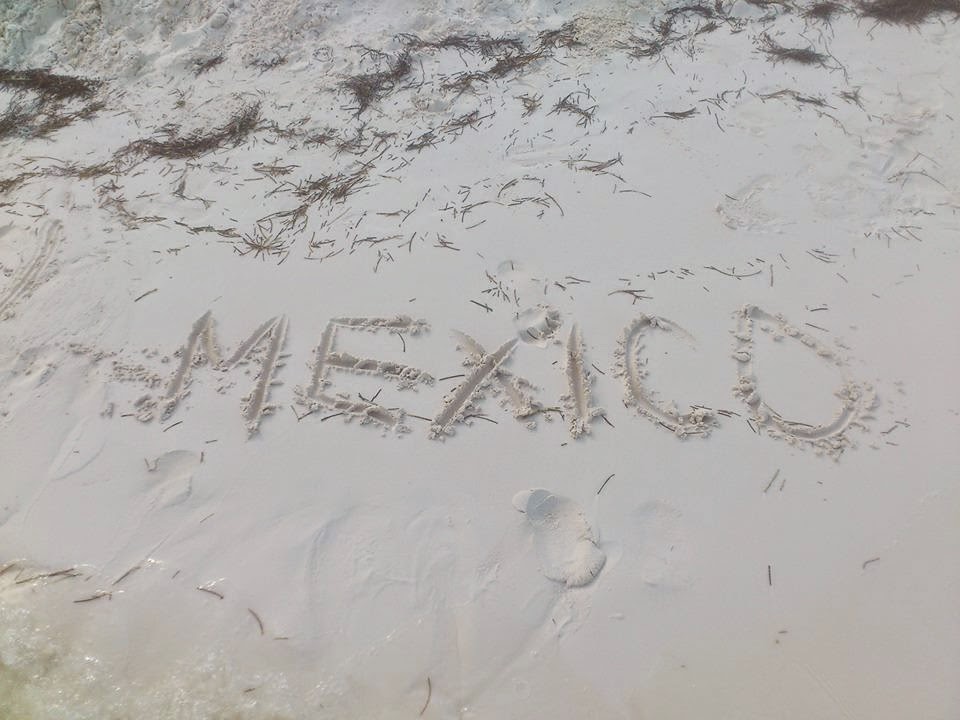