This weekend is Canadian Thanksgiving.  For the four days off I’ve gone south to New England, specifically north-eastern Massachusetts.  Initially I wanted to visit Salem to learn about the witch trials of 1692.  Today consisted primarily of scenic drives through picturesque upstate New York and New England towns.  Last night we stayed in Belleville Ontario, which I had never been to before.  We arrived after dark and left as the sun was rising, but from what I saw it was very architecturally beautiful and I would really like to go back for a weekend to explore it in full.

I had never crossed the border from Belleville to New York, but for anyone crossing from Ontario to New York, or vice-versa I highly recommend that crossing.  To get across the border one is required to take a bridge over the ‘Thousand Islands’.  If you take this route, be sure to make some time to go up the viewing tower to get an aerial view of the islands.  Unfortunately I had no idea how stunning it was and didn’t account for time to do so, but in the future I would love to get a better view.  I don’t have a picture as it wouldn’t have been much with the bridge in the way, but it looked very pretty with all the small islands bursting with coniferous trees interlocking together. 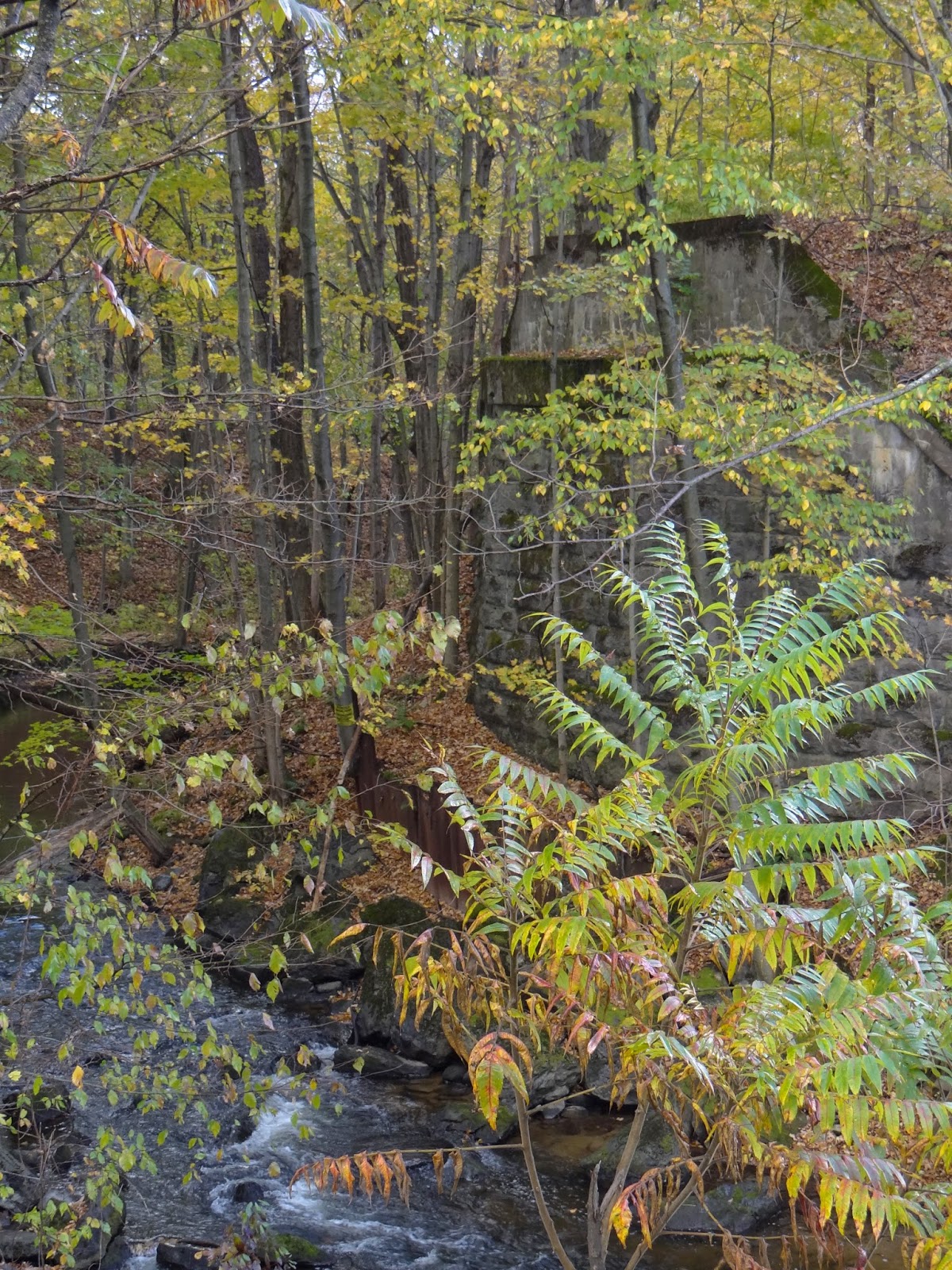 Our first stop today was to photograph the remains of an old stone bridge in upstate New York, unfortunately I can’t recall which town we were in.  It was buried in the forest, still visible off the county road. 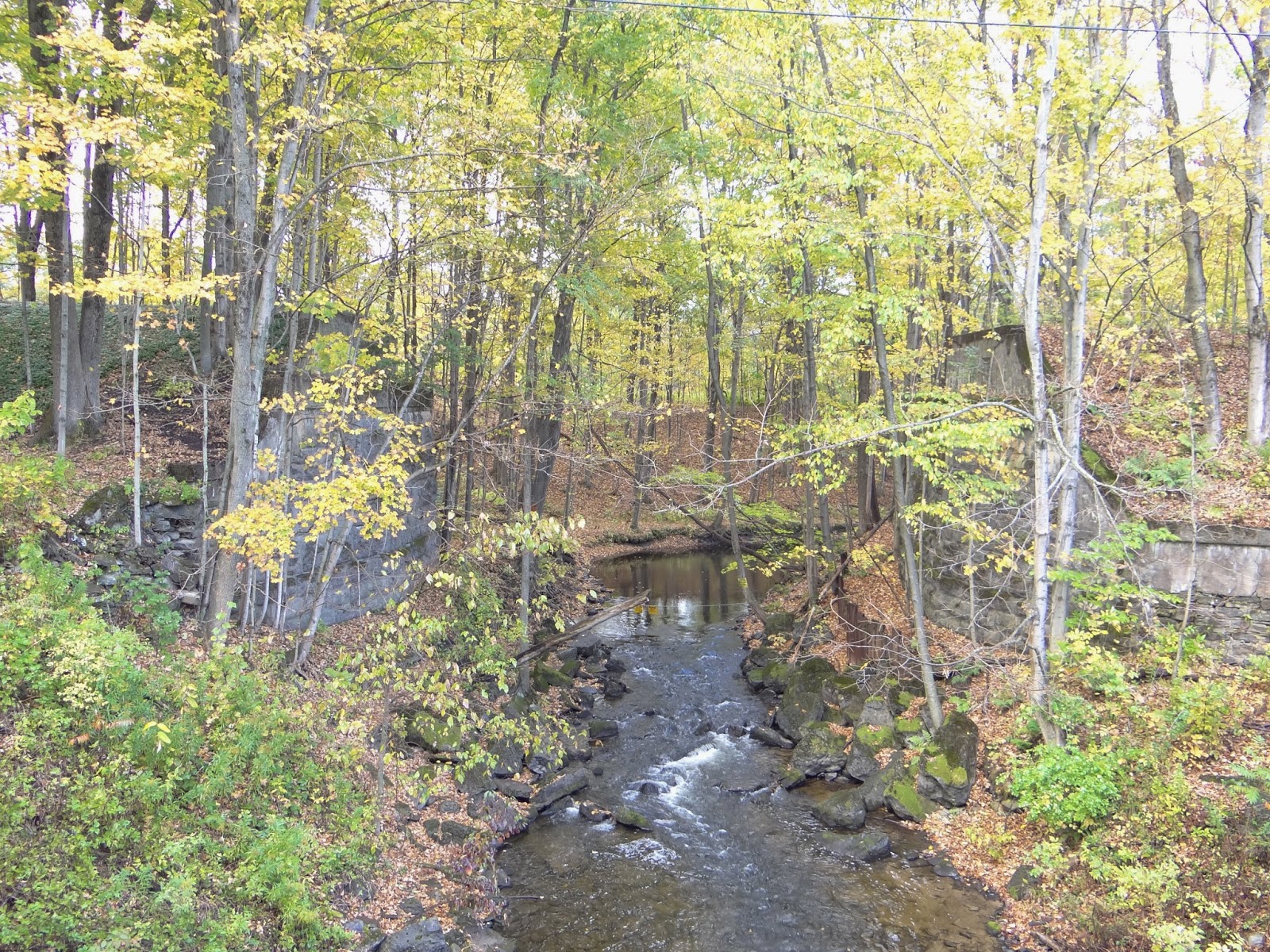 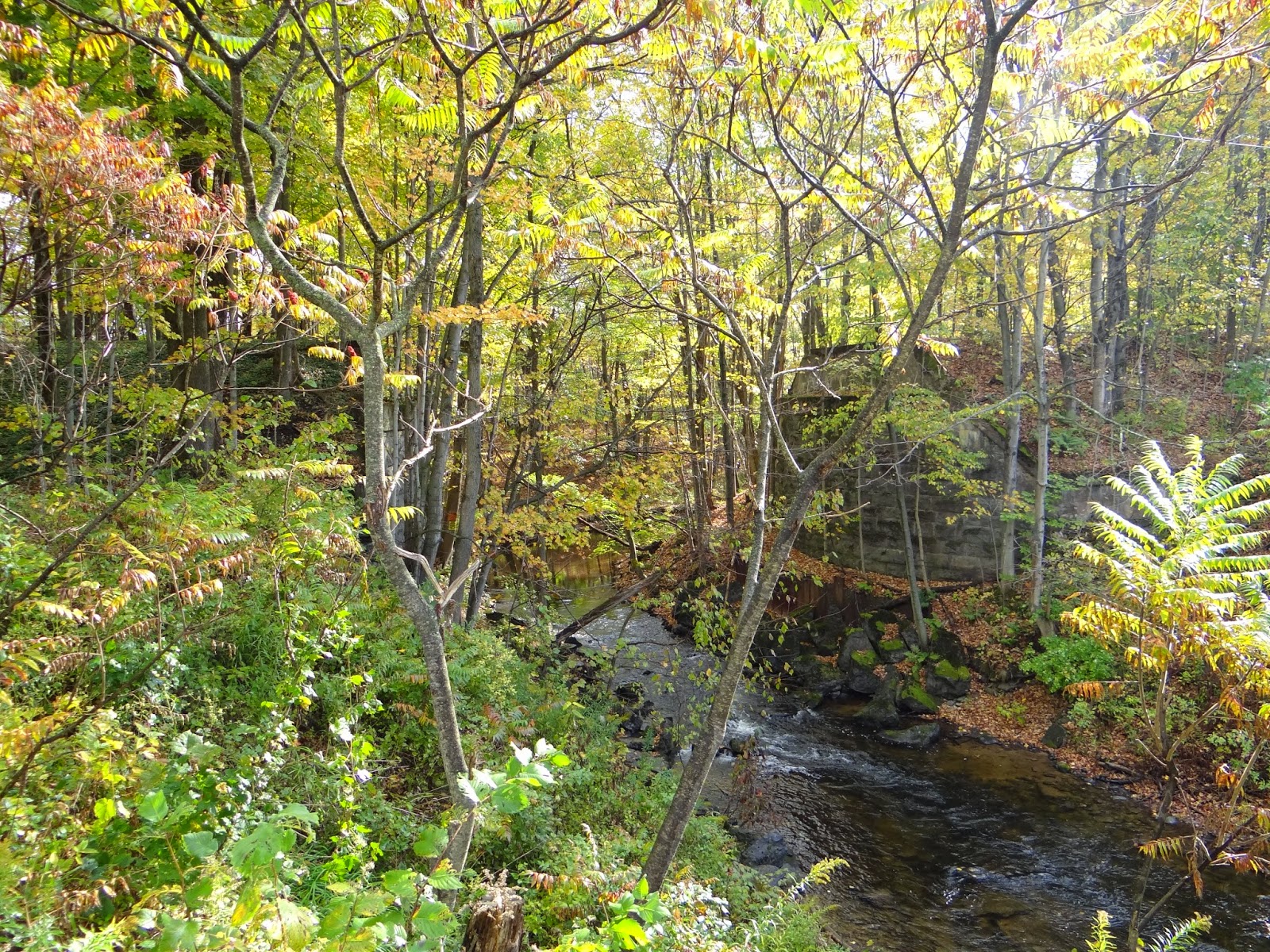 While driving through Annsville New York I had to stop and take a few pictures of this Victorian era house.  Although there are many beautiful vintage houses in the area I was completely taken with this one in particular.  To the right is the where the horse would have been kept prior to and following riding.  I would love to live in this house, I can’t understand how turrets and wrap around verandas ever went out of style. 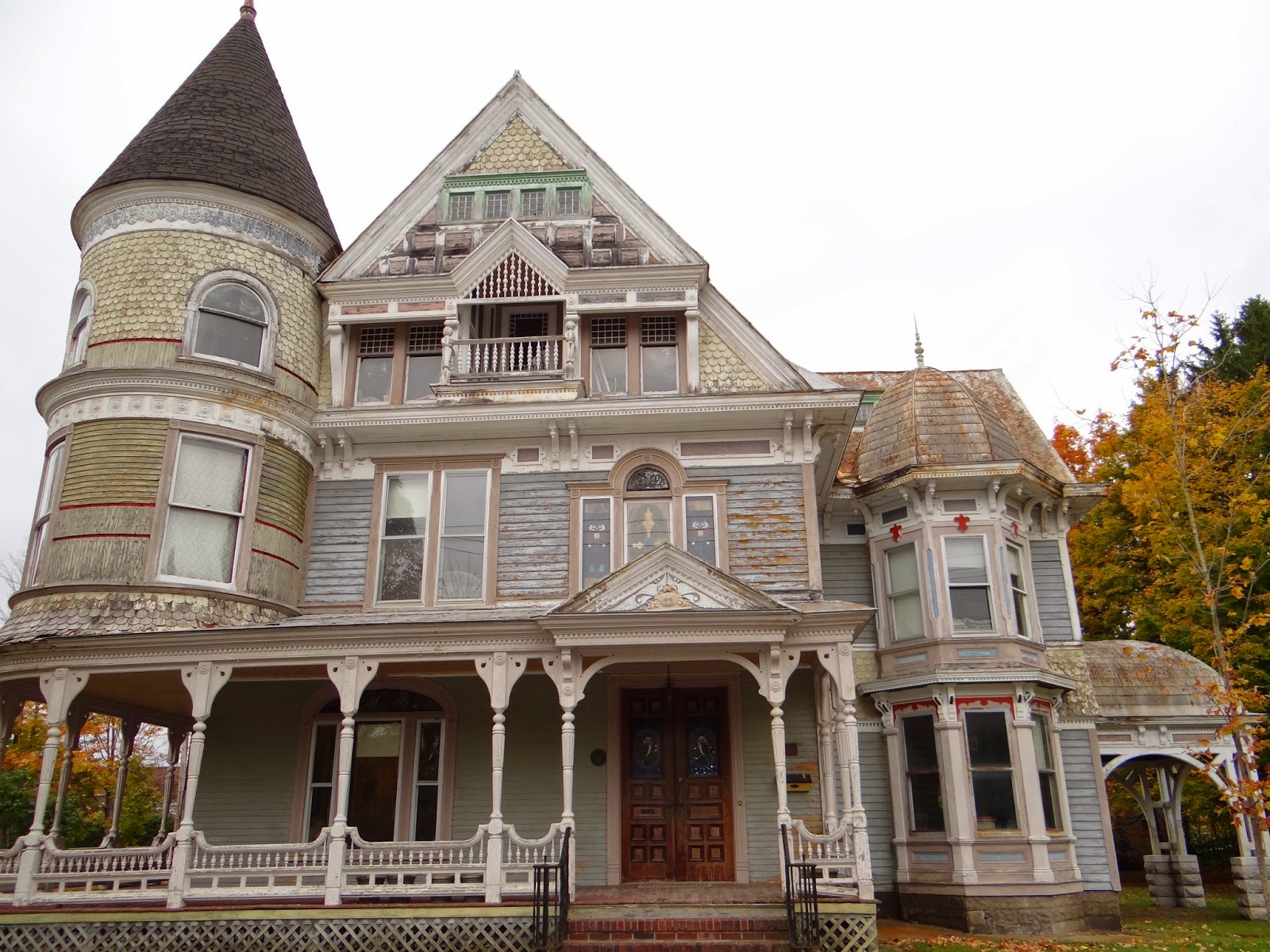 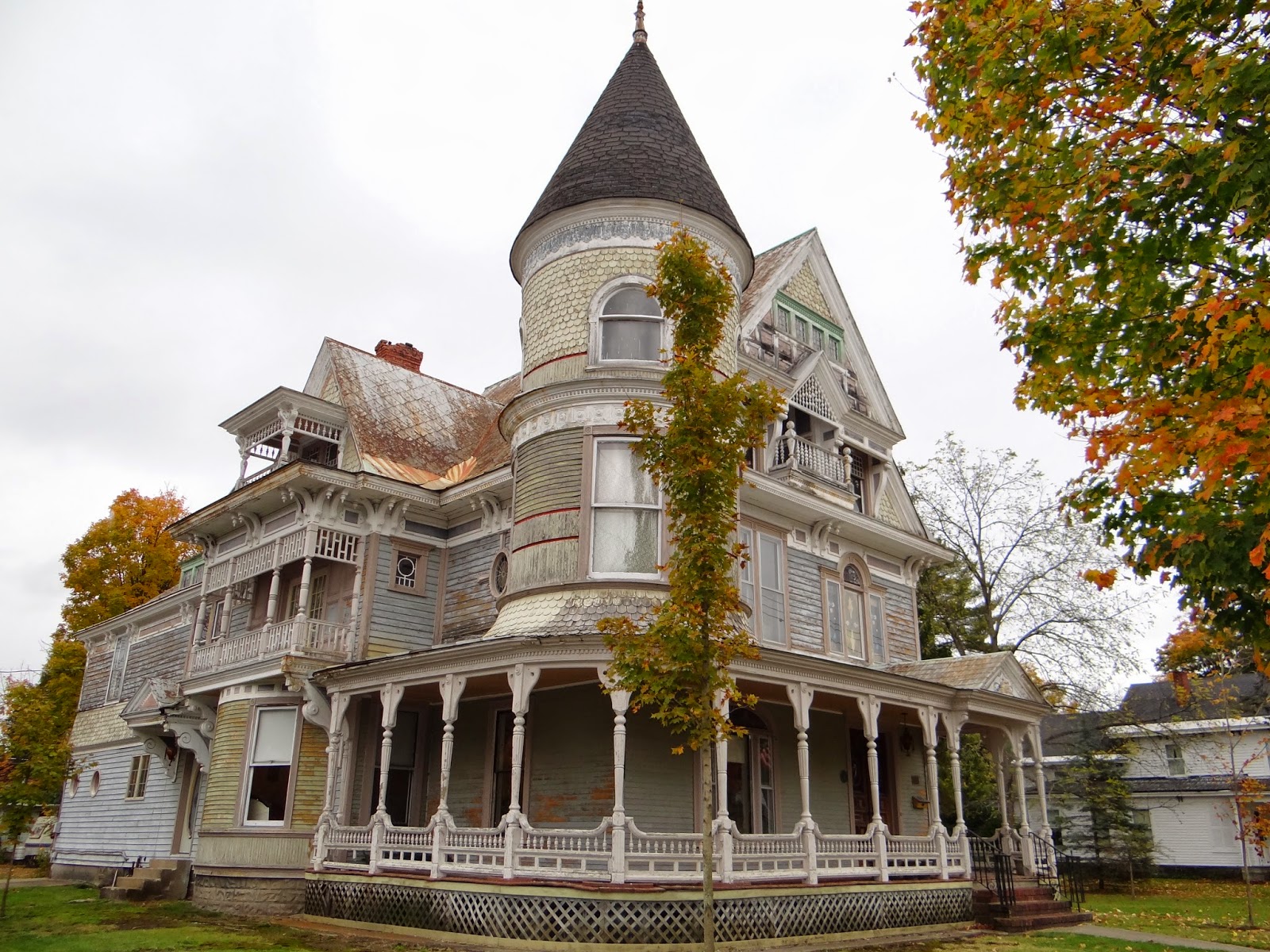 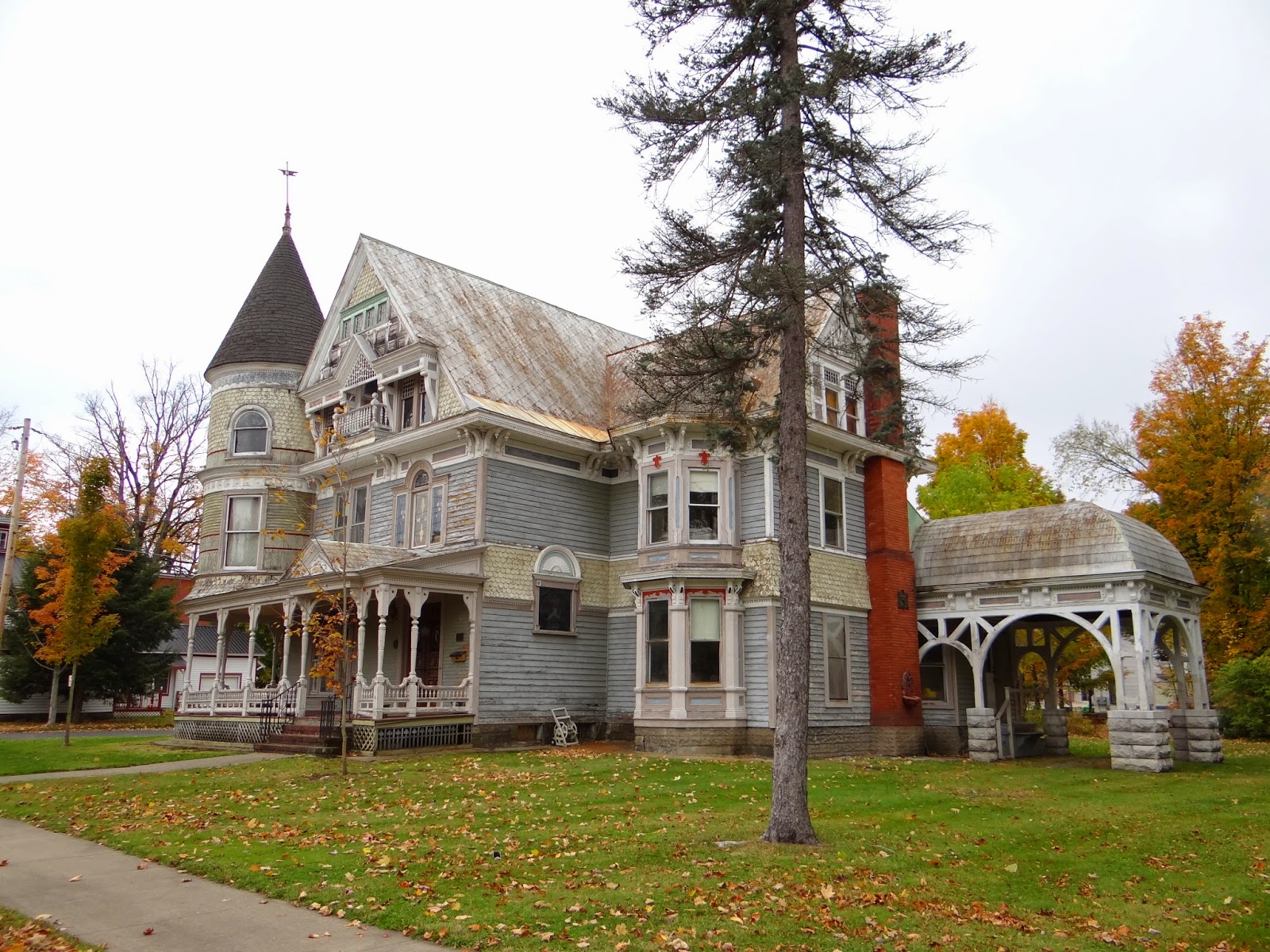 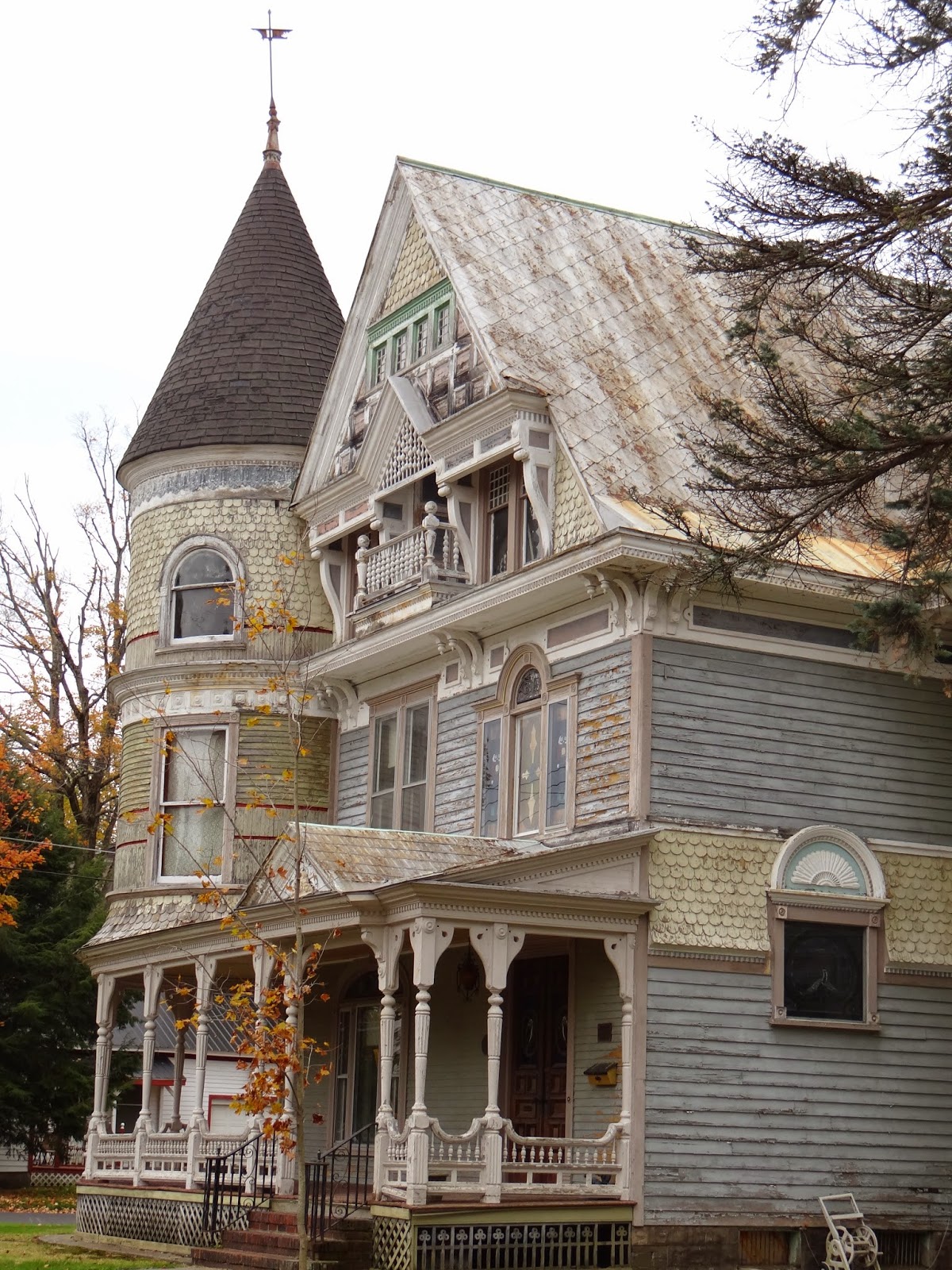 Just across the street was this house from the colonial period, which is beautiful, though a completely different aesthetic.  The American flag completes the look. 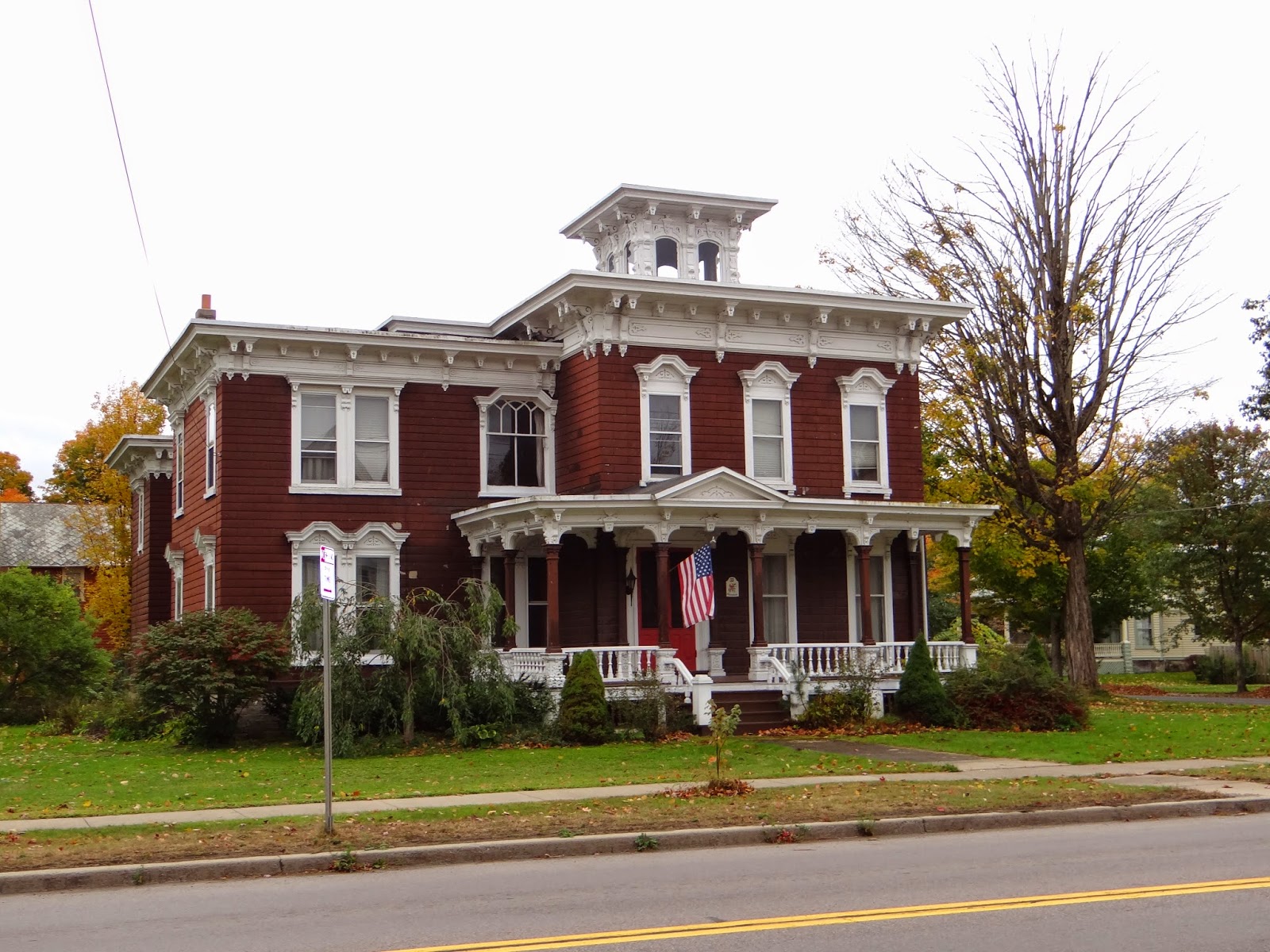 Next we visited McLean Hospital in Belmont Massachusetts.  Belmont is another picturesque New England town.  McLean is a teaching and research mental health hospital affiliated with Harvard.  It is where Susana Kaysen and Sylvia Plath were treated and inspired their books Girl, Interrupted and The Bell Jar,
respectively.  I found both these books and their characters relatable as a young girl.  The Bell Jar is one of the few fiction books I’ve been able to complete, although being semi-biographical I suppose it doesn’t even count.  I also studied clinical psychology and neuroscience, so McLean being a leader in the fields was very intriguing to me.  I only wandered around the grounds for a bit, which are quite large.  The buildings themselves are absolutely beautiful, having been built in 1811.  I only have a few pictures as they didn’t want us taking pictures, understandably for the privacy of the patients. 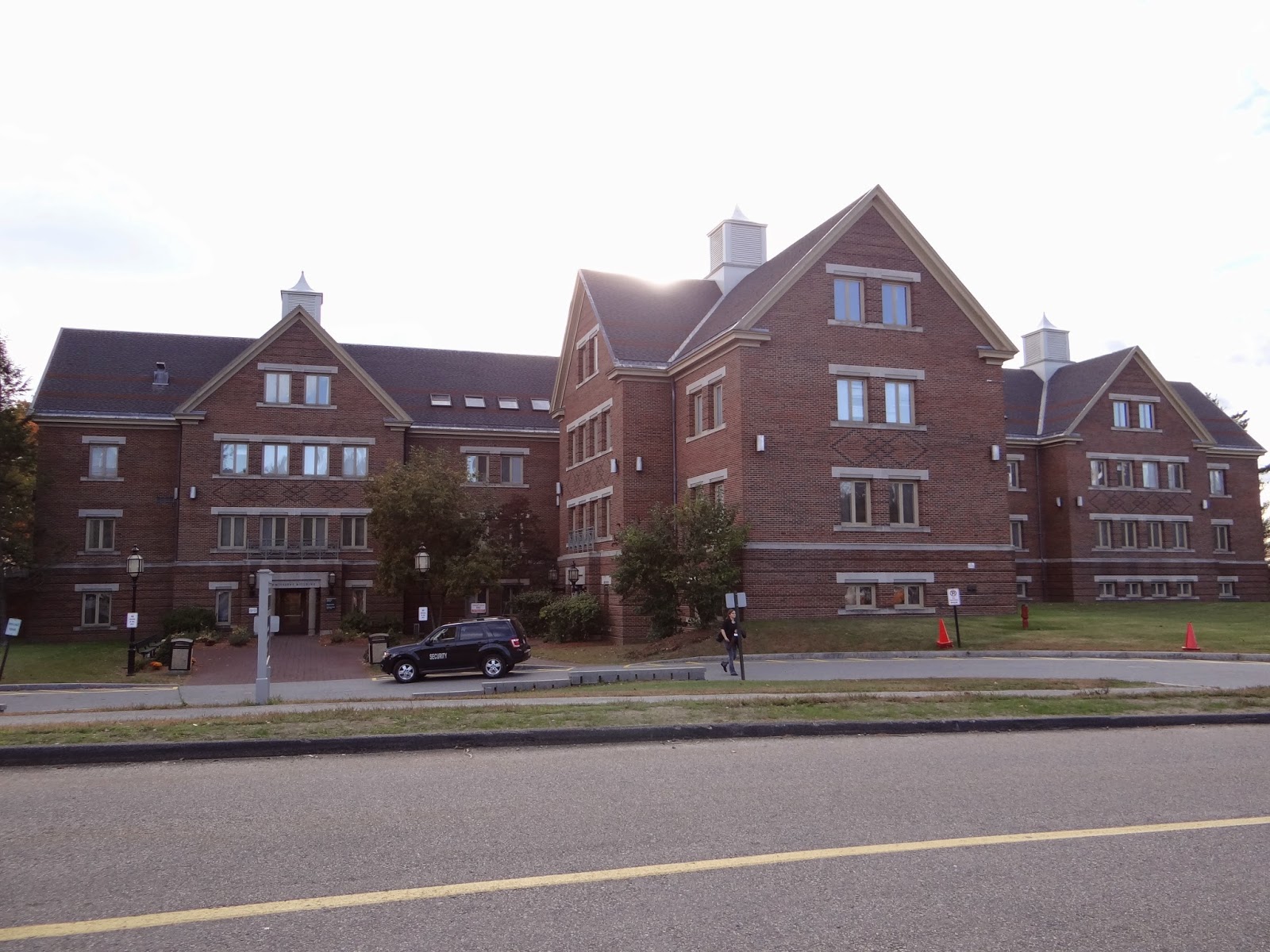 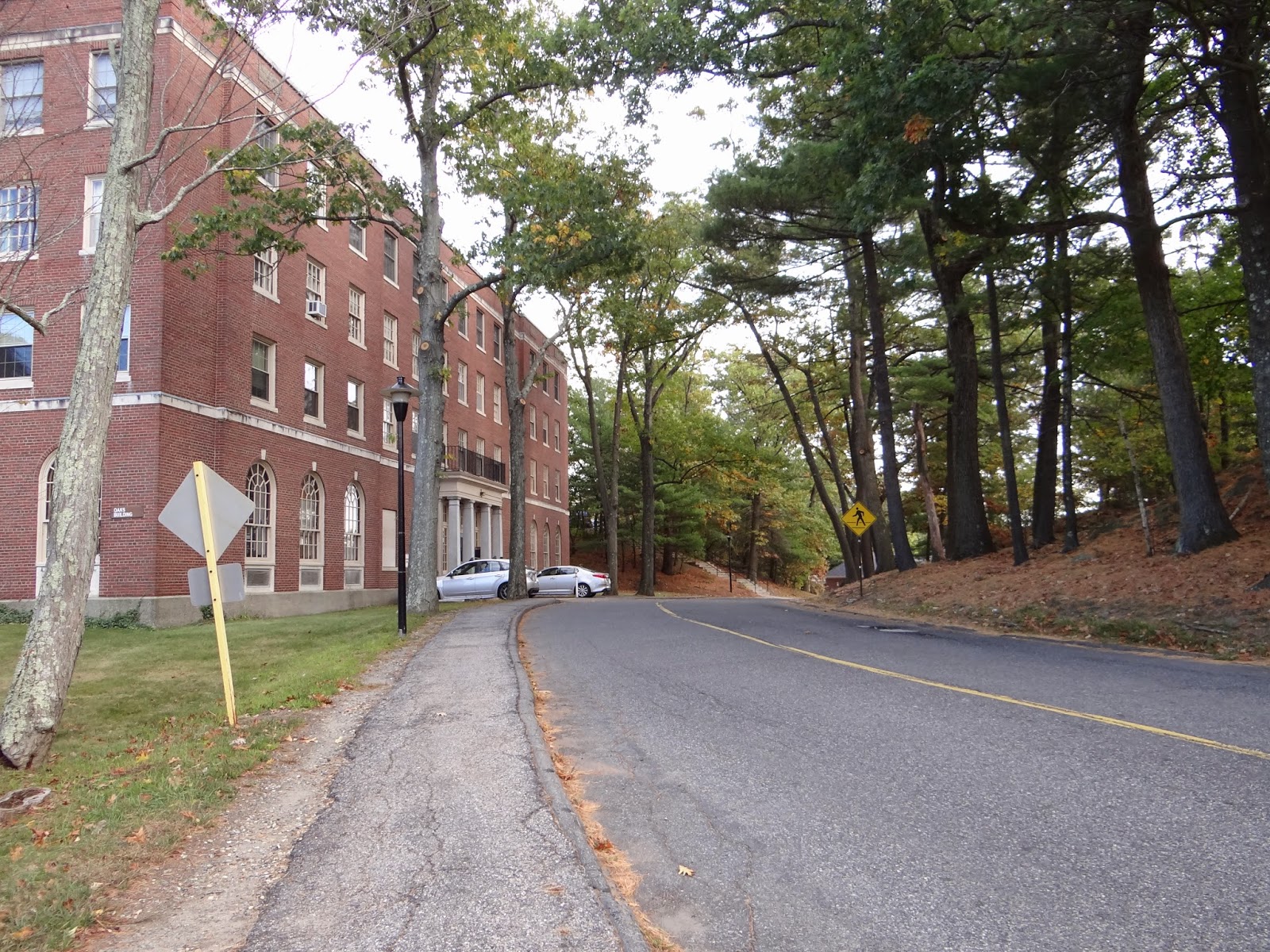 Tomorrow’s post will include a visit to Salem and possibly Danvers Massachusetts. 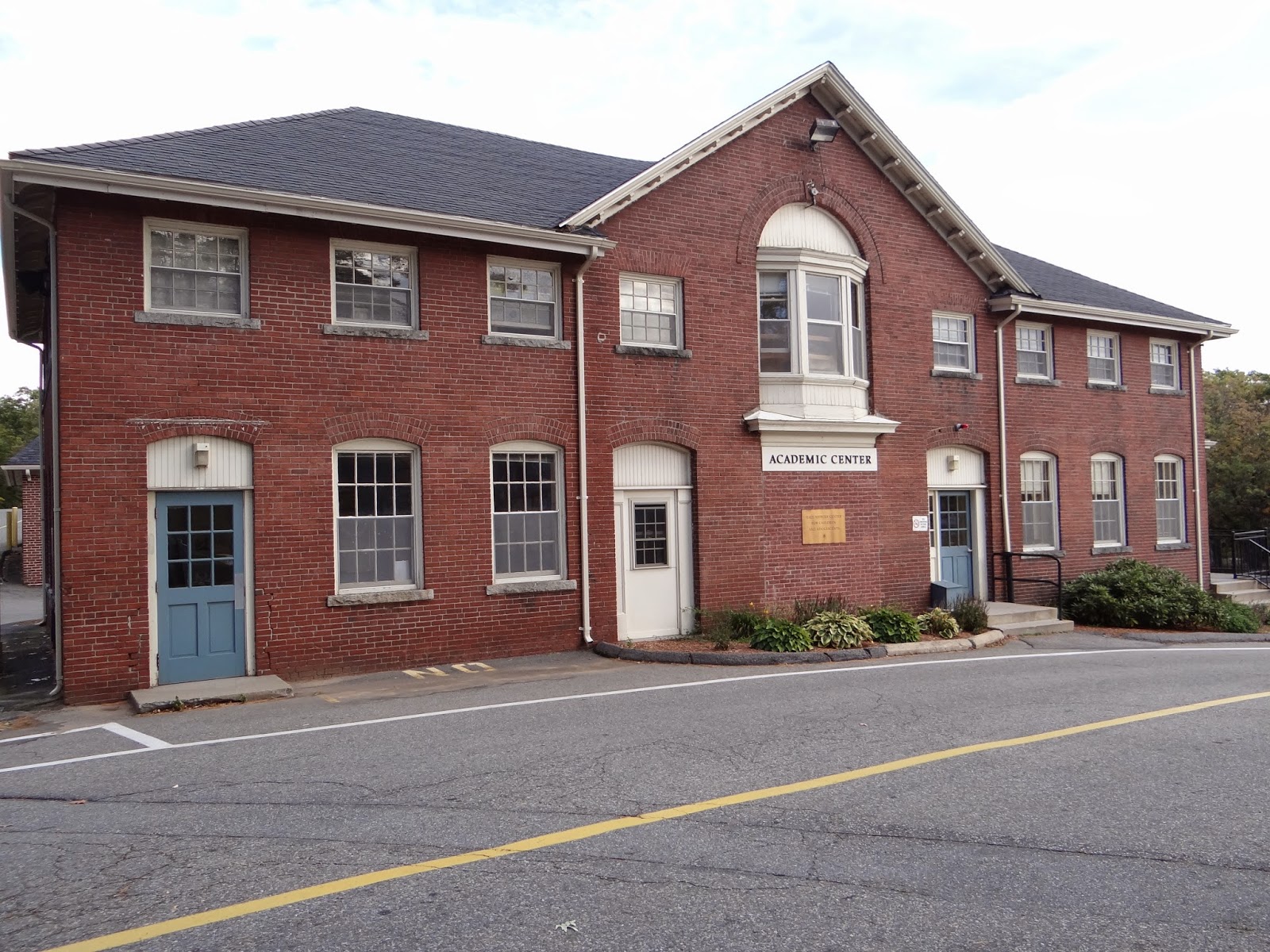