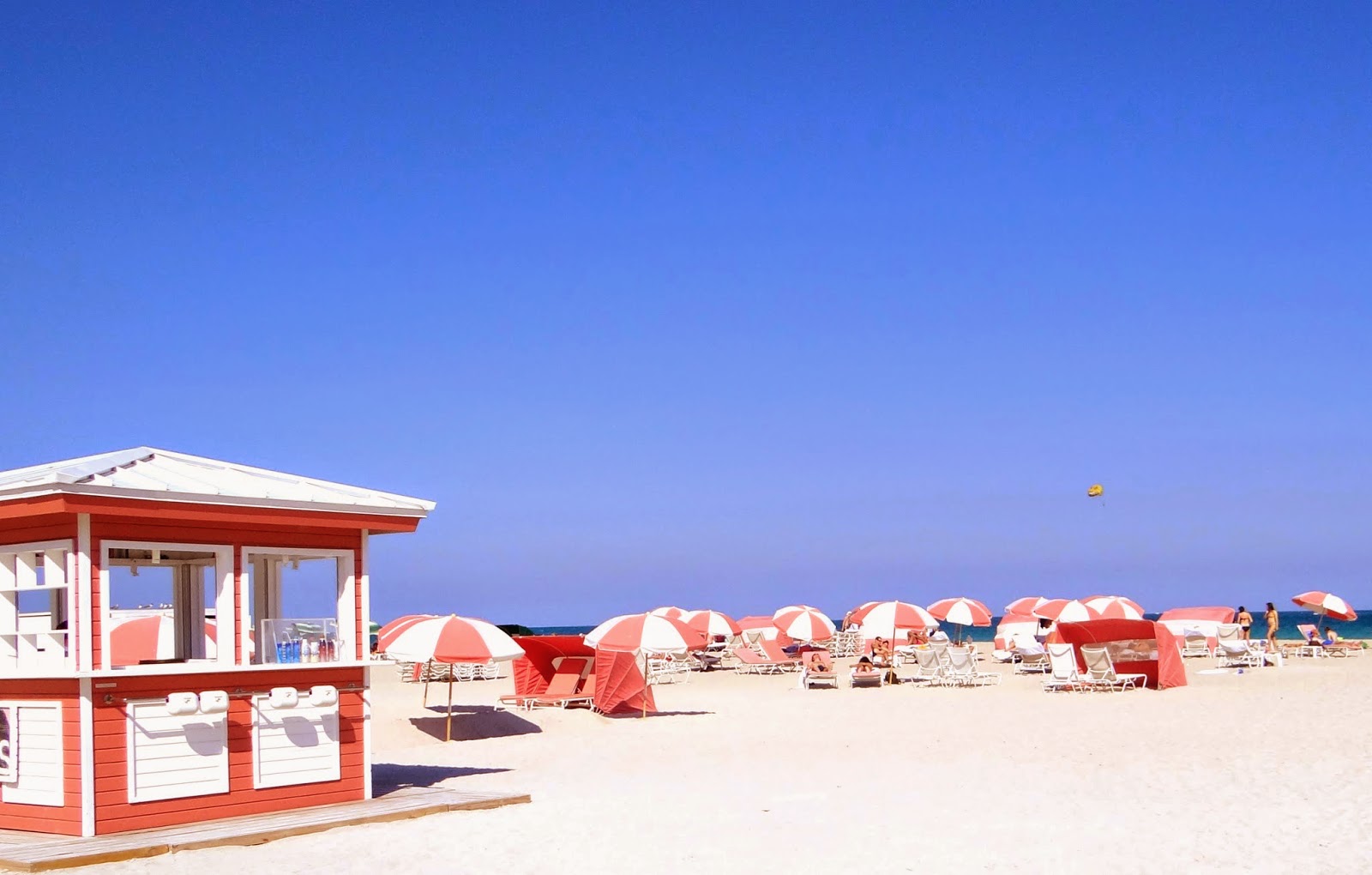 I was so exhausted yesterday I fell asleep early and didn’t get my post up, thus the remainder of the posts will be one day late!  Yesterday was started off by hitting a few thrift stores.  We made it to only two Goodwills and I found only one item at each.  At the first I found a pair of denim shorts, meant to be high-waisted, but as they are too large for me I wear them on my hips.  I don’t have a pair of cut-off’s and these are exactly what I was looking for with a button-up fly.  I nearly bought a pair from Free People last year for over $100, glad I waited though as these were only $4.28.  I then found a beautiful purple floral dress at the next stop.  It has spaghetti straps and tiered skirt, with lace every second tier, reminiscent of a wedding cake.  I find thrifting outside of Canada rather difficult as I recognize far fewer brands and I typically like to stick to a quality I know.  I do have to commend all four of the thrift stores I’ve been to here on their impeccable cleanliness. 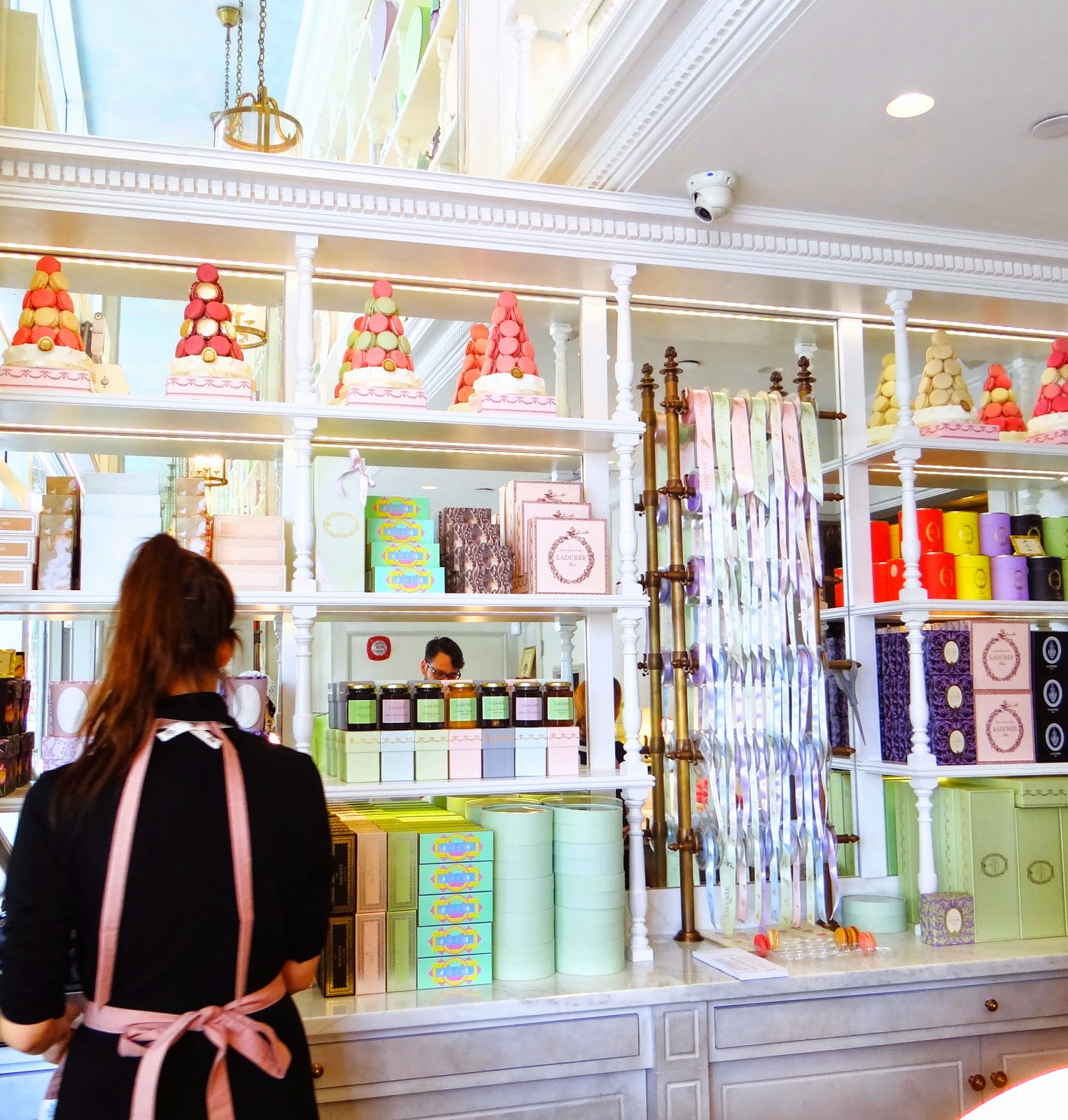 Following the thrift stores we drove into Miami Beach.  Due to it being tourist season finding parking was not an easy task.  We were forced to park approximately one city block in from the beach as the majority of the lots closer were full.  Though later we saw many spots in lots next to the beach open, so be sure to check those out!  Our first stop was Ladurée, a Parisian macaron house.  It was absolutely adorable inside.  It’s as though a miniature Versailles had been planted in Miami Beach’s downtown core.  I was incredibly taken with the decor, a lot of mint green and gold lacy trim.  The girls were lovely inside and allowed me to take several pictures. 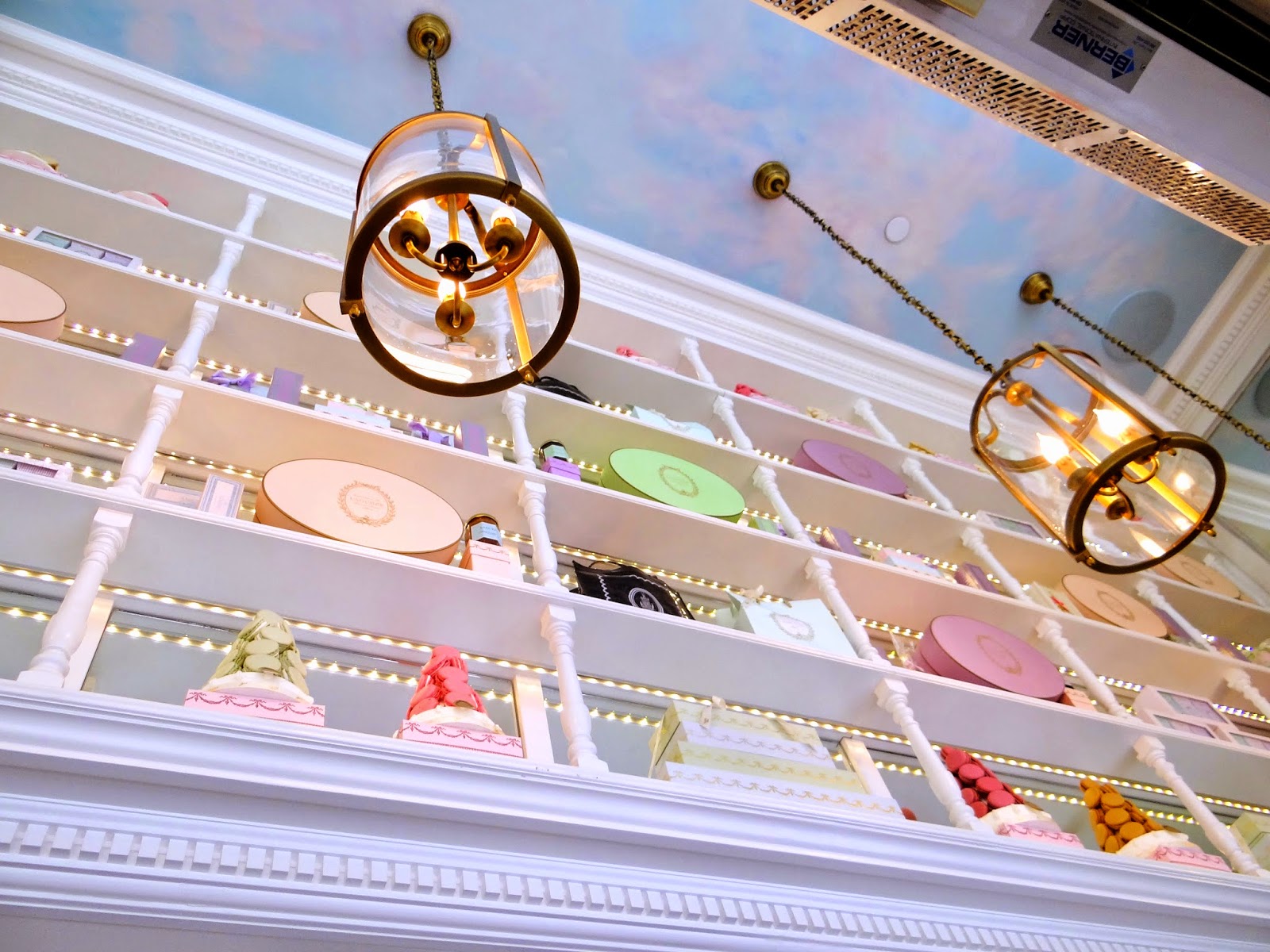 There are several different size selections for macaron boxes, as well as little souvenirs, such as keychains adorned with Eiffel towers and macarons.  I decided on the smallest box of macarons, which holds eight, of your choice.  Tough I would love to buy a lifetime supply of the precious little cookies at $22 USD I think I did enough damage.  I’ve only tried one thus far and I can attest they are delicious!  Macarons can sometimes end up hard and crumbly, though Ladurée has perfected the French confectionary.

Following that we skipped across the street to a Mexican restaurant for lunch.  I love Mexican food and it was difficult for me to narrow down my choice, though I settled on quesadillas, half of which I saved for dinner.  The restaurant had made a mistake on our order, so we also received complimentary churros served with caramel, chocolate and my personal favourite, raspberry sauces, no complaints about that!

We then walked down to the beach for a couple of hours.  It was so nice to be back in the ocean.  I hadn’t been in the Atlantic in ten years!  We happened actually to be in a fairly unoccupied area of the incredibly crowded Miami Beach, which I doubt I’m alone in being grateful for.

We left the beach around 5pm as our meter was running out.  This may not have been the greatest plan as it meant a two hour ride back to homestead, which on a good day need only take 45 minutes.  Never leave a city at rush hour!

As I said before I crashed pretty hard after the swim in the ocean.  Today was spent snorkelling in Key Largo, which will likely be posted tomorrow!