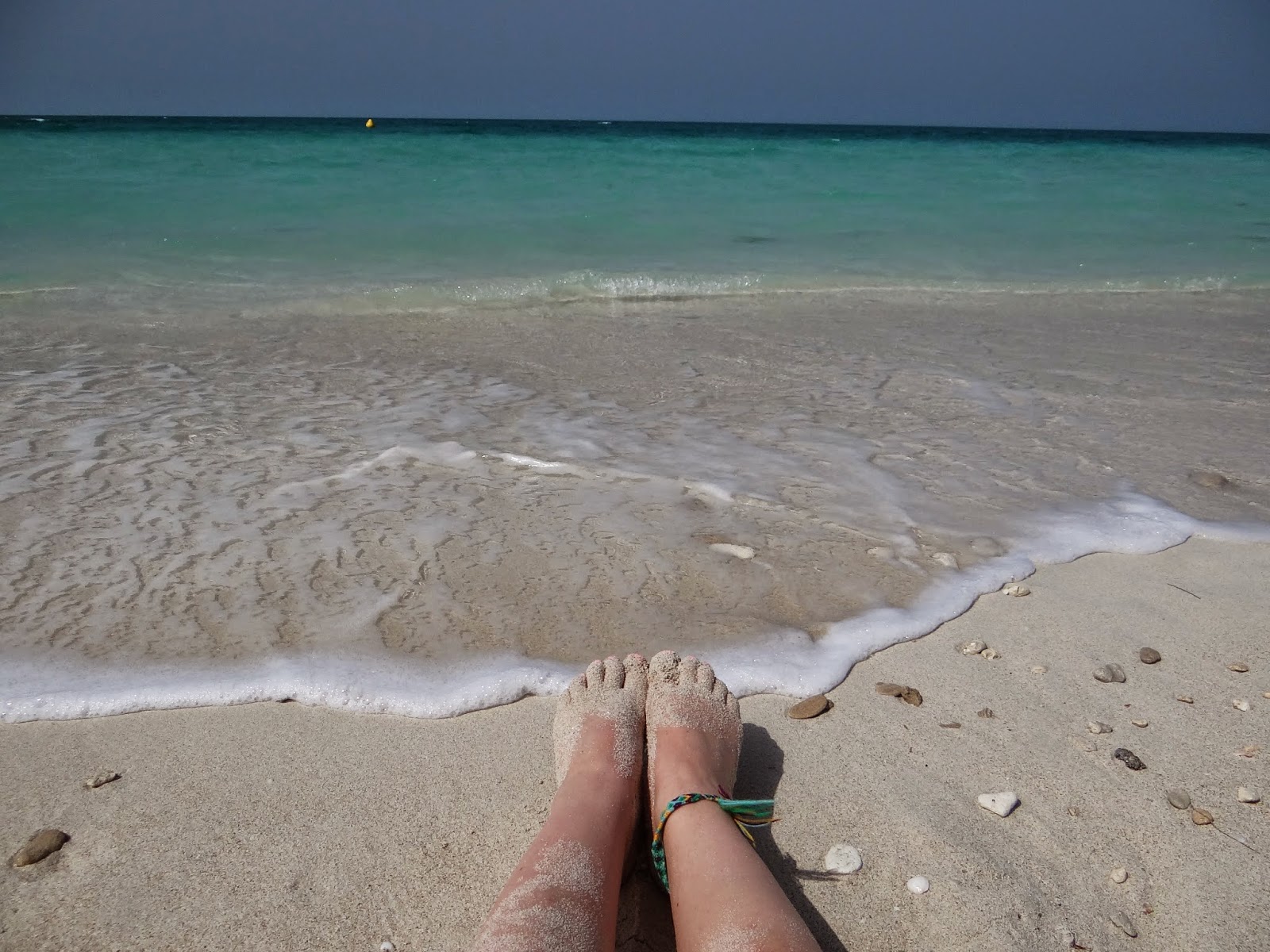 Last February I made it out to the United Arab Emirates to visit my cousin, currently teaching English in Abu Dhabi.  I flew Turkish Airlines with a stop over in Ataturk in Istanbul.  I had a really wonderful flight and was treated well by Turkish Airlines, thankfully as it was a fourteen hour flight.  The stop over on the way there was about four hours.  Not made easy by the fact that there isn’t much to do in Ataturk.  The airport was undergoing renovations at the time and other than private lounges and restaurants there are few places to sit until you arrive at your gate, which one is only made privy to about an hour before departure.  I actually ended up sitting on the filthy airport floor, reading The Virgin Suicides for three hours.

I arrived at the Abu Dhabi airport in the middle of the night and was greeted by my cousin.  She went to work on the first day and despite my efforts to do some solitary exploring I spent the entire day asleep on her couch.  I despise losing vacation time to jet lag, however one must listen to their body if one intends on remaining healthy. 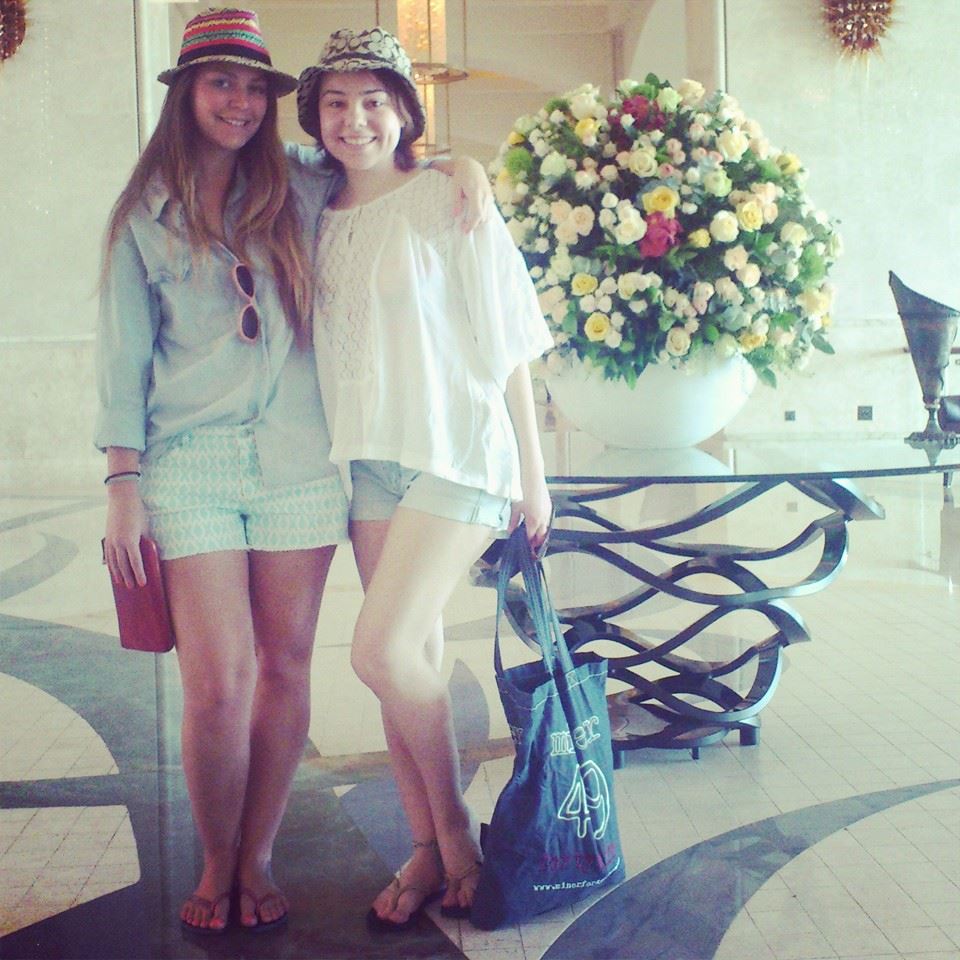 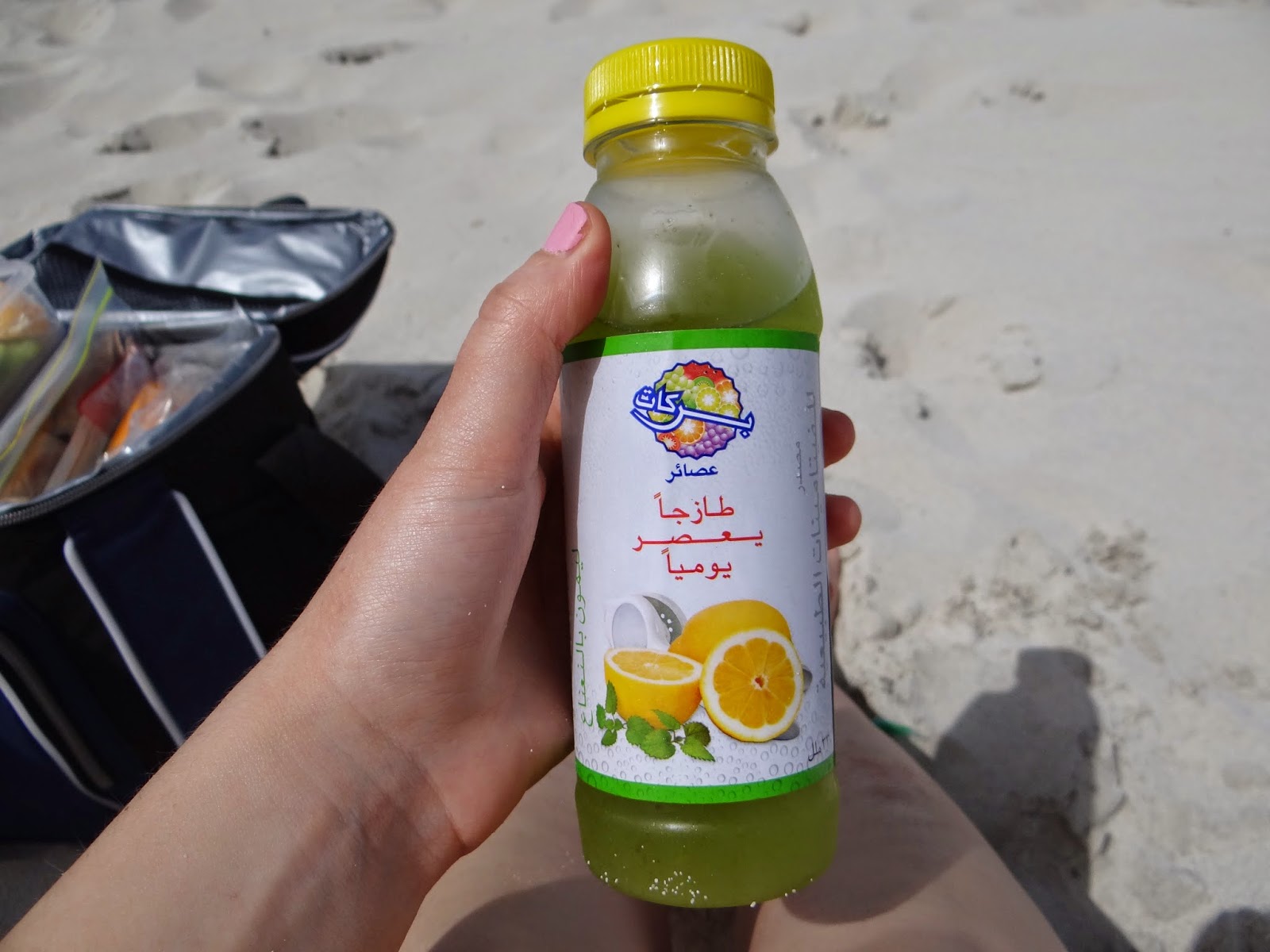 The second day was spent at Saadiyat Beach on the Arabian Golf.  We actually weren’t aloud in the water on that particular day as there happened to be an oil spill.  On the plane ride over I had tried mint infused lemonade, a popular choice there.  My cousin picked me up a bottle for the beach as well.  As I try to avoid sugar in my diet I now substitute lemon and mint infused water, a lovely refresher on summer days. 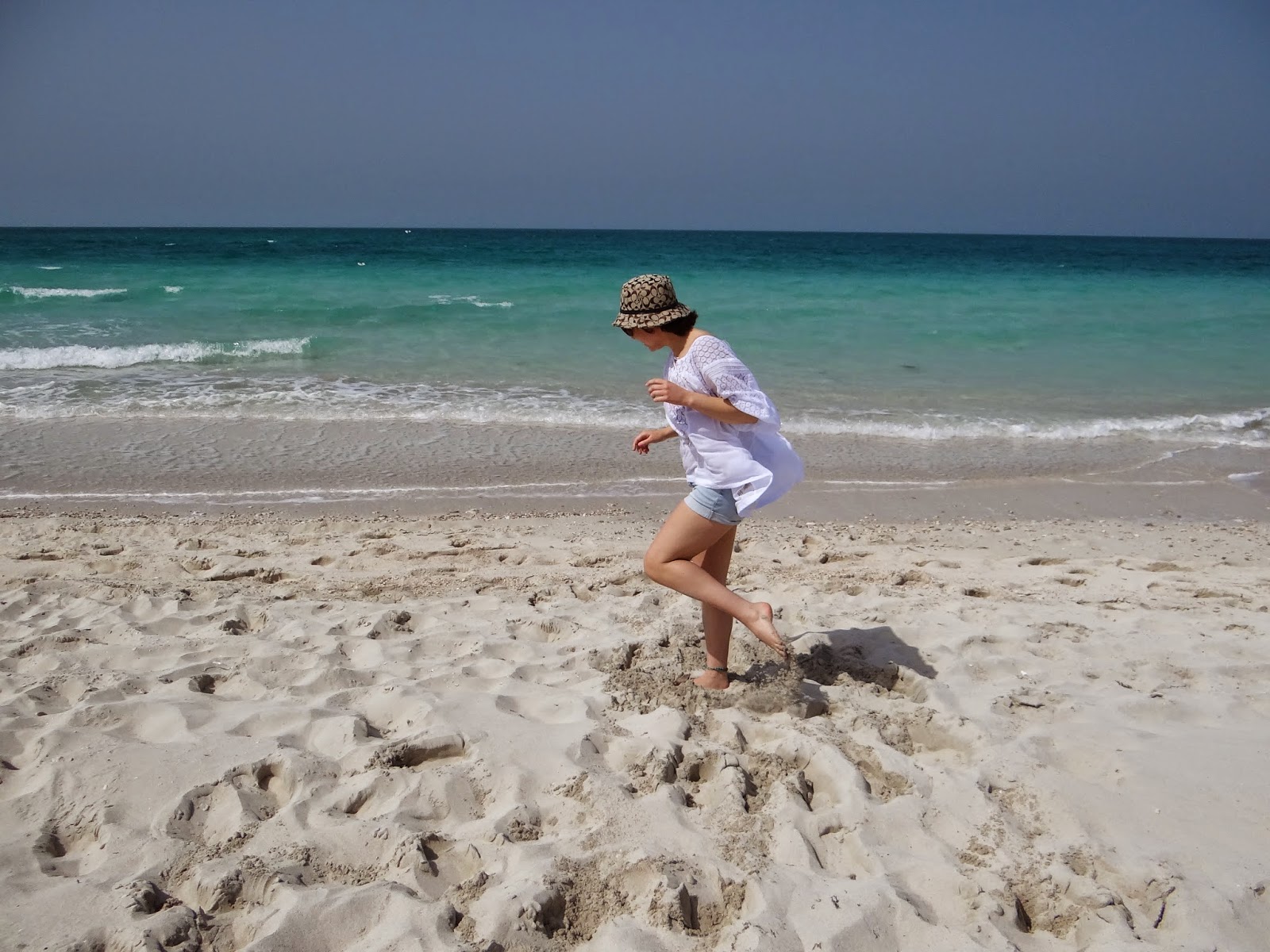 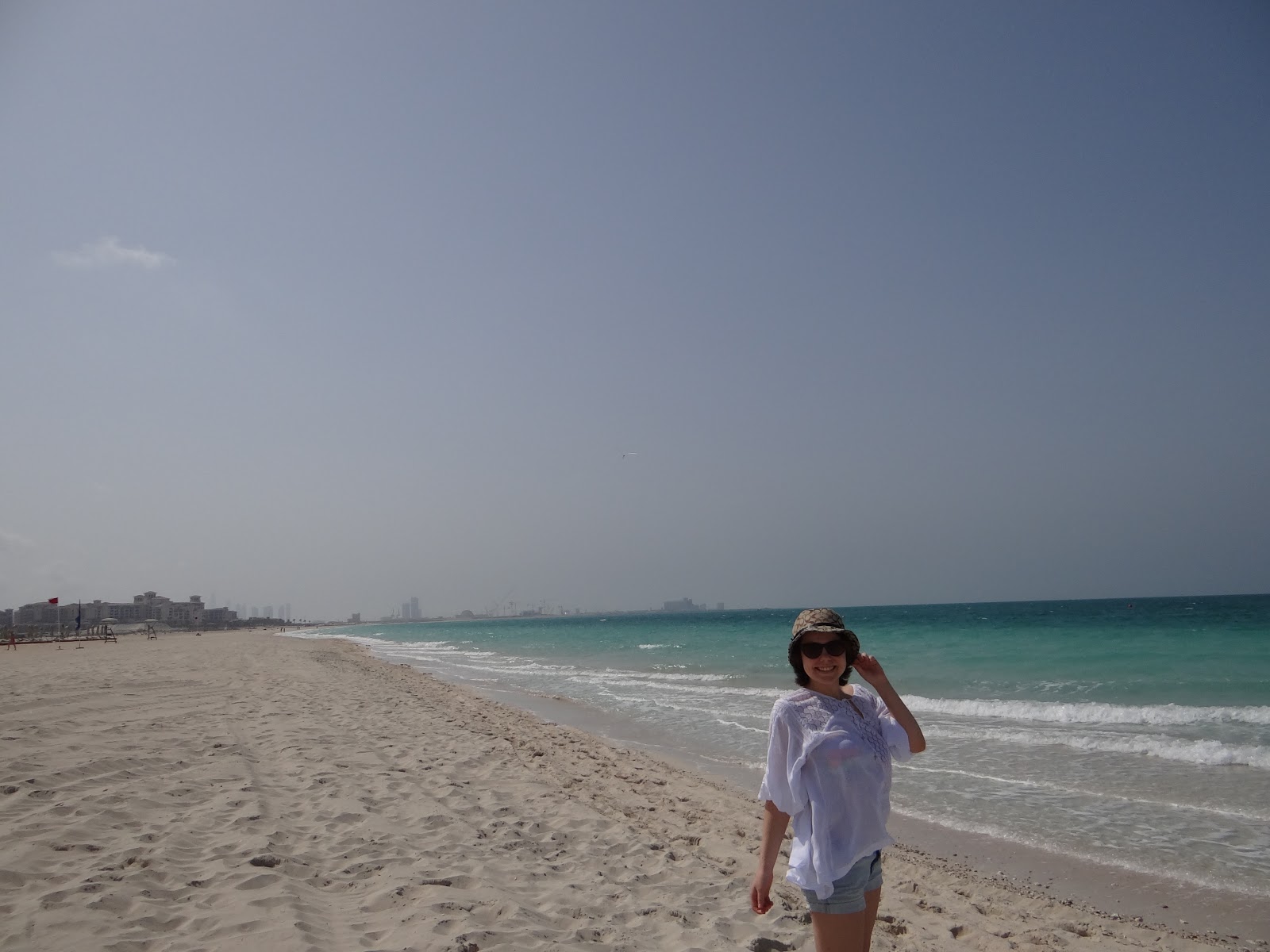 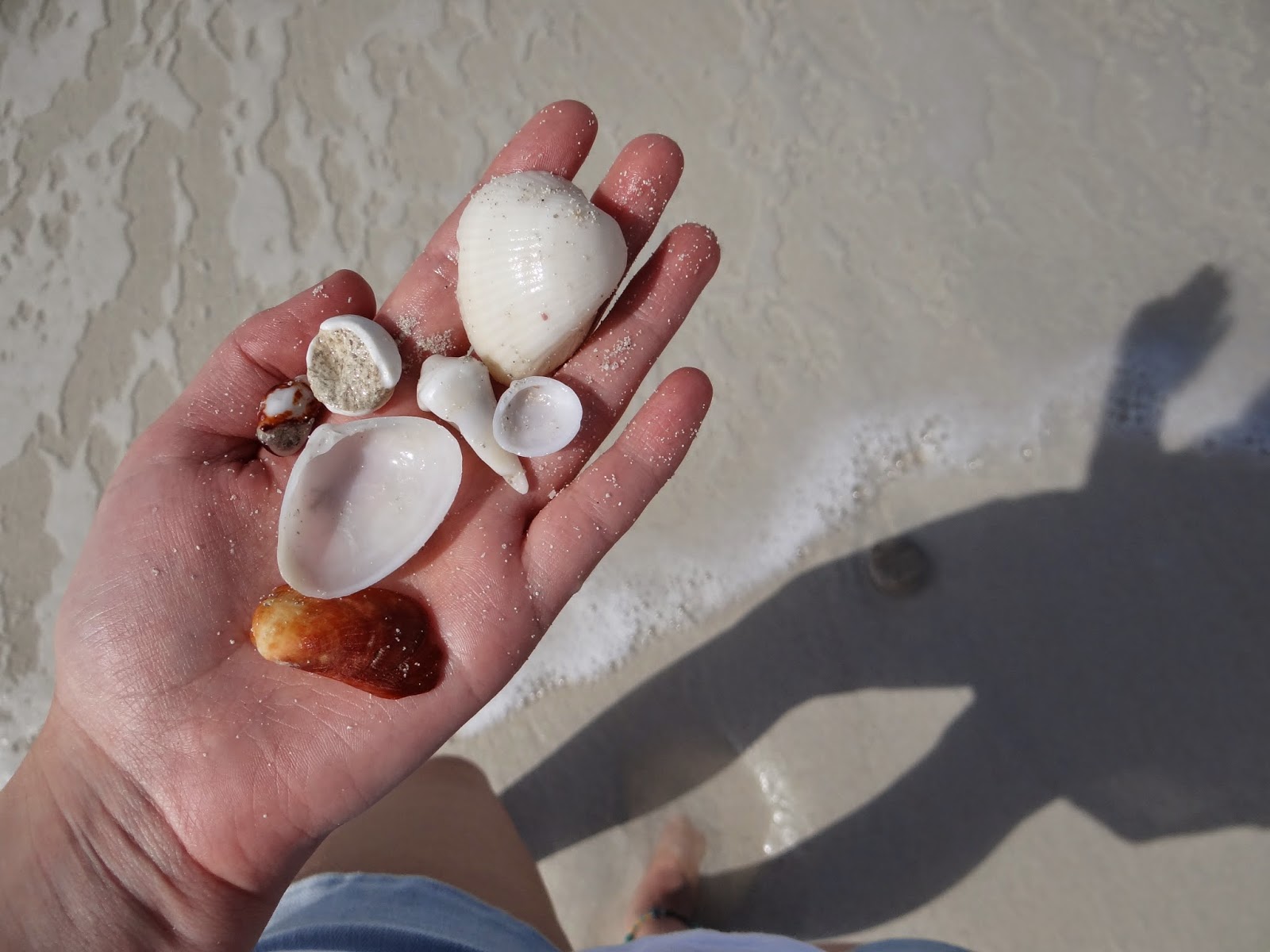 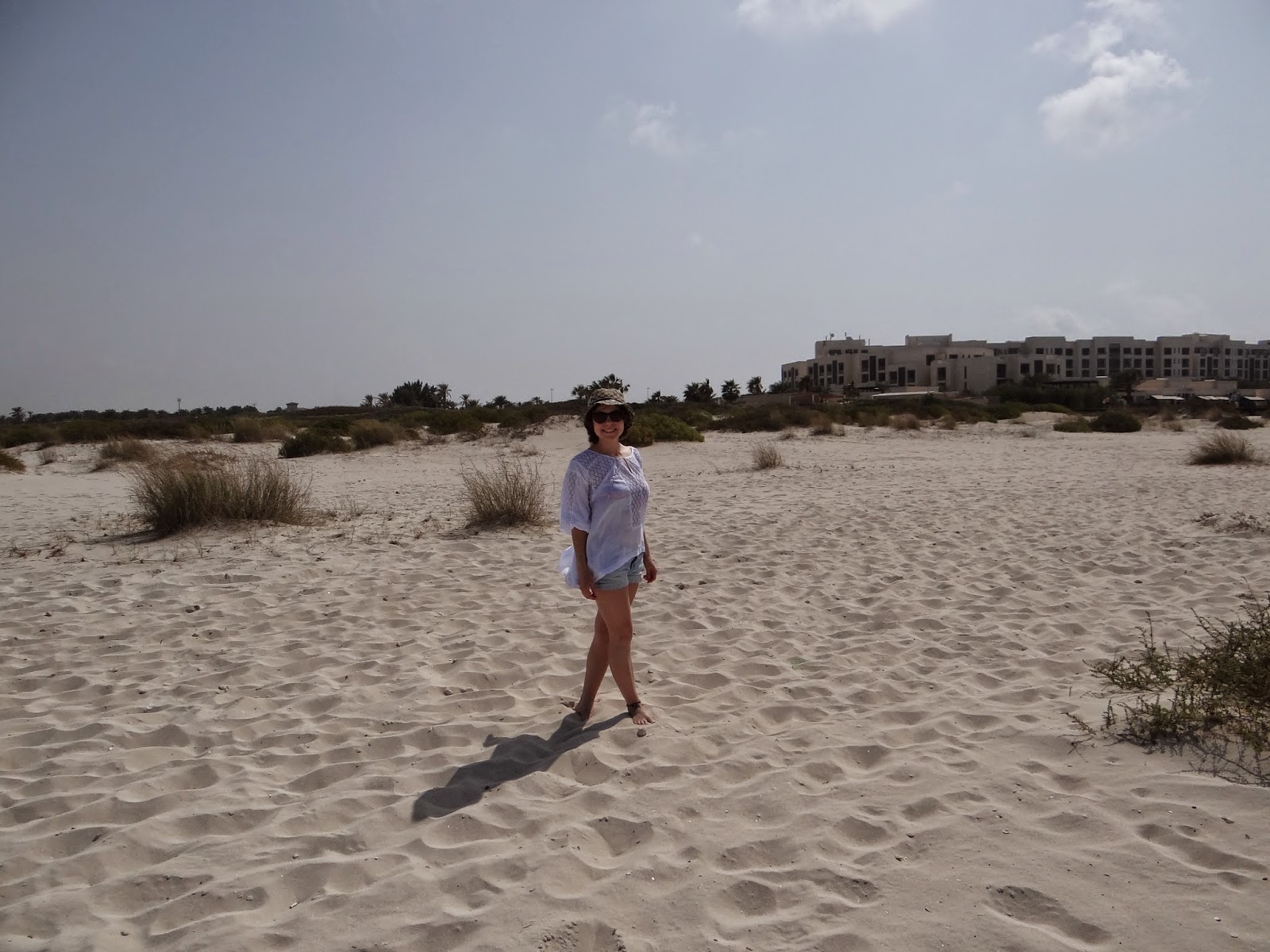 After the beach we put on our Sunday best in order to have high tea at Abu Dhabi’s seven star, Emirates Palace Hotel.  This was definitely a highlight of my trip, a must for anyone travelling to Abu Dhabi, especially those who enjoy a bit of whimsy and decadence.  Walking around the opulent hotel is an experience unto itself. 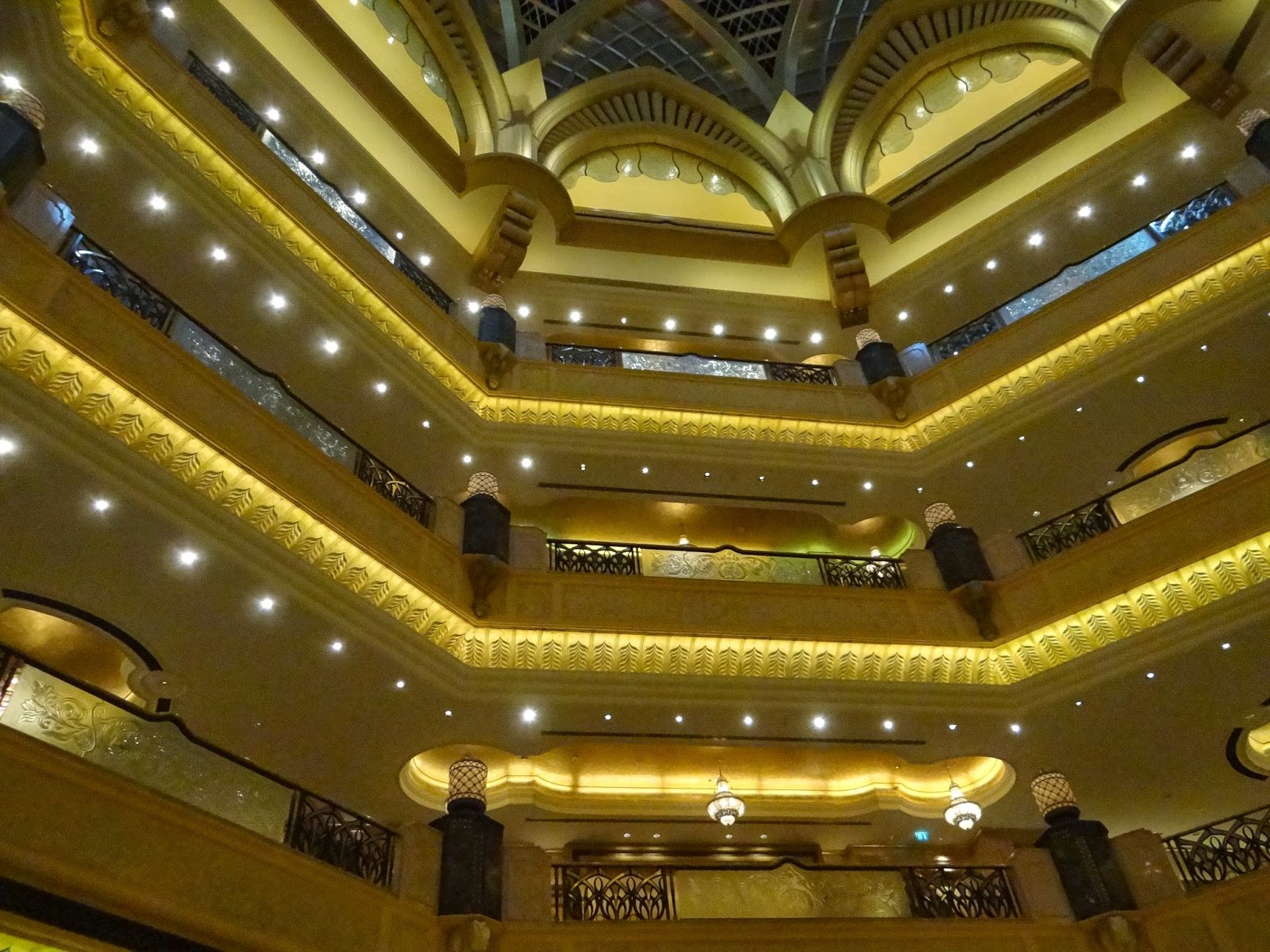 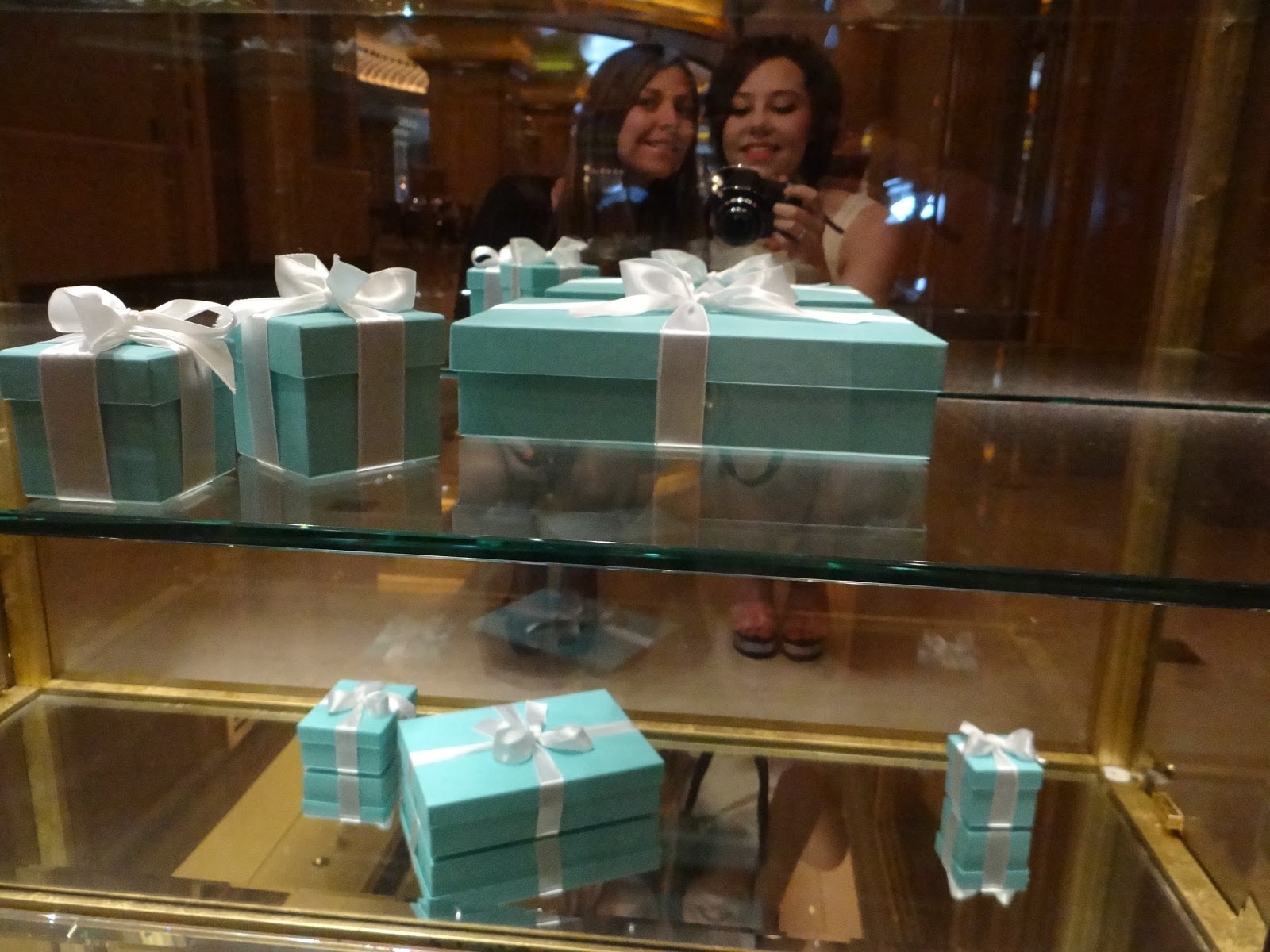 Of course what would high tea be without a cappucino garnished with flakes of gold? 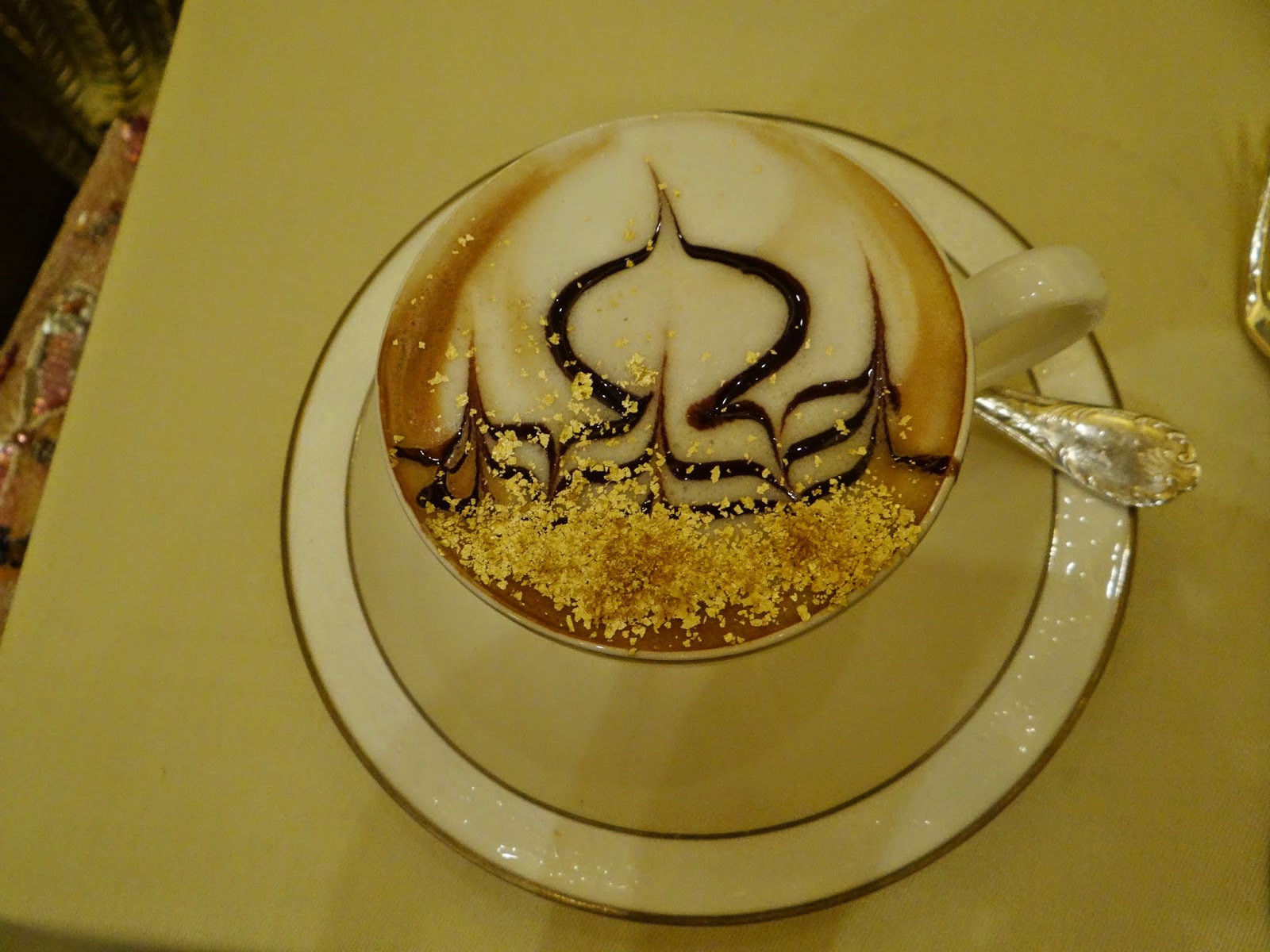 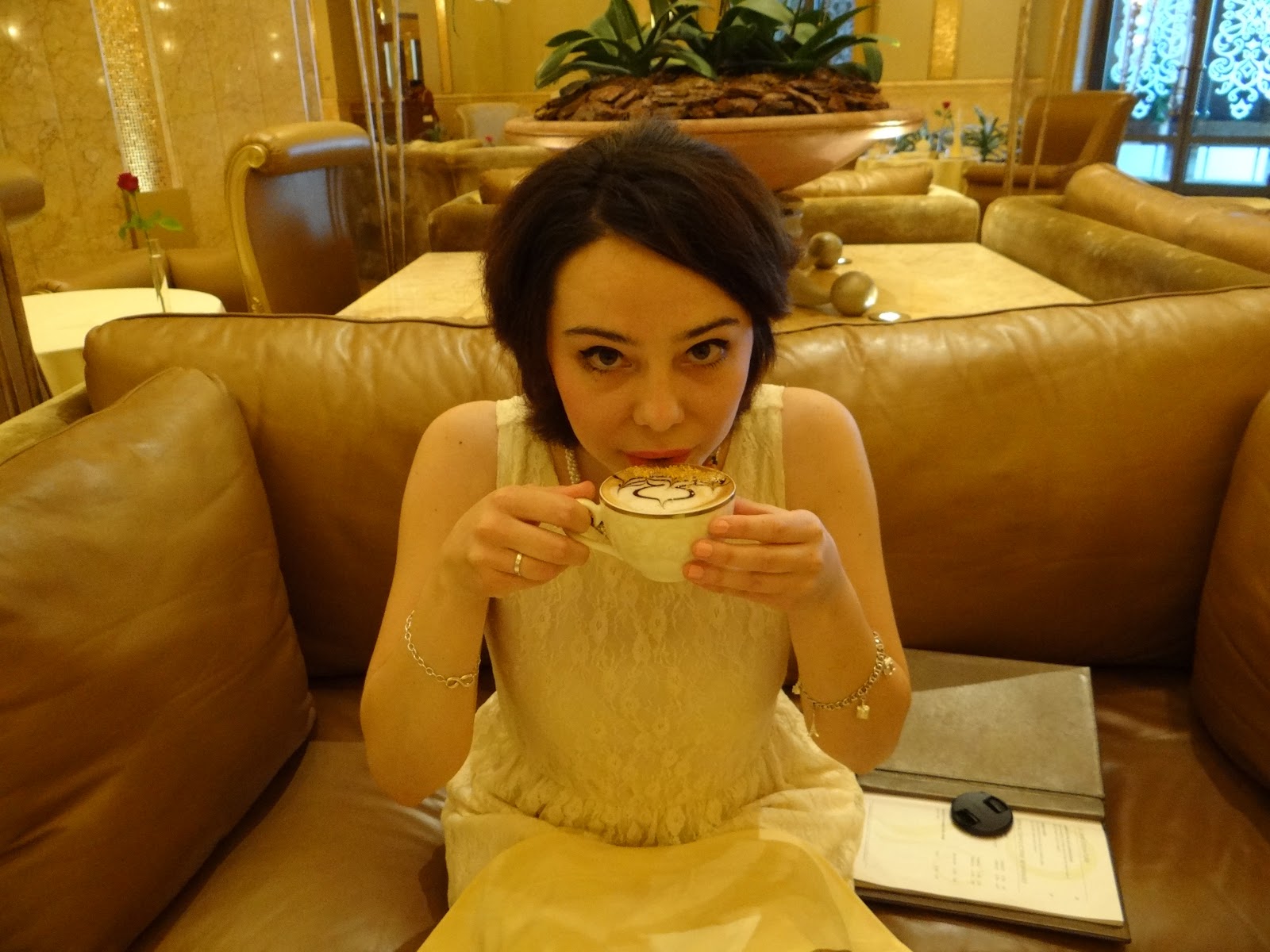 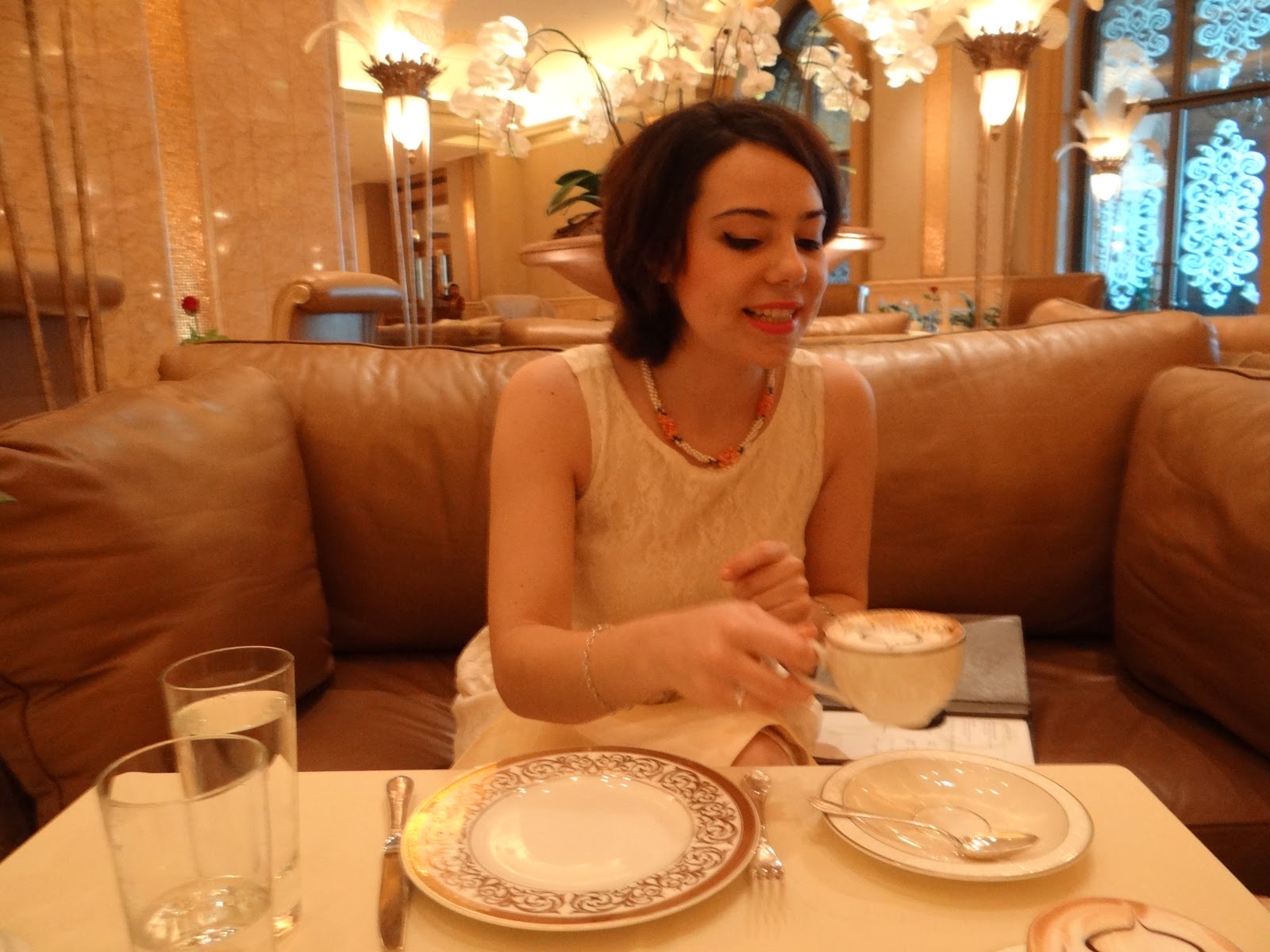 The tea itself begins with a warm appetizer. 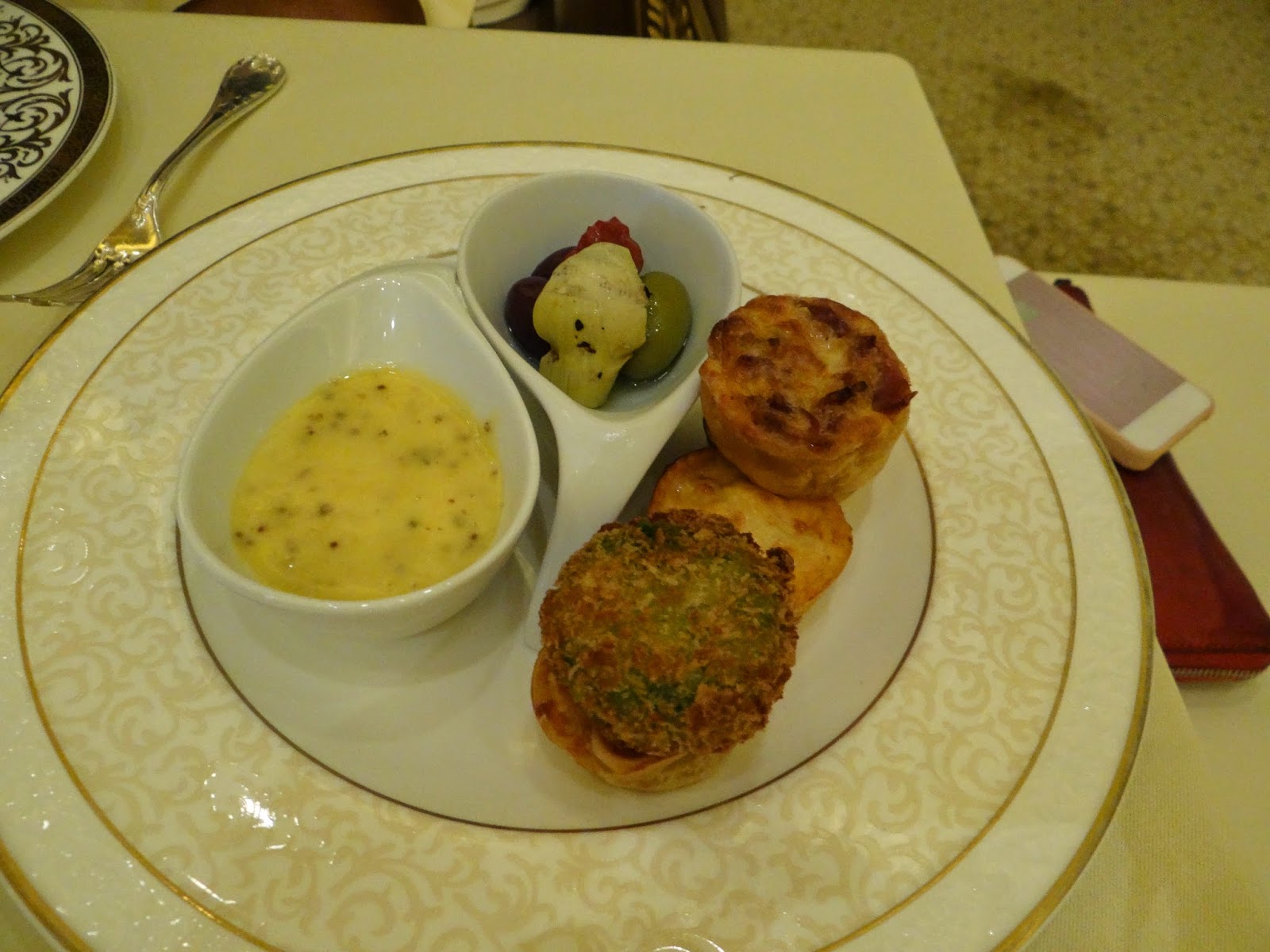 Followed by a three-tiered cake tray including tea sandwiches, scones, jam, custard and desserts.  We split the order between the two of us and it was more than filling, delicious as well. 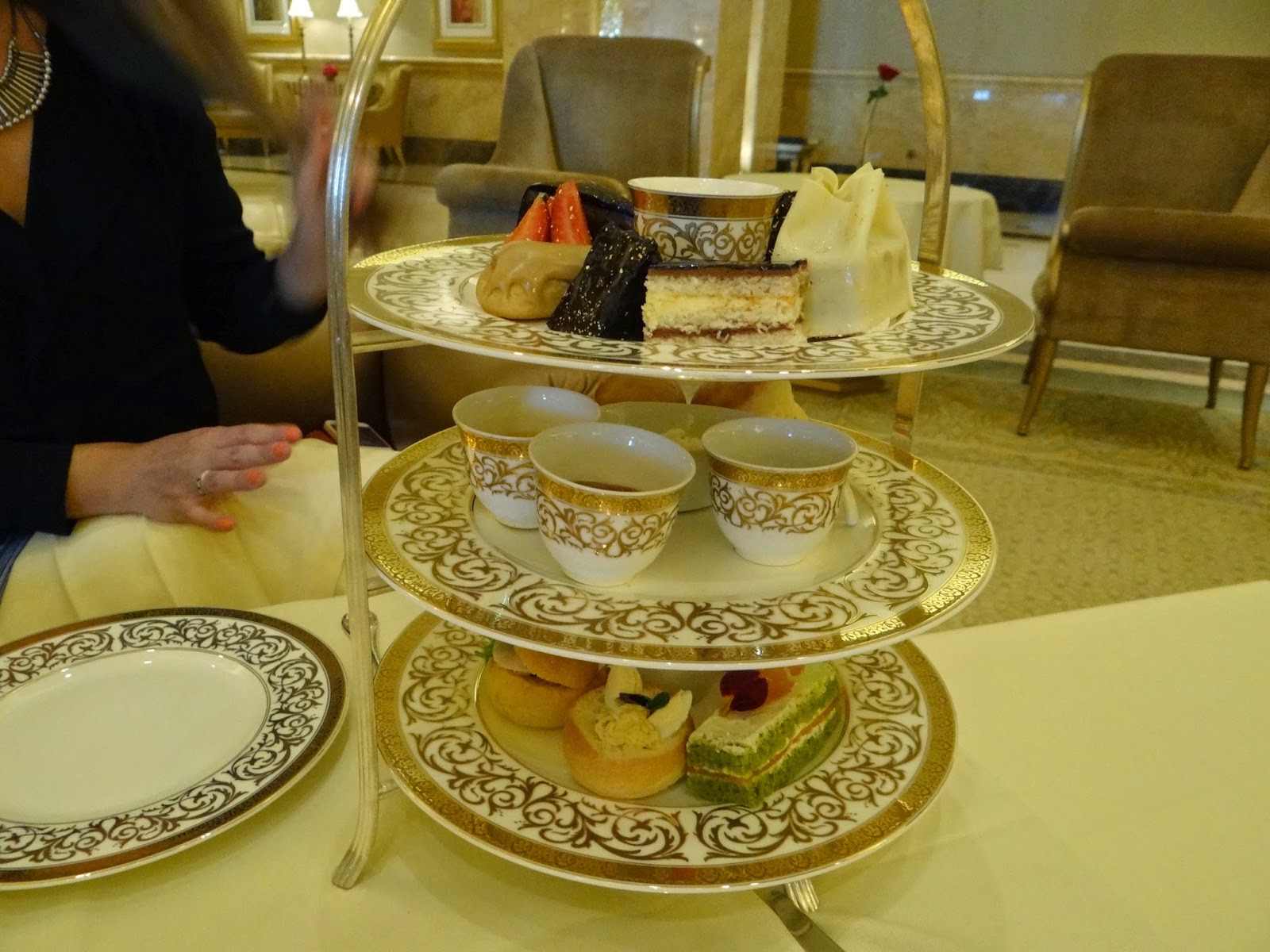 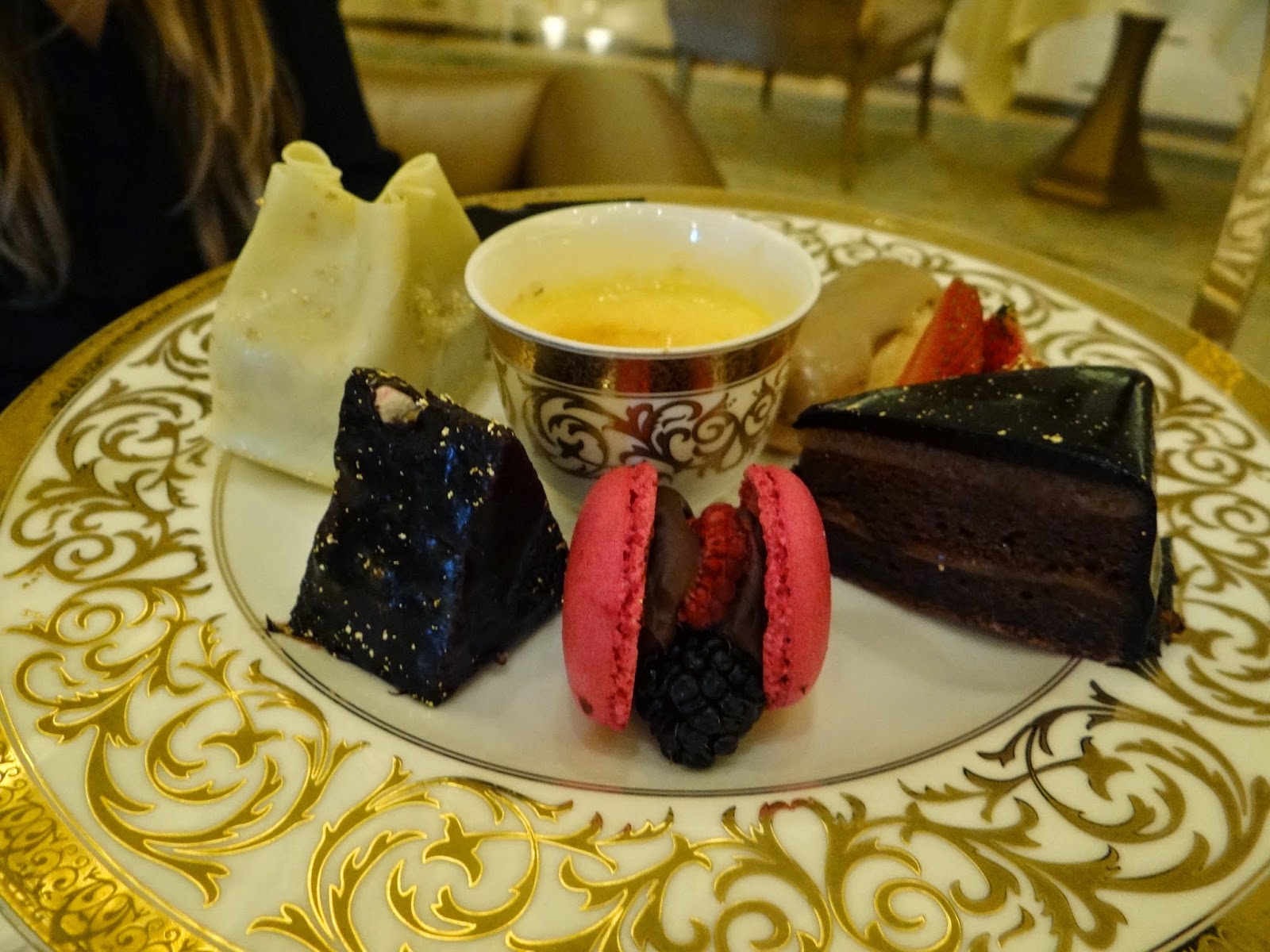 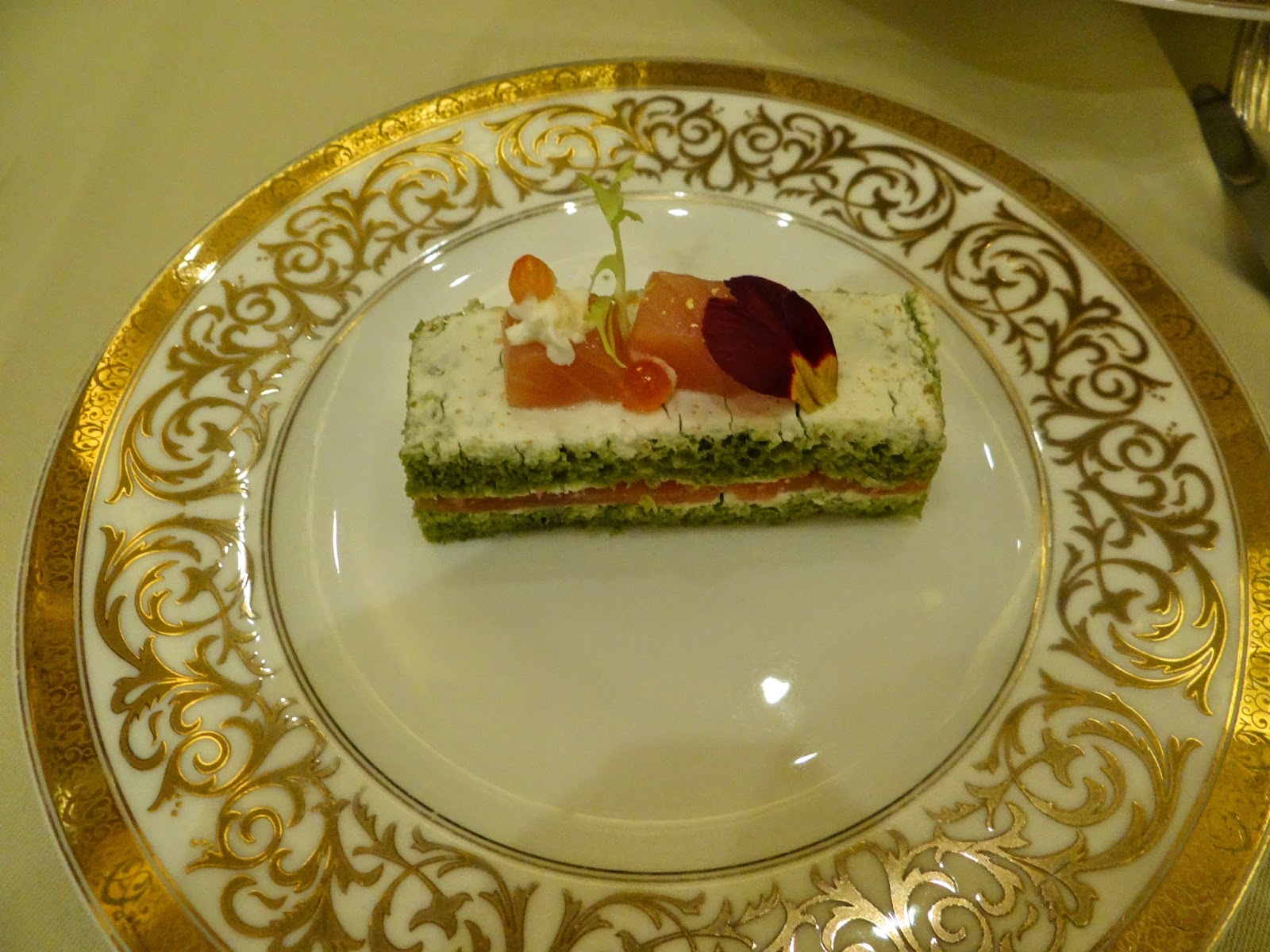 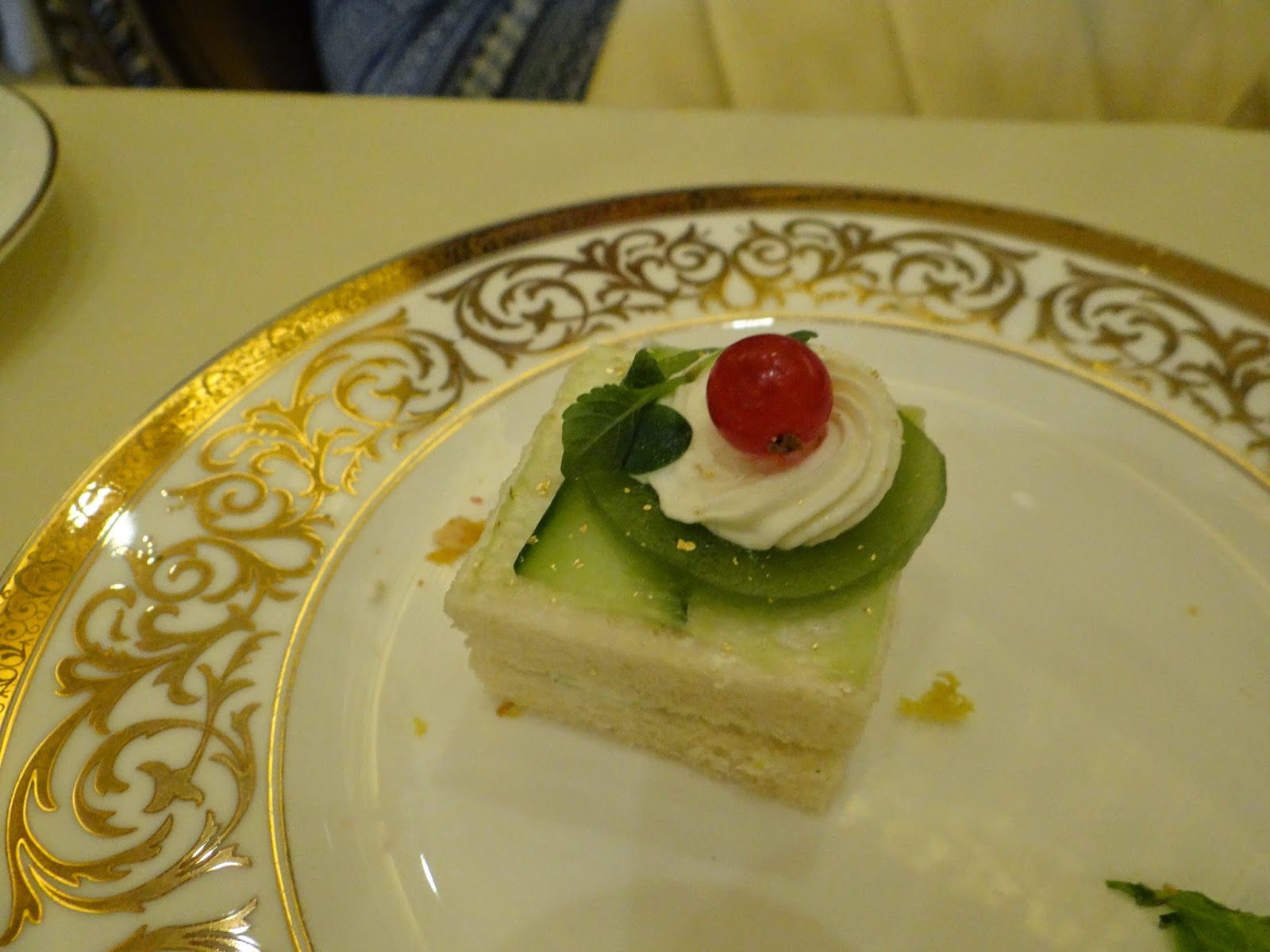 After high tea we wandered around the hotel to take in the extravagance.  Here I am posed in front of a tapestry of the hotel. 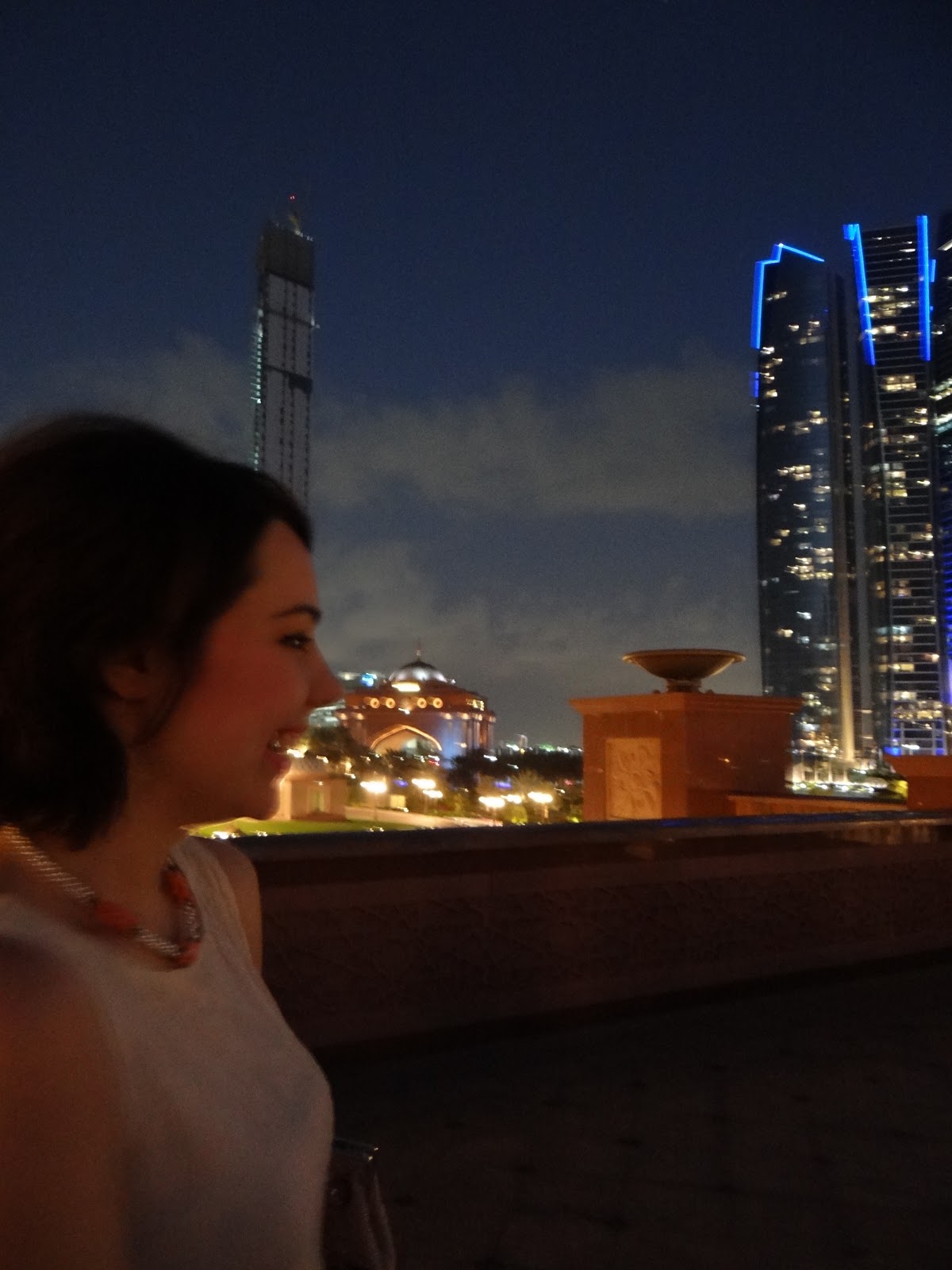 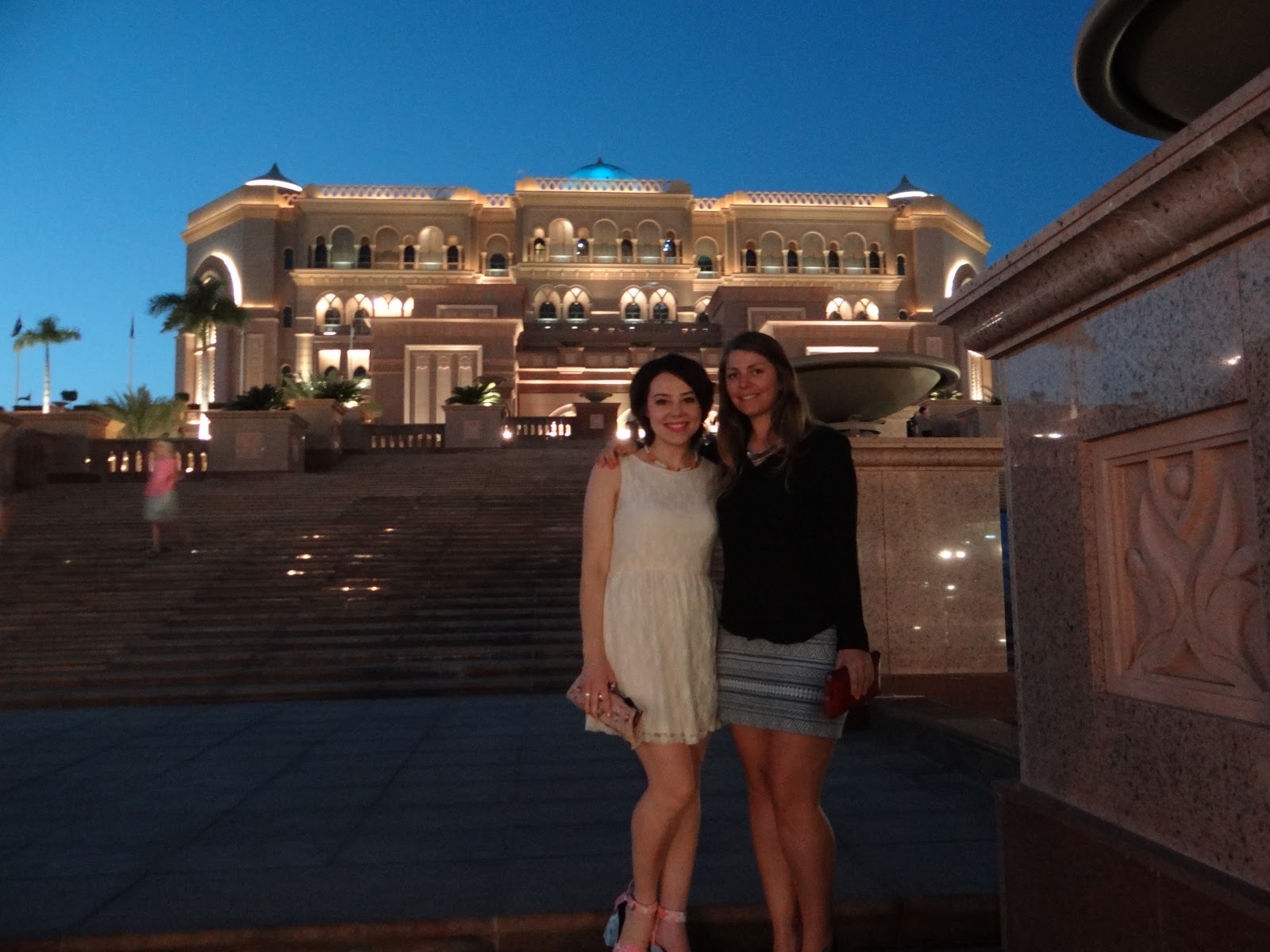 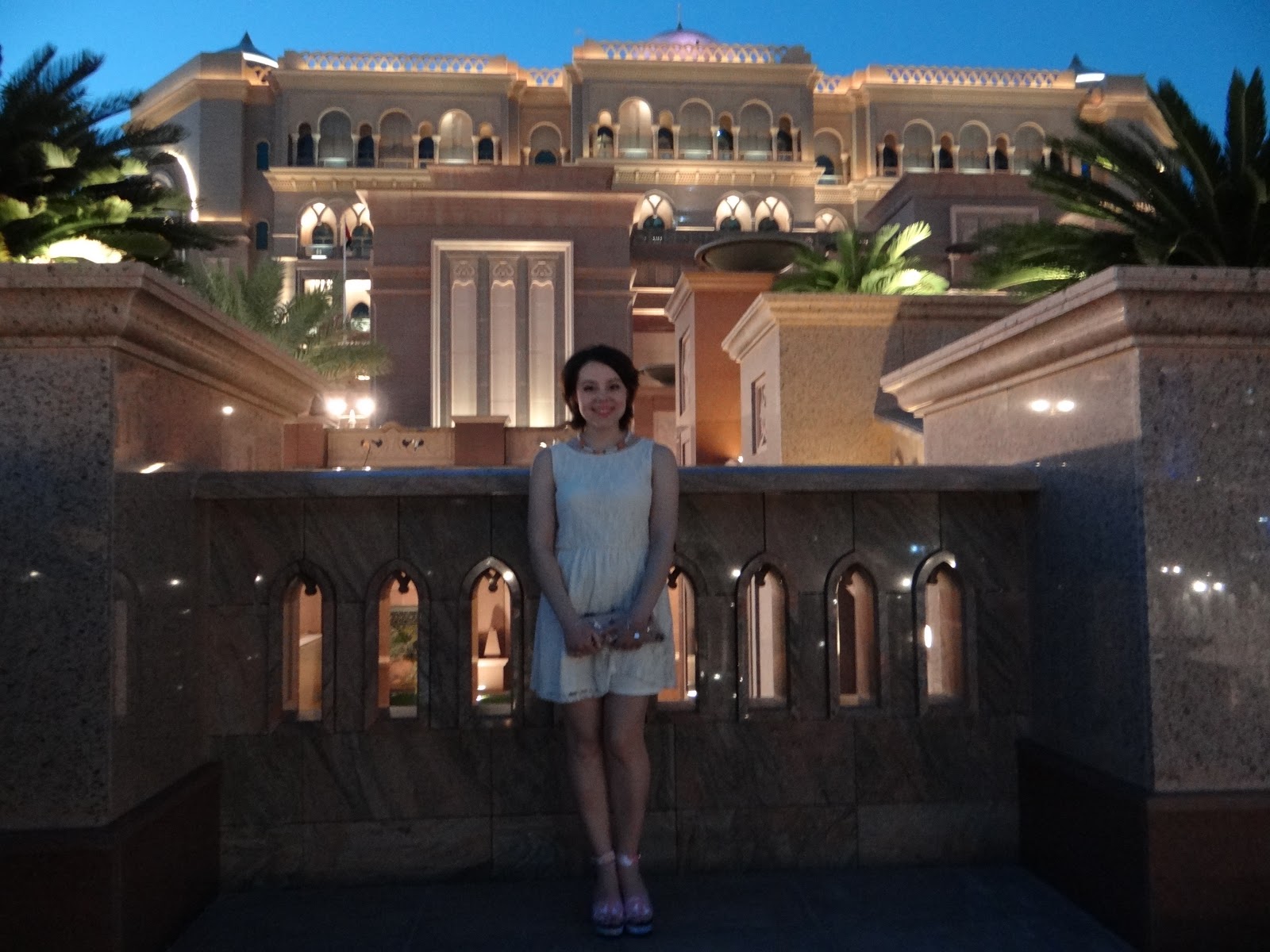 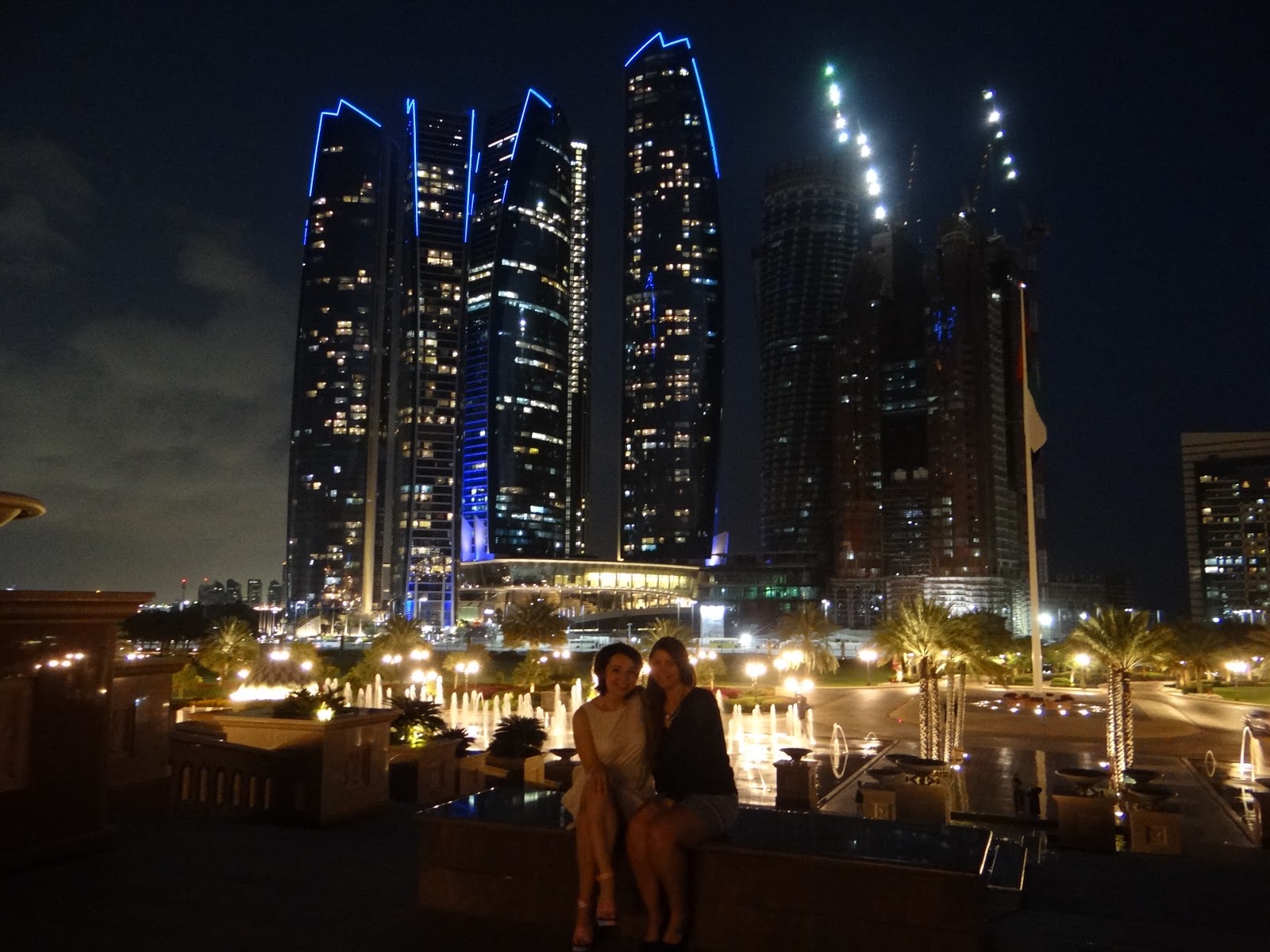 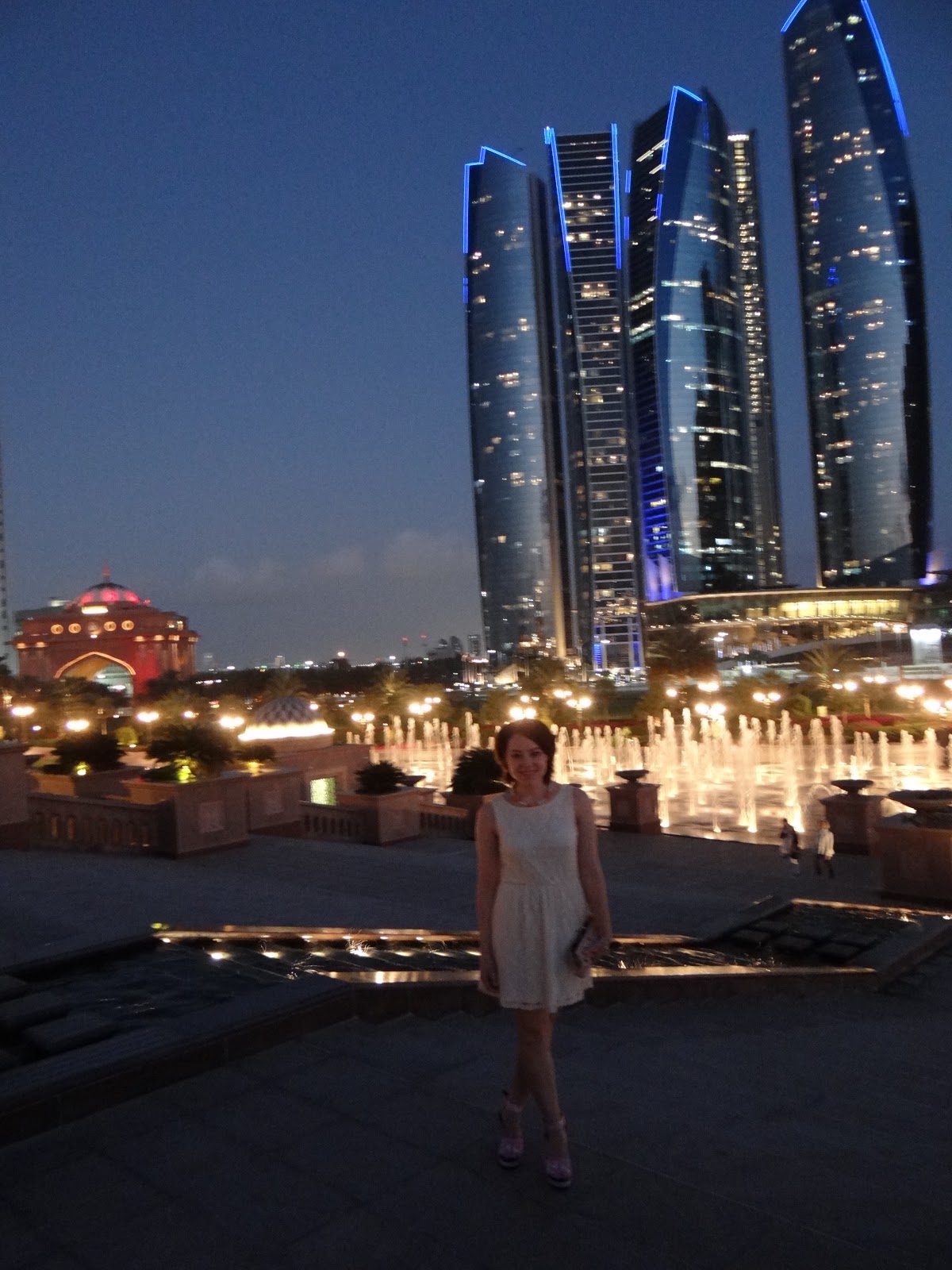 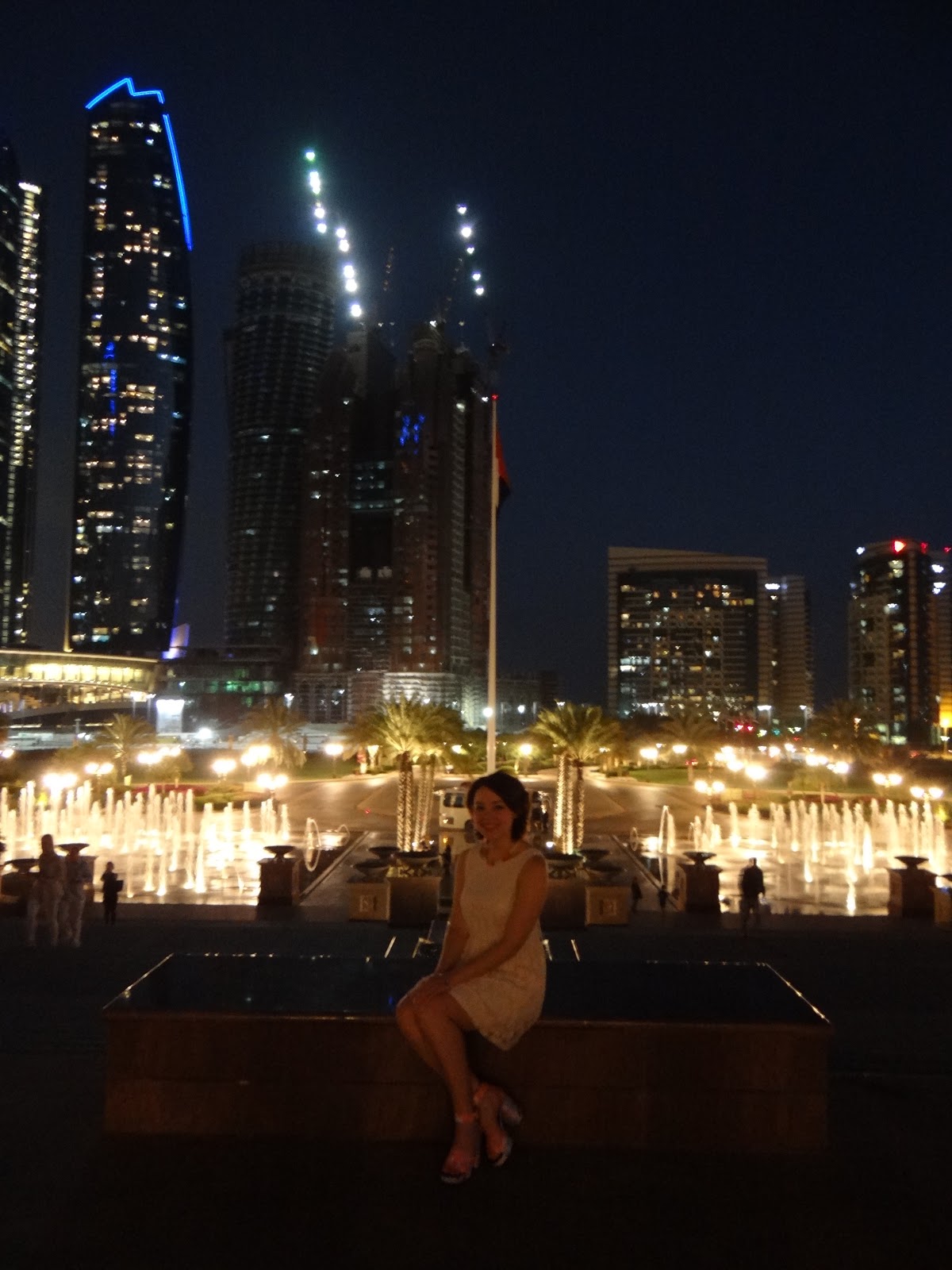 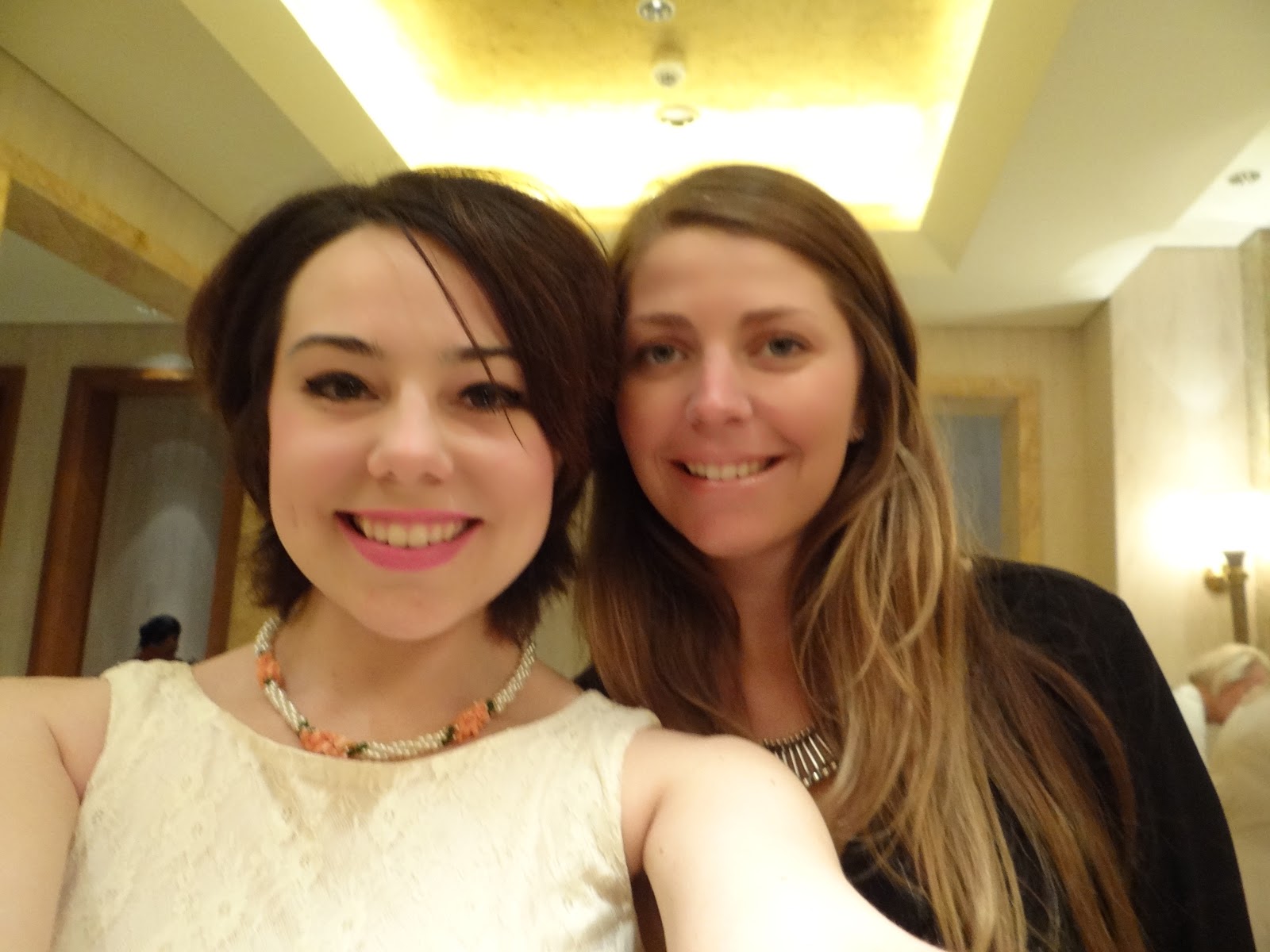 We then went to a bar inside the hotel, Hakkasan, I ordered a rosebud martini, complete with an orchid.  The UAE certainly knows how to make one feel special. 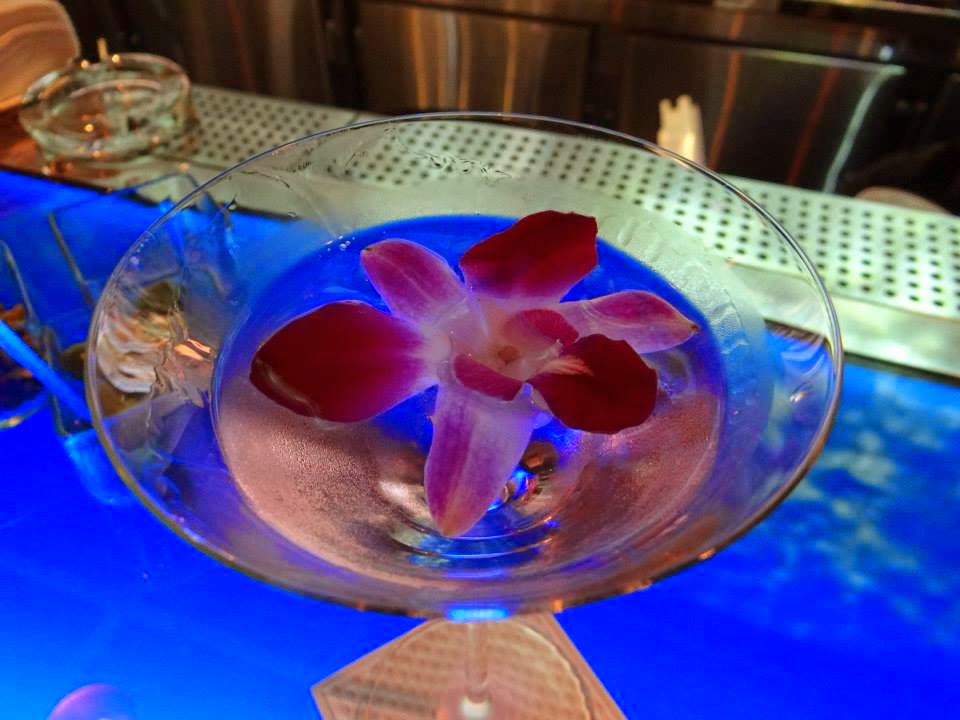 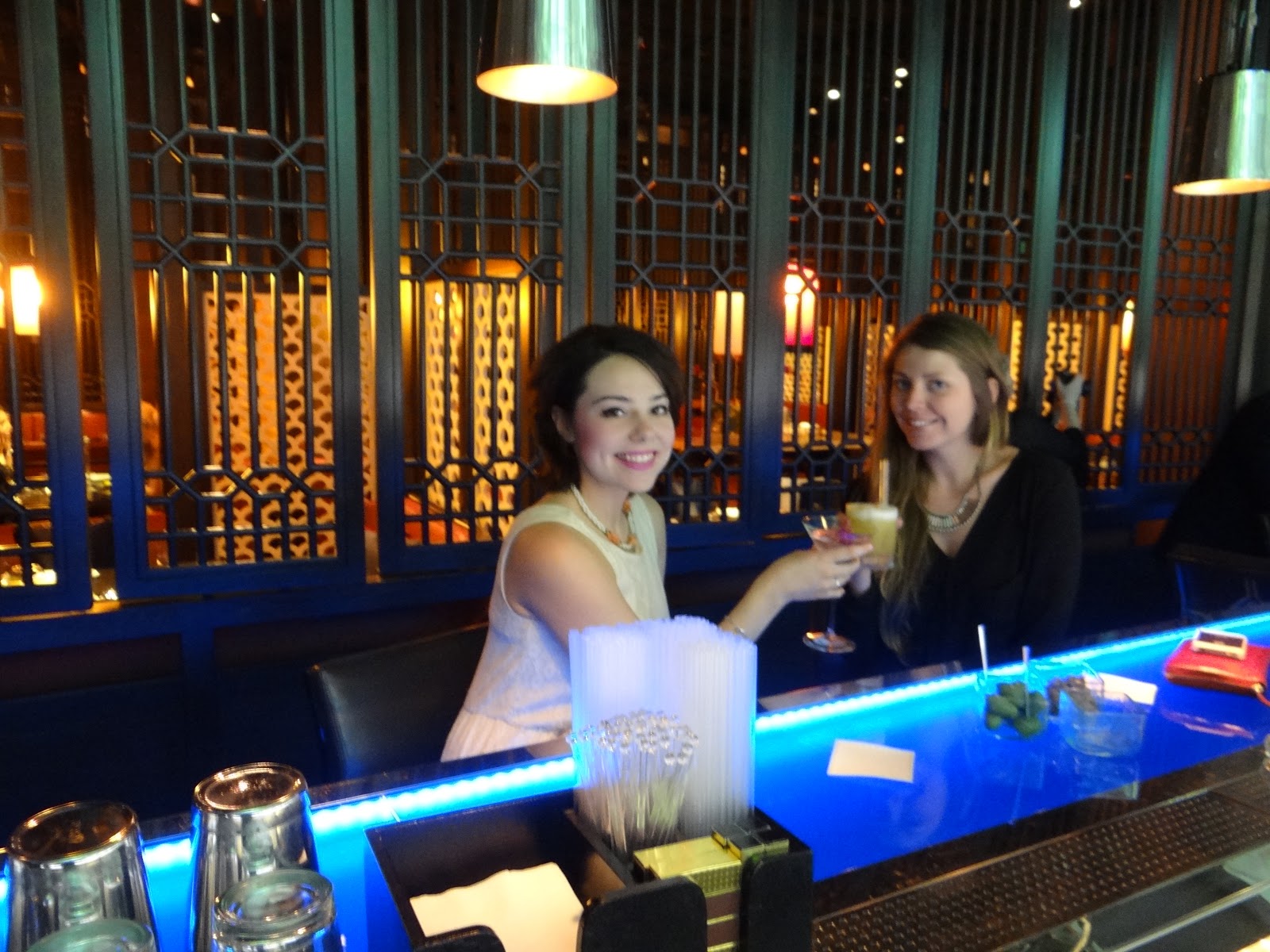 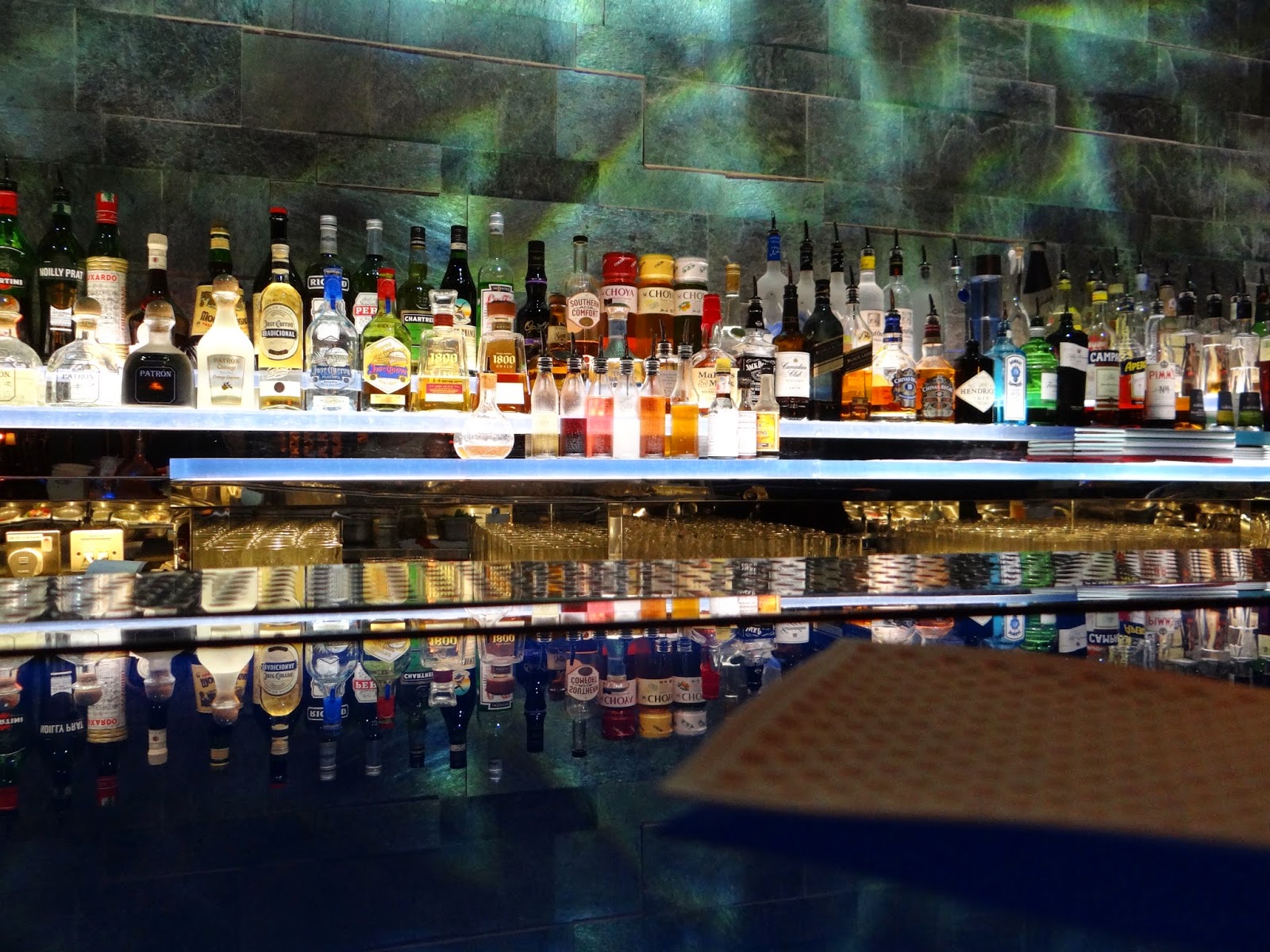