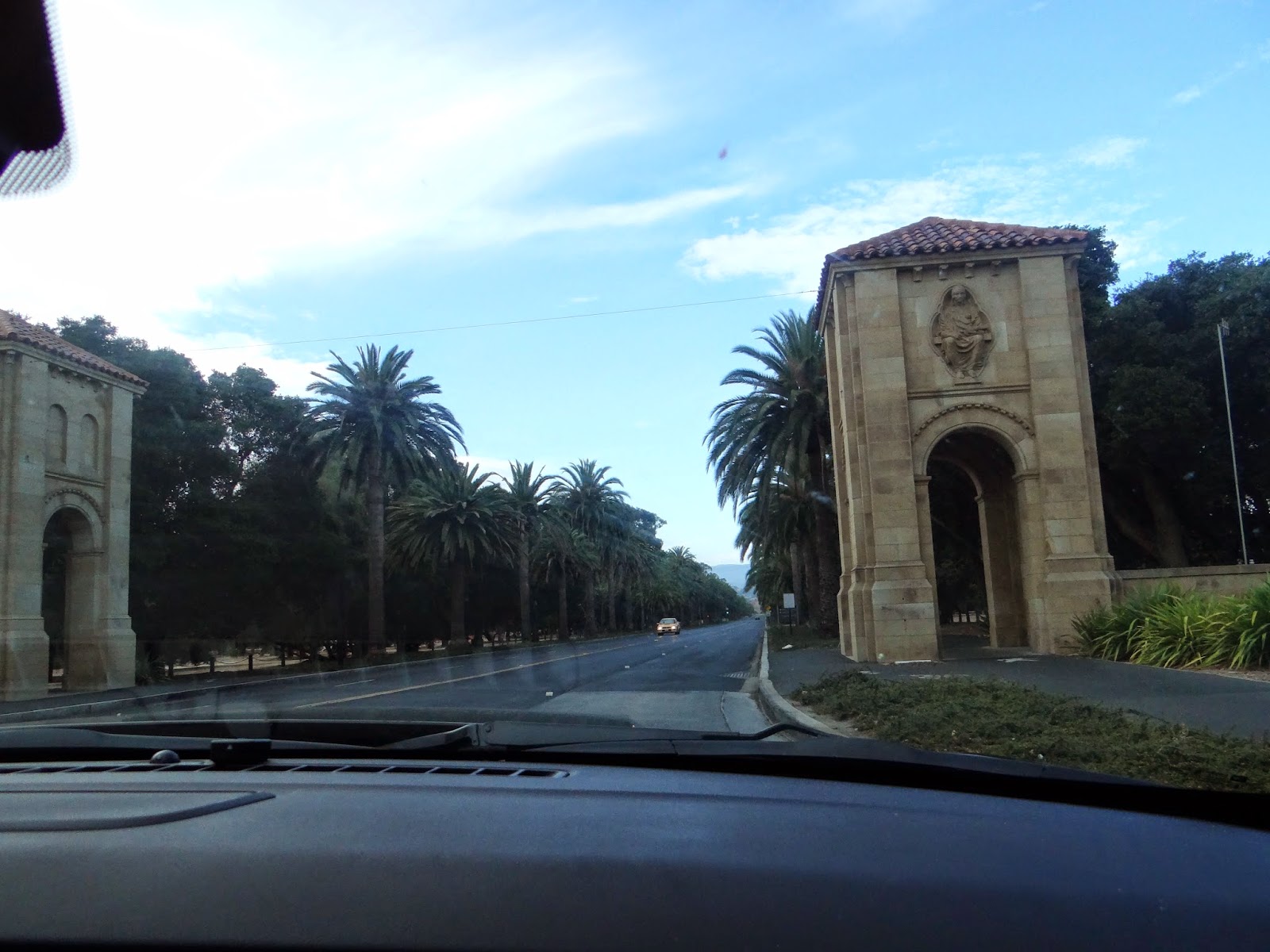 As you may be able to tell I have a love of architecture.  My favourite forms include academic institutions and libraries.  So of course while in the Bay Area I had to see Stanford.  One of my favourite academics to follow is Phillip Zimbardo.  His infamous “Stanford Prison Experiment” in the seventies cemented his fixture in psychology’s history.  I recommend is book, “The Time Paradox” an insightful look at how we can use our perception of time to our advantage. 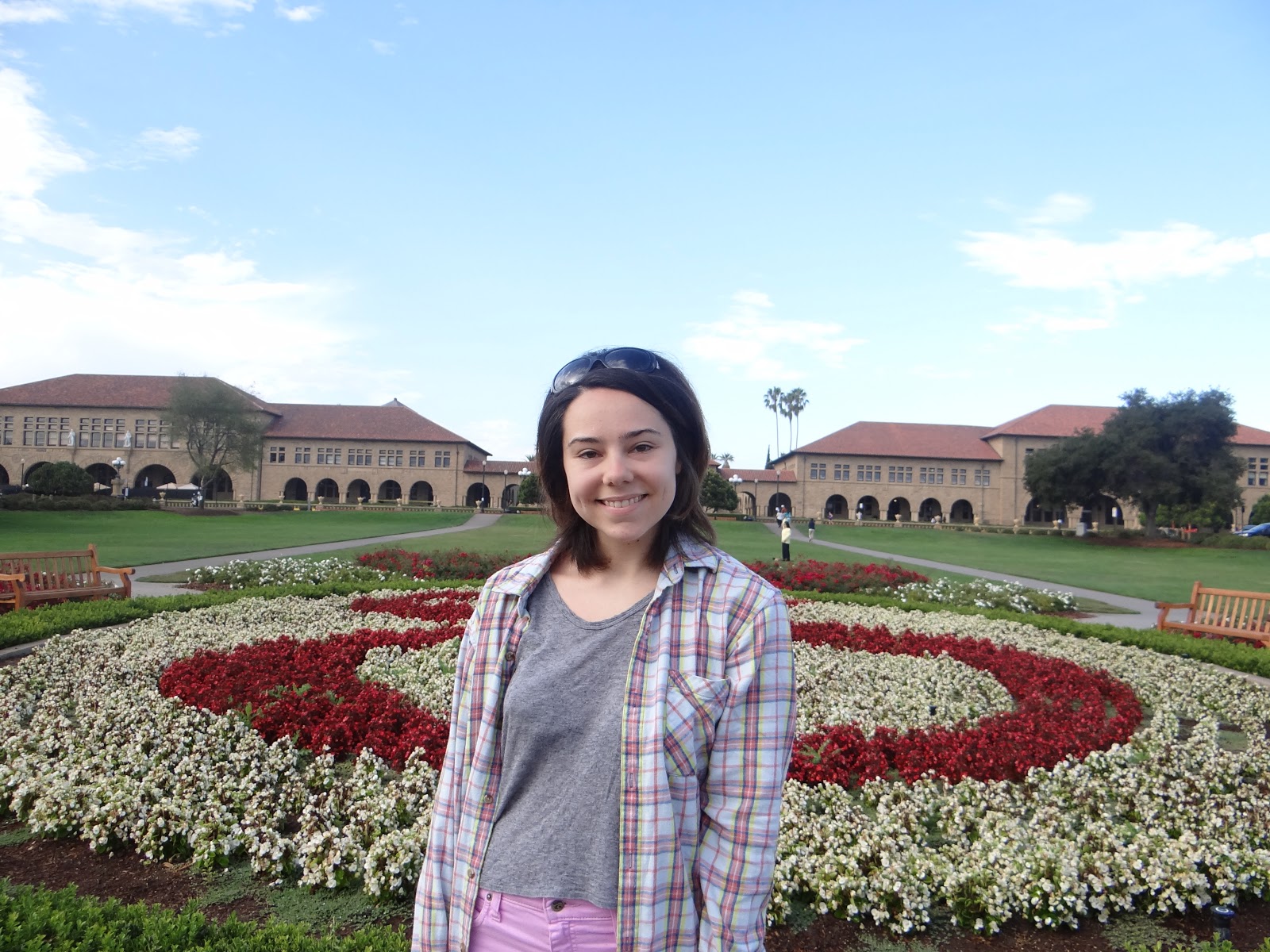 Private universities in Canada are not on par with those in America.  Stanford is very different from the institutions I’m used to, especially the beautiful sand stone. 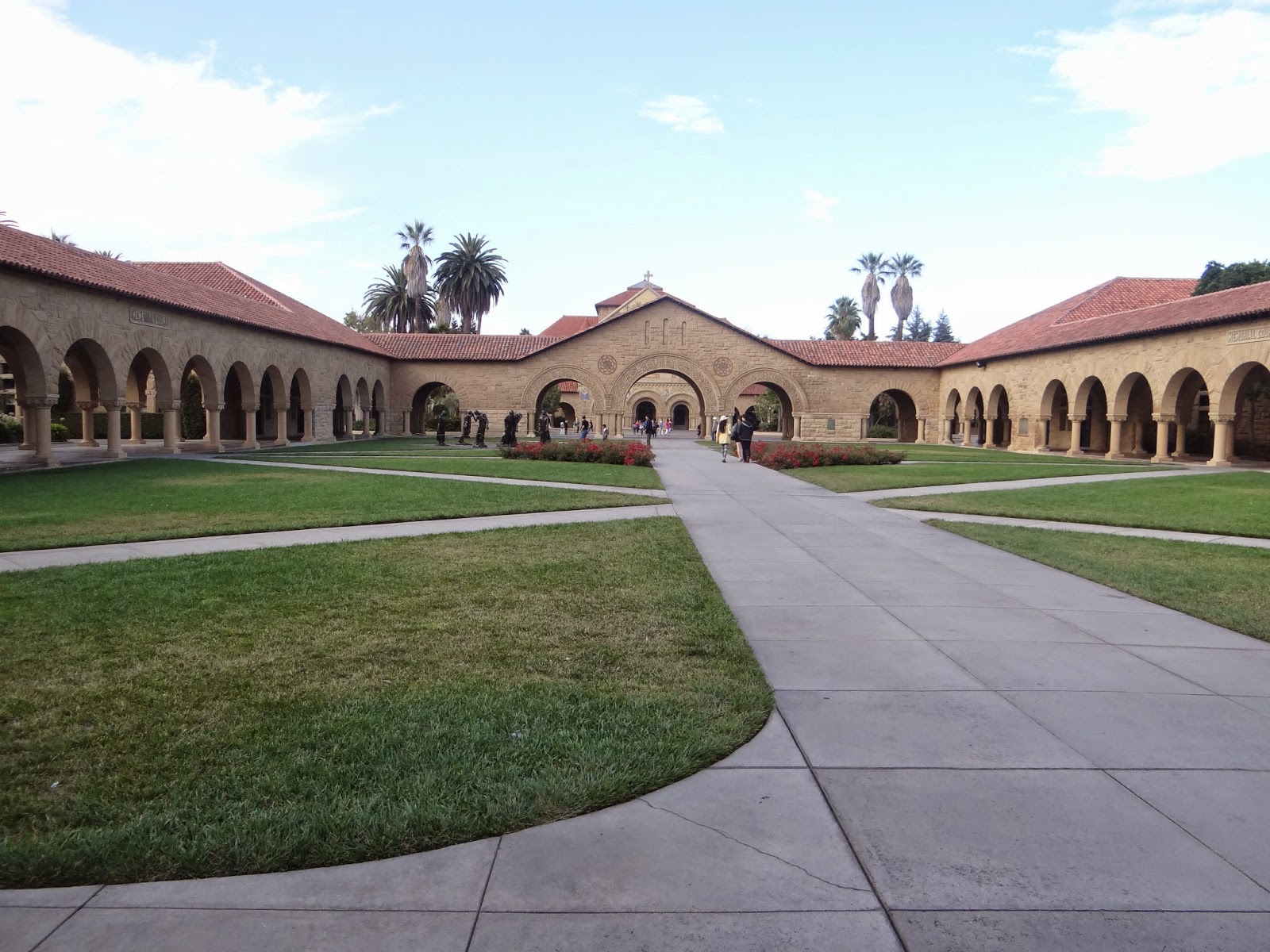 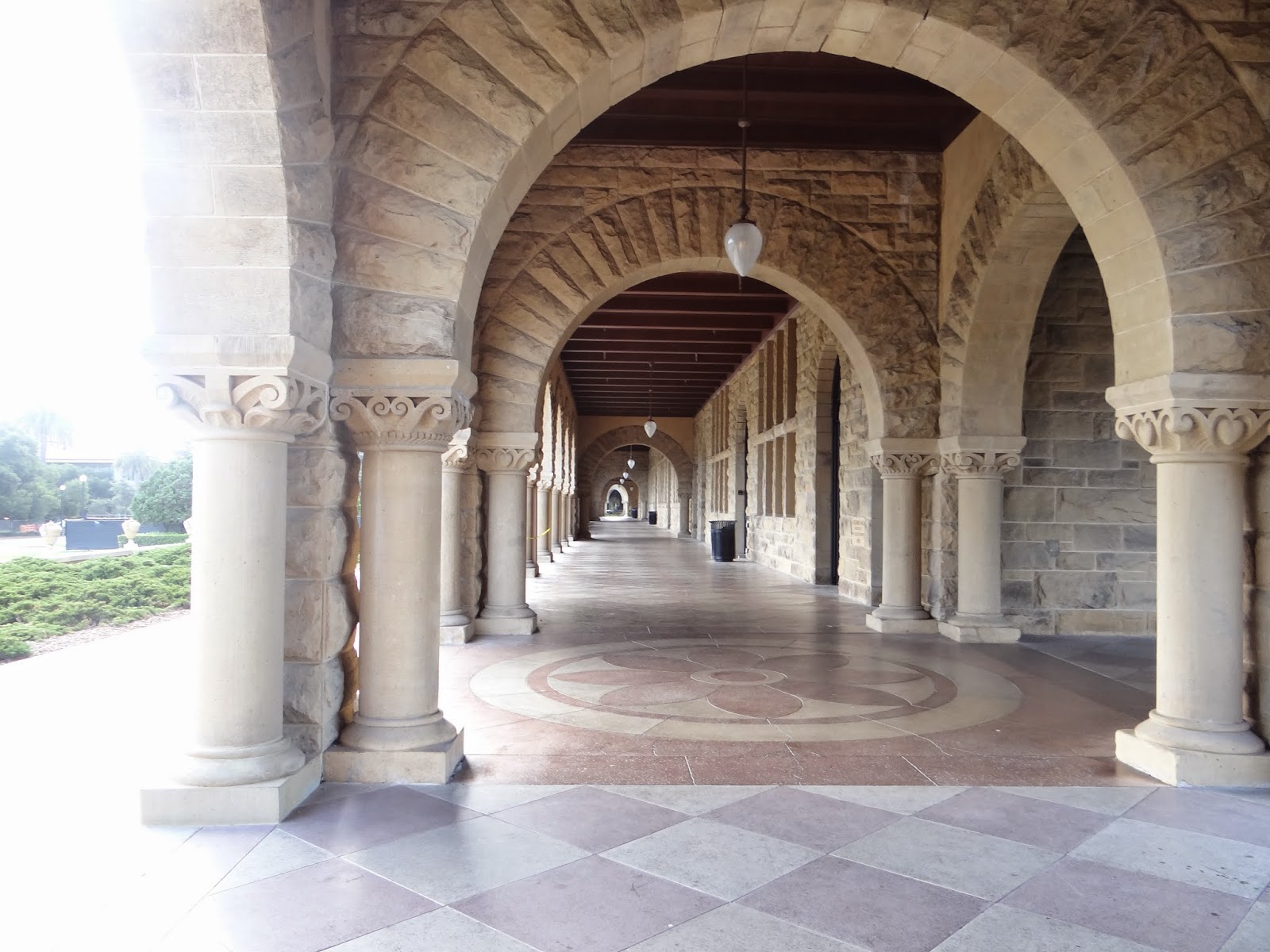 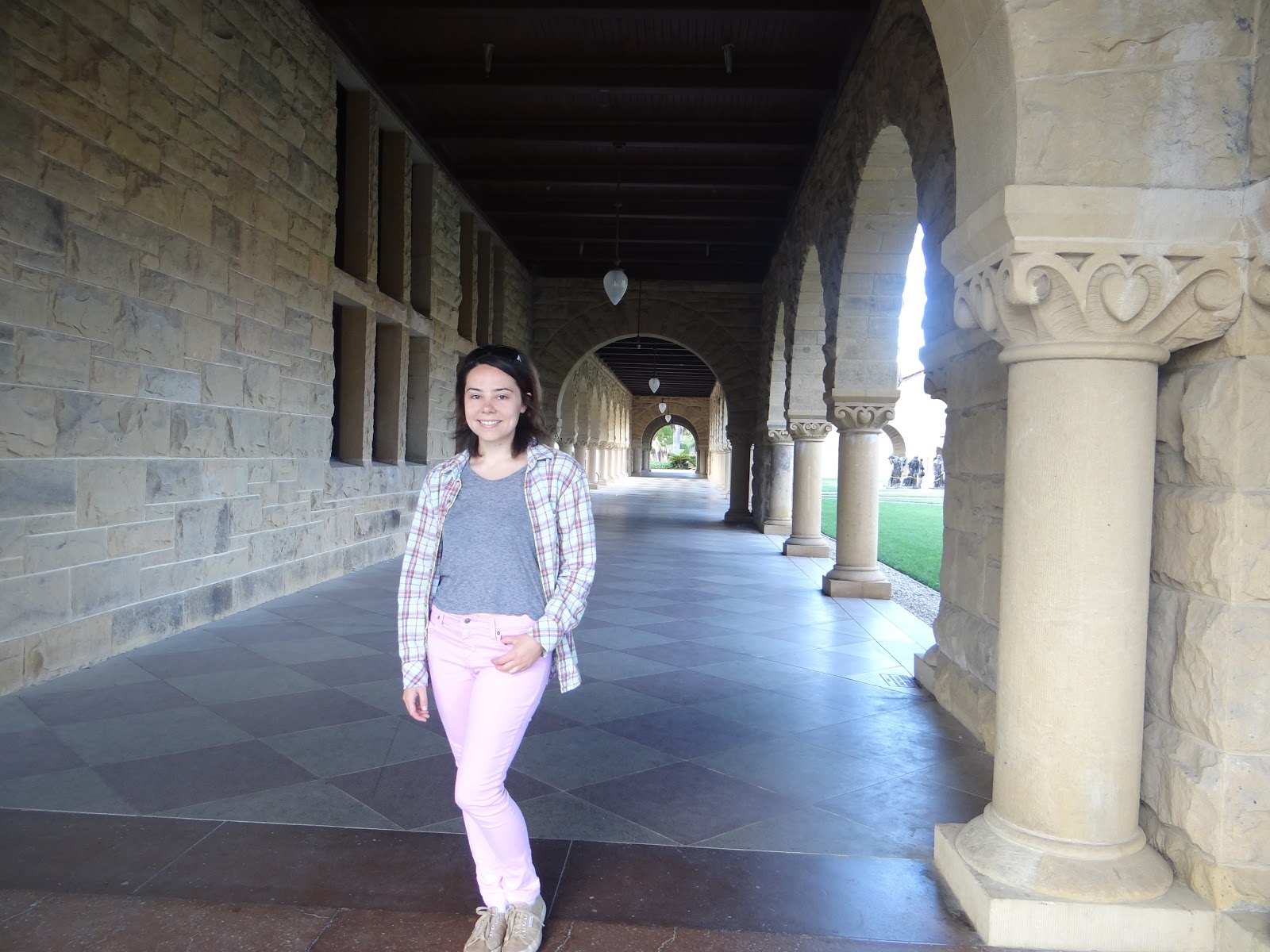 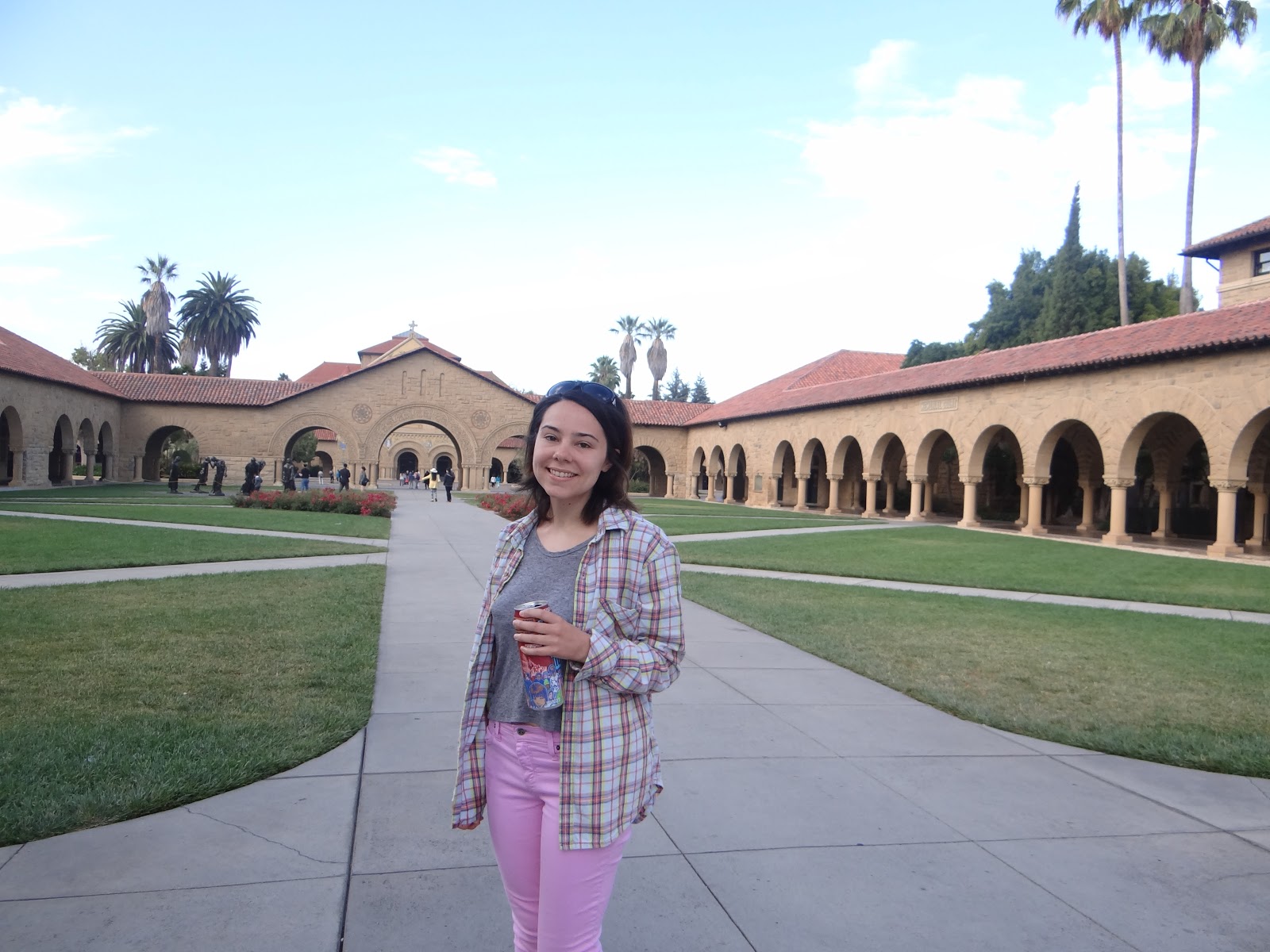 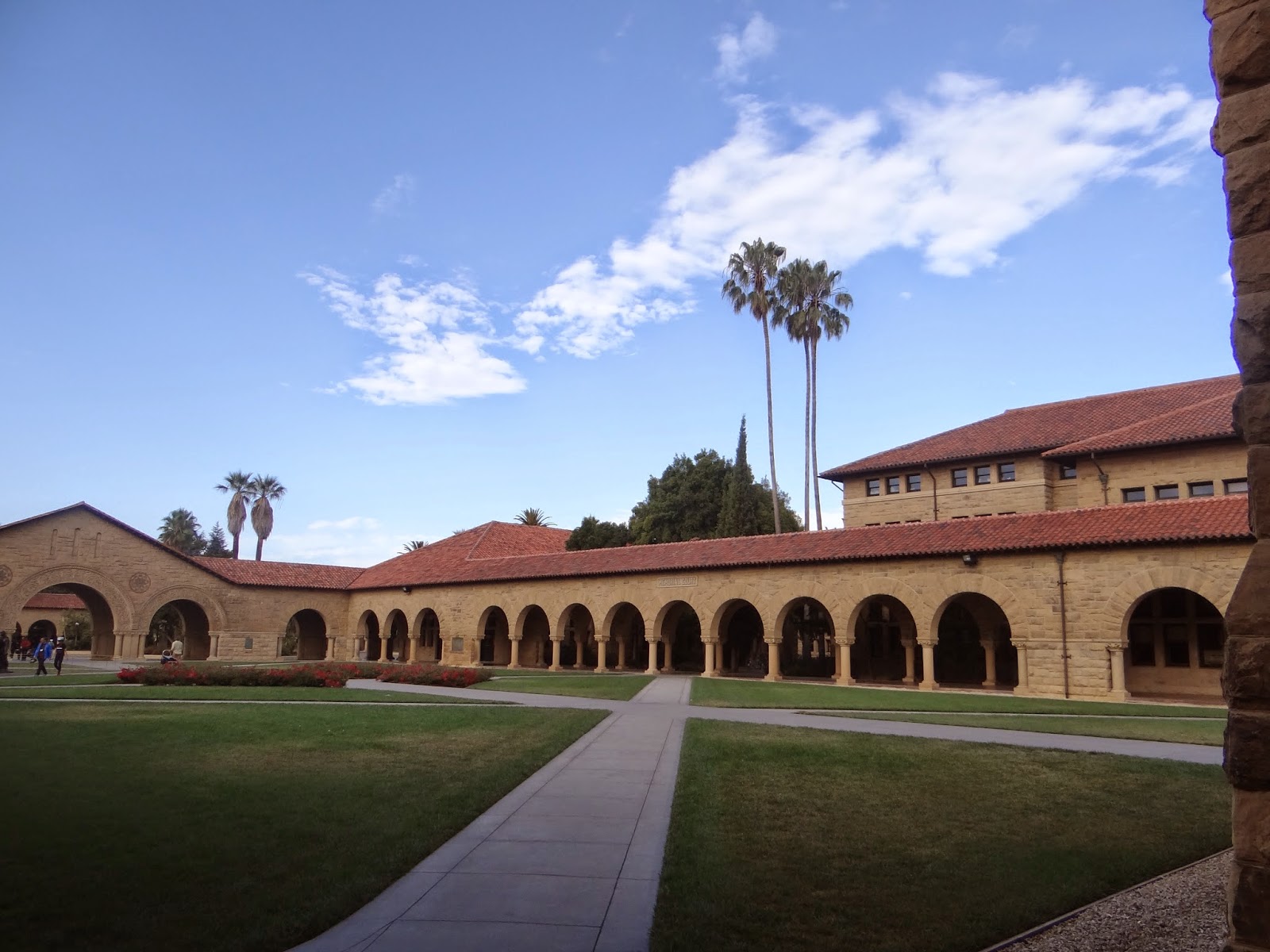 This beautiful church is the main event, the first structure seen as you enter into the main courtyard. 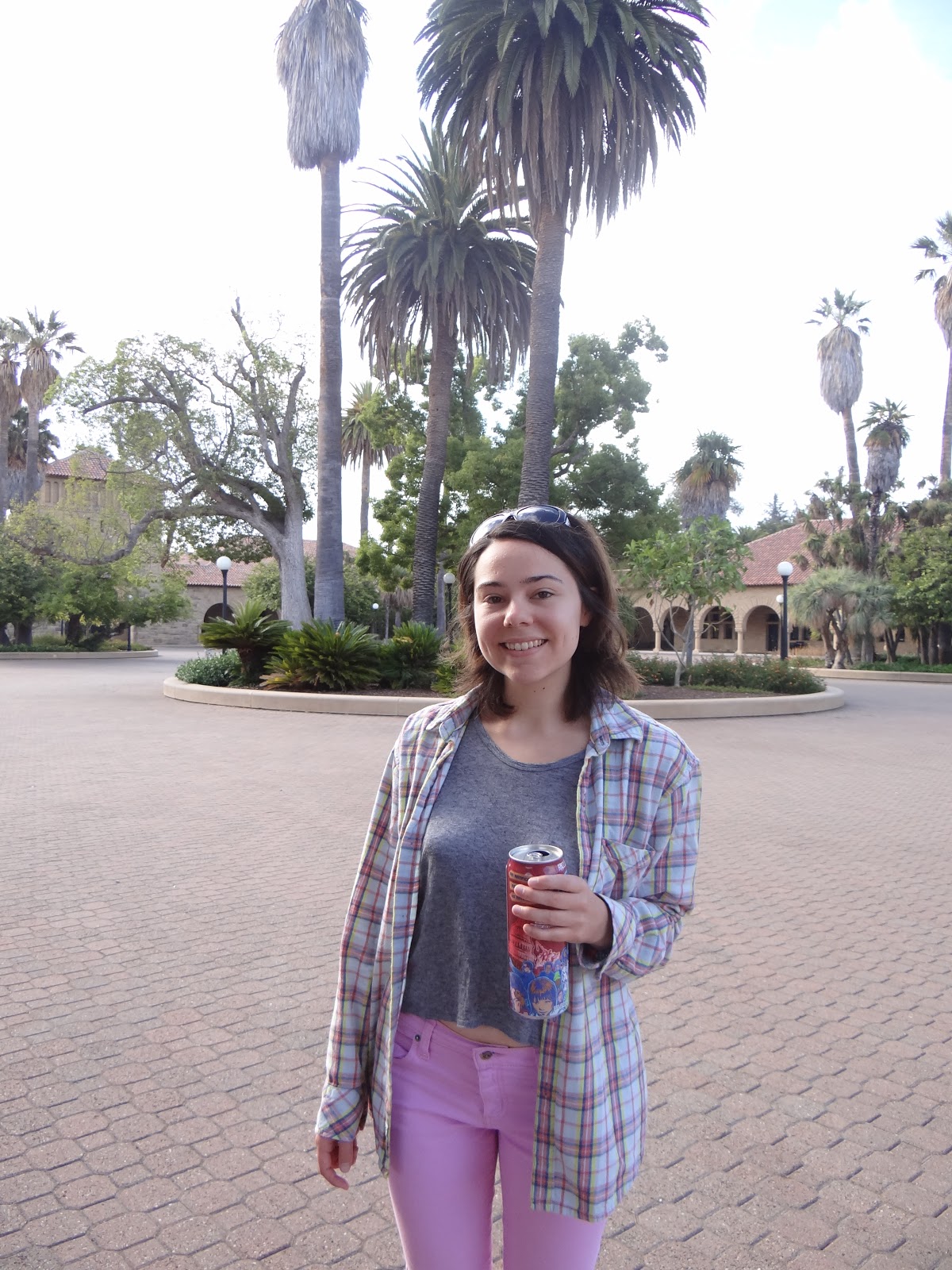 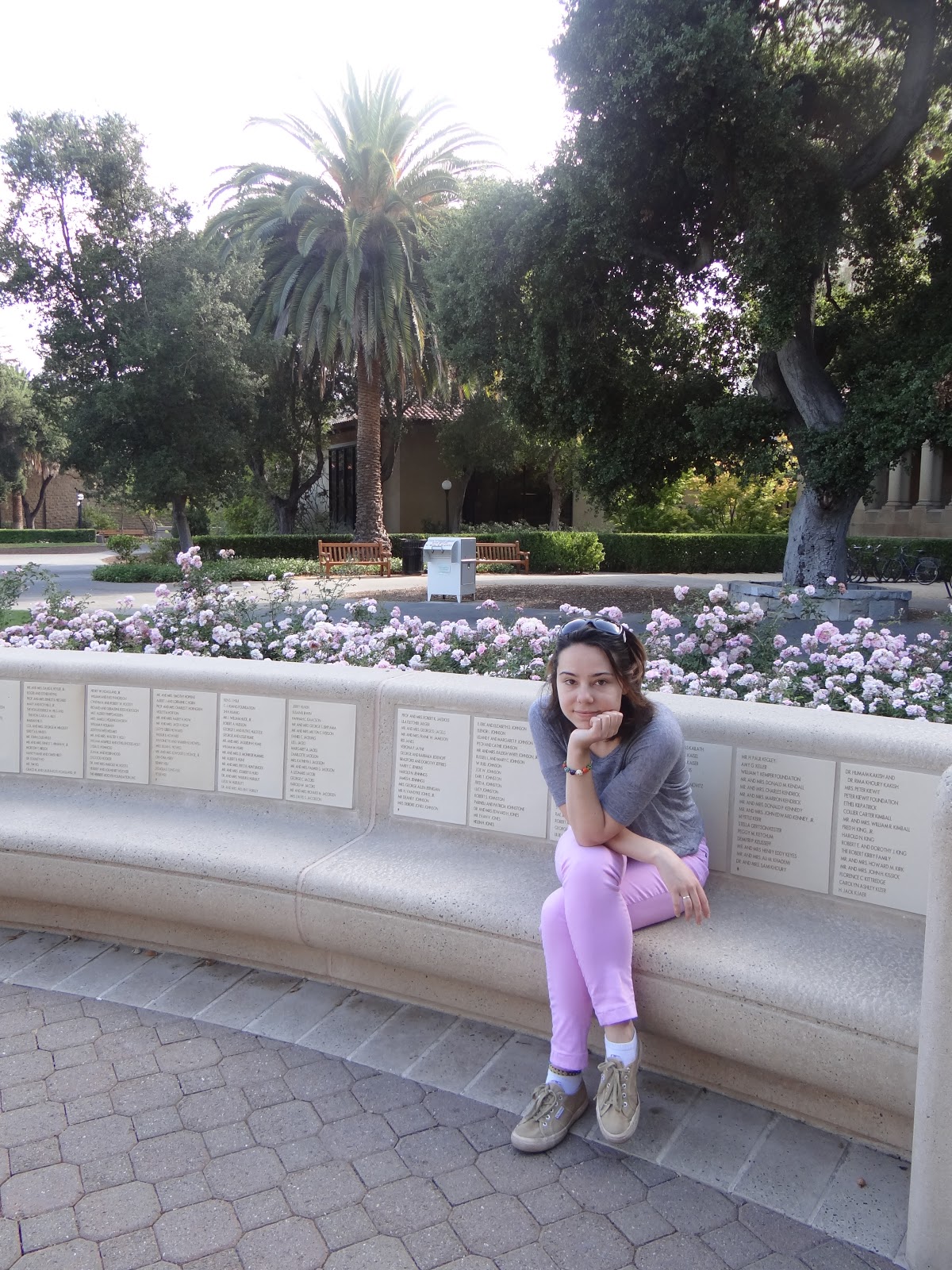 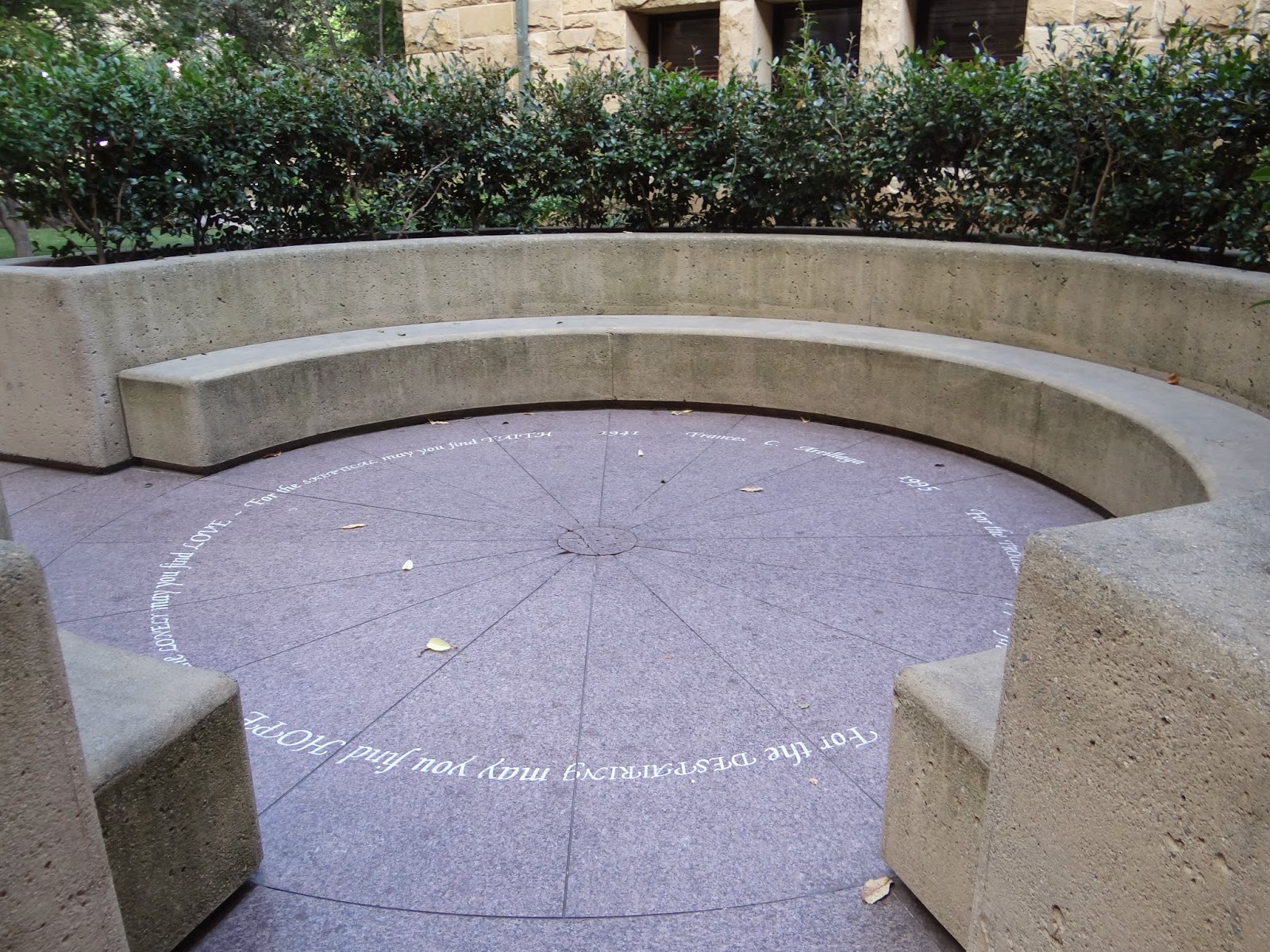 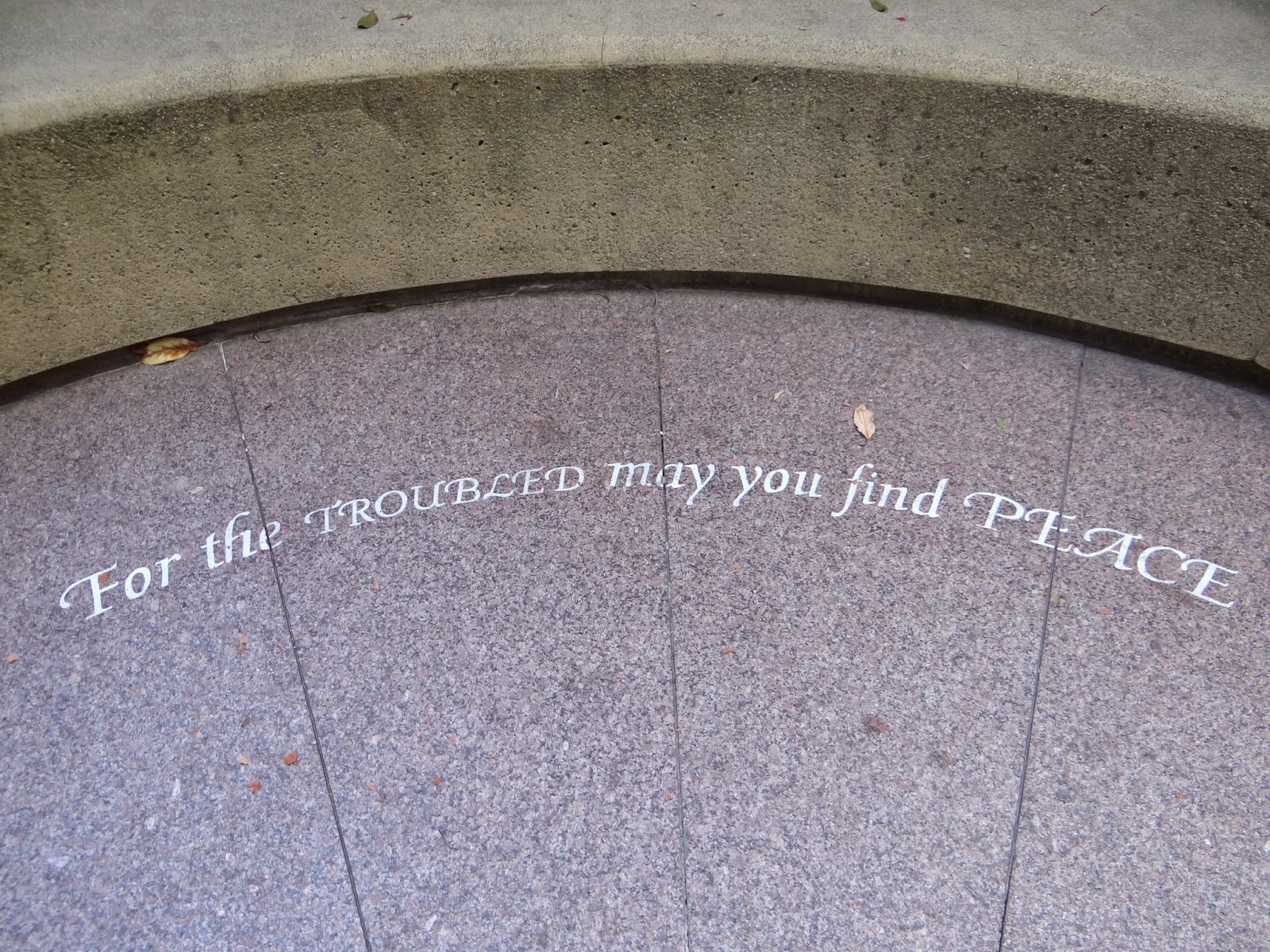 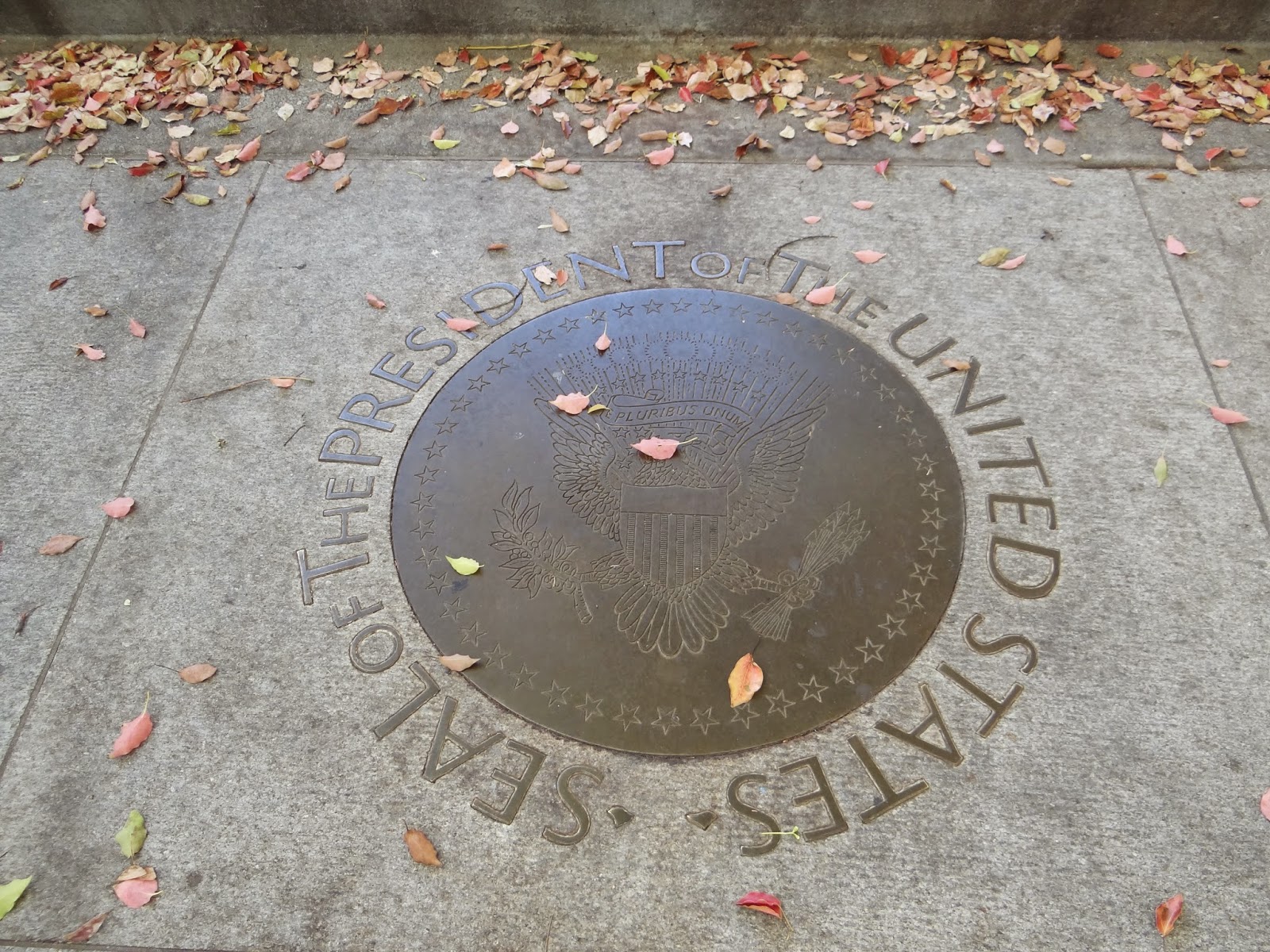 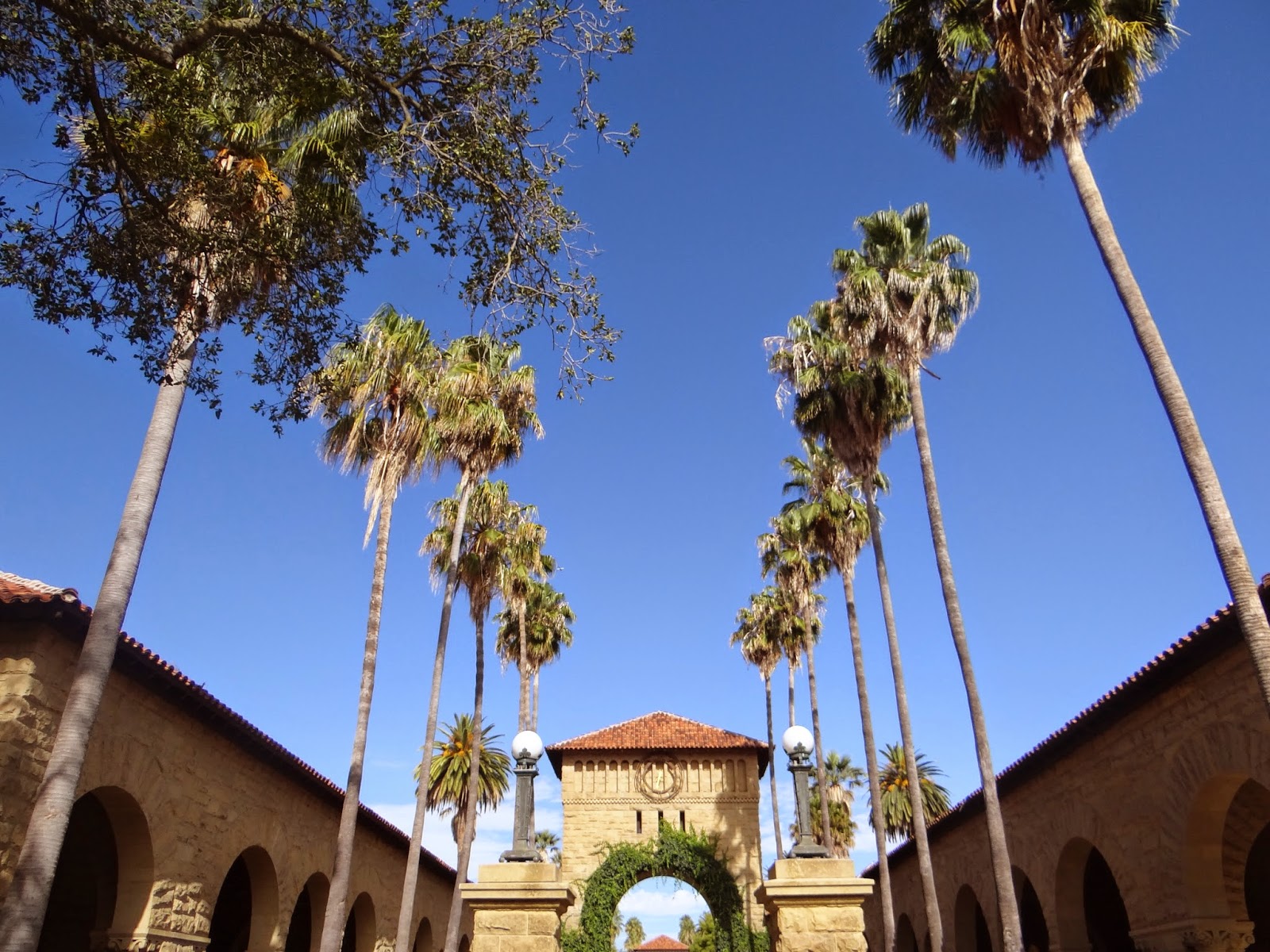 I love the Palm Drive up to the university. 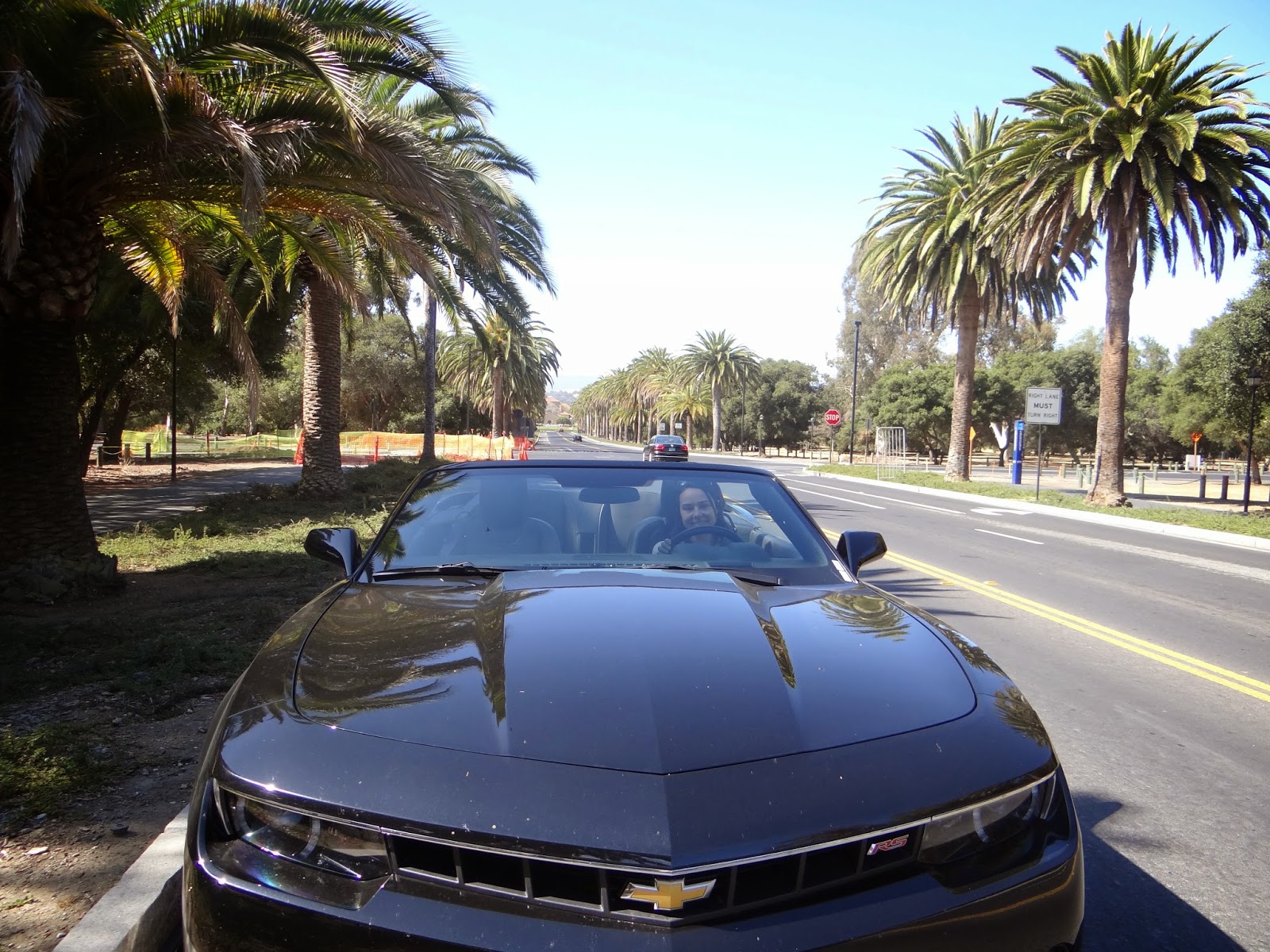 After visiting Stanford we spent several hours at San Francisco’s Exploratorium, a science museum, which I like to refer to the as the “Cousin of the Atomic Bomb” as it was created by Oppenheimer’s brother.

The drinking fountain in the toilet is meant to shed light on the way society creates constructs.  It’s not easy getting beyond the typical concept!

I really wanted to visit the museum and was worried it would be a bit more for children.  However, they’ve done a really wonderful job of making it interesting for all ages. 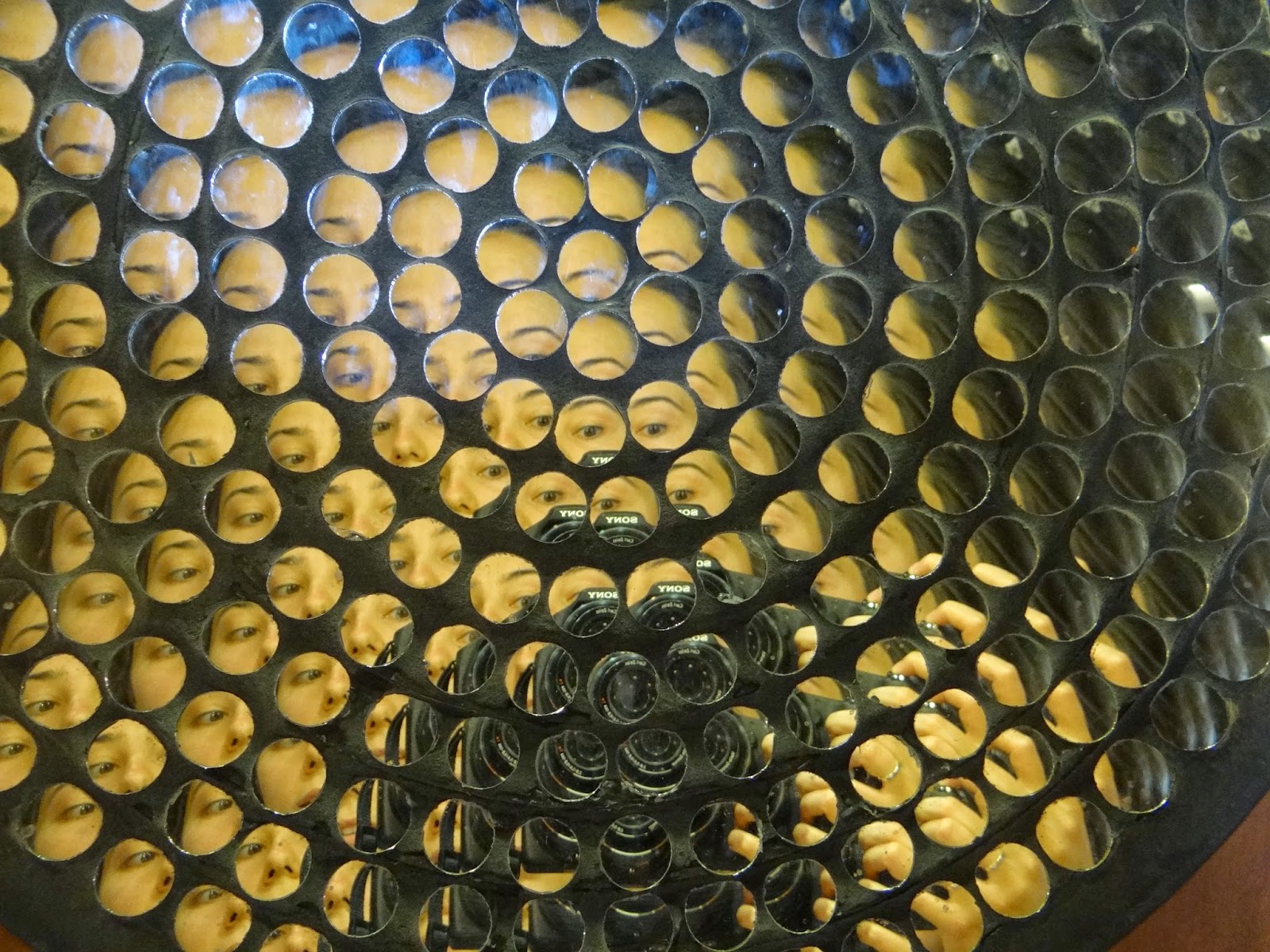 There are several different sections, including biology, physical sciences, social sciences.  My favourite was anything to do with psychology and human biology.  Here are all the DSM’s (Diagnostic & Statistical Manual of Mental Disorders) throughout the history of psychology.  I would love to flip through them to see how the nature of the science has changed over time. 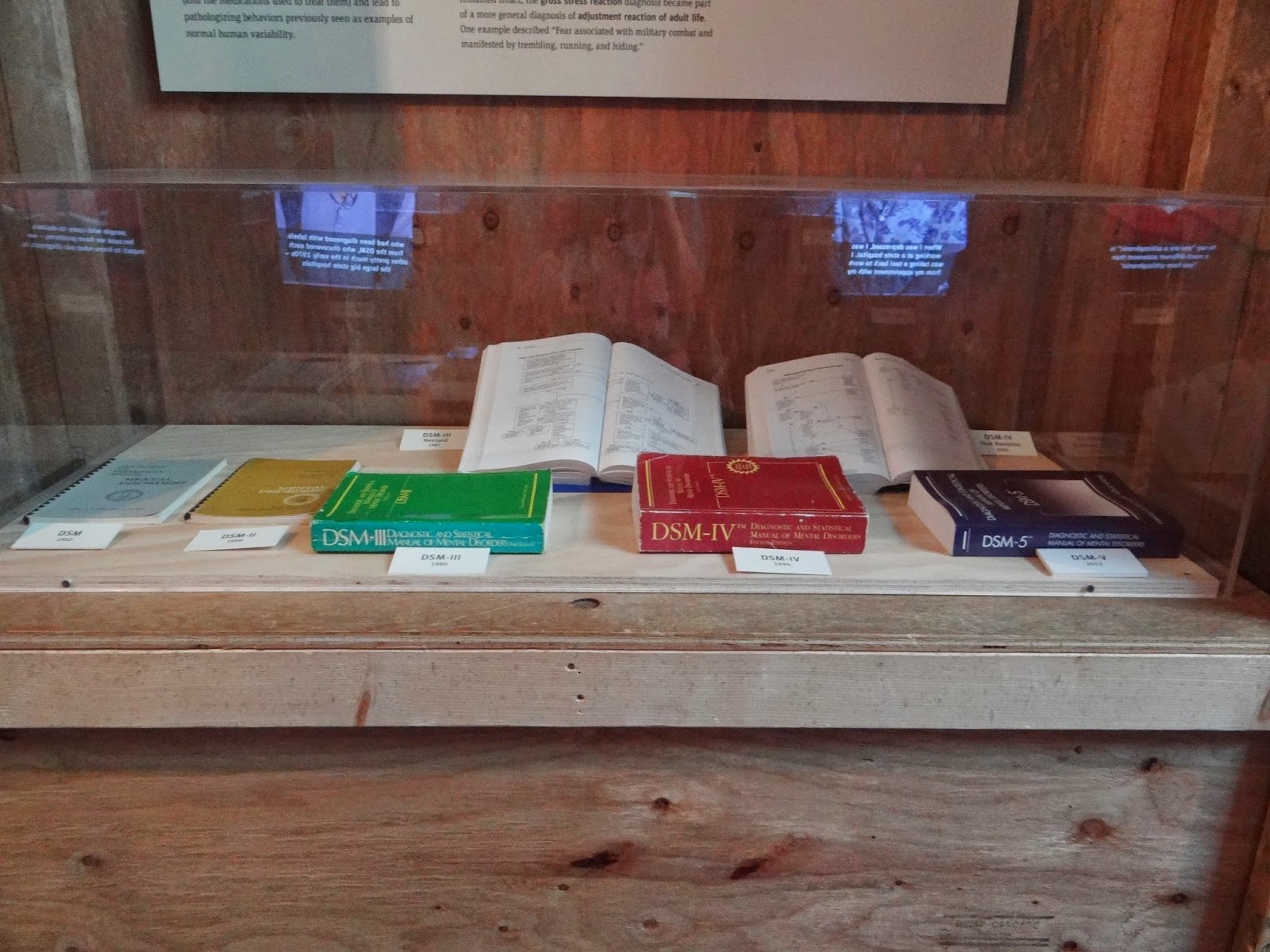 My favourite exhibit was the distorted perception room, which makes one look a giant on the left and miniature on the right…very Alice in Wonderland. 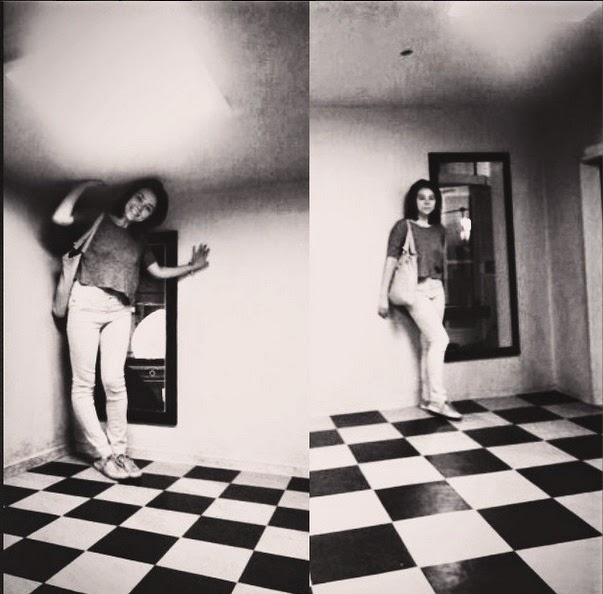 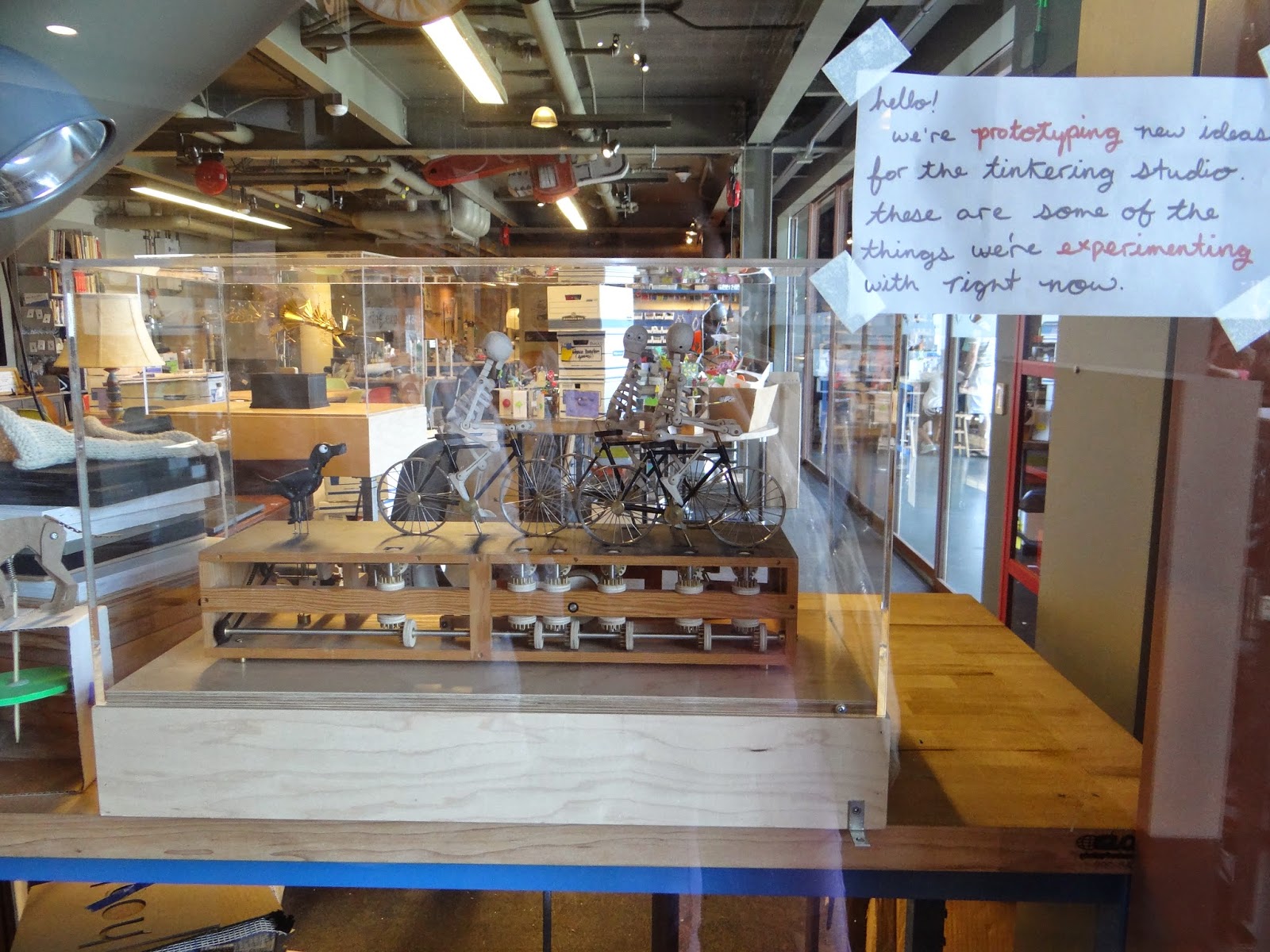 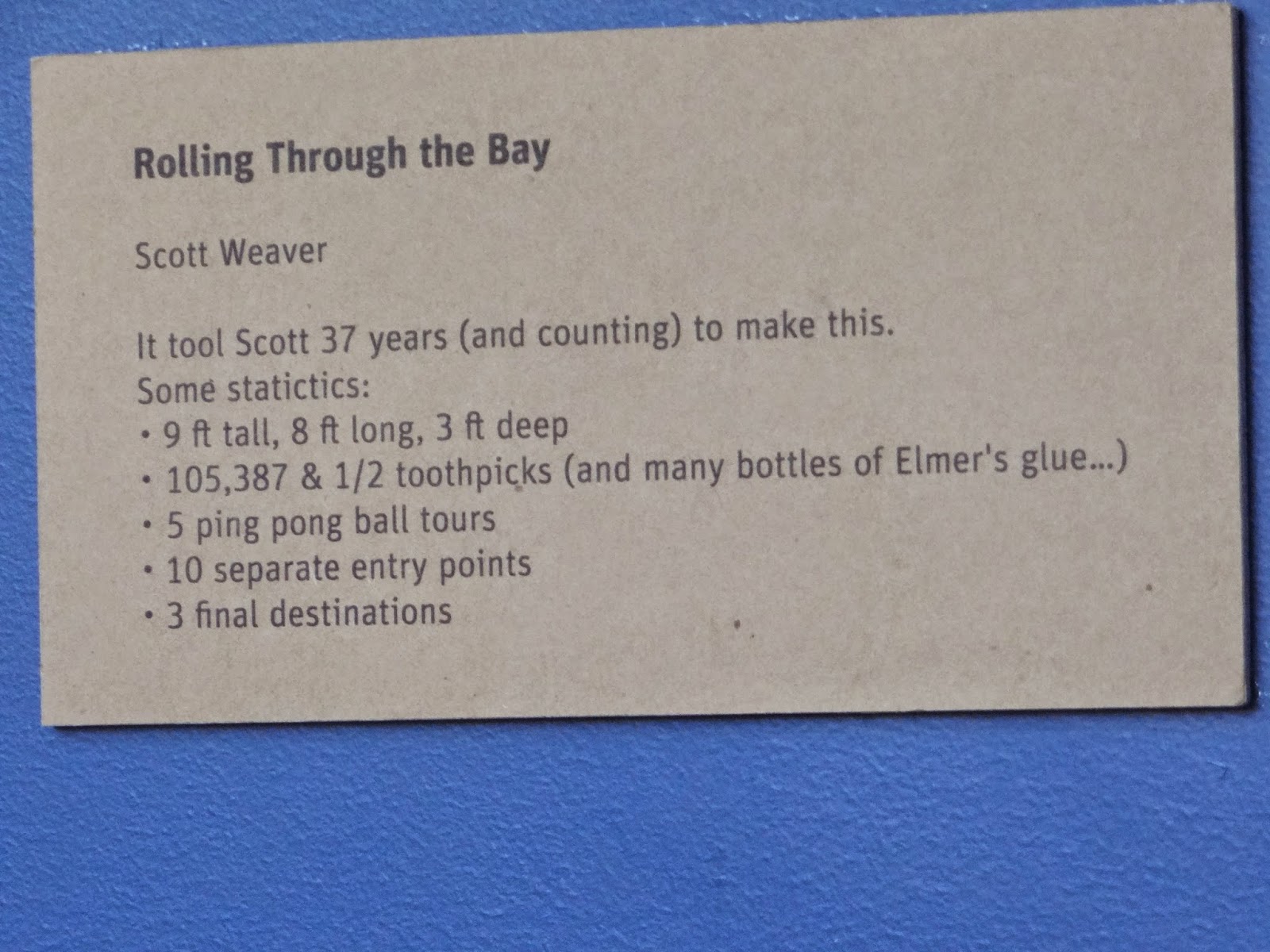 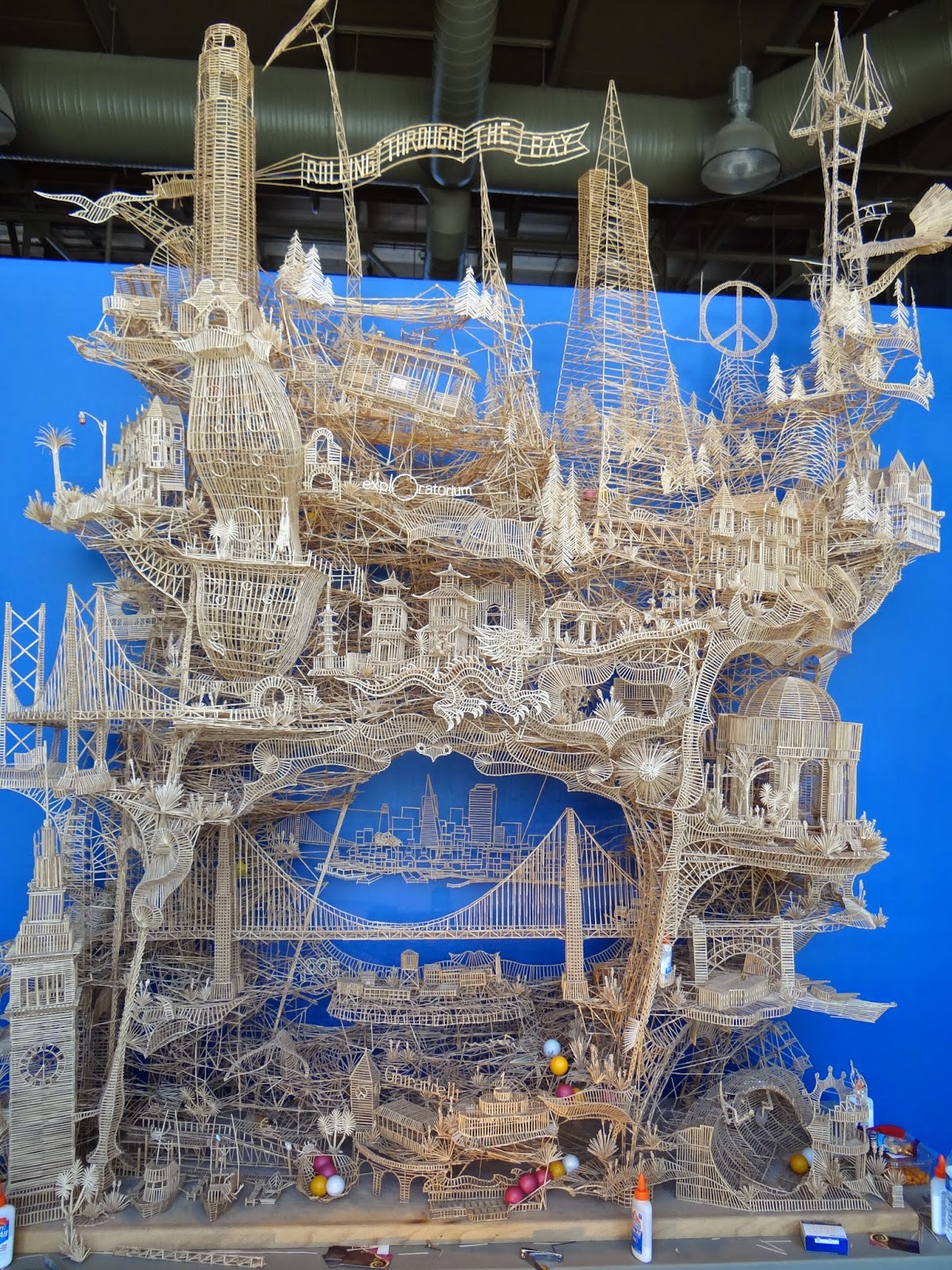 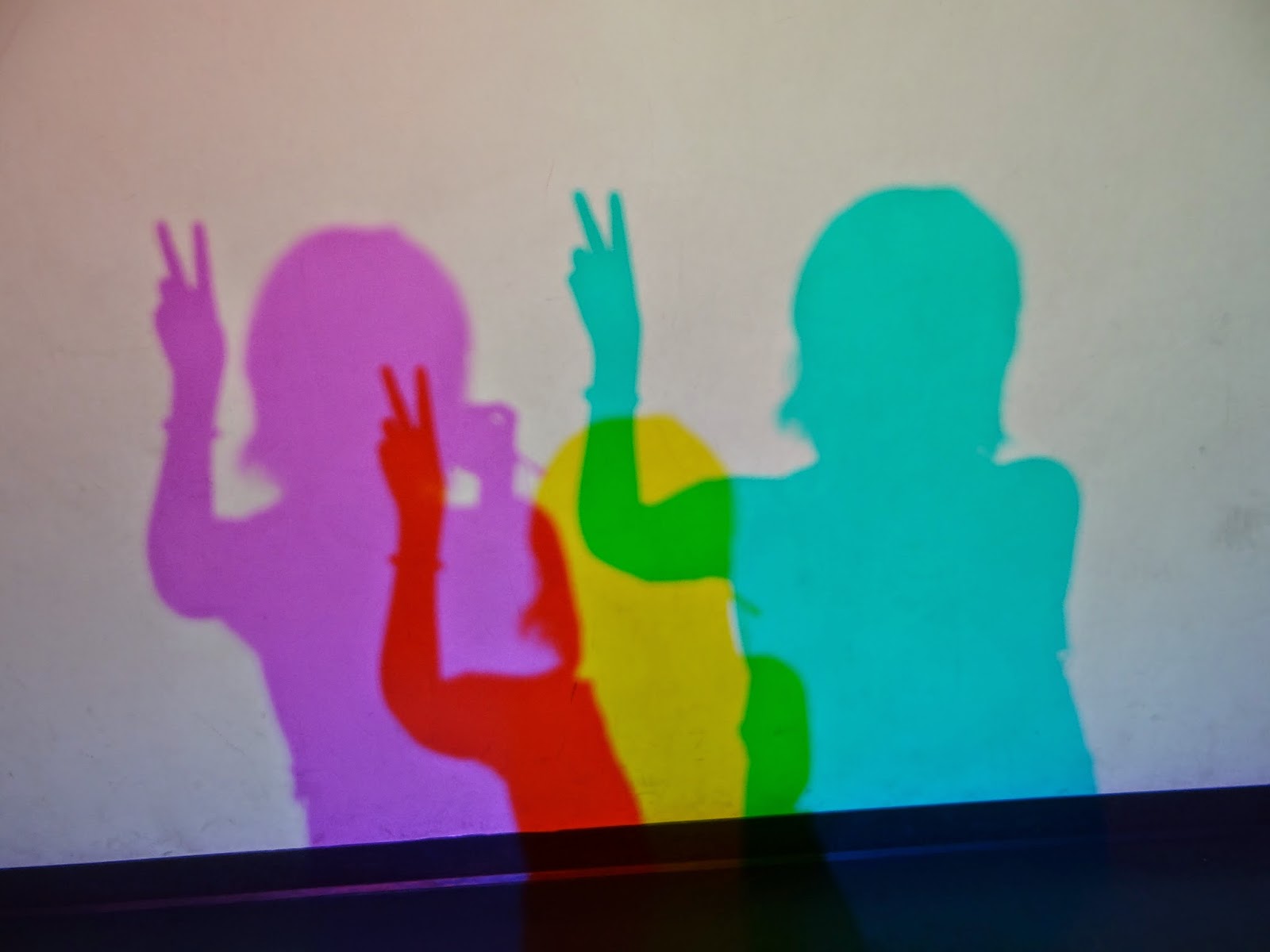 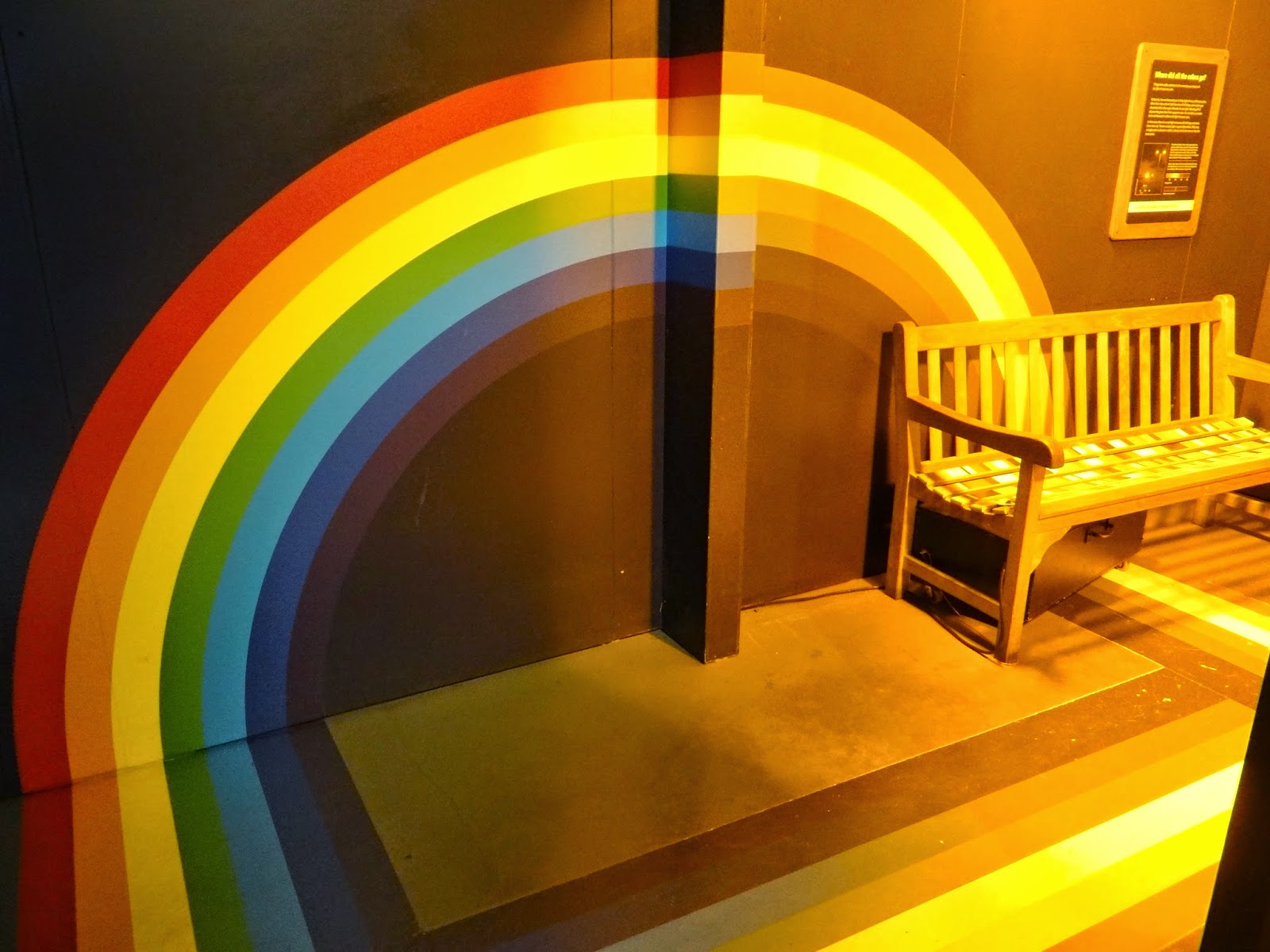 A sundial which can tell not only the time, what time of the year it is as well! 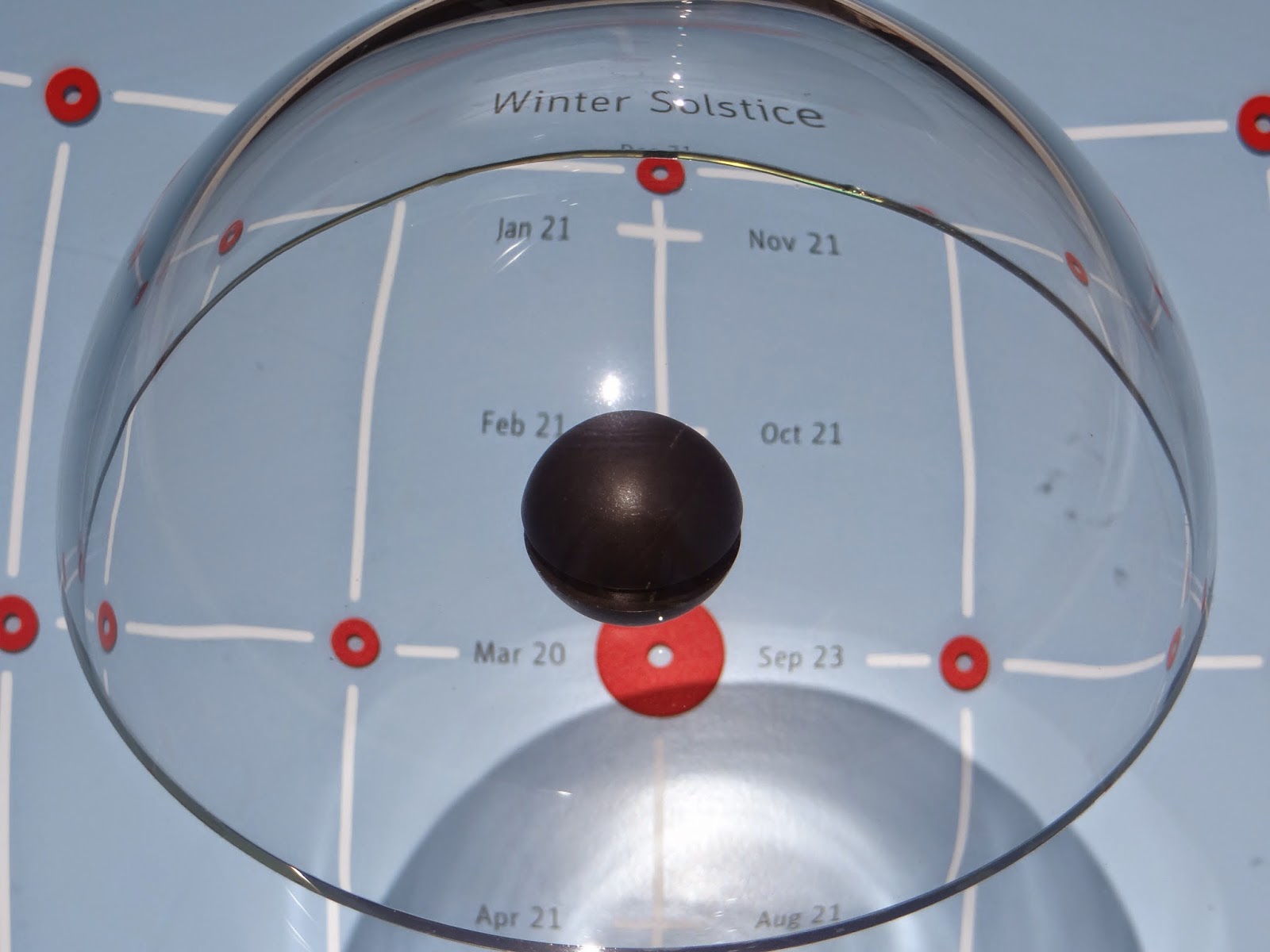 My favourite musical instrument is the theremin.  It’s an electronic instrument which is similar to a harp, only works off radio waves.  Very few can play it well, though when it is played properly has a beautiful unparalleled sound.  It can be heard in the opening themes to Star Trek and Doctor Who.  My father gave me a small one for Christmas last year, but I loved getting to play a full this full sized theremin at the museum. 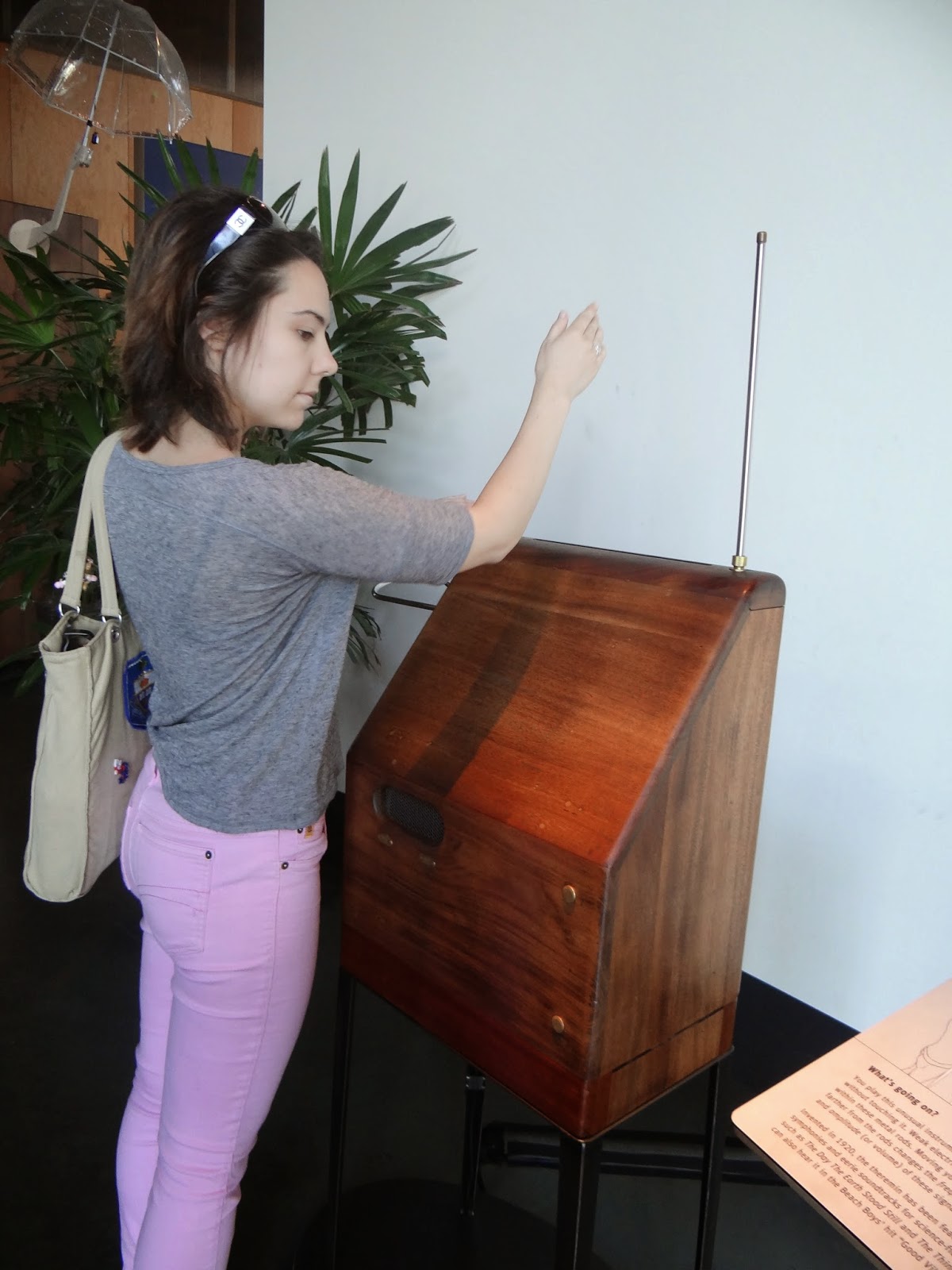 I’m very glad we went to the Exploratorium, there is something there for everyone.  A few tips, first: book your tickets online and print them off, this saved us a fairly long line; second, we went on the weekend and there were so many kids there!  I would have preferred to go on a weekday when it would have been a little less crowded; third: there is an overwhelming amount of exhibits there, what we saw only scratched the surface I’d say expect to spend at least three hours if you want to see the majority of the exhibits, it is really meant to be enjoyed over a full day.

After the Exploratorium we made our way up to Presidio Heights, a very affluent neighbourhood of San Francisco.  One of the most infamous Zodiac murders occurred in the neighbourhood when he shot his taxi driver, Paul Stine.  On the cab sheet it indicates that the Zodiac asked to be taken to the intersection of Washington and Maple. 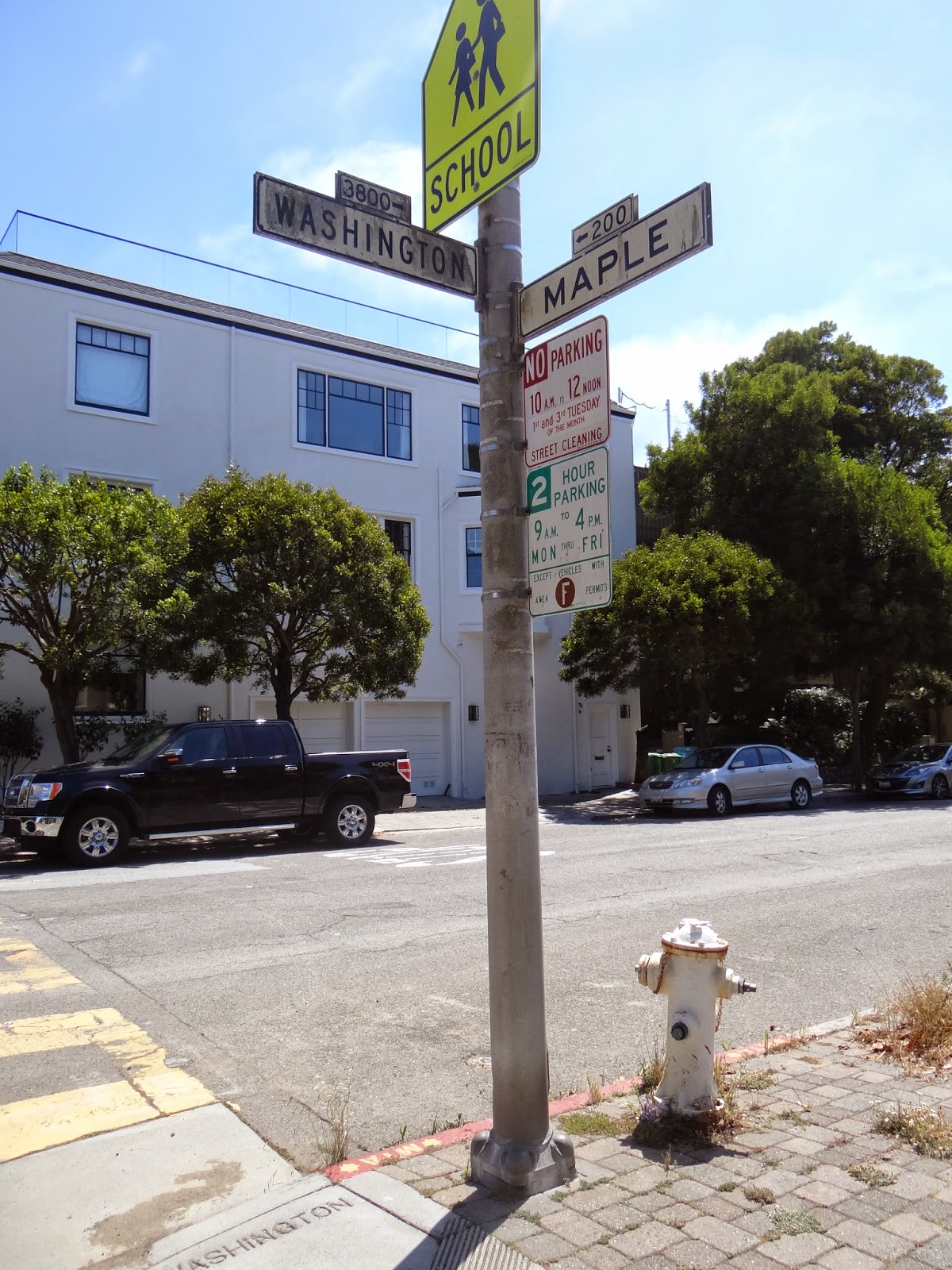 Though the murder occurred one block west at Washington and Cherry.  After committing this murder the Zodiac spent time wiping down the car and there were witnesses to the act in a house on the corner.  It is believed that police officers actually spoke to him, when the call went out incorrectly for a black male, before he disappeared into The Presidio. 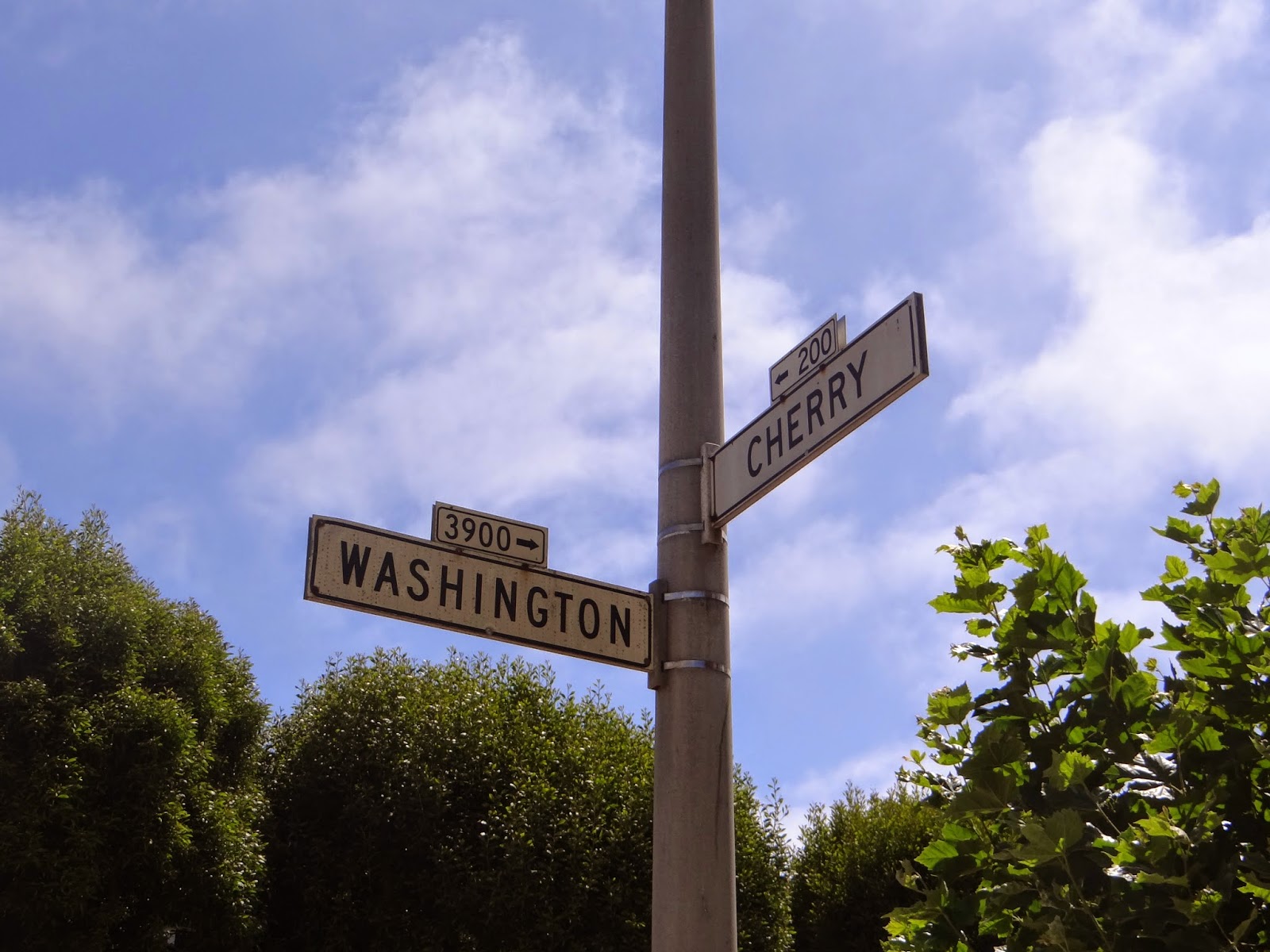 The Presidio is a beautiful park (I’ve heard it referred to as a ‘fairy-tale forest’-so charming!).  The park extends from Presidio Heights out the the Golden Gate Bridge. 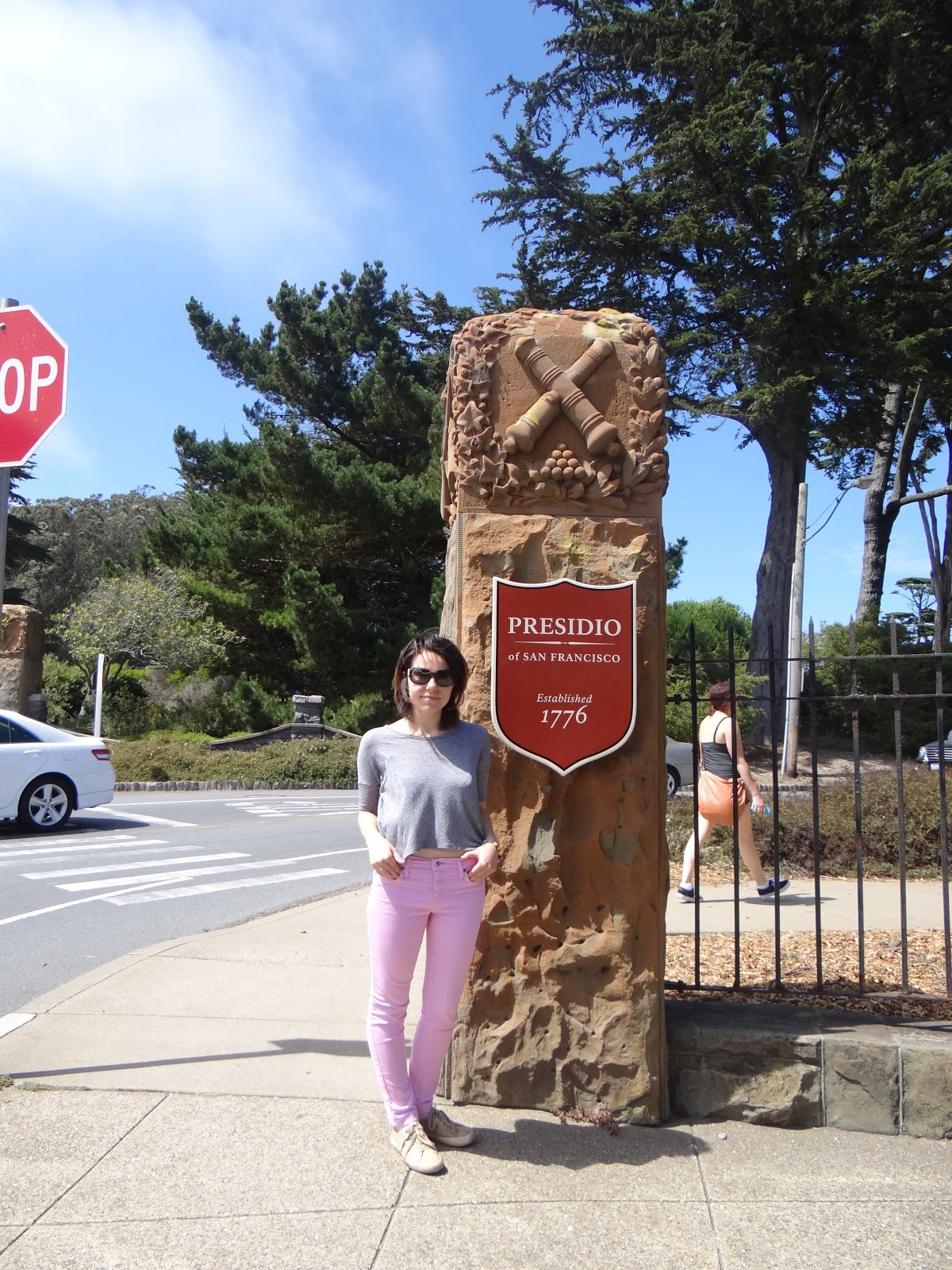 We went back to the more popular side of the bridge to see if we could get some nice shots.  This shot was taken from the car.  Given the time of day and year this spot was completely overrun by tourists.  It took us a good ten minutes just to enter the parking lot, which was a complete mess of people parking and tour buses, so we decided to move on and call it a day. 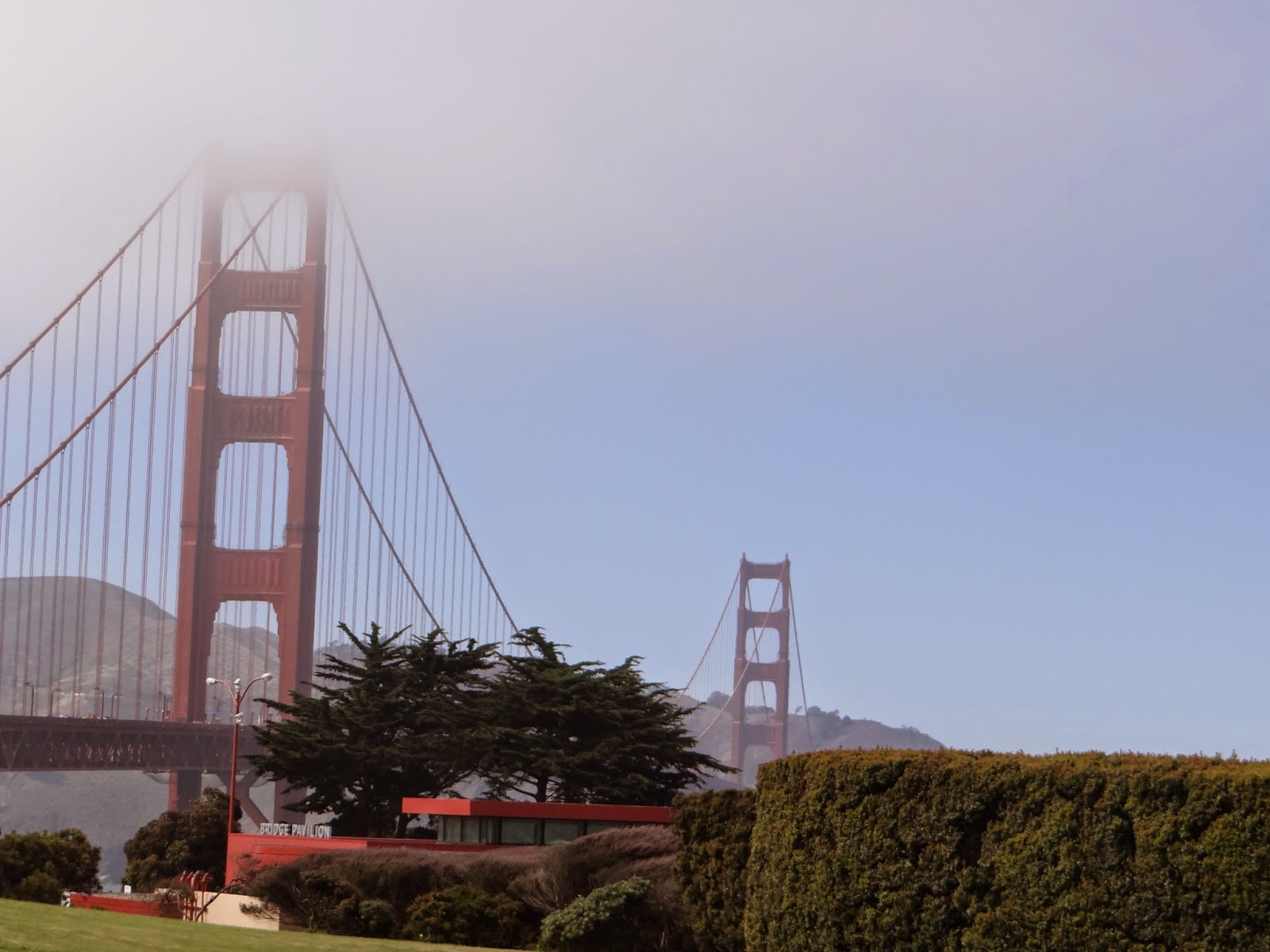