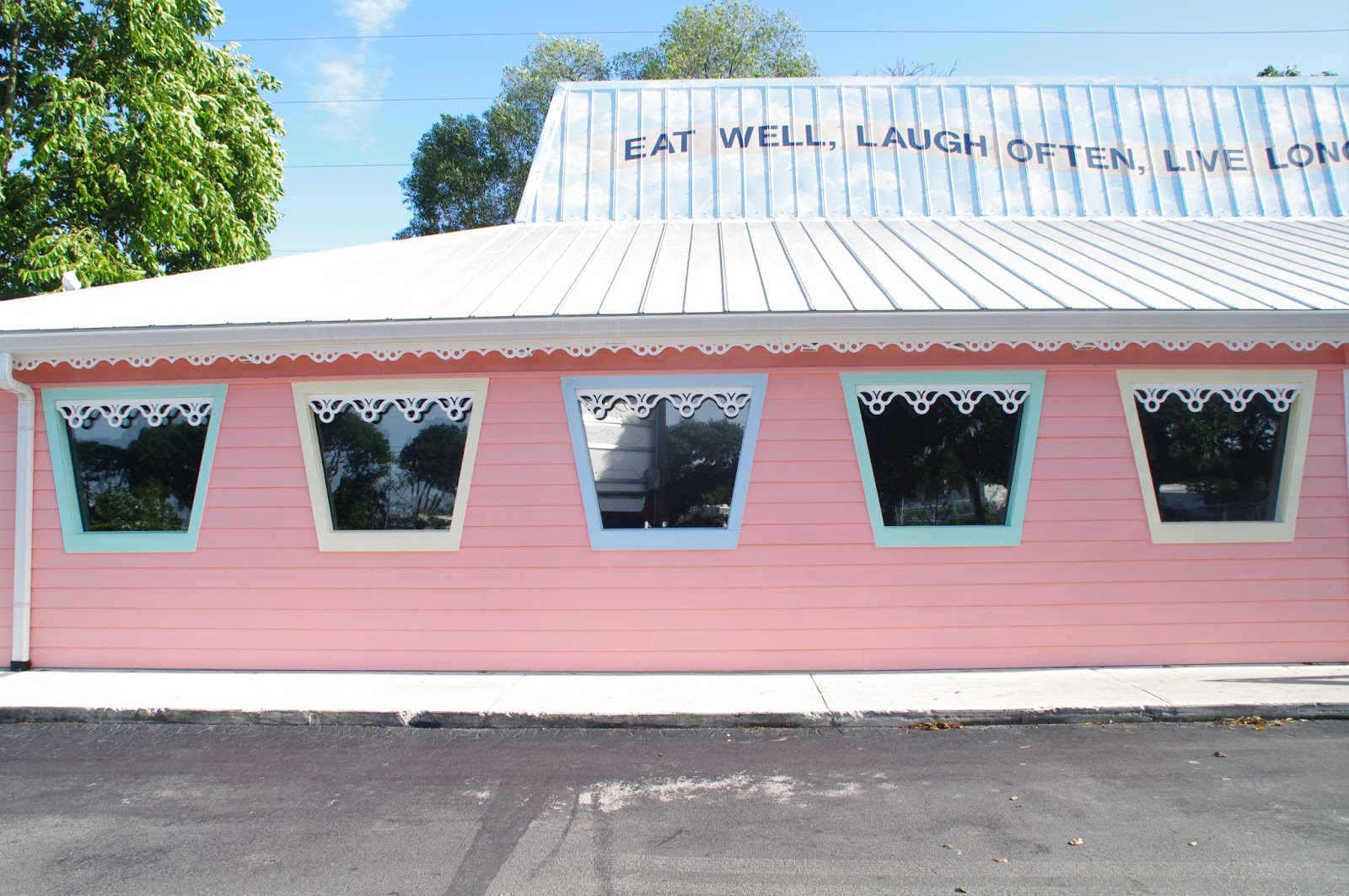 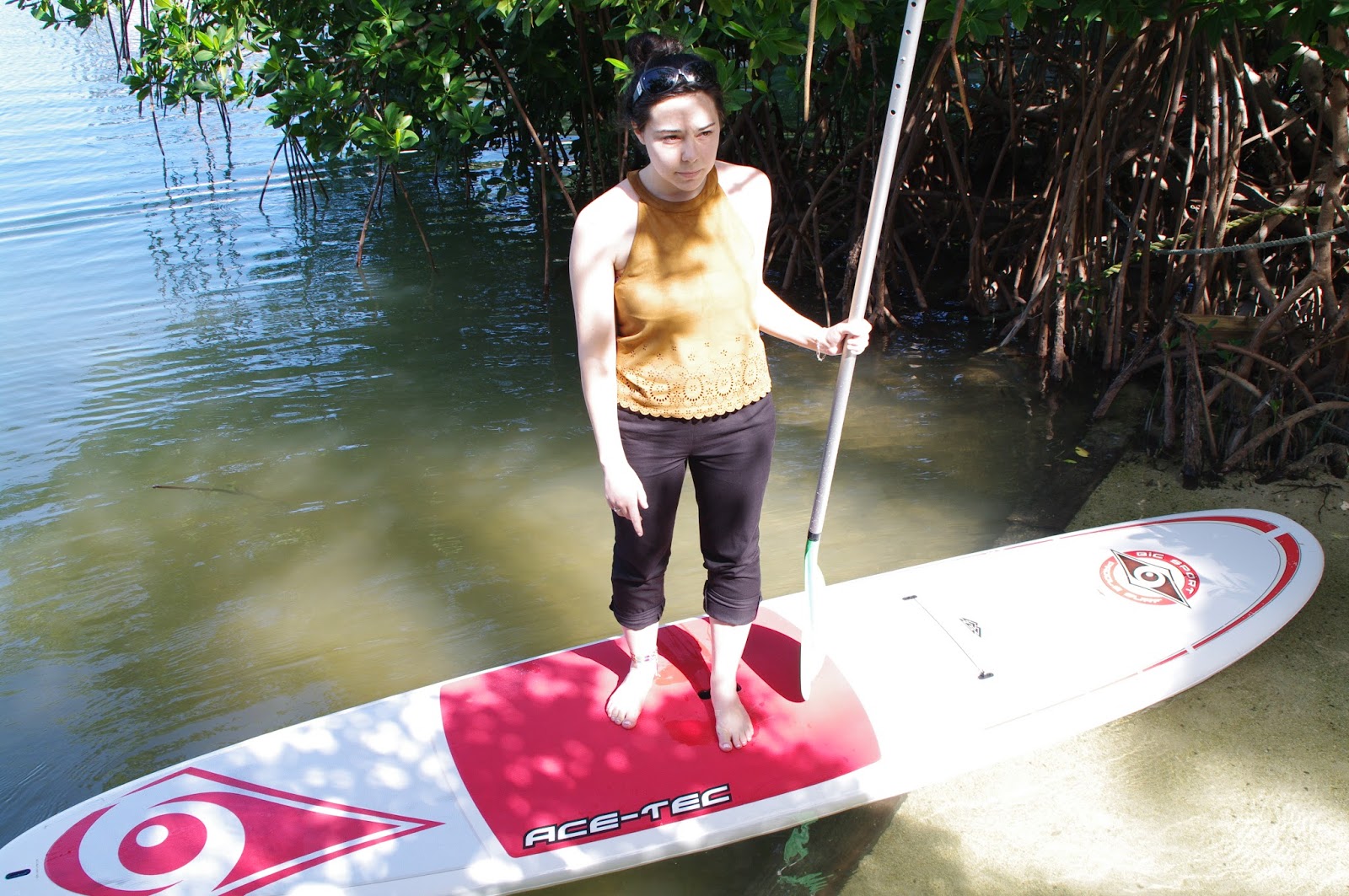 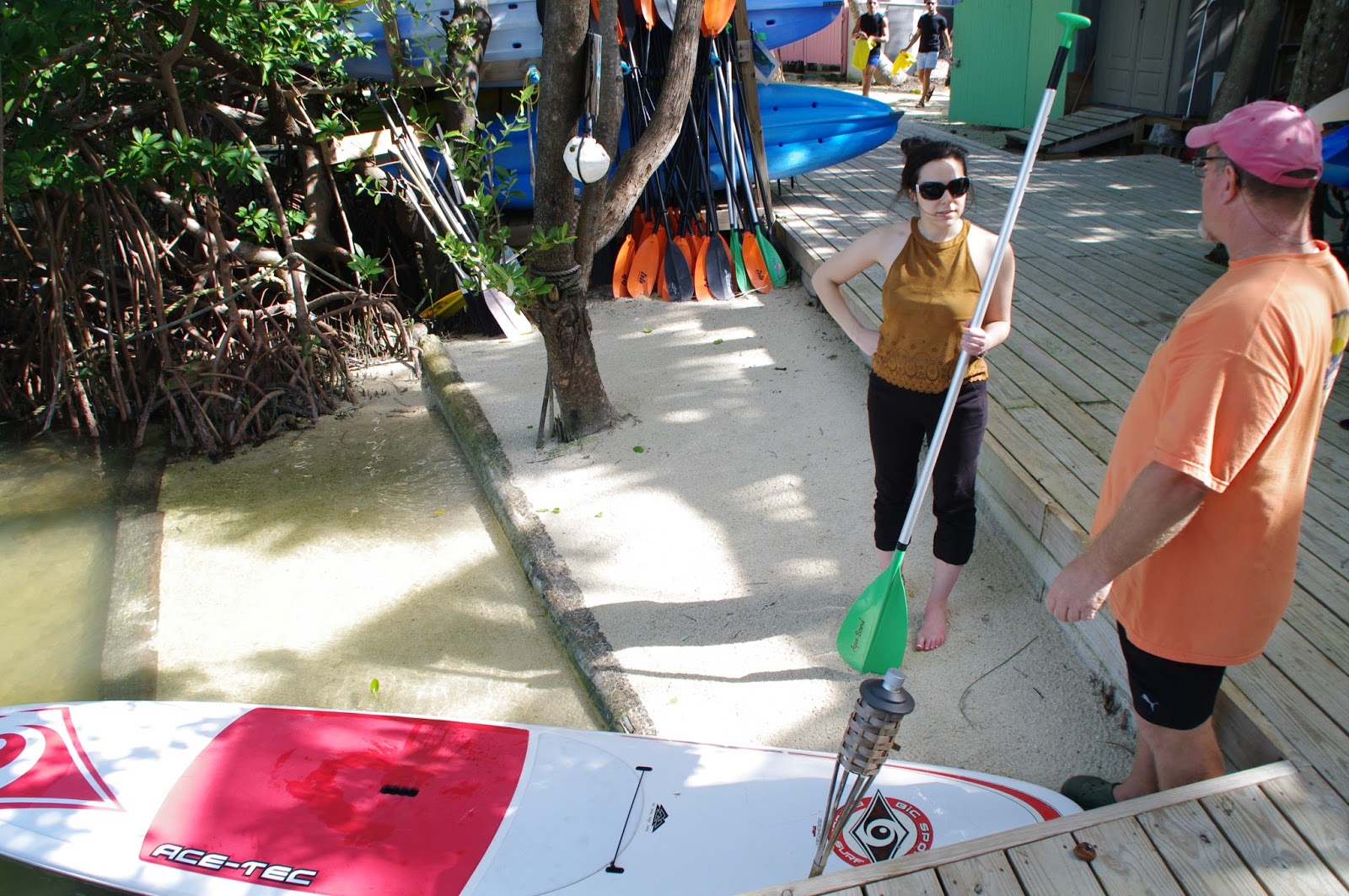 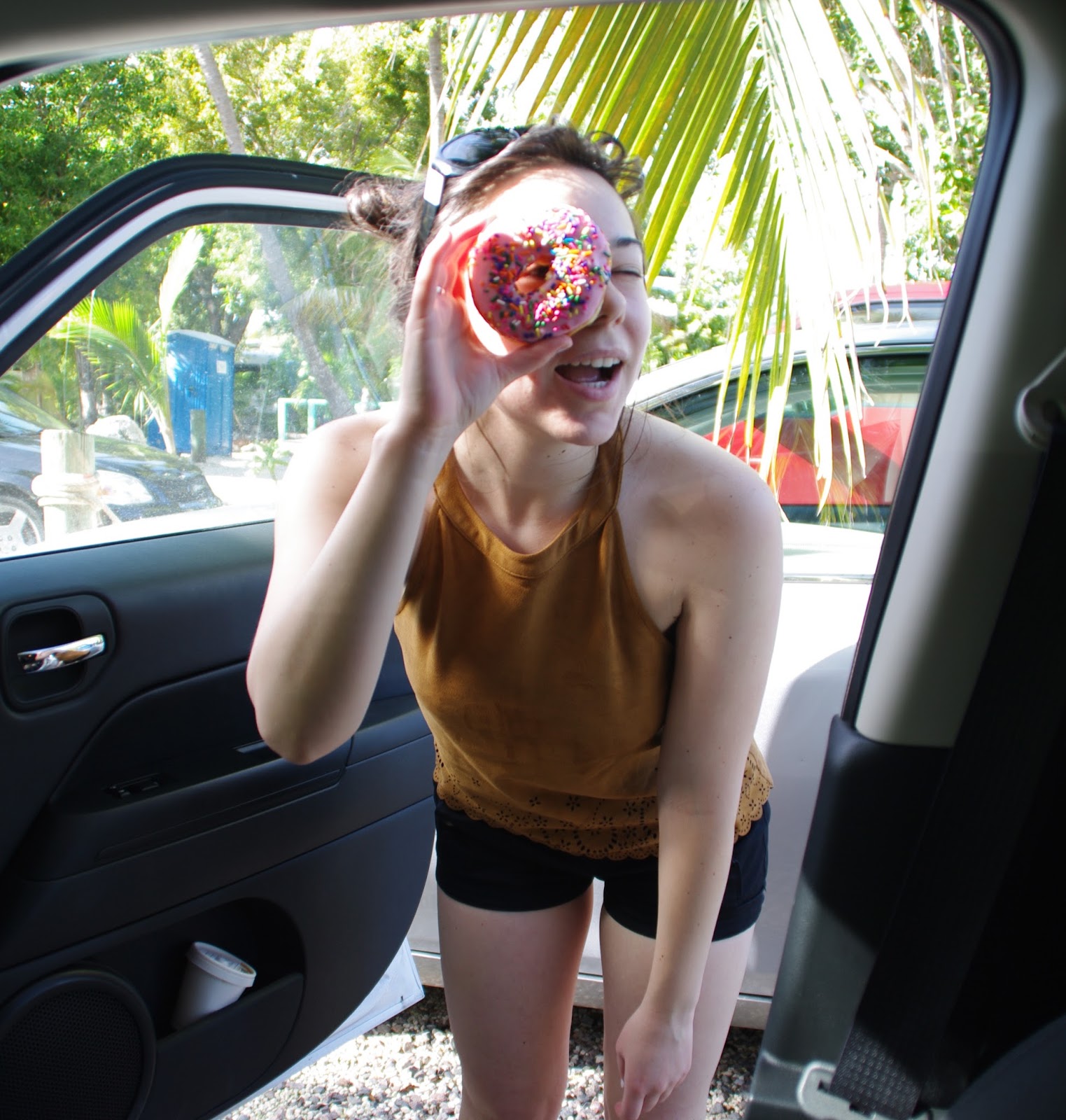 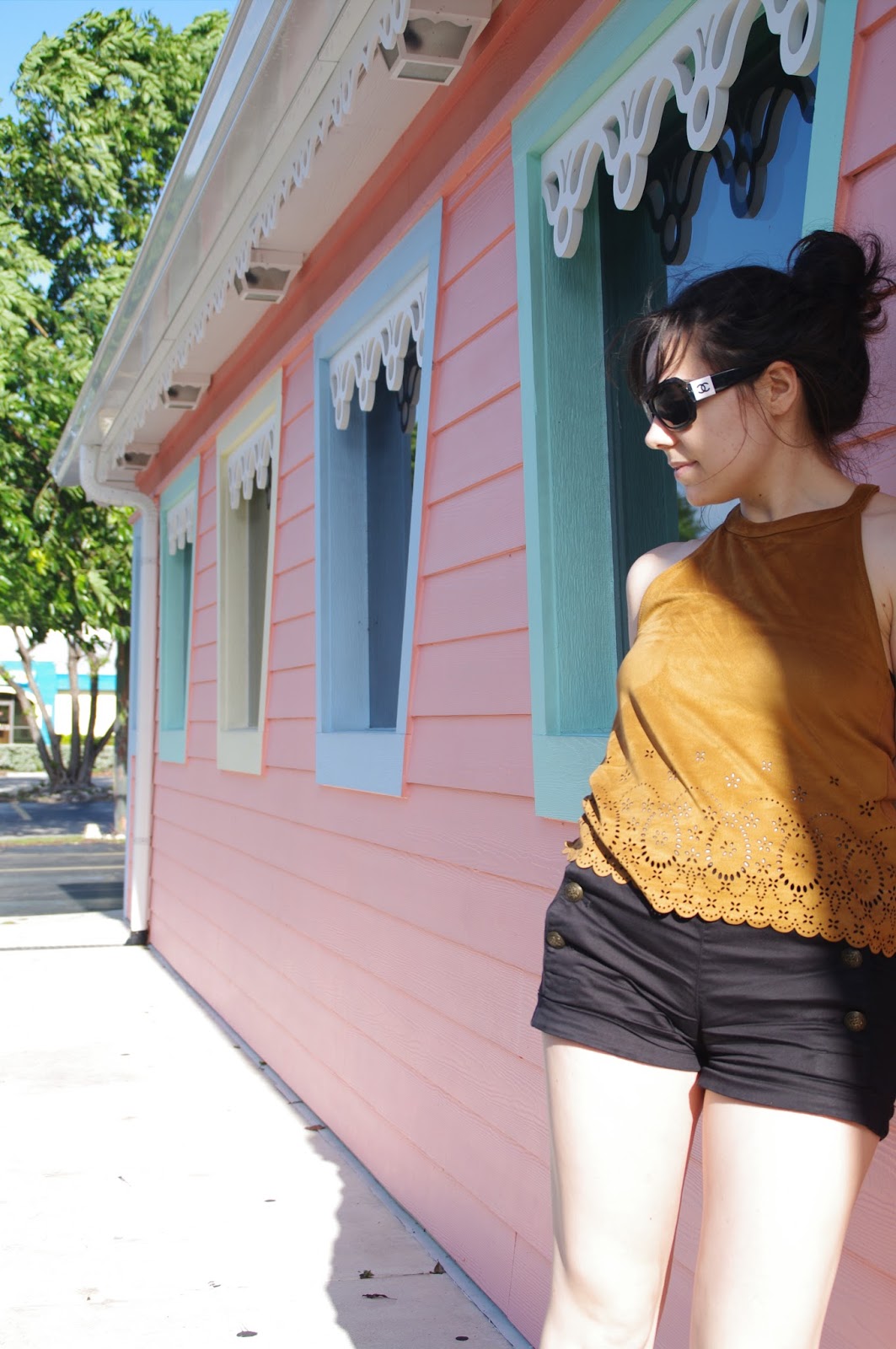 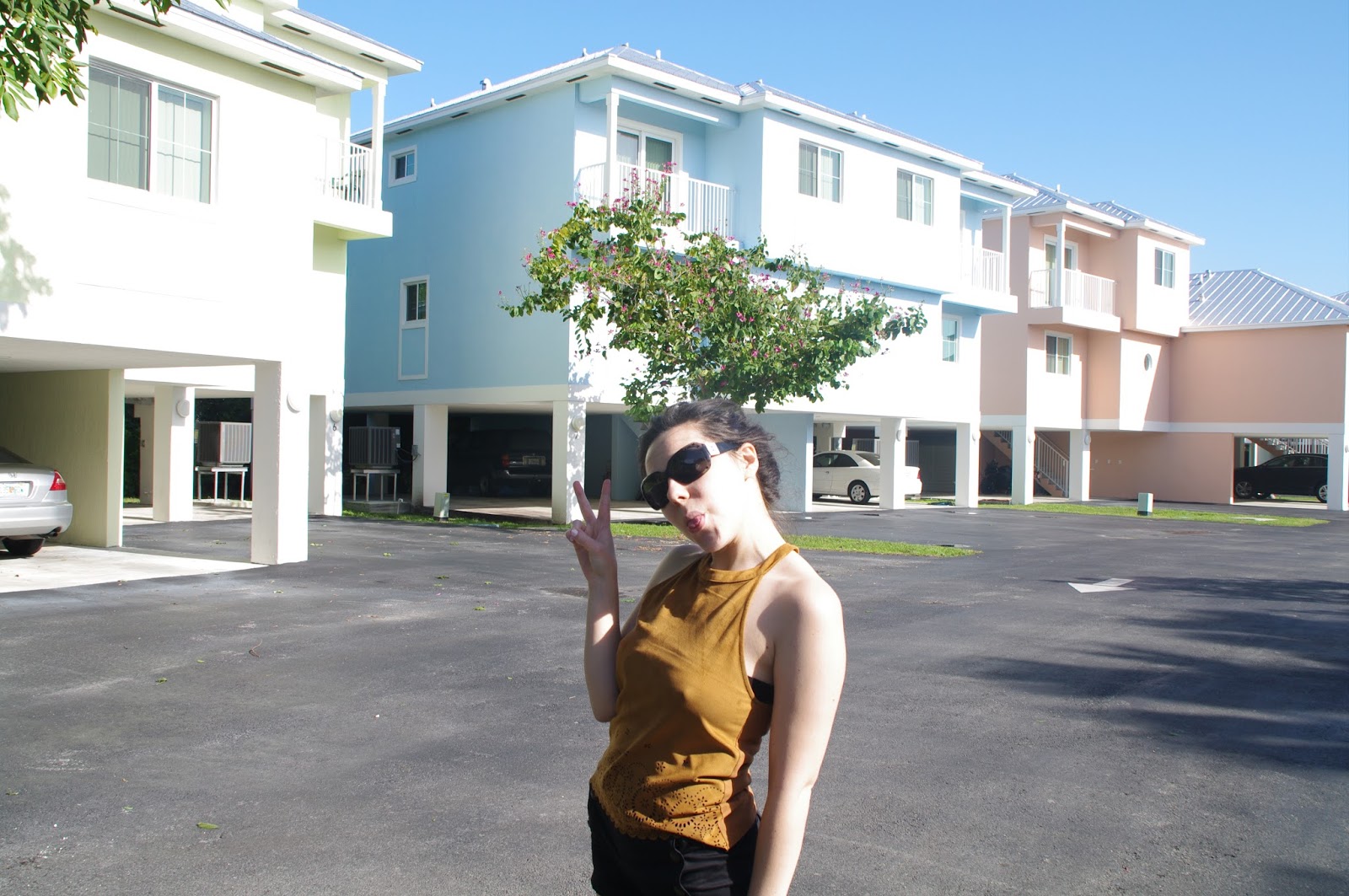 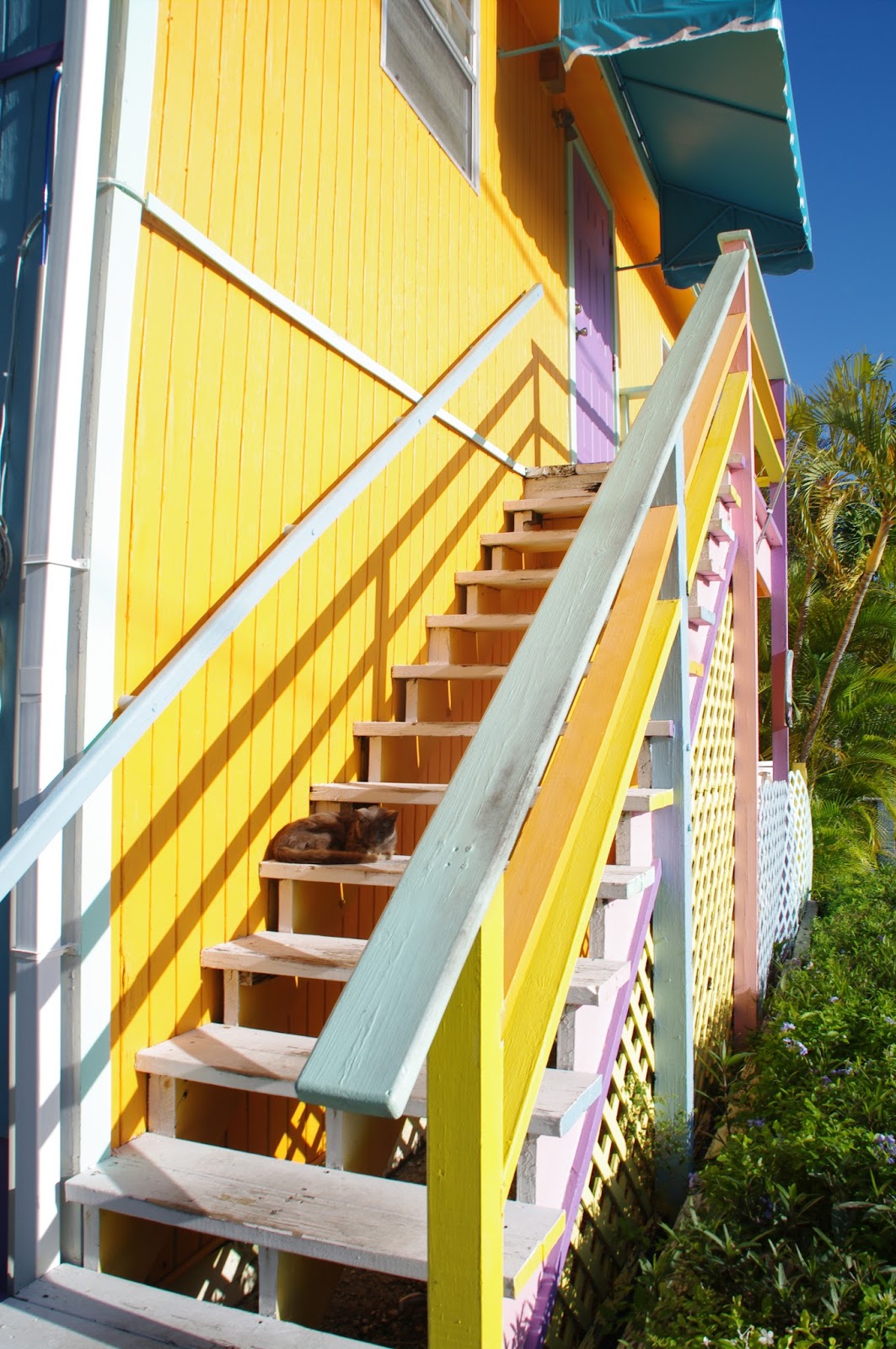 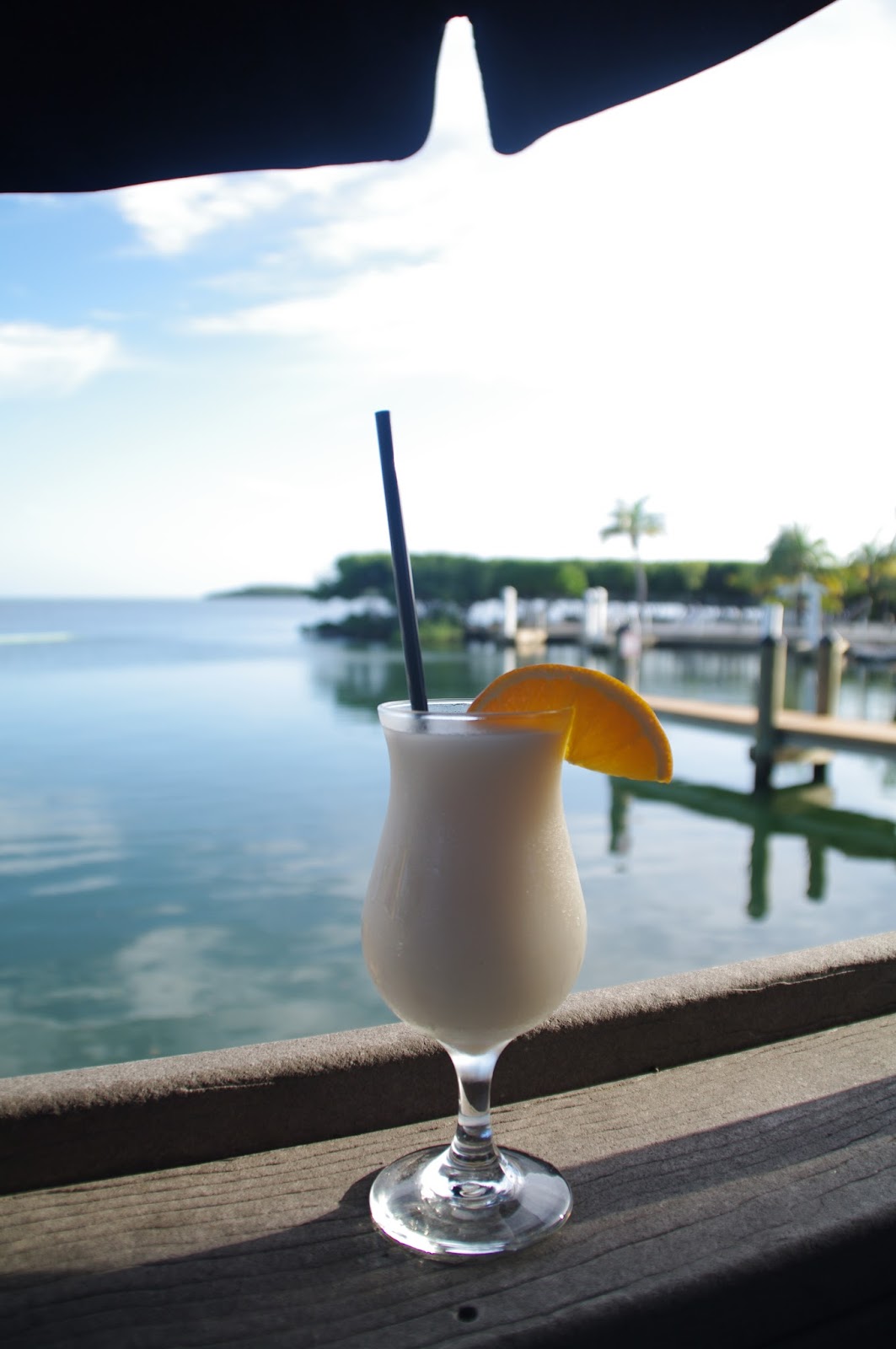 While driving down The Overseas highway in The Keys there’s hardly a stop which doesn’t offer the opportunity for some kind of water sports adventure.  I’ve been on the glass floor boats and snorkelling several times.  Snorkelling is not my favourite of water activities, I somehow always end up with salt water in my mouth, the goggles make my eyes bug-out and I don’t care how many buckets of bleach you dunk the snorkel into, communal mouthpieces are not part of my hygiene routine.
This year while researching outdoor activities in The Keys I came across stand up paddle boarding.  I’ve wanted to try paddle boards for a while now, my uncle has some at his cottage and my yoga studio offers SUP yoga, which I meant to try this summer, but have yet to get around to.  In Islamorada, there’s a little community on the water of sports rentals and artists, where we rented paddle boards and kayaks from, “The Kayak Shack”.  I also picked up a hand-made woven anklet from a vendor, I love collecting handmade jewelry from around the world.

We ended up picking a very windy day and were told we shouldn’t take stand up paddle boards out, but they would rent us kayaks.  I though, had my heart set on a paddle board and eventually convinced a strong Russian man and a teenage boy manning the shack to let me go out on one.  I told them if worst came to worst, I could just use the paddle board as a kick board.  This was met with, “There are no recorded crocodile attacks in North America, but we don’t recommend swimming, as there are crocodiles in these waters”, so you can imagine the bloody murder I screamed when I lost my balance and nearly fell in.  I was told by the Russian that he liked me, because I was stubborn.  I know how to win-over the Eastern European’s.

Honestly, I didn’t actually have a hard time with the wind, though I do appreciate them being cautious with the weather conditions.  We were given a map to follow of a water trail, which took less than an hour.  The most beautiful part is definitely paddling through the mangroves, a kind of tree where the roots grown down into the water, giving them a vine-like appearance.  I was gutted to find that the Go Pro I had bought specifically for the excursion hadn’t charged, so unfortunately I don’t have any pictures to show, I will definitely do it again though.  We didn’t see any alligators, or crocodiles, but did come across a large colourful iguana sunning itself on the limb of a tree.

We were driving back into Miami for the night and stopped at Snapper’s for dinner.  This is a gorgeous spot on the water with a  beautiful view.  I had a piña colada and shrimp tacos.  We also had conch fritters to start, which I’ve seen many times in The Keys, but this was my first time trying them.  The food was delicious, and the view lovely, I will definitely be back!