I took advantage of the May 24 long weekend in Canada to visit my boyfriend, David in NYC.  I had been to the city twice previously, my last visit was about a year and a half ago and before that I had been in my final year of high school.  This weekend was, I feel a much more intimate visit between myself and the city.  My first visit was packed with sight-seeing, dictated by the school chaperons.  My second visit was very brief, only two days in the city before moving on to the nation’s capitol.  I really enjoyed this trip though, I had time to see the city with David, but also three days of alone time to visit my favourite spots and check out new places as well.  I love having alone time in cities which aren’t my own. 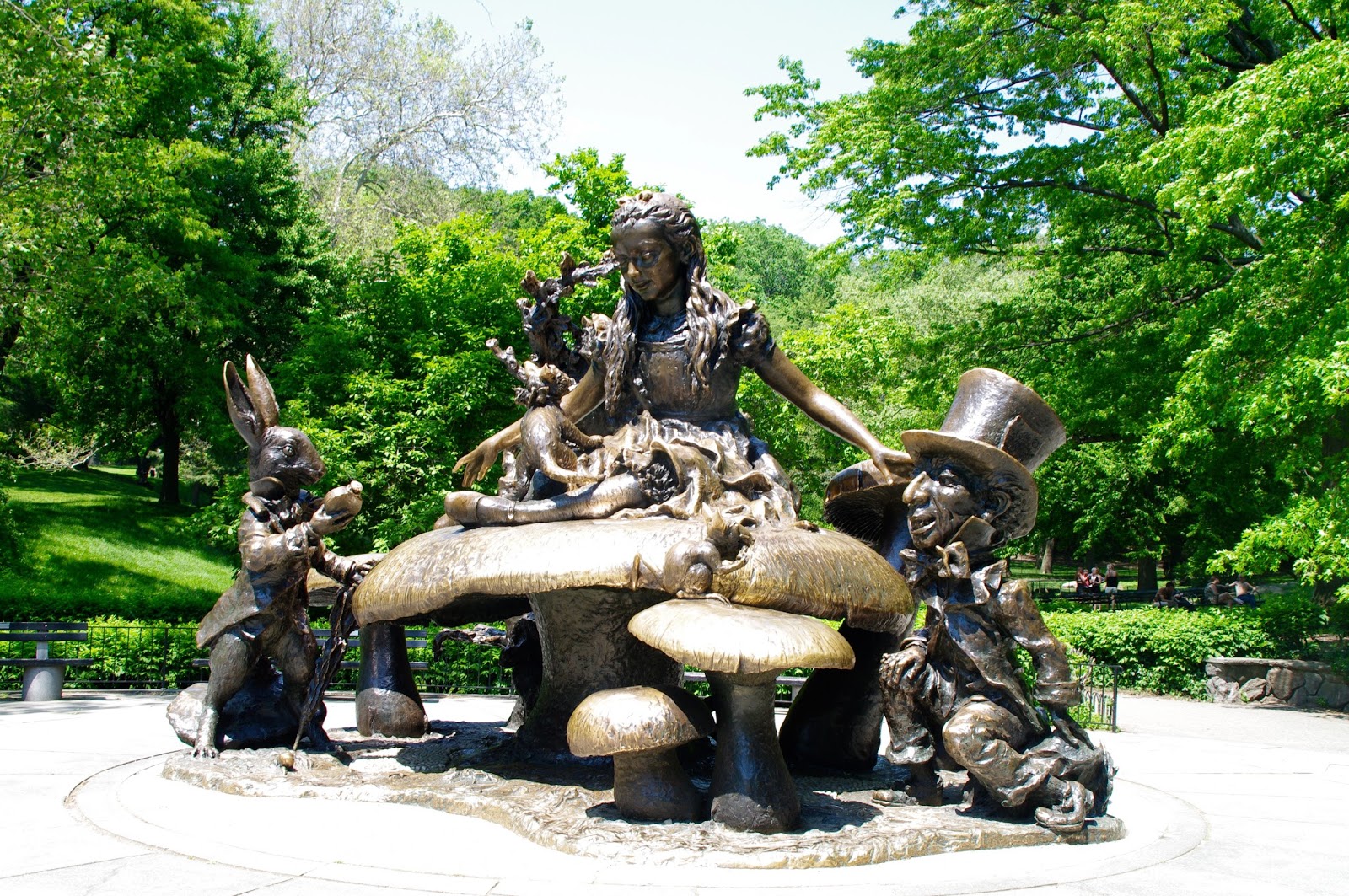 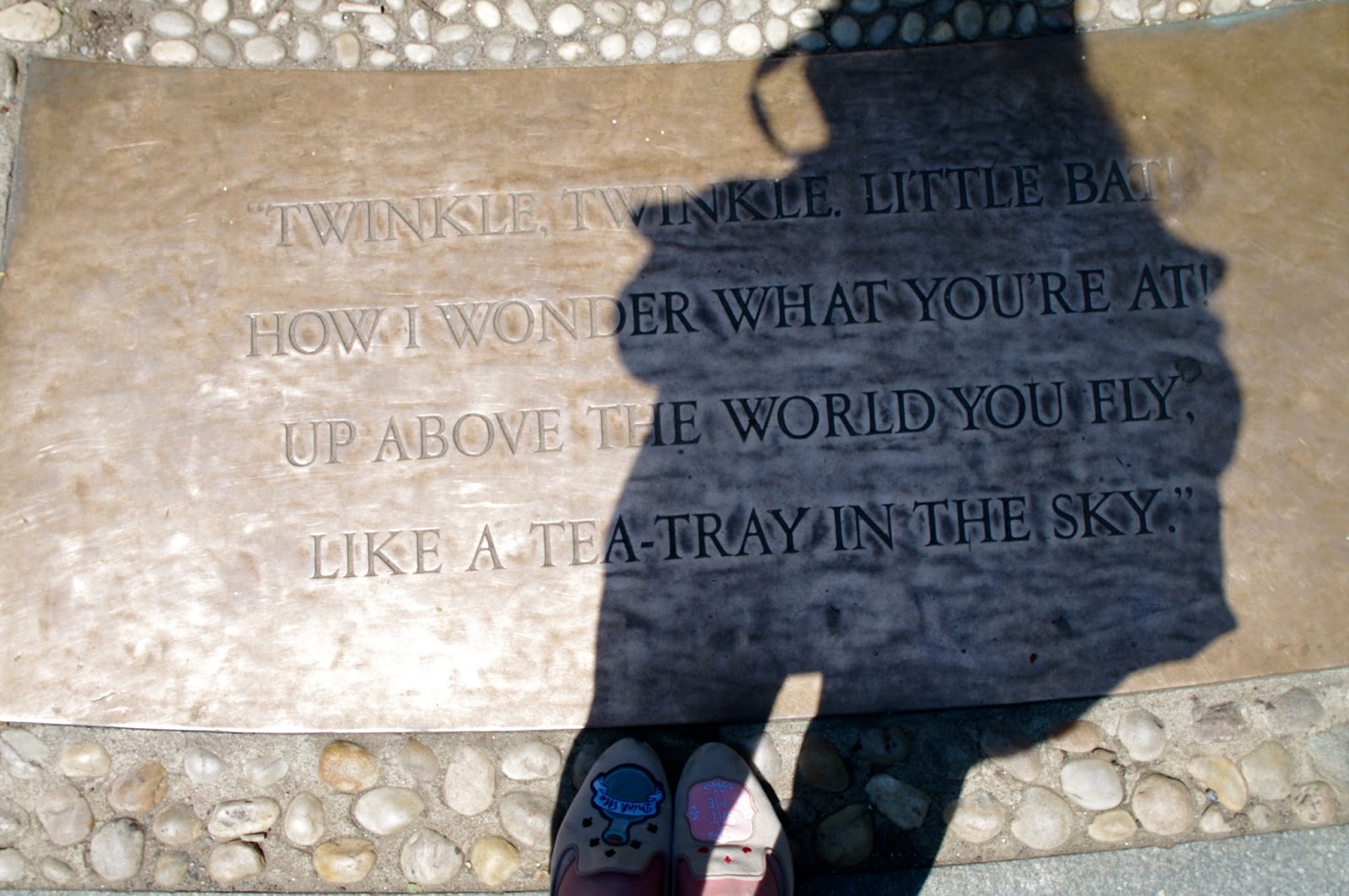 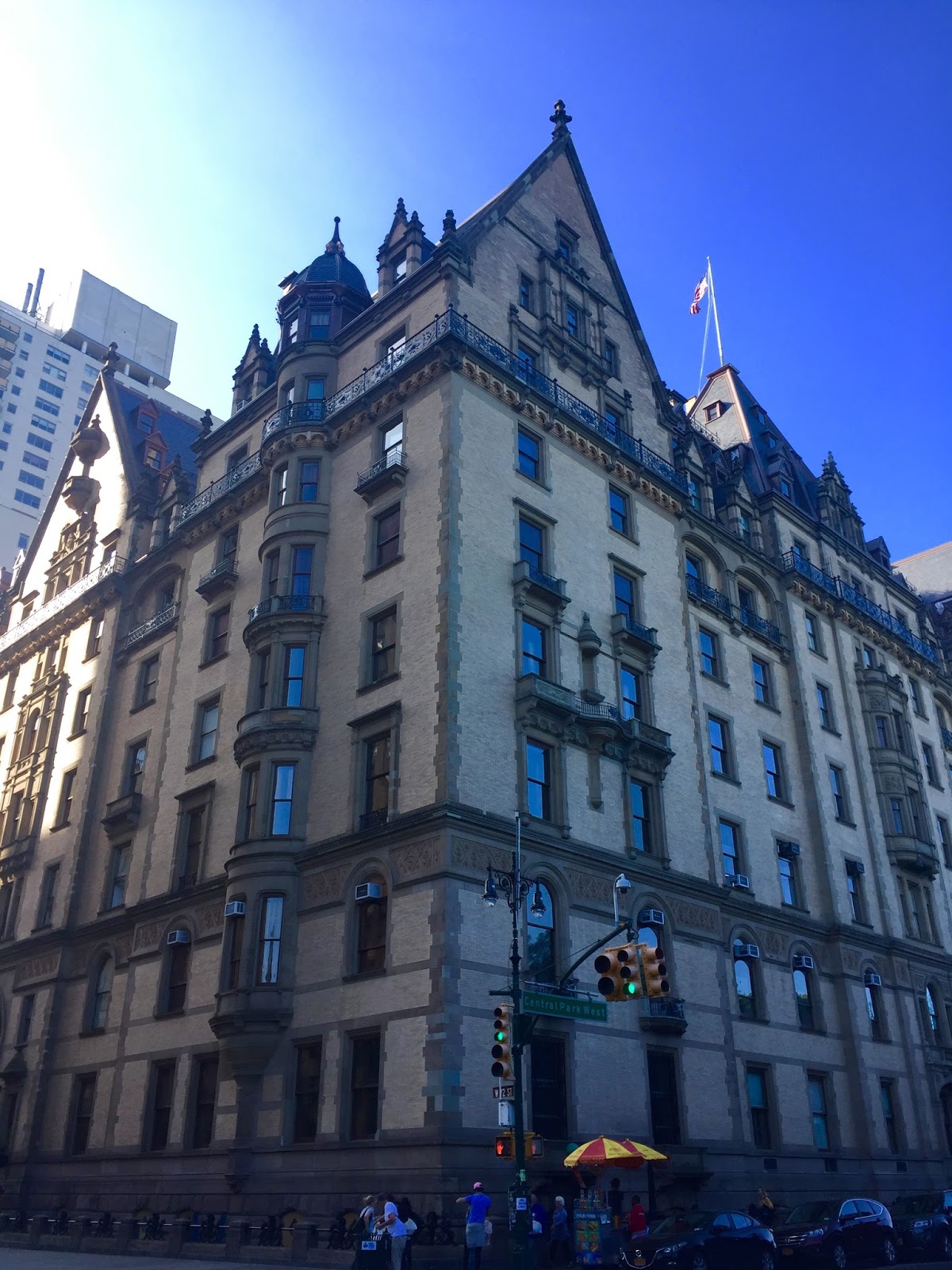 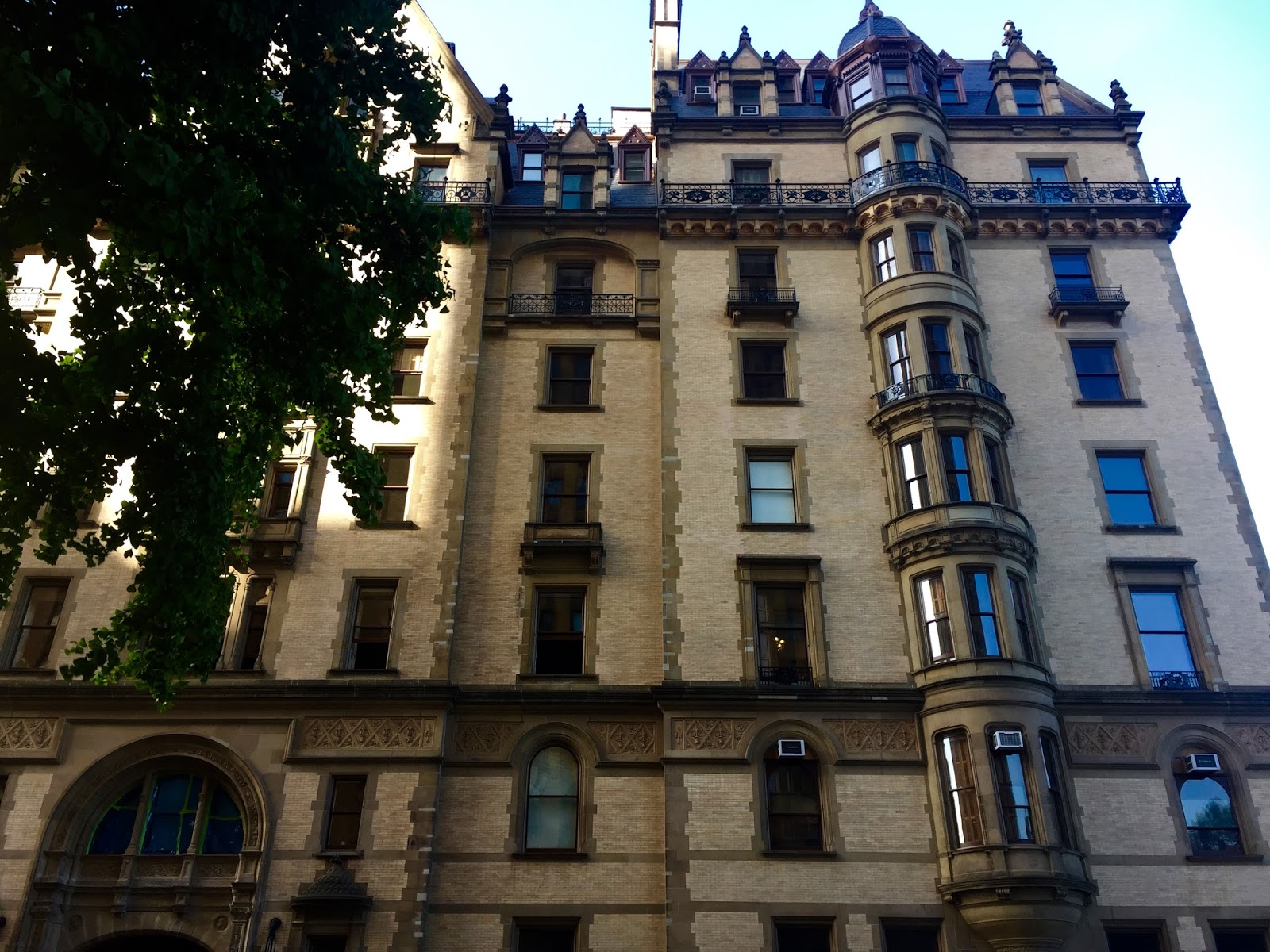 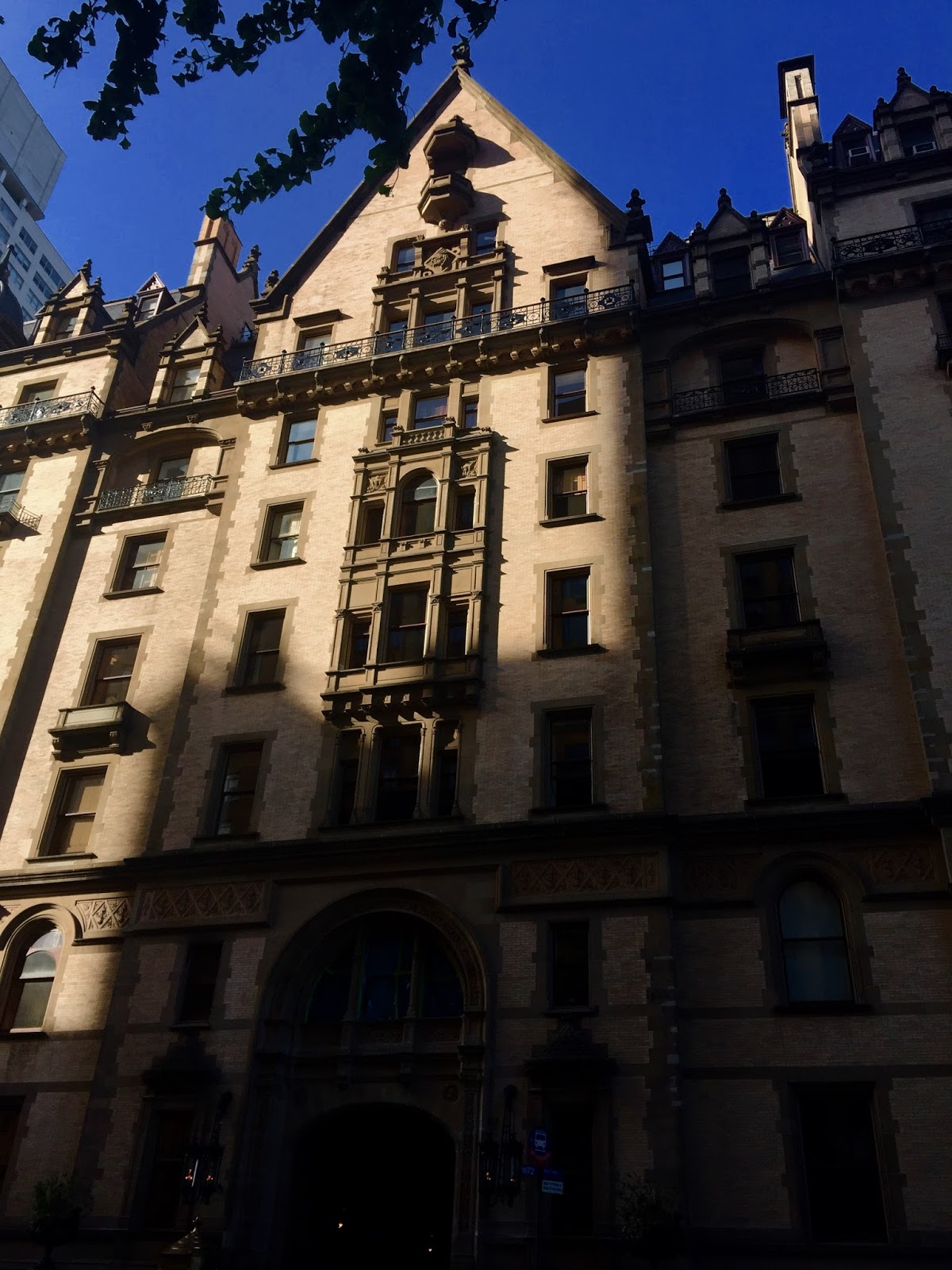 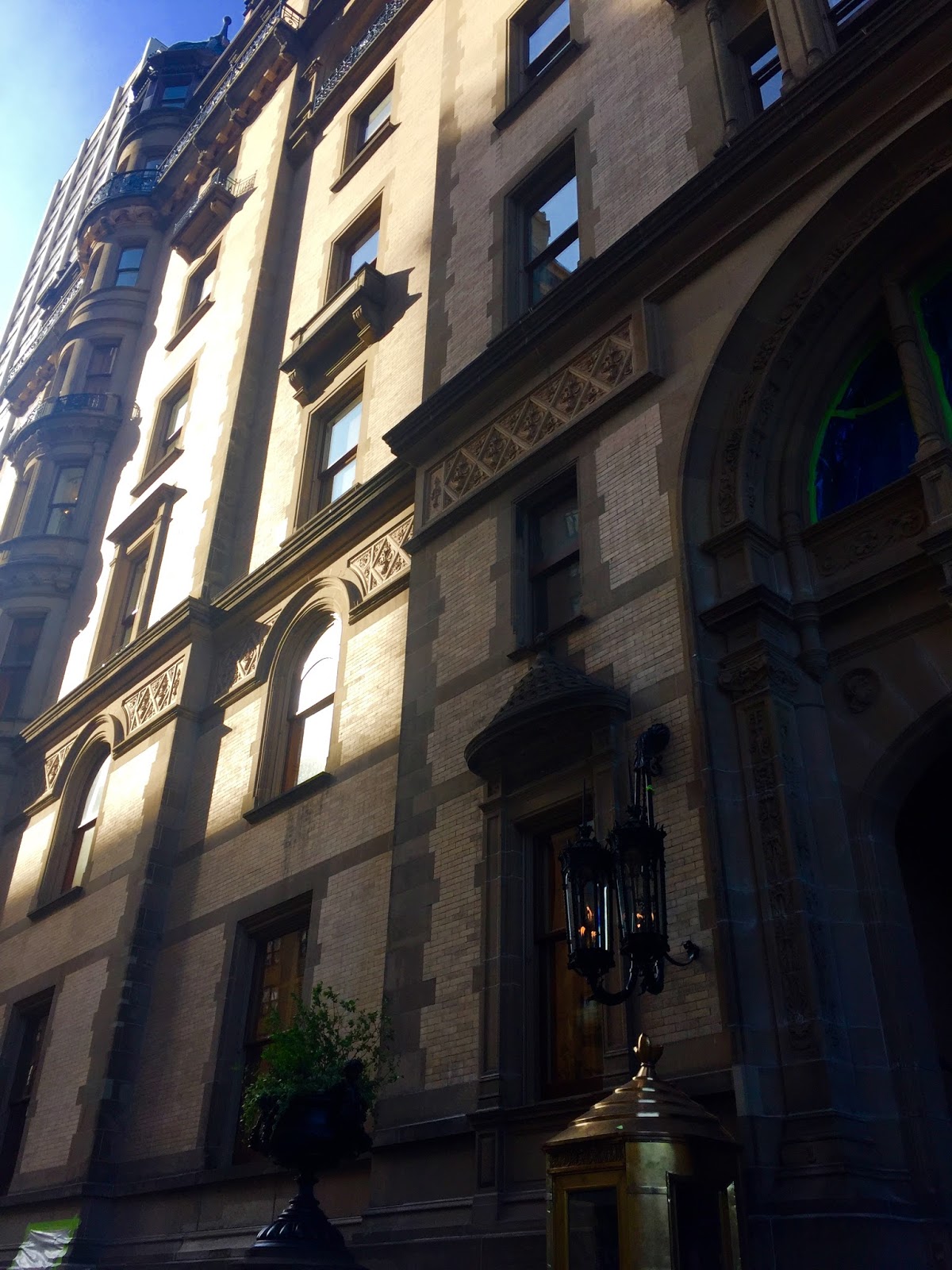 Rosemary’s Baby is my second favourite New York film, second only to Breakfast at Tiffany’s.  I read the book once while working a desk job and fell in love with the story even more when I saw how Roman Polánski brought it to life with Mia Farrow.  I will never tire of her hair and outfits in that movie.  The Dakota Building was the set of The Bramford, where much of the film takes place.  The Dakota is stunning in person, gothic architecture, with actual fire-lit lamps at the entrance.  David and I were on our way to go see it and I commented on the beauty before actually realizing it was the building we were on our way to visit.

My third visit to the city and my first tine in the borough of Brooklyn!  I’ve heard a tonne about the up and coming neighbourhoods here and since this is where David is currently living I had the opportunity to see a bit of Bushwick and Williamsburg, though we still spent most of our time in Manhattan. 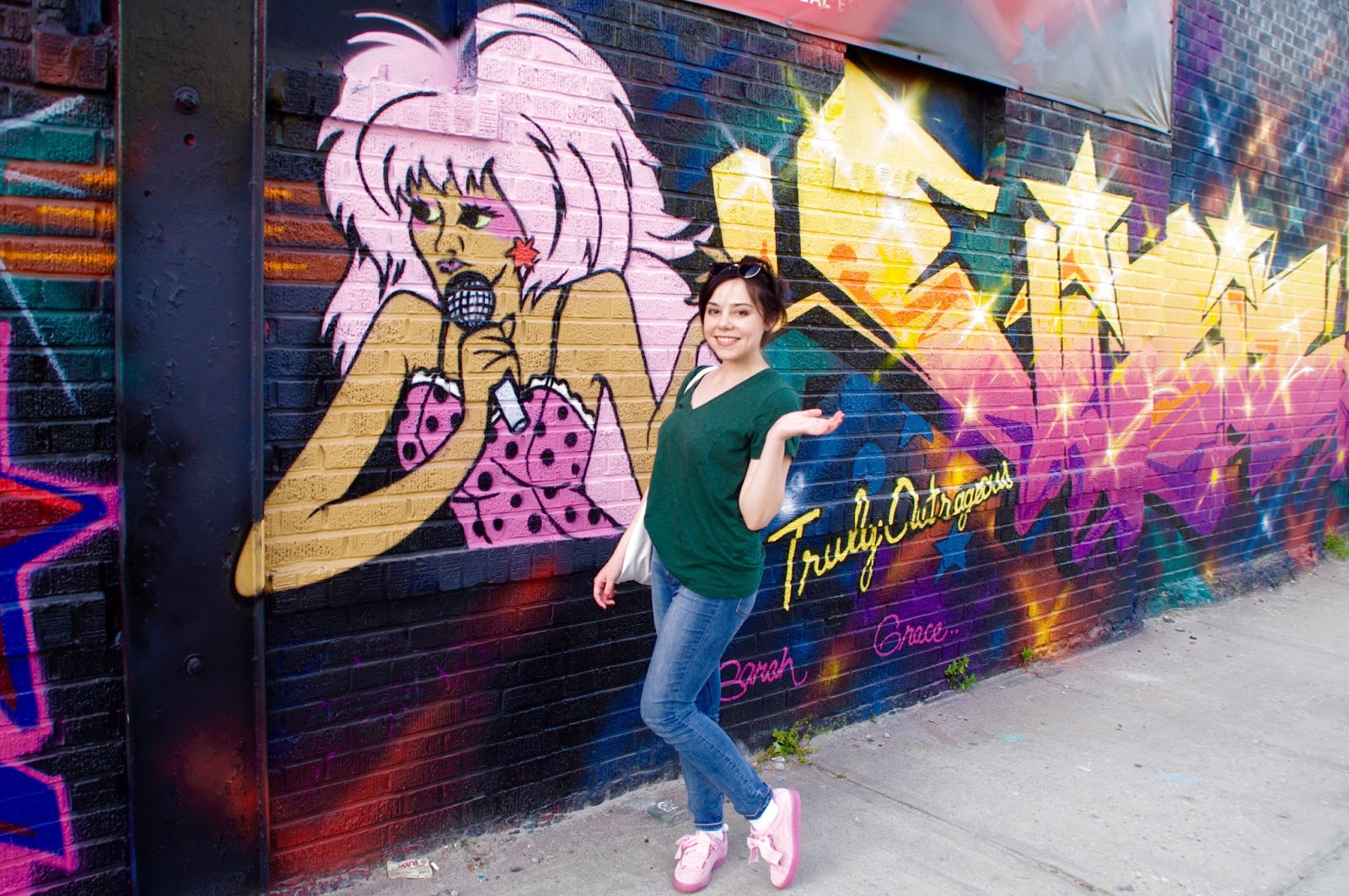 I stumbled across this Jem & The Holograms street art around the corner from my David’s place on the way to dinner on the Island my second night. 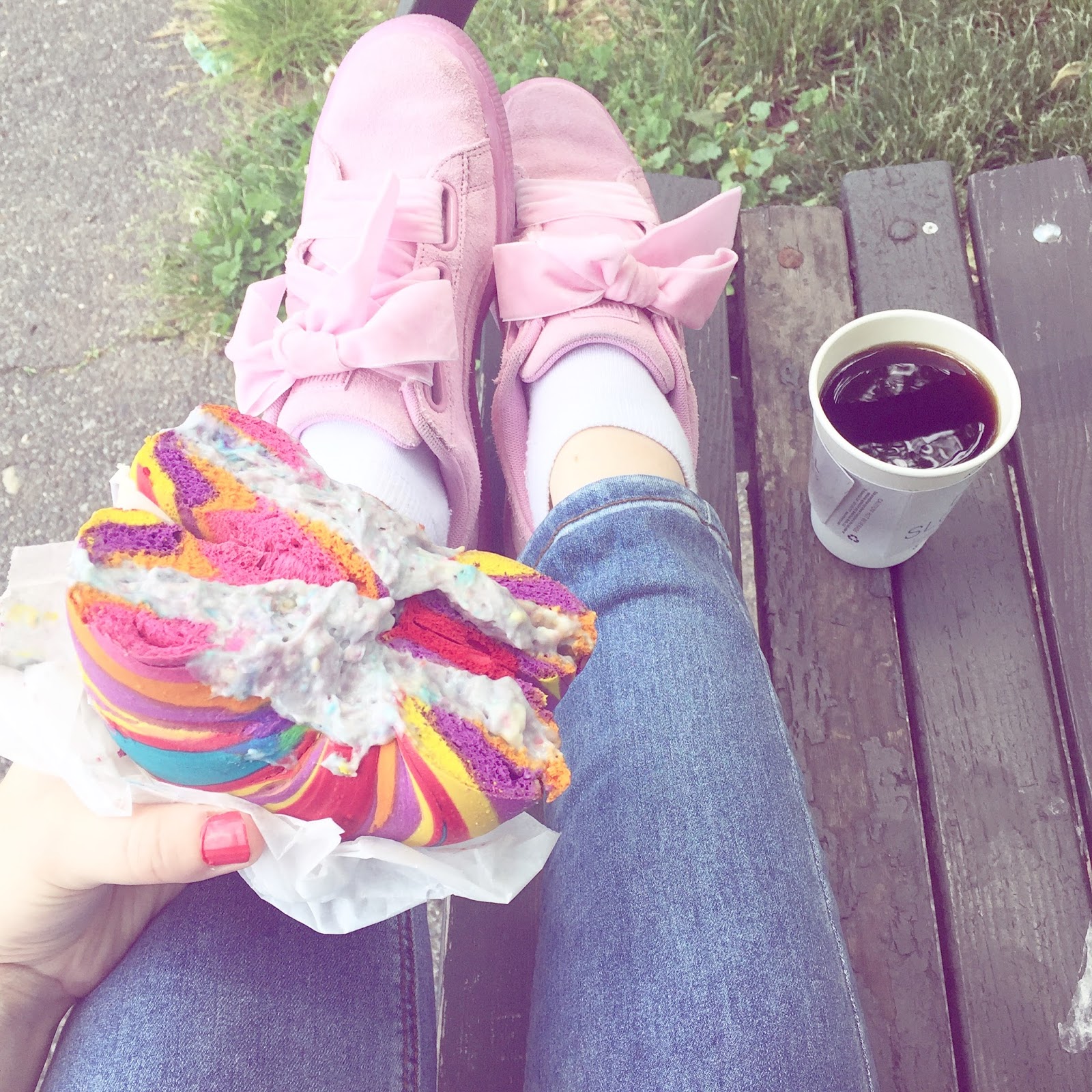 I remember when these were first introduced to the internet and the hype around the Bagel Store, with alleged hour-long lines for these whimsical baked goods.  Though What A Bagel in Toronto does rainbow bagels, I had to come to the original source, also to try out the funfetti cream cheese.  I was able to eat half of the bagel.  Lets be honest, this is a bonafide, “I did it for the Insta”.  It wasn’t awful, but it certainly wasn’t good!  Sorry Bagel Store, I’m sure the rest of your menu is great, but cream cheese icing for breakfast has no place in my lifestyle. 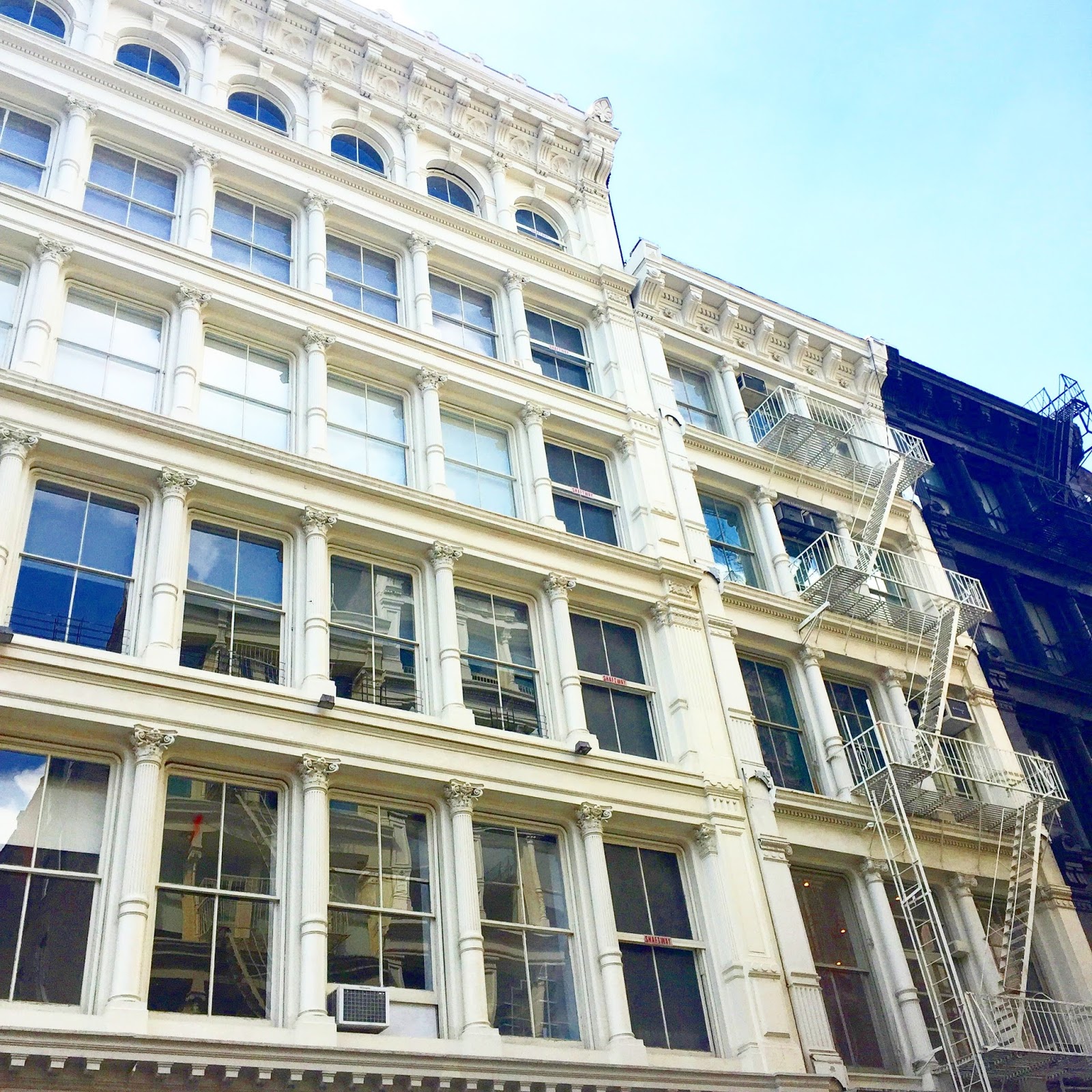 I’m not sure if I’ve been to SoHo before (I know I for sure didn’t on my last trip) and I can’t believe it’s taken me this long!  SoHo is so my place.  I would love to live in one of the white brick apartments and drink my coffee out on the fire escape on Sunday mornings.  This is where I spent most of my time while David was at work.  I picked up a bright pom pom necklace from a street vendor.  Next time I’d like to do a Ballet Beautiful class at either the Upper East Side, or SoHo locations. 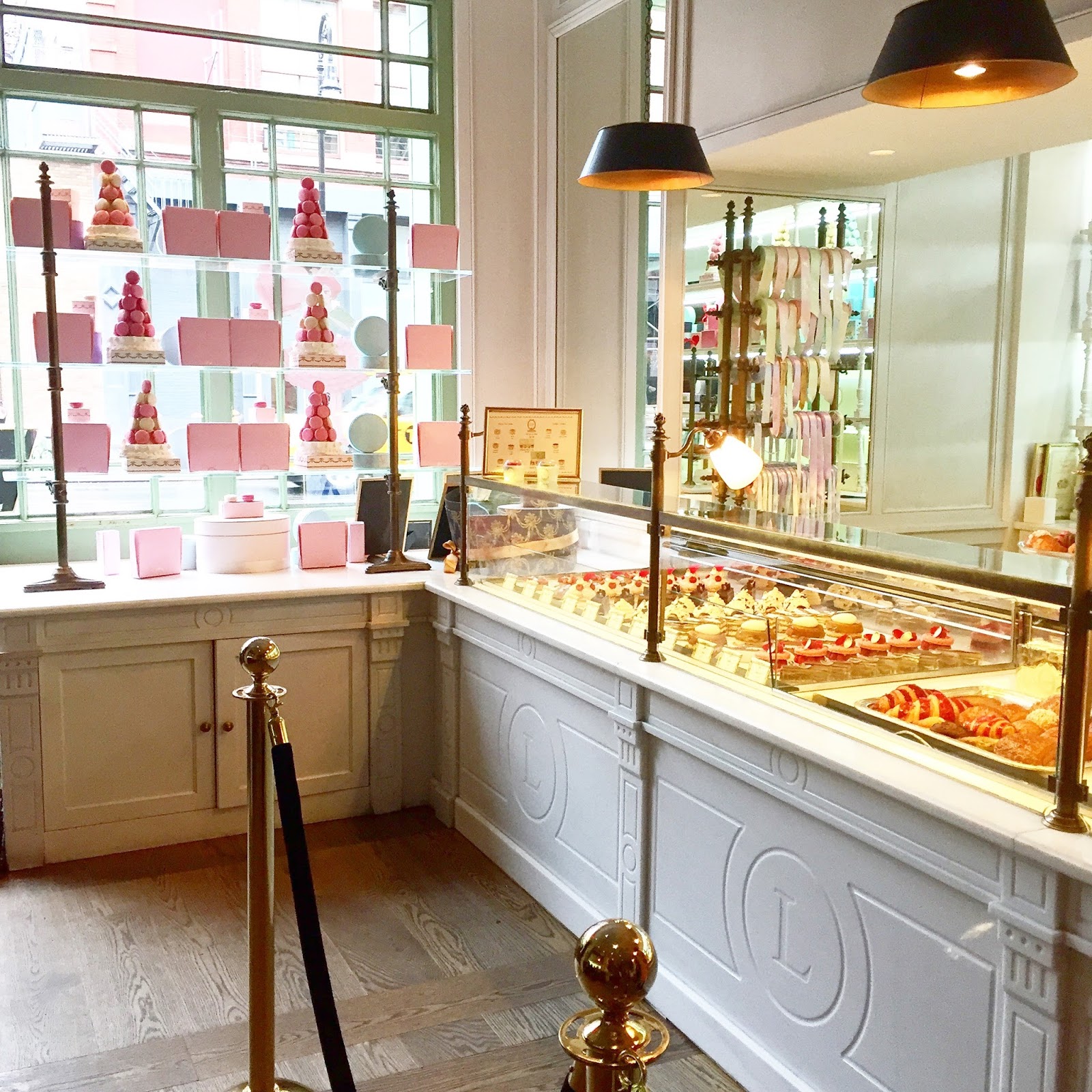 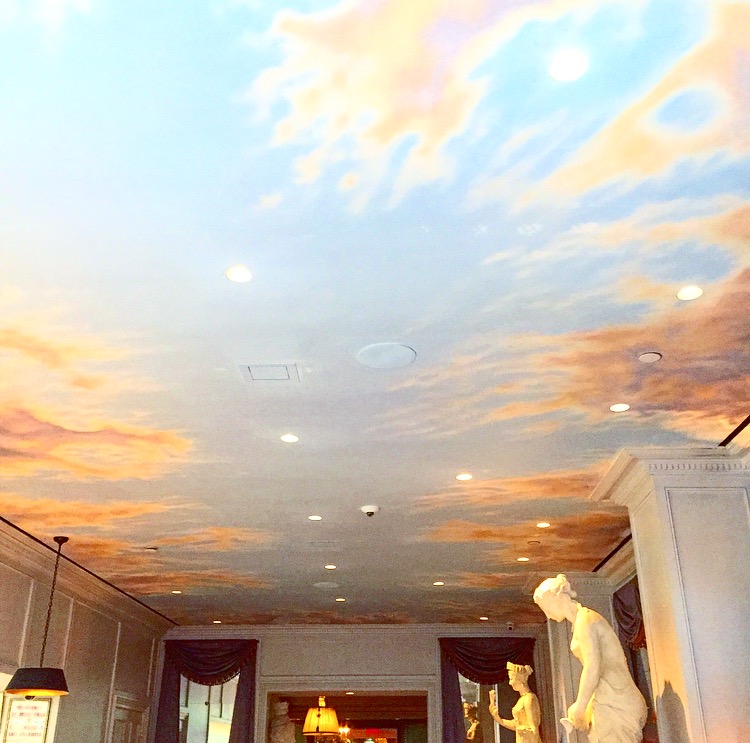 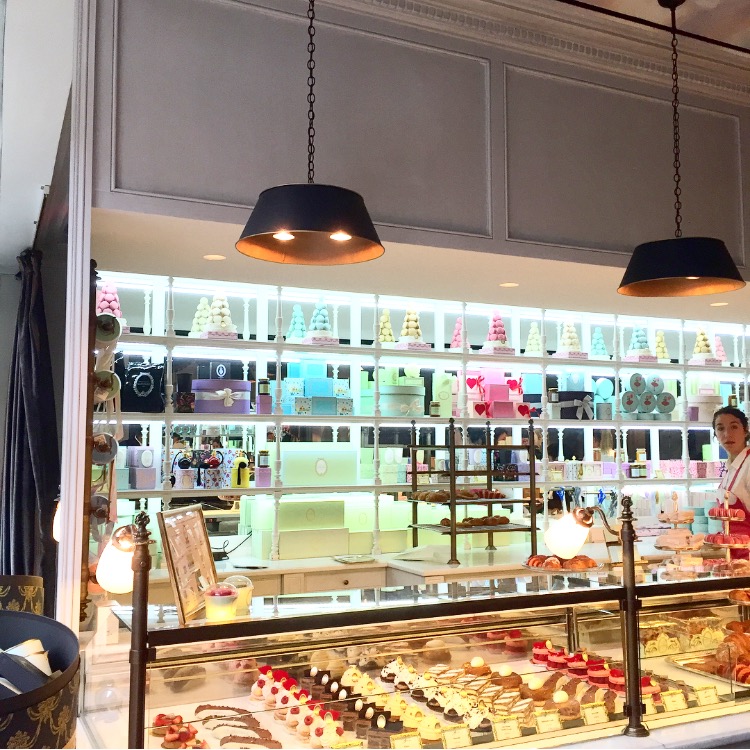 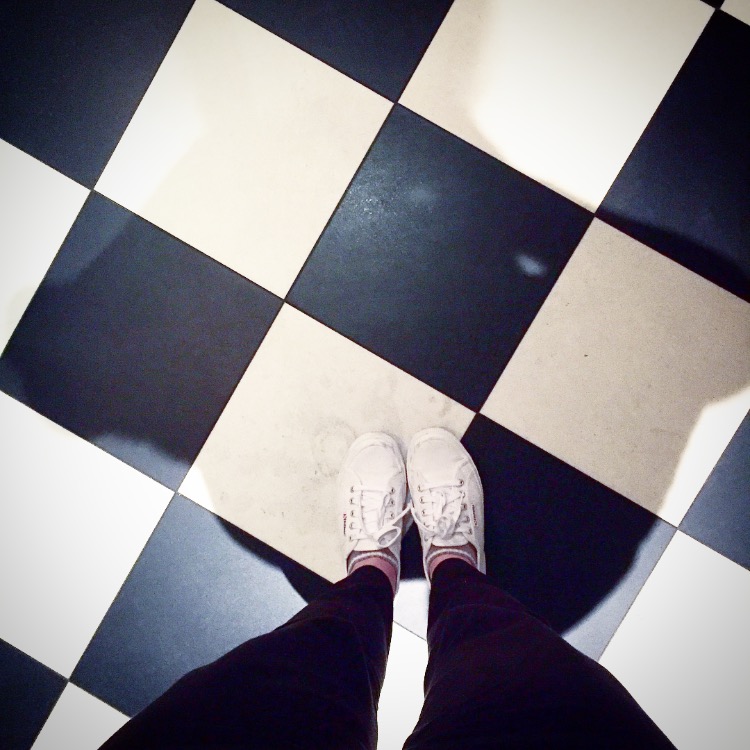 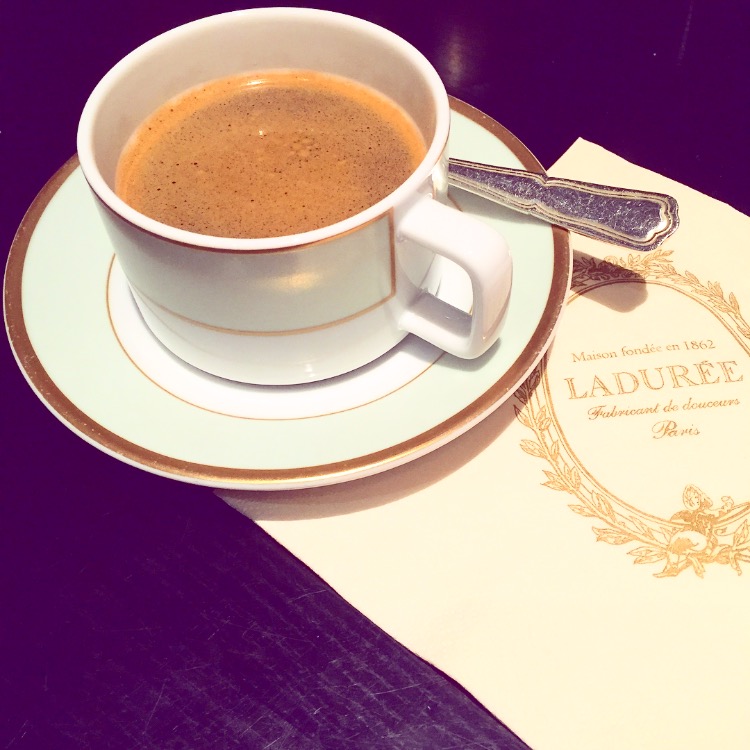 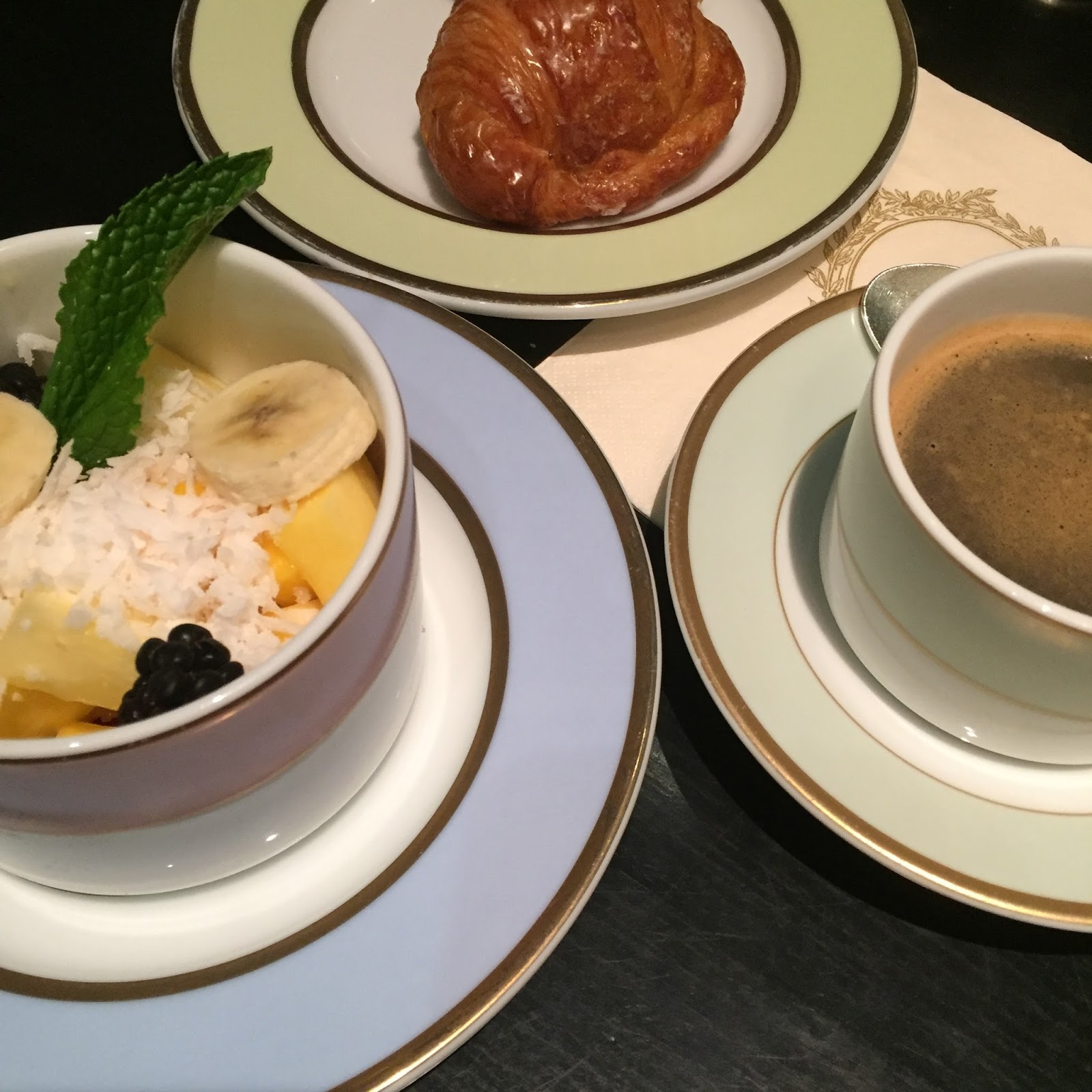 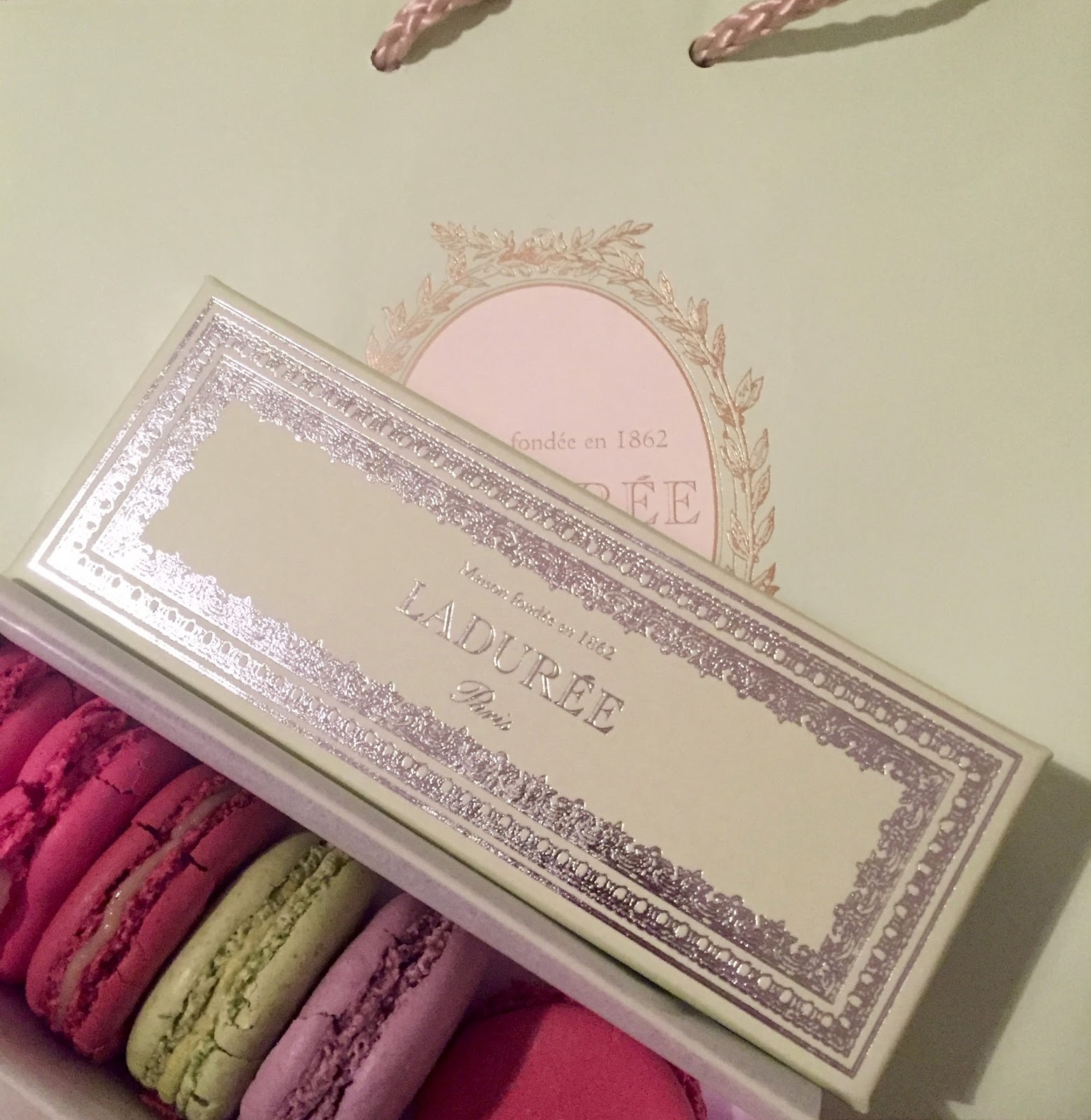 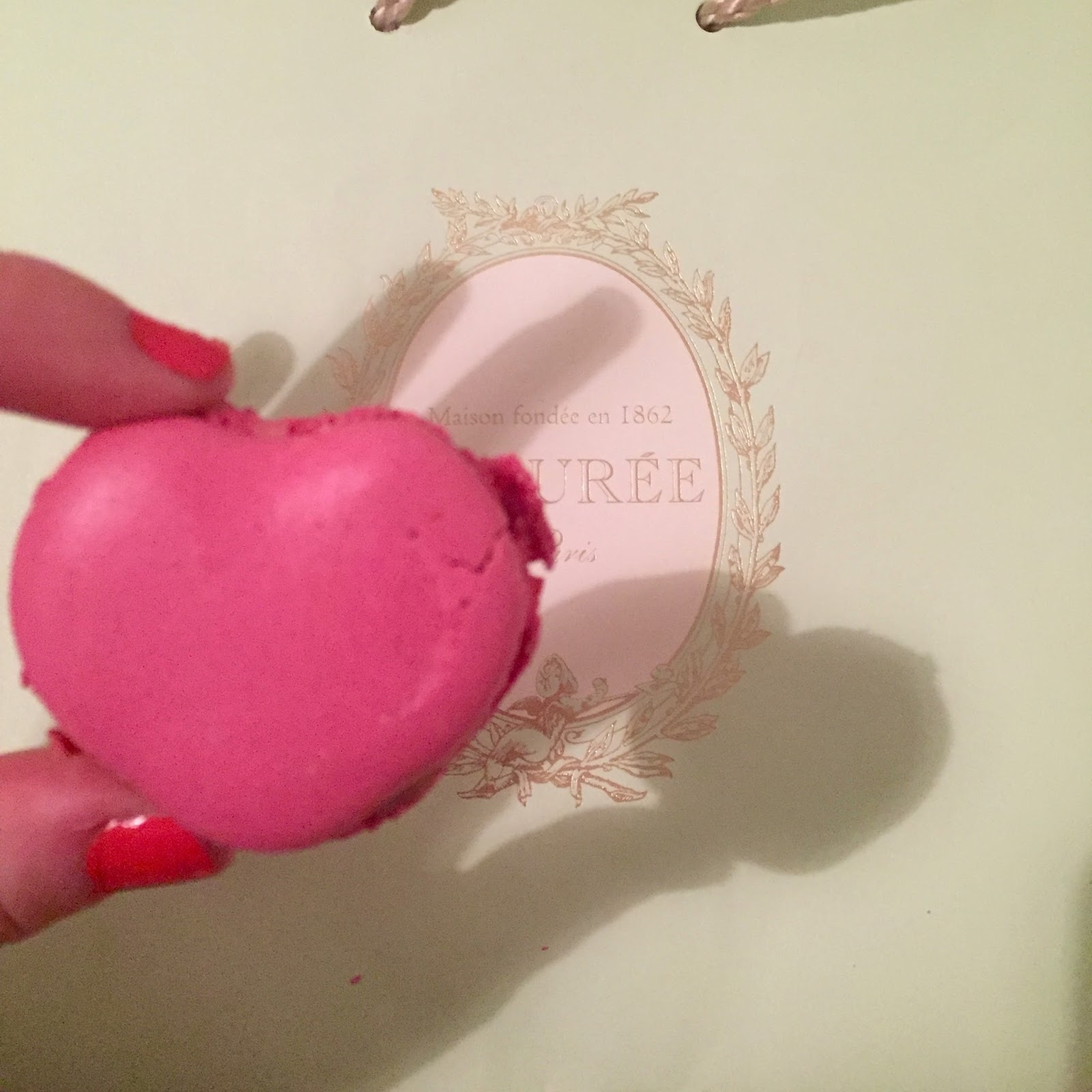 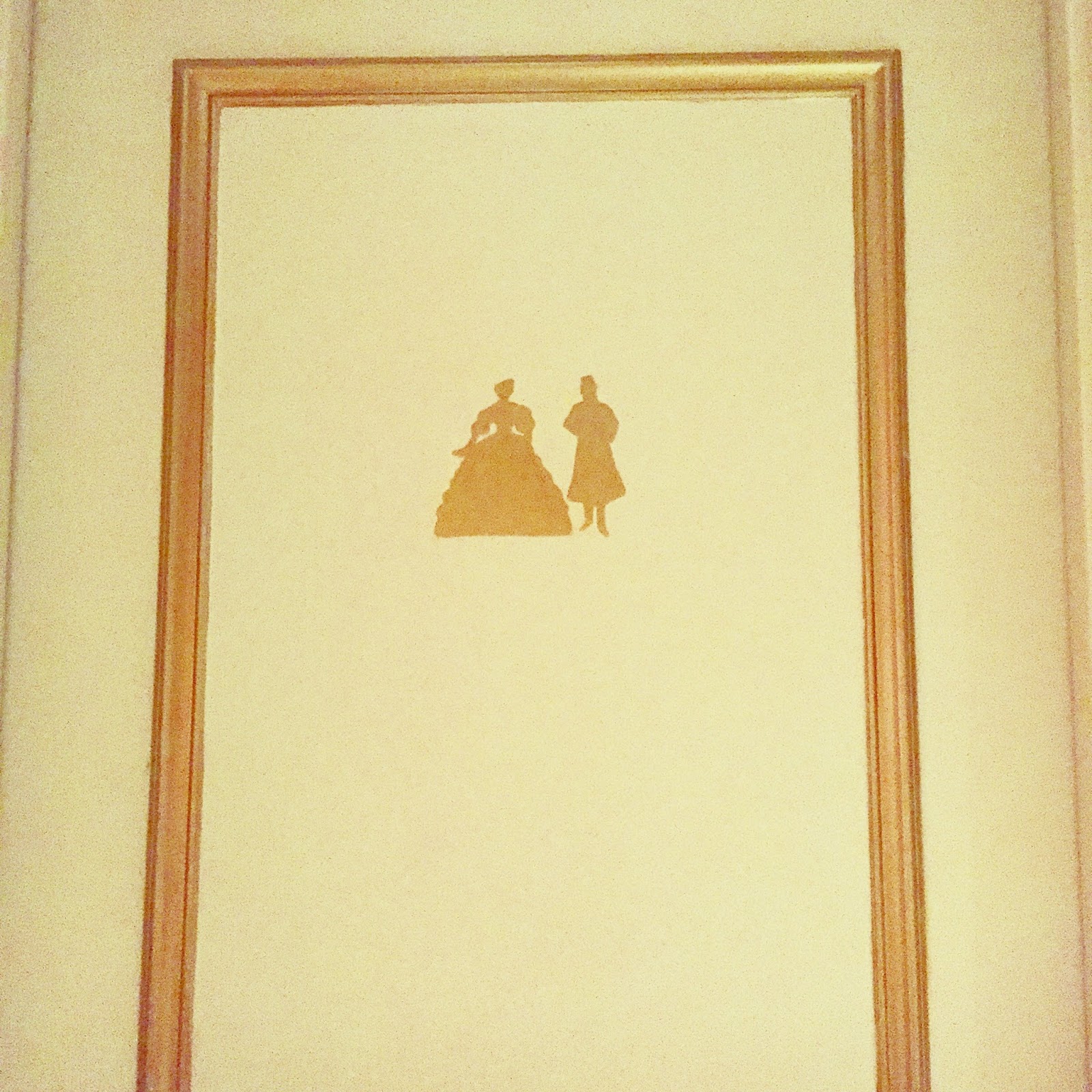 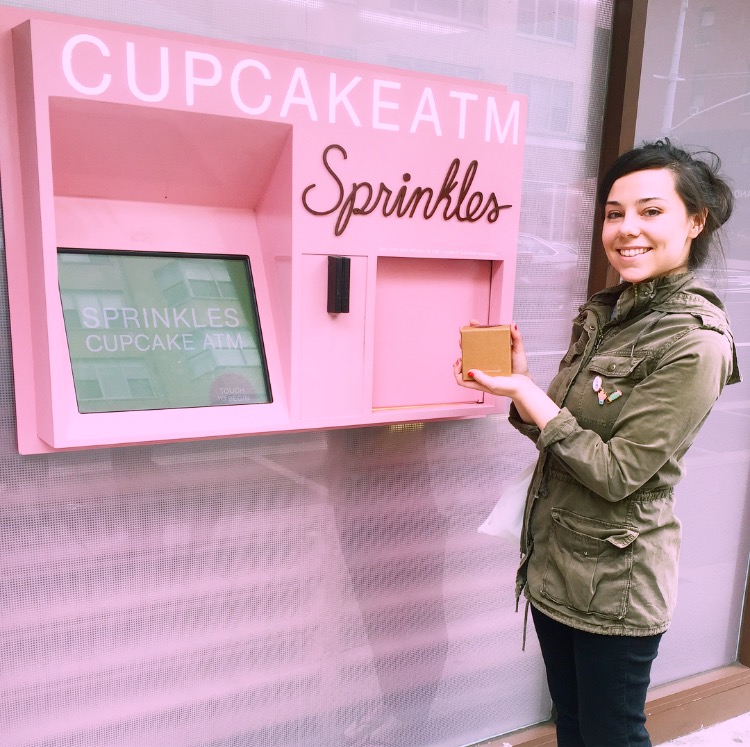 One of the highlights of my trip was getting a Cupcake from the Sprinkles Cupcake ATM.  Whoever thought of a pink ATM which dispenses fresh baked cupcakes 24/7 is obviously my soul-sister.  I had a coconut cupcake, it was delicious.  I actually ended up carrying the cupcake around all over Manhattan, as we went for brunch on the Upper East side on Saturday and didn’t plan on coming back up, so I bought the cupcake in the morning and didn’t eat it until afternoon.  I kept worrying I would put it down in a store and forget it!

“& he always wants to meet at Hamburger Heaven” 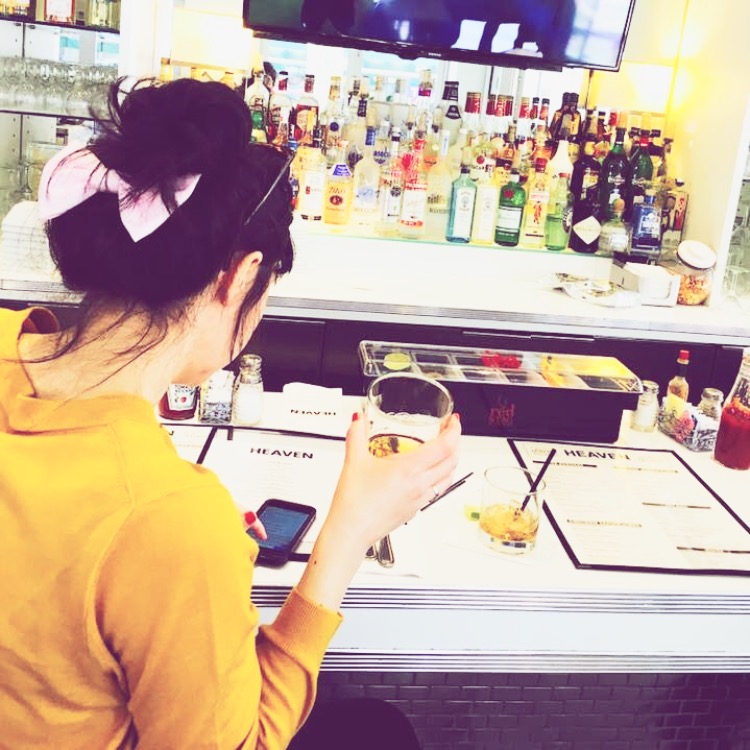 Okay, so admittedly I don’t know that this is the restaurant referred to in Breakfast at Tiffany’s, but the sixteen year old girl, watching Holly wander around New York and dreaming of the city is just going to pretend it is.  David insisted we come here to watch the end of a soccer game…an important one, so I had a Maker’s and waited (im)patiently. 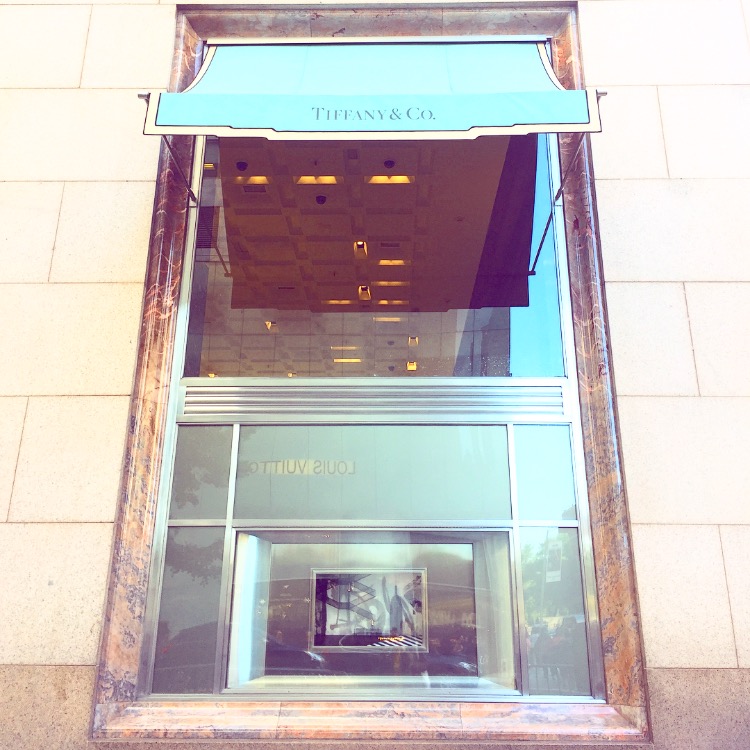 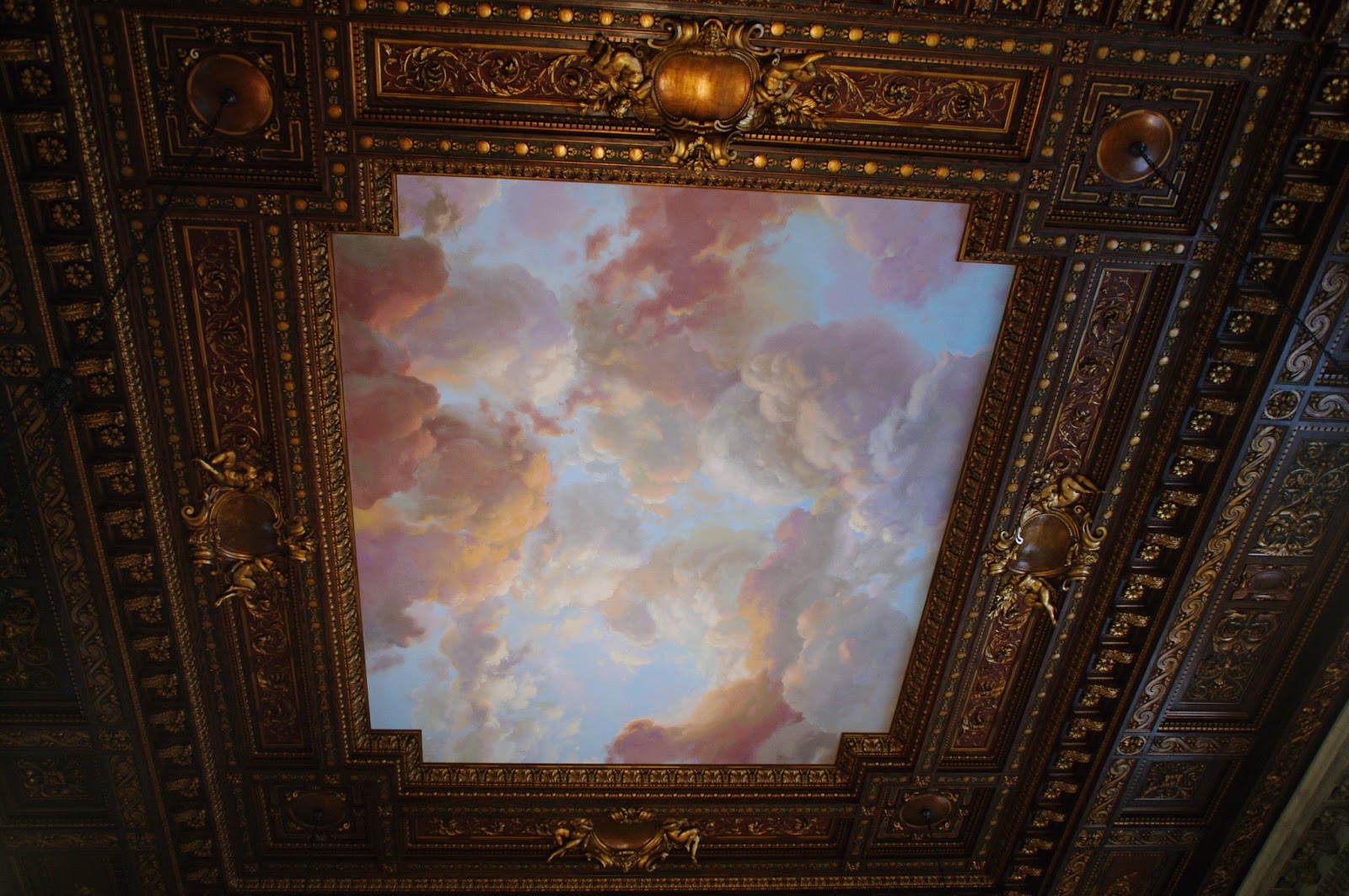 You know me and my libraries.  This beautiful cloud mural is found in most of the rooms. 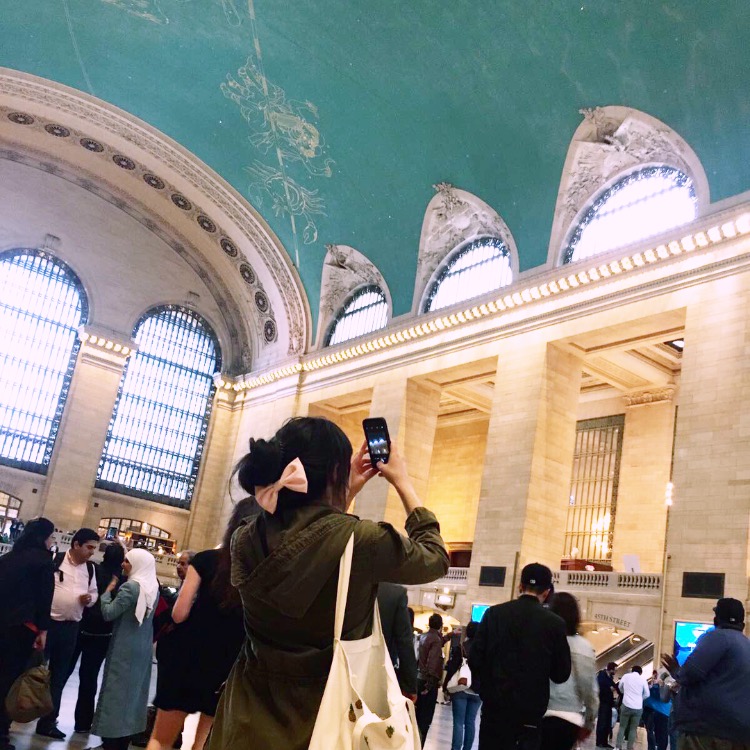 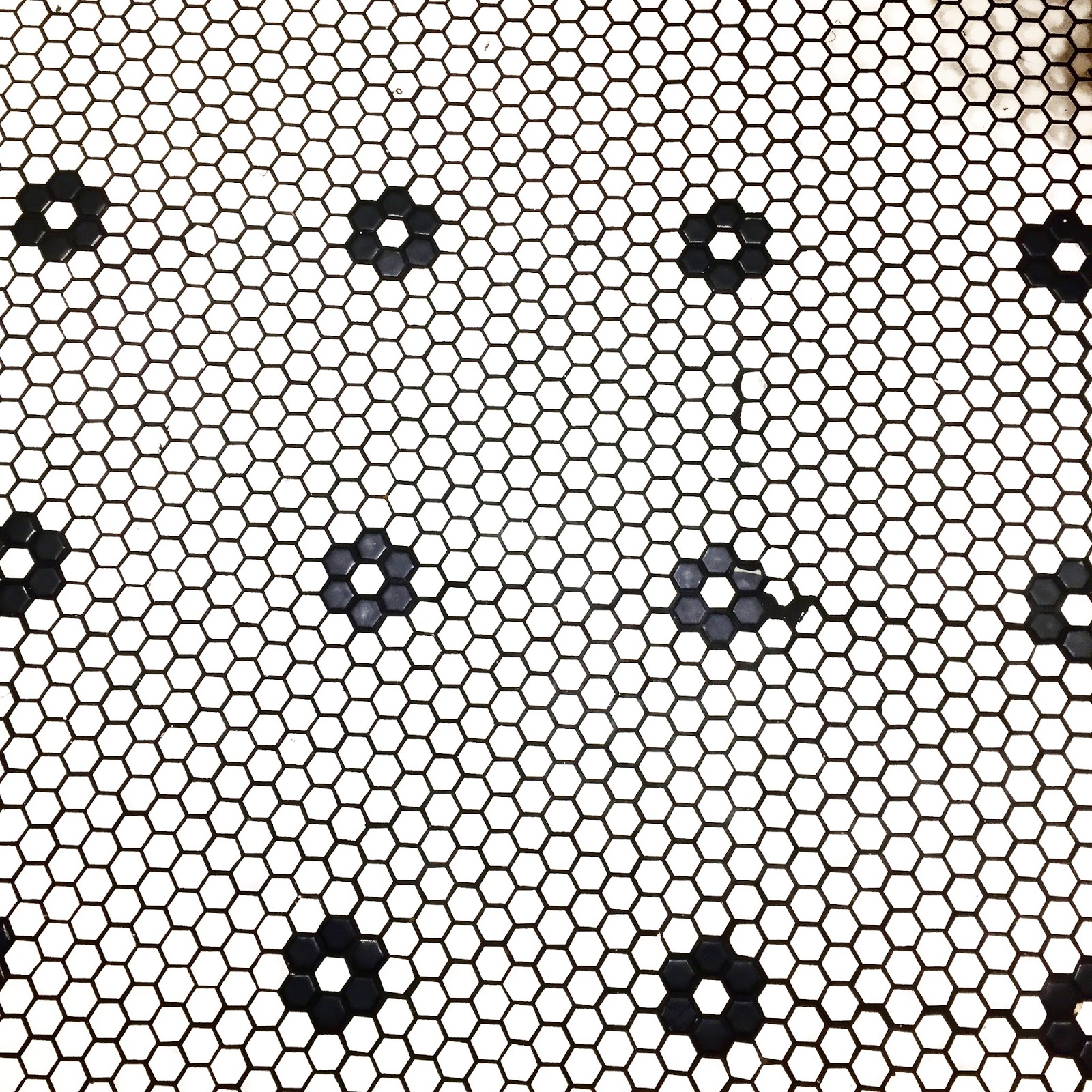 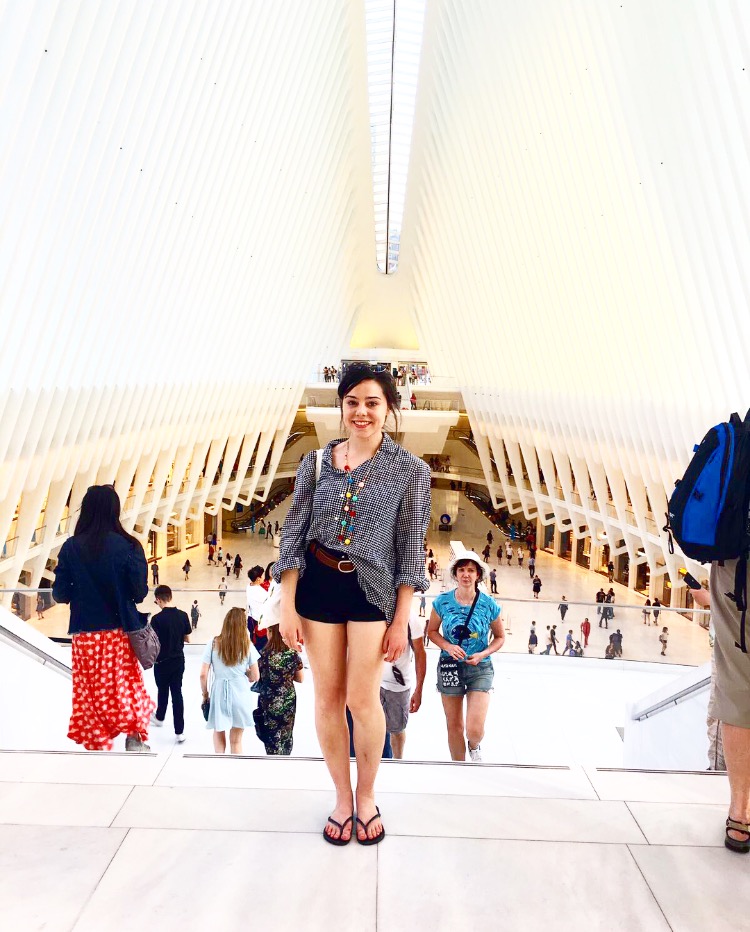 One of the more touristy moments I had in NYC.  I loved the all-white background of this mall for my Insta theme. 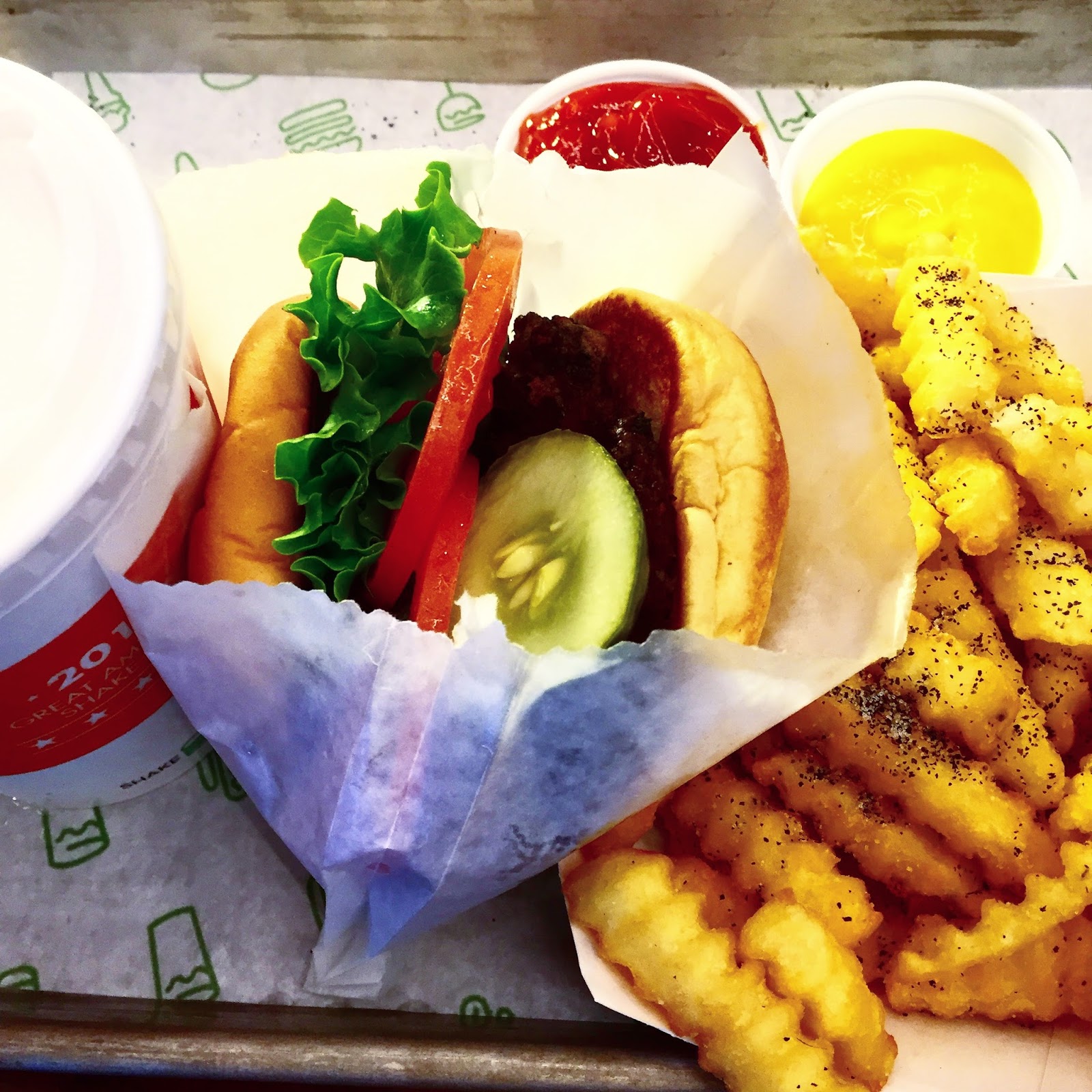 Shake Shack is just one of those places…nothing special, but we don’t have it in Toronto, so I just have to go!  Momofuku Milkbar had a pop up a couple of months ago, and it was insane, please come to Toronto! 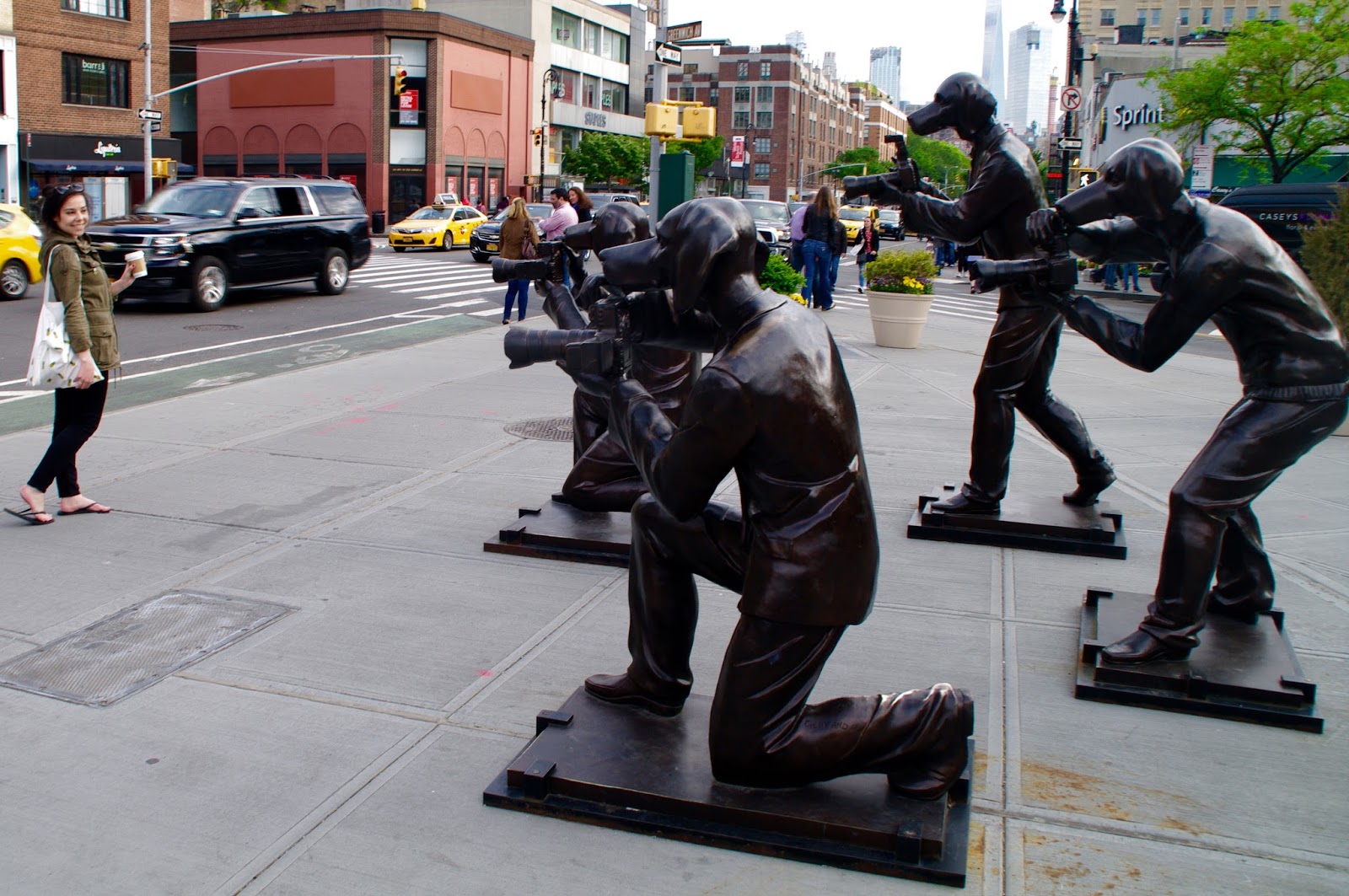 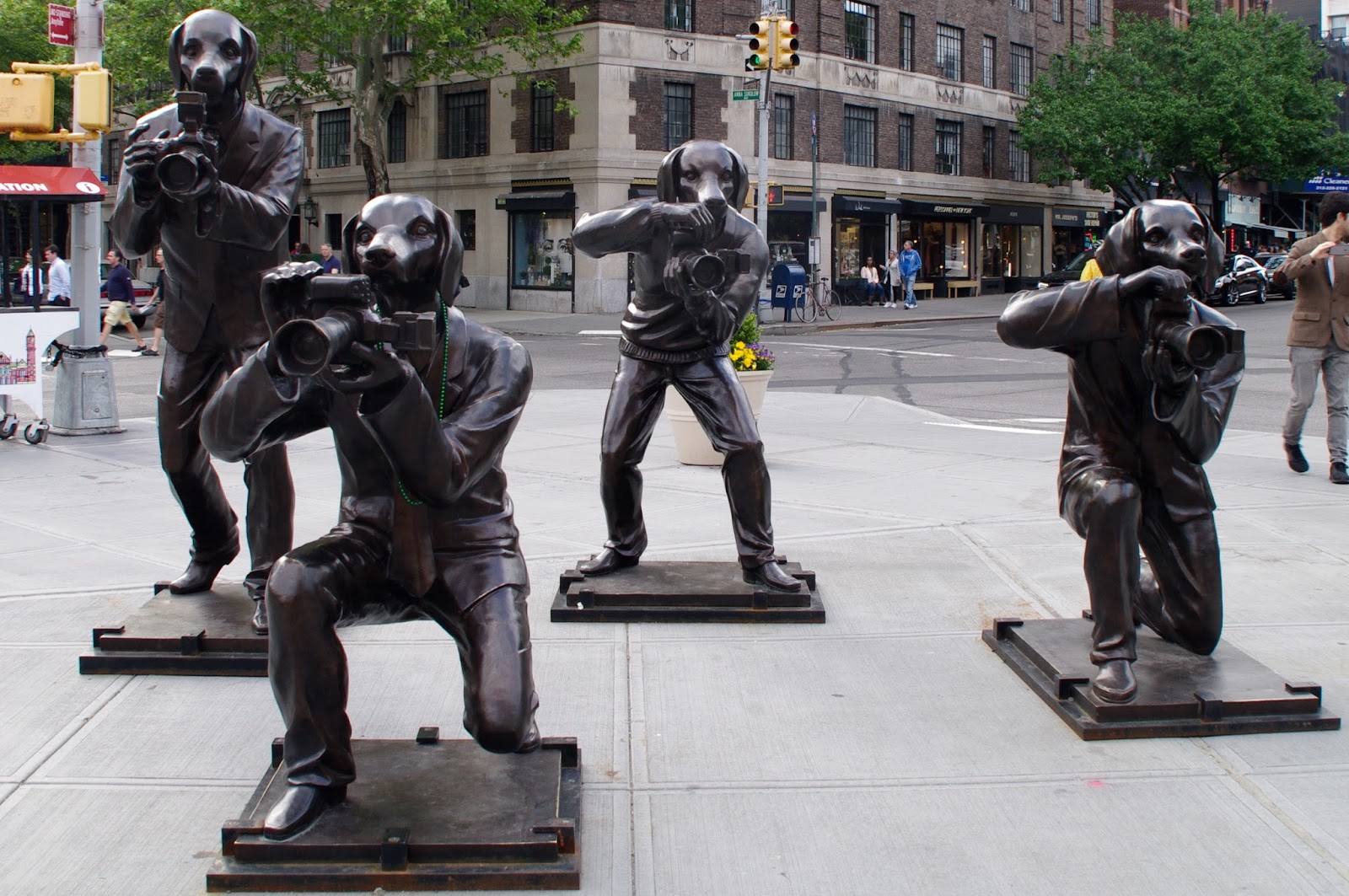 I love this bronze installation of paparazzi dogs.

I’ll be travelling a lot now between Toronto and NYC due to my relationship status, so if you have any recommendations of places you know I would like please leave comments!  I love trying new restaurants, shops and pretty places for pictures!  I’ll be back next in June and am building my itinerary.

In the mood for more NYC?  My previous posts:
Breakfast at Tiffany’s
New York State of Mind