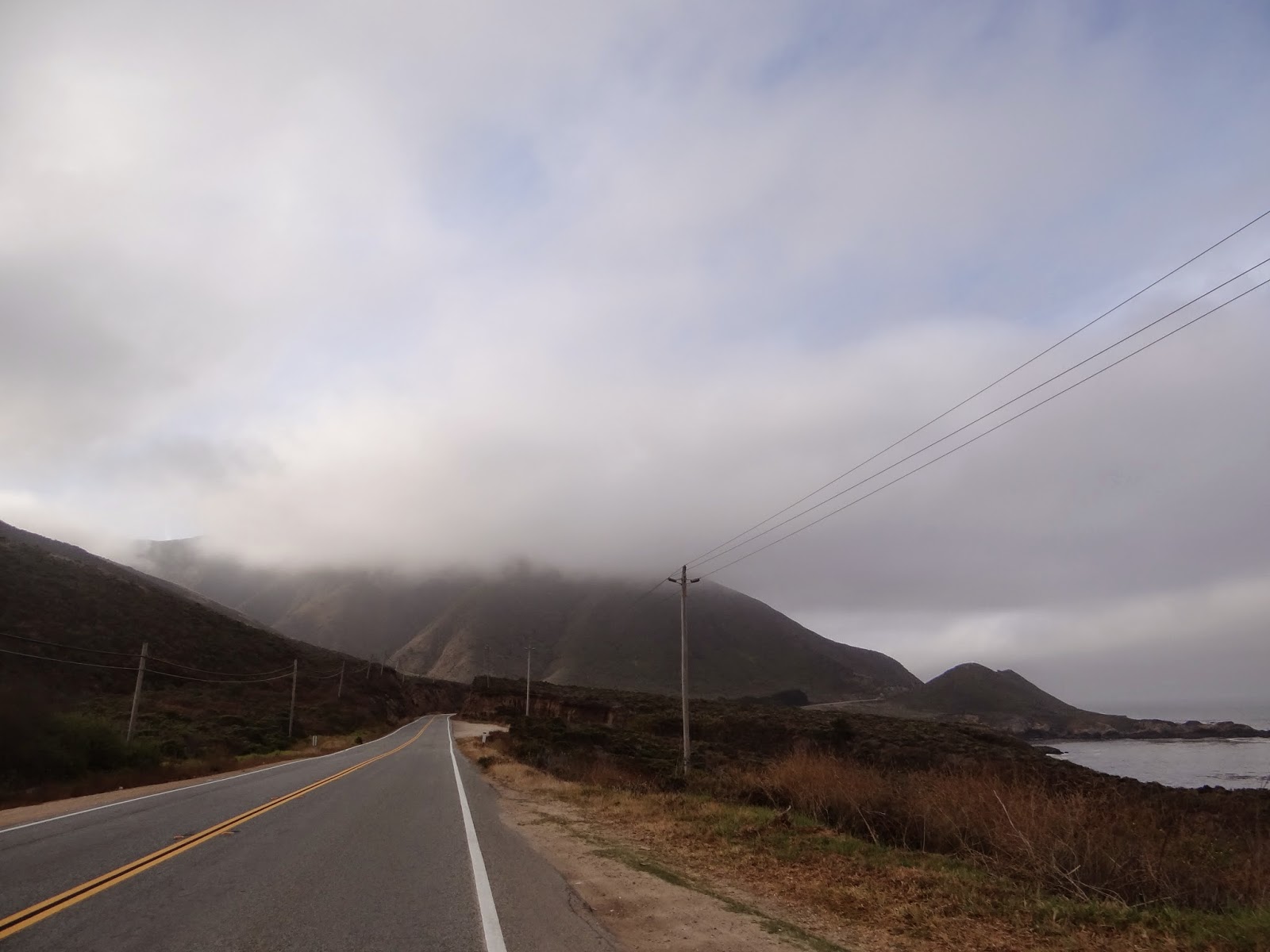 One of the main events in California is to drive down the Pacific Coast Highway (Highway 1).  The majority of this highway is one lane, built around the Pacific Ocean.  We had decided to drive all the way from Oakland to Topanga in one day, which is about ten hours of straight driving.  I also booked in a bit of beach time that day as well. 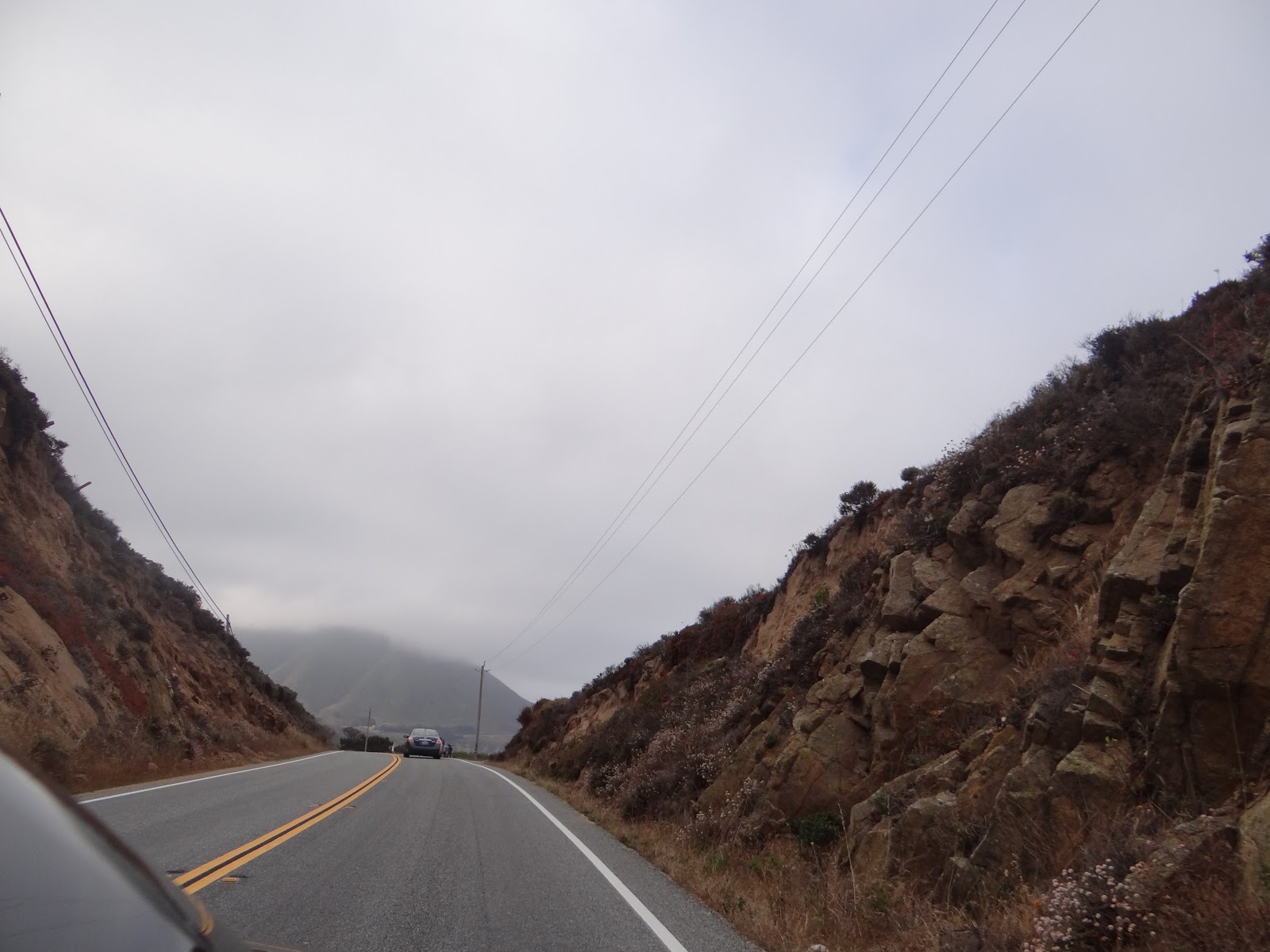 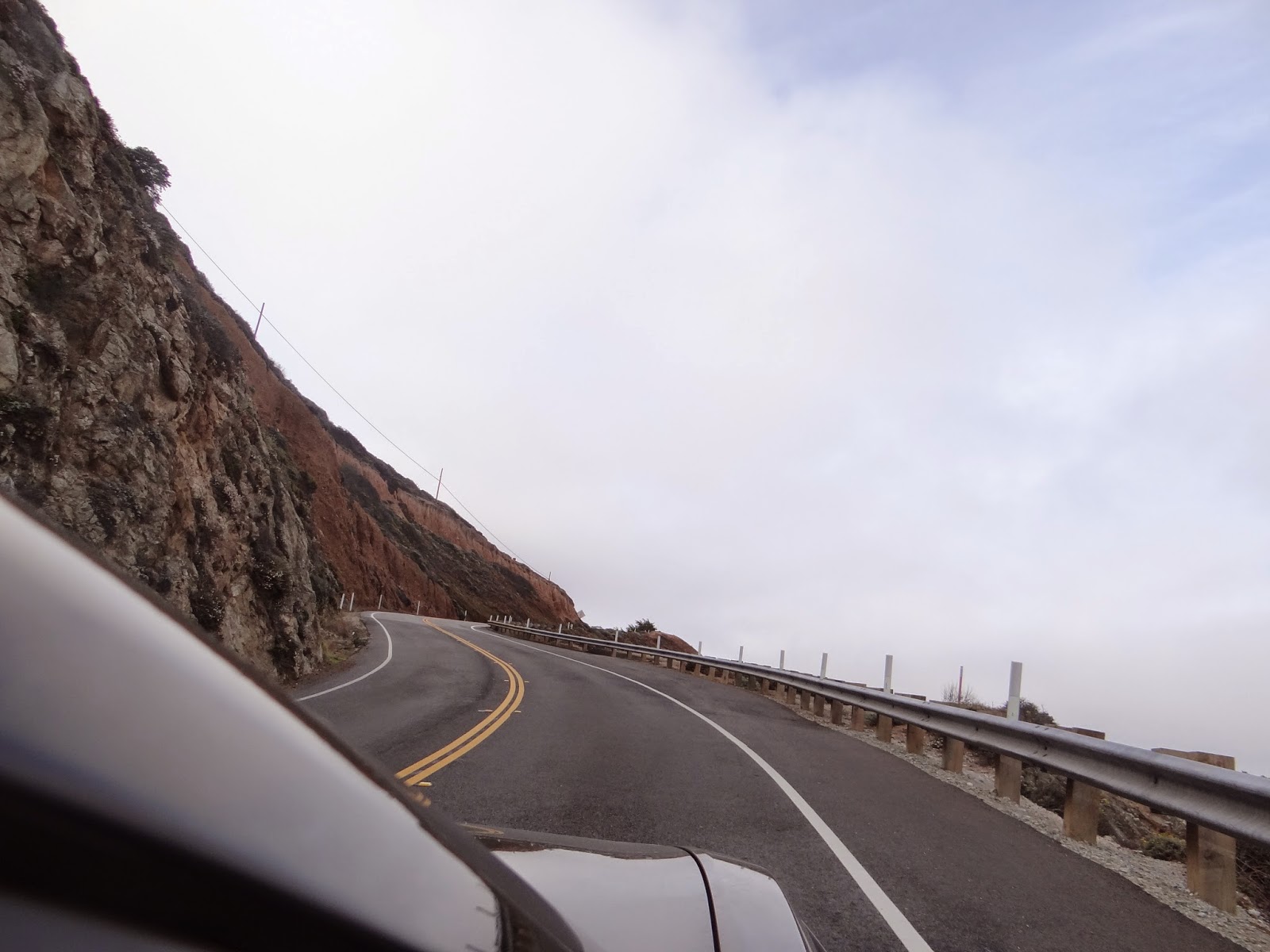 There are faster ways of getting from Norcal to Socal, but the PCH is the most scenic and definitely worth driving if you’re in California.  The first spot we hit on the PCH was Big Sur, a beautiful national park.  I found this to be the most interesting spot on the PCH.  Here the highway is a single lane wrapping around jagged cliffs, with only a small barricade separating you from the lashing waves and jagged rocks of the Pacific Coast. 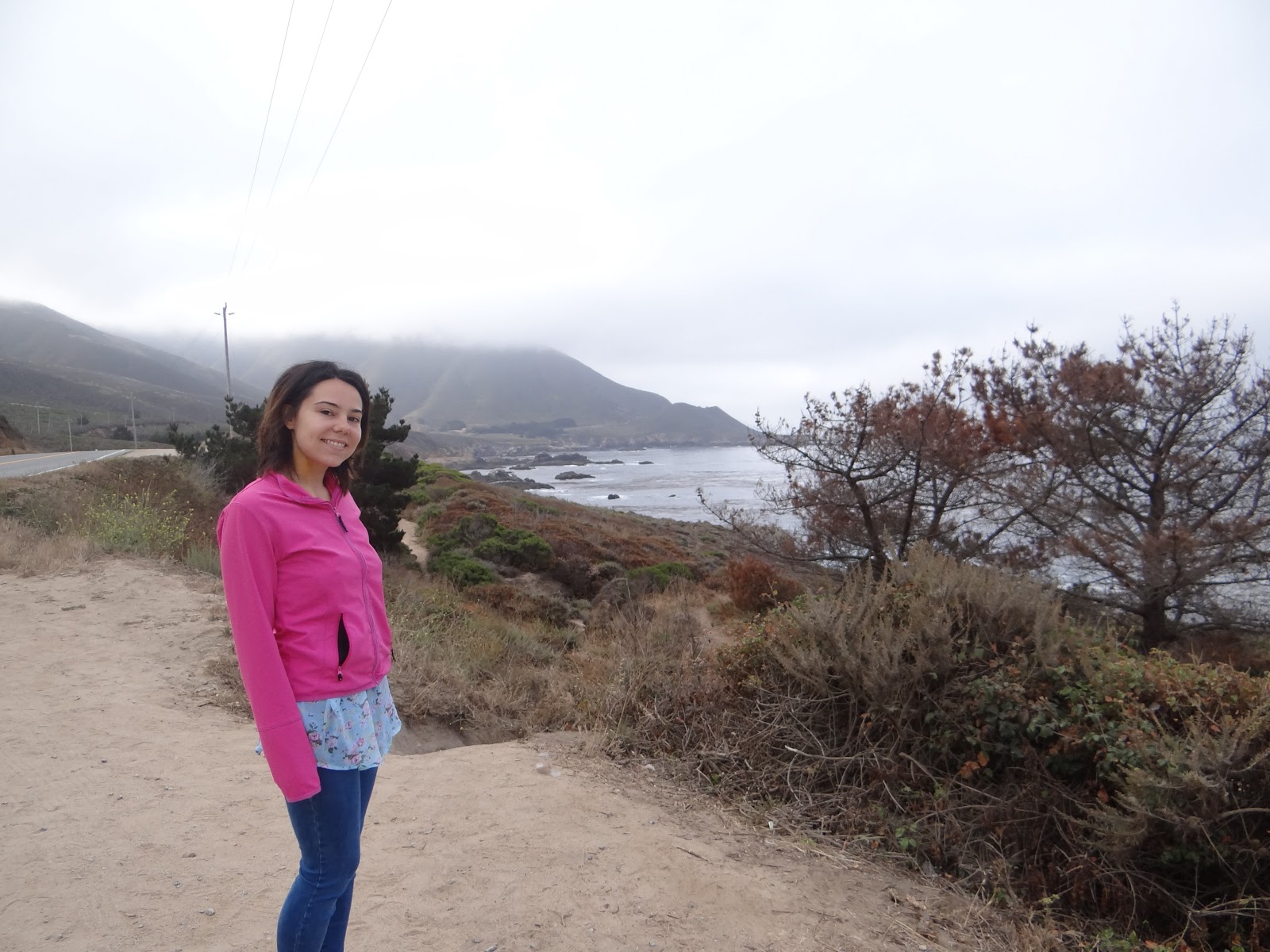 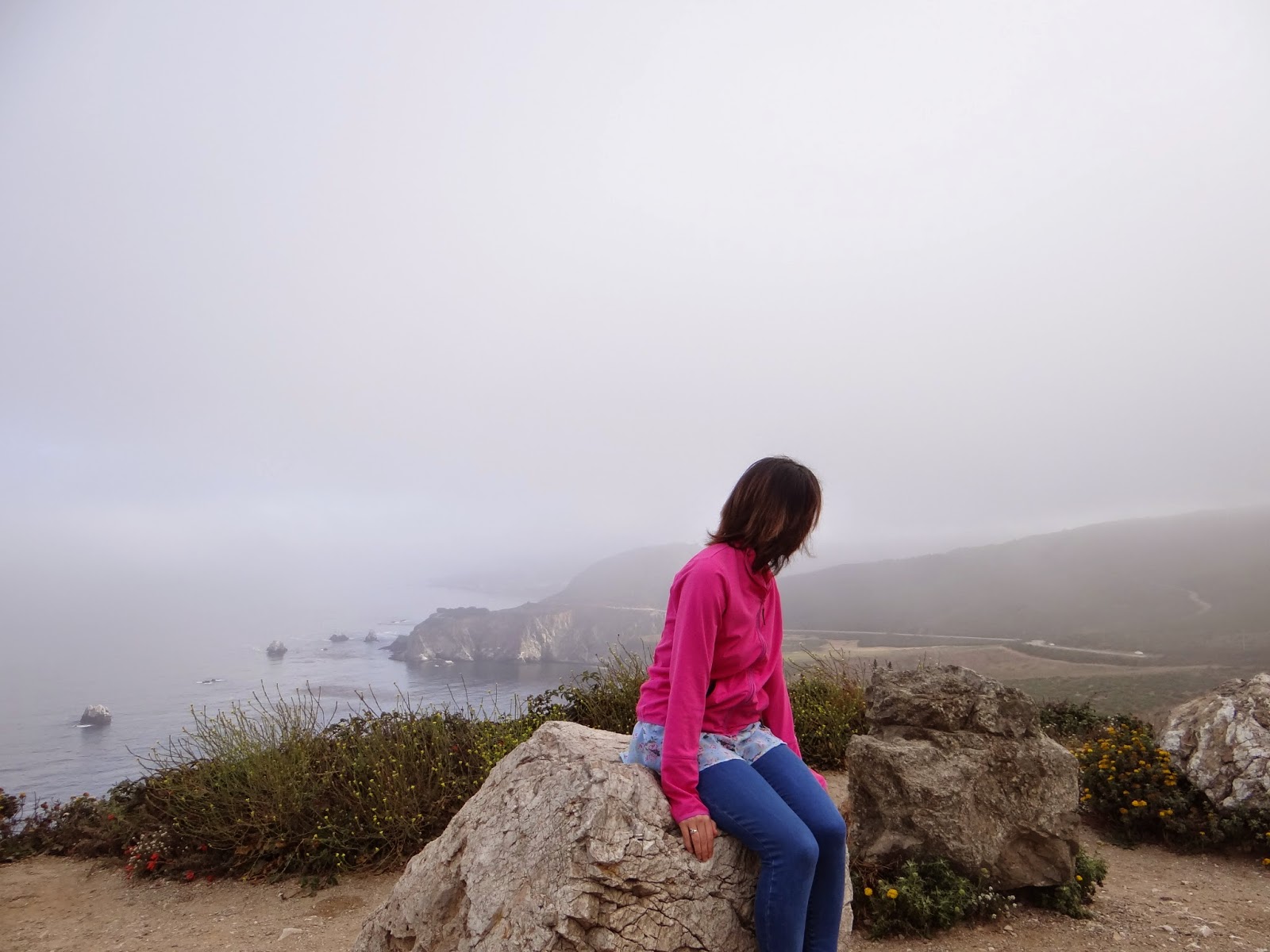 There are many spots along the highway to stop your car for a rest or to take in the beautiful scenery.  We made a stop at BIg Sur Bakery to get some coffees. 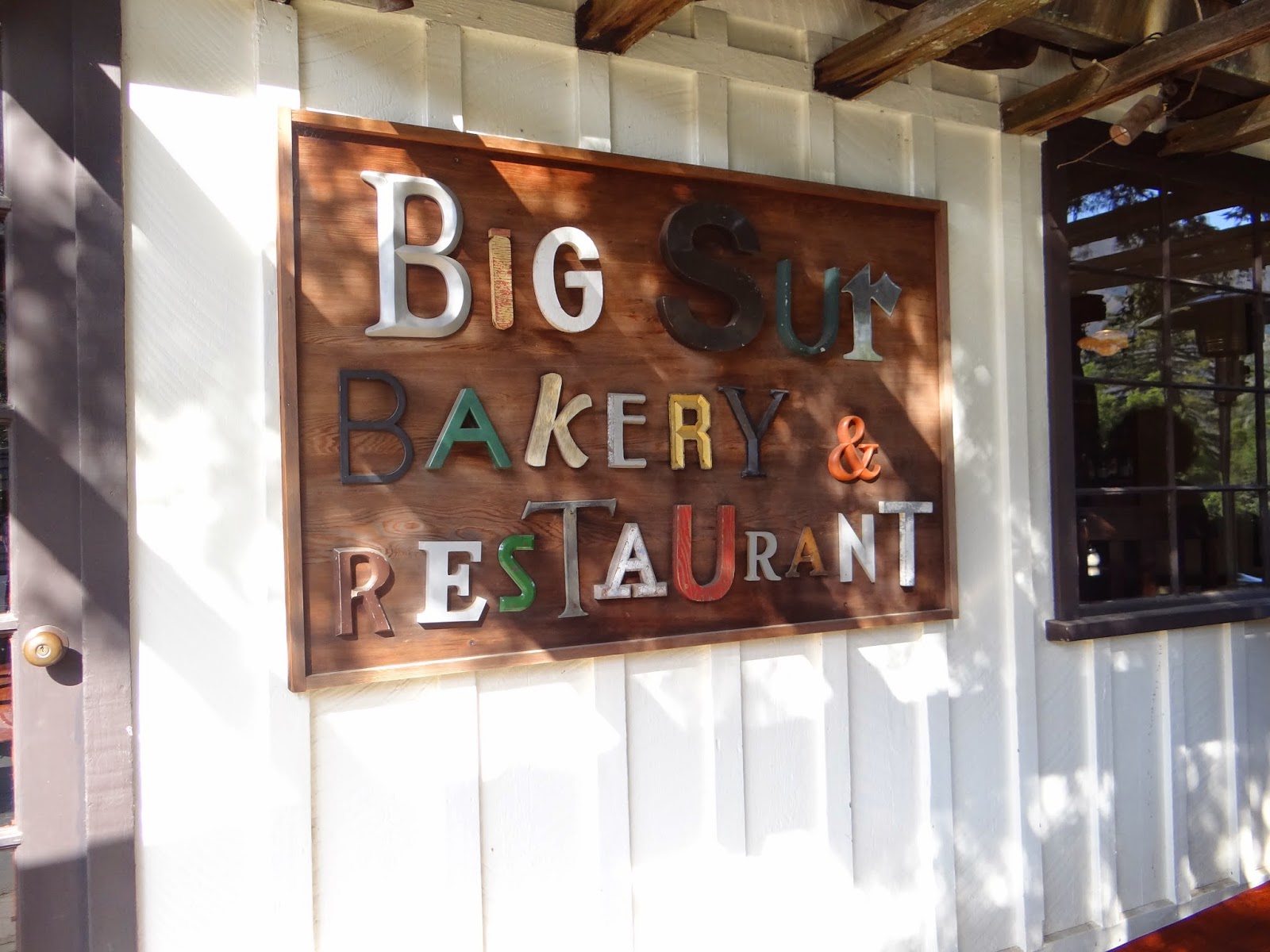 We departed from Oakland around six in the morning.  I can only assume all this fog is due to the rising sun and thus causes some evaporation.  It was a bit surreal driving through such thick fog.  At times it felt as though we were driving in a large white dome à la Truman Show. 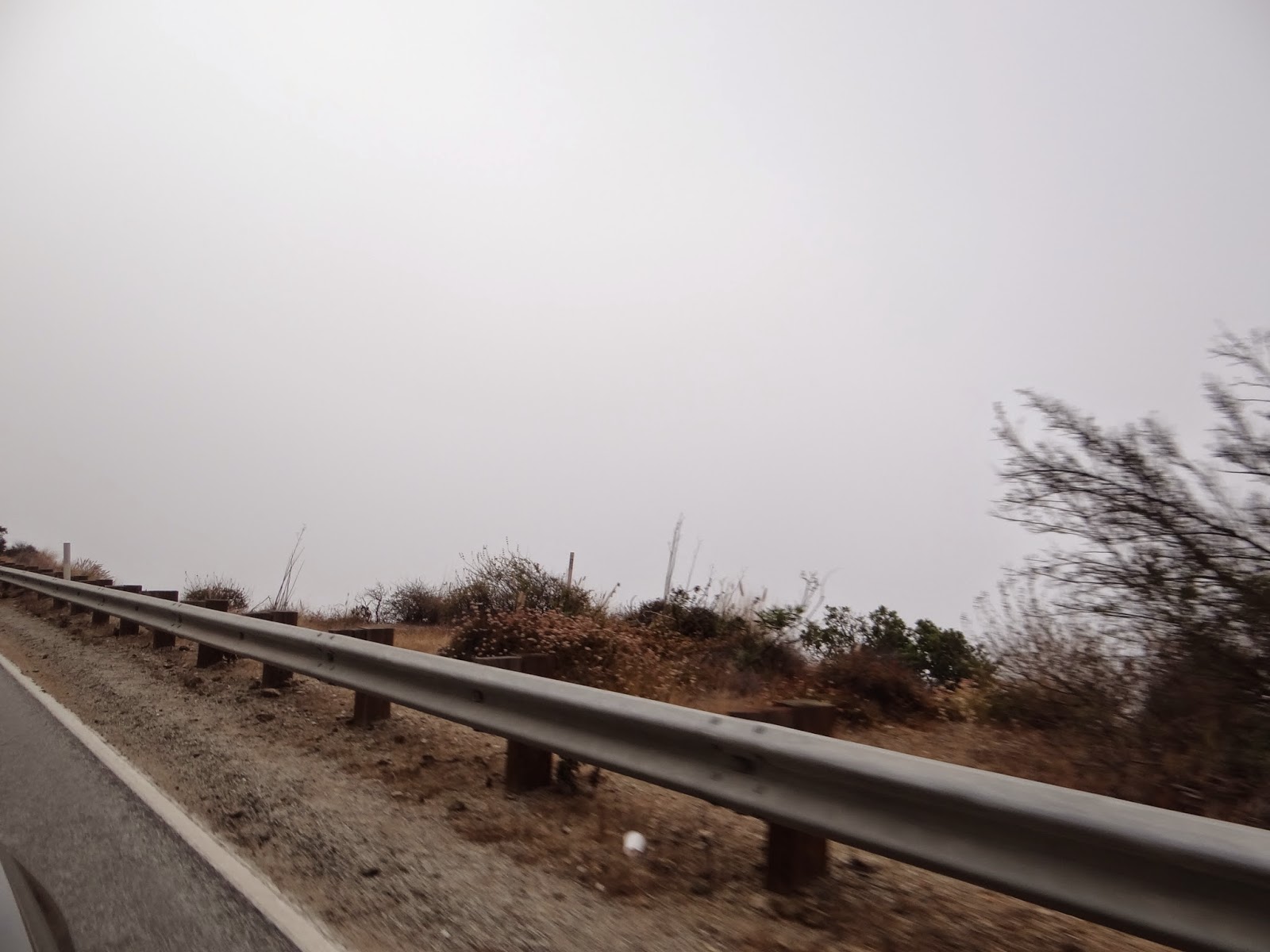 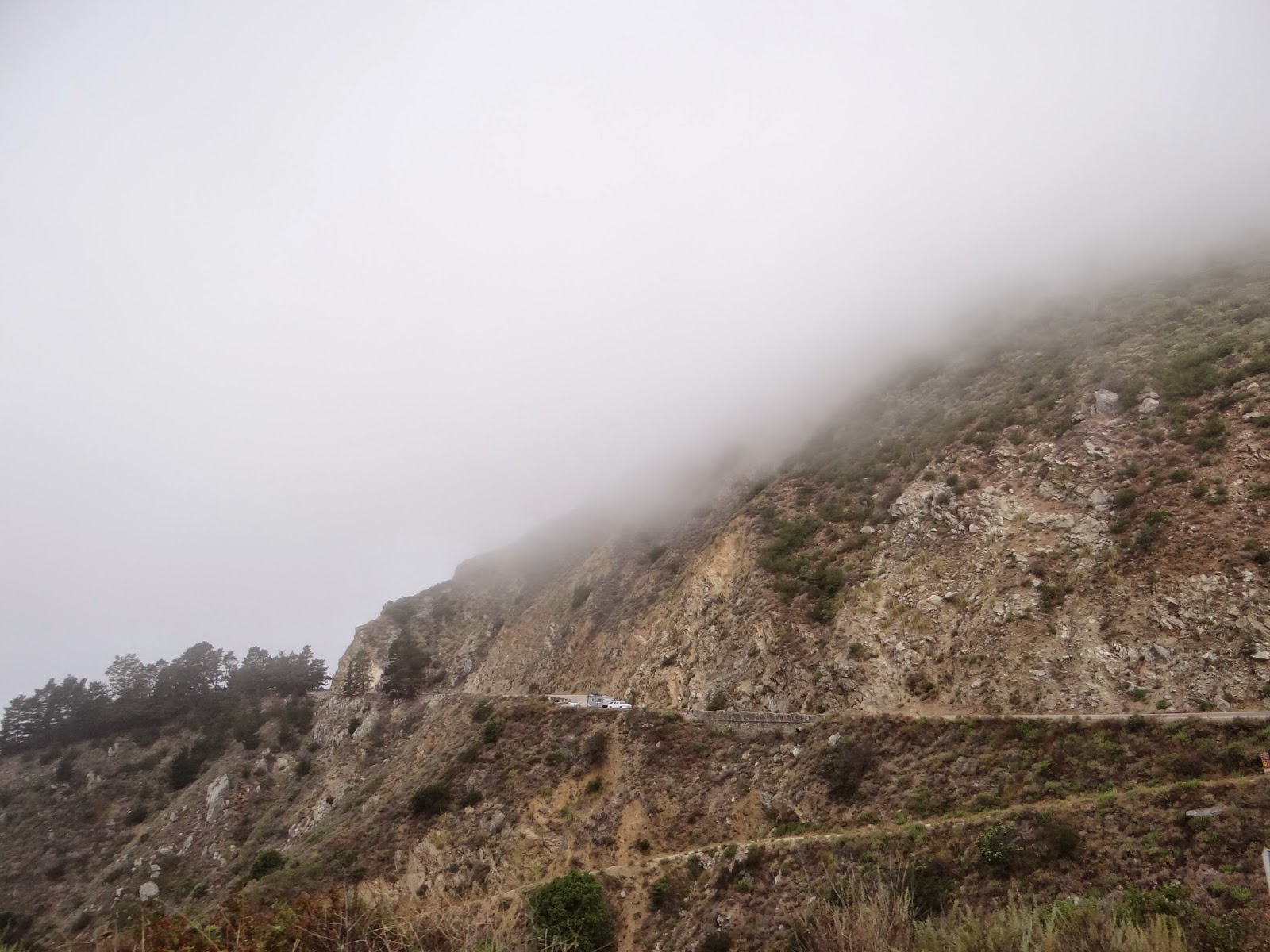 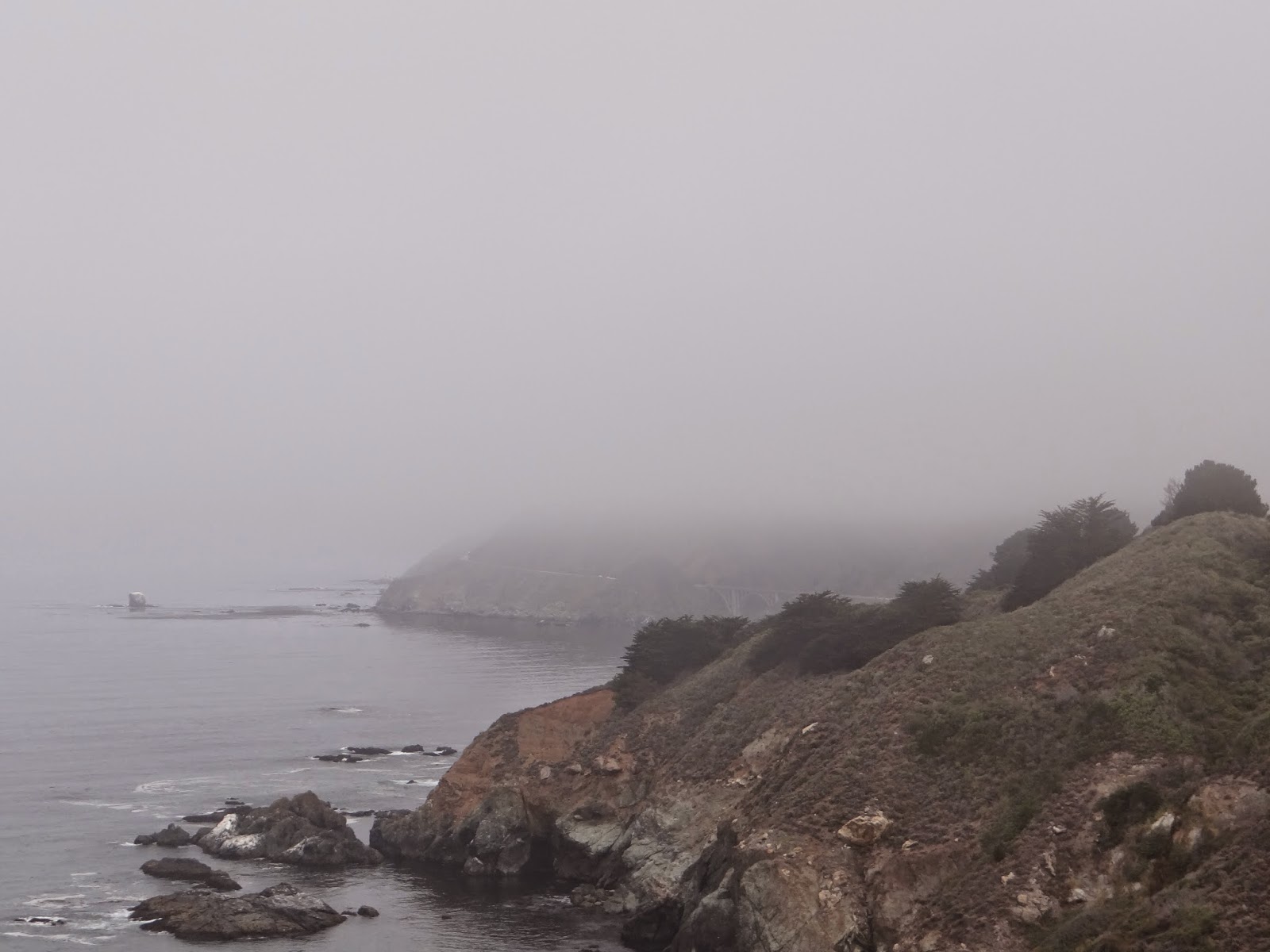 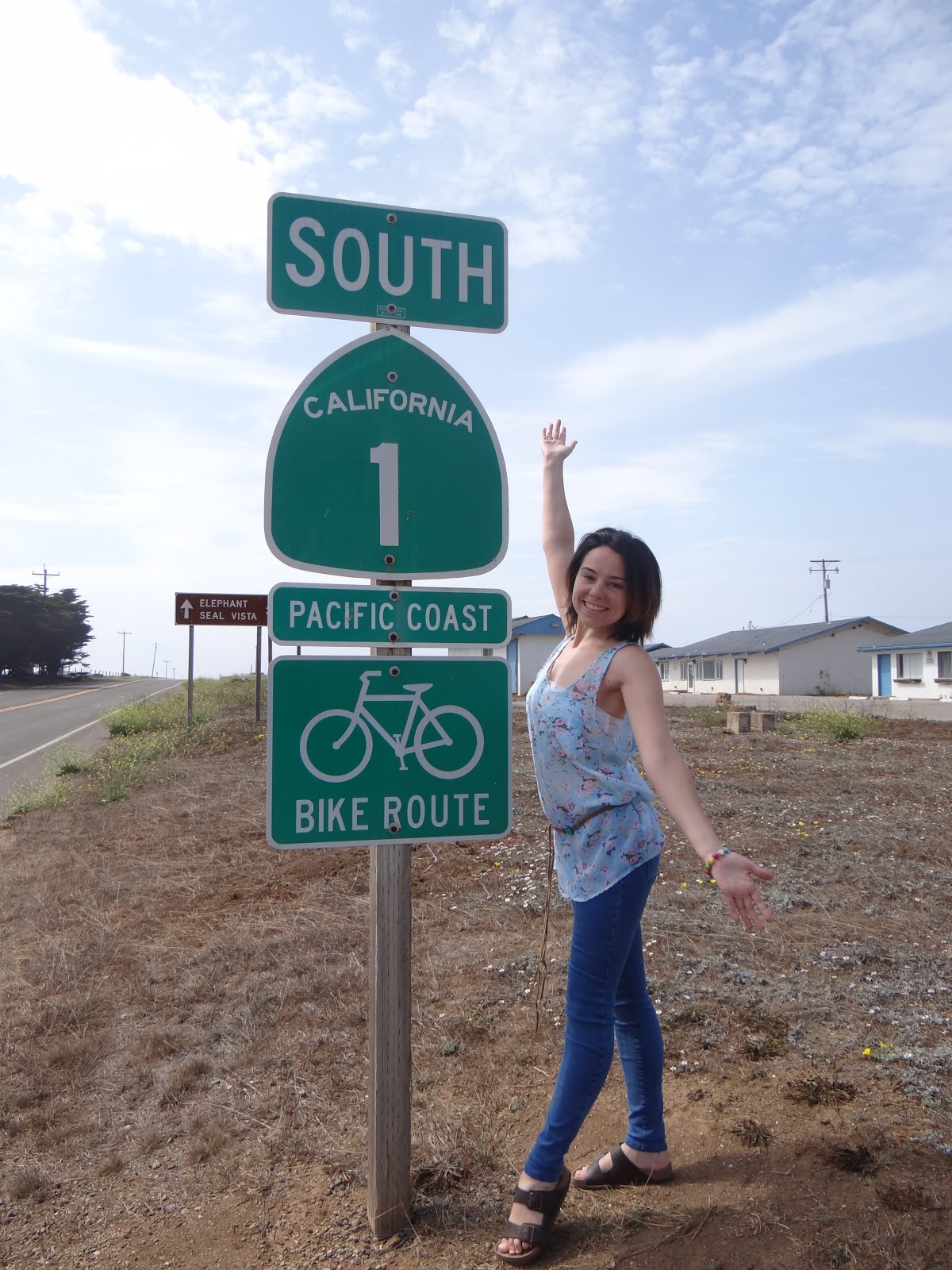 After Big Sur the scenery dies down quite a bit.  There isn’t much to look at for a while.  We did come across some elephant seals basking in the sun.  They drew a huge crowd and smelled awful. 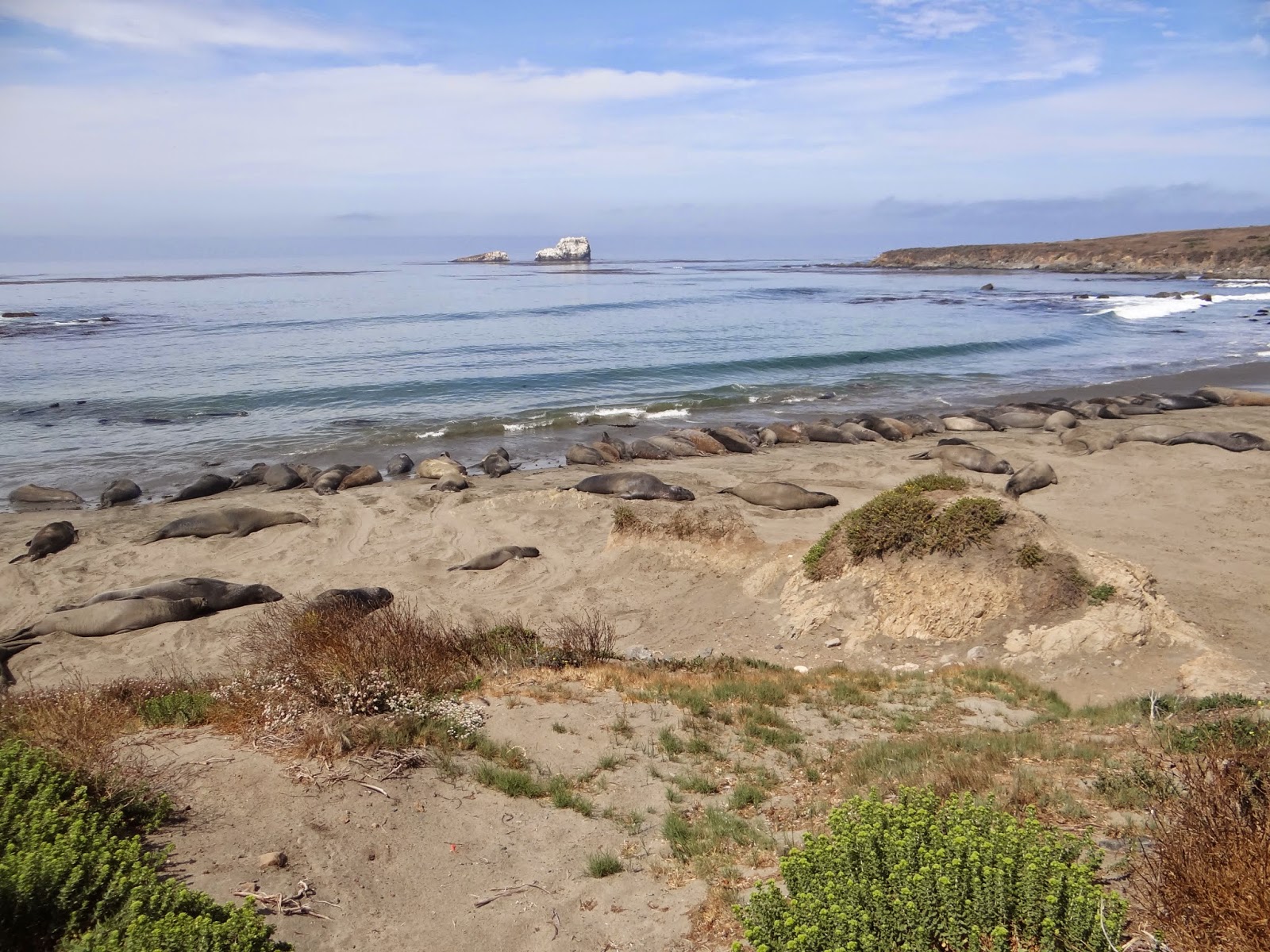 There is more to look at once you reach Santa Barbara.  The highway veers back beside the beach and there are lots of beach towns and palm trees. 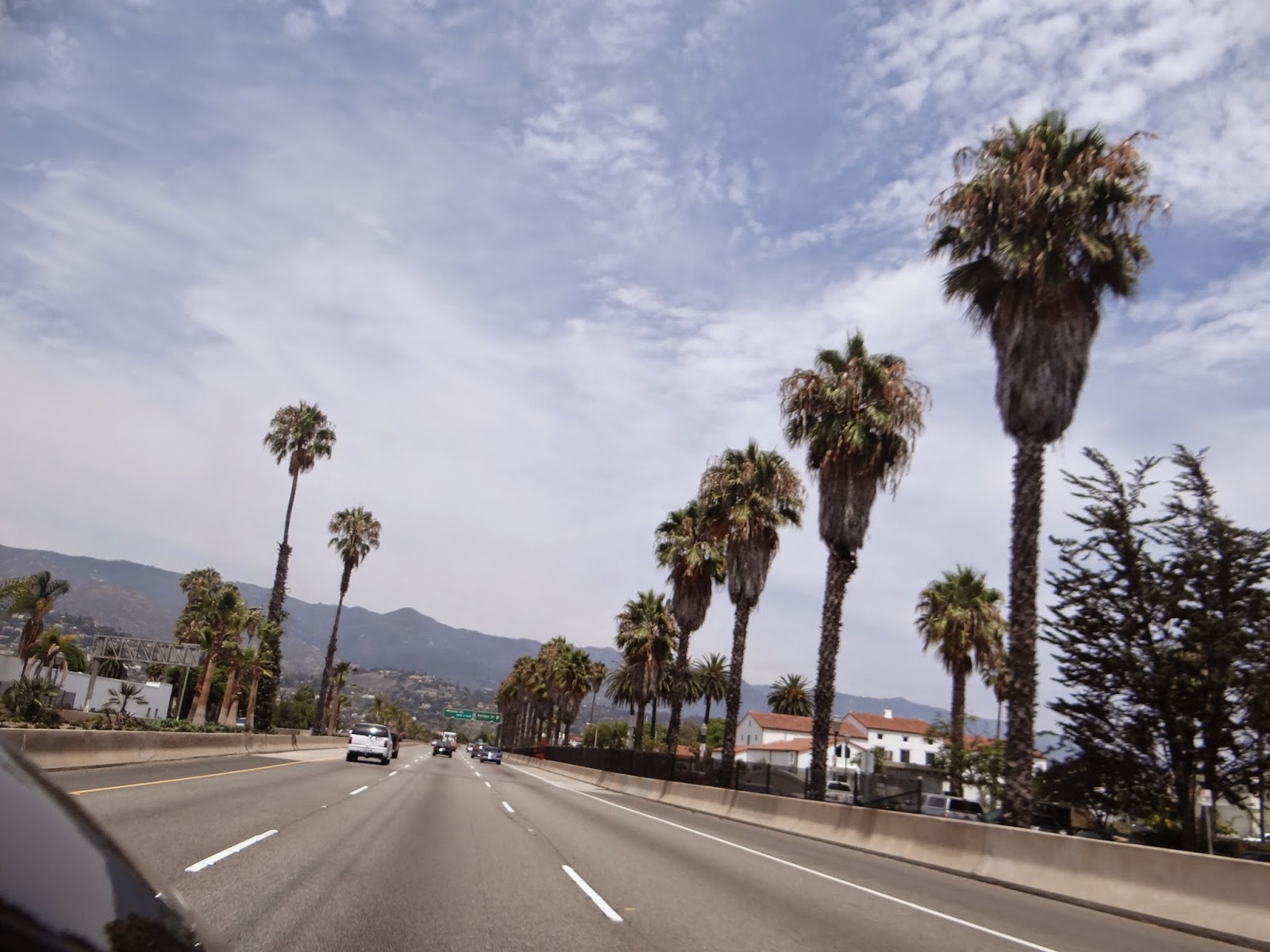 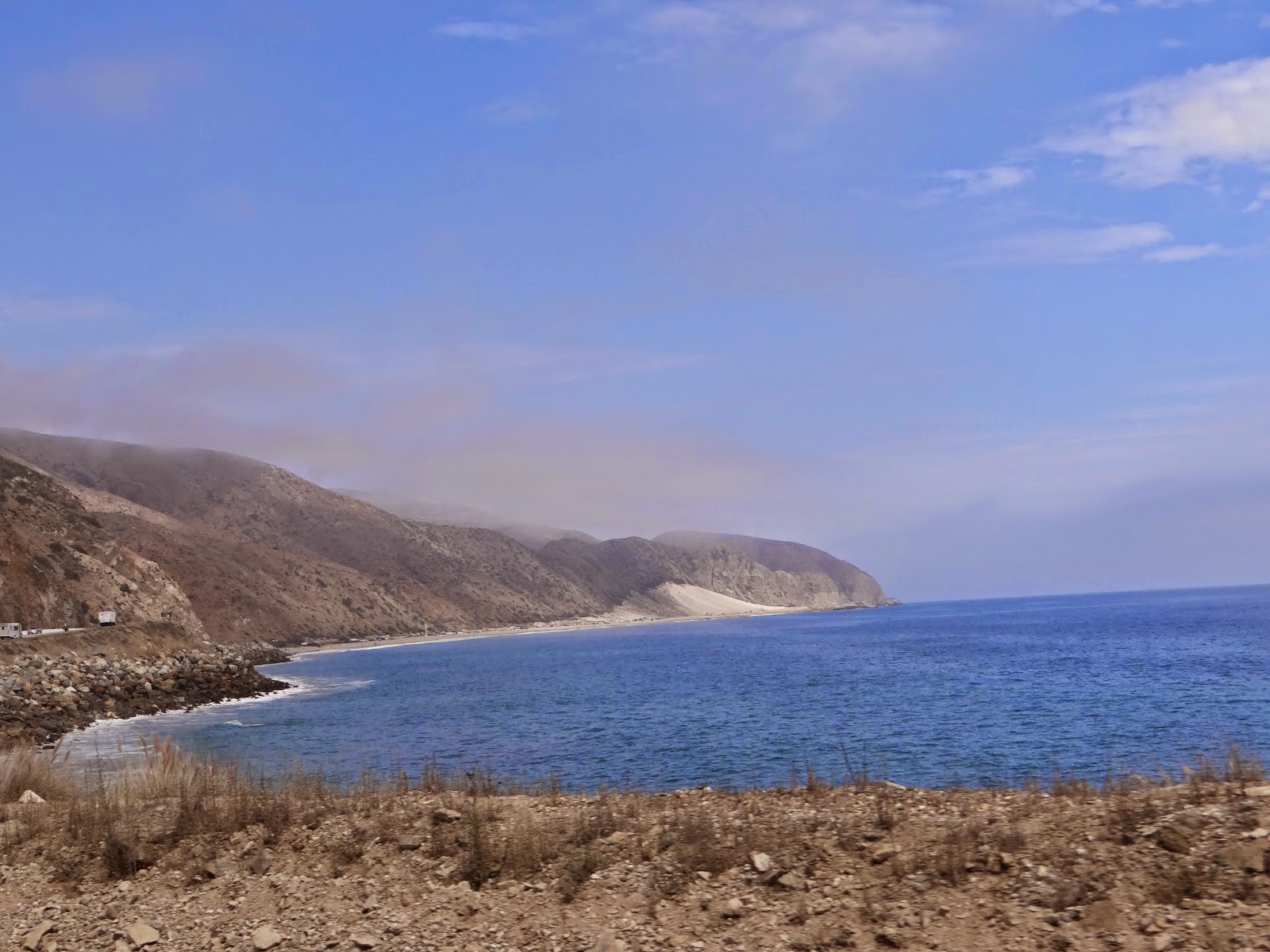 We arrived in Malibu late afternoon and went to El Matador beach.  The beach is really beautiful with the large pieces of rocks and had several fashion/wedding/engagement photoshoots going on while we were there.  The beach is fairly small and has a comparably small parking lot.  There is a steep fine for parking on Highway 1 and we almost turned around and left.  Though we caught someone as they were leaving and they actually gave us there parking ticket which was good for a few more hours.  We also paid it forward when we left and left it with another beach goer. 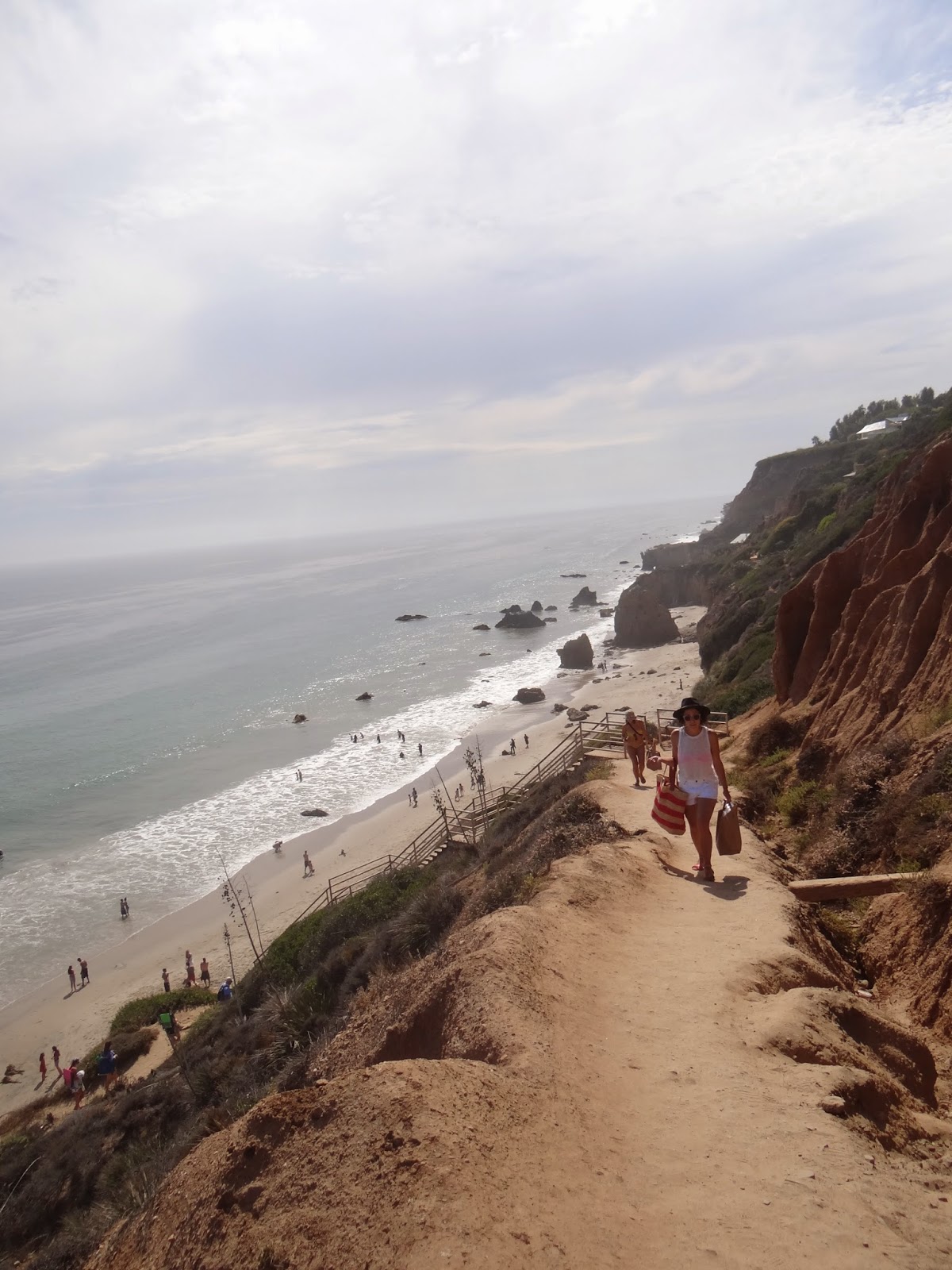 It is no easy feat getting to and from the beach.  We actually witnessed an older man on crutches make his way back up the hill.  Really puts your own perseverance into perspective. 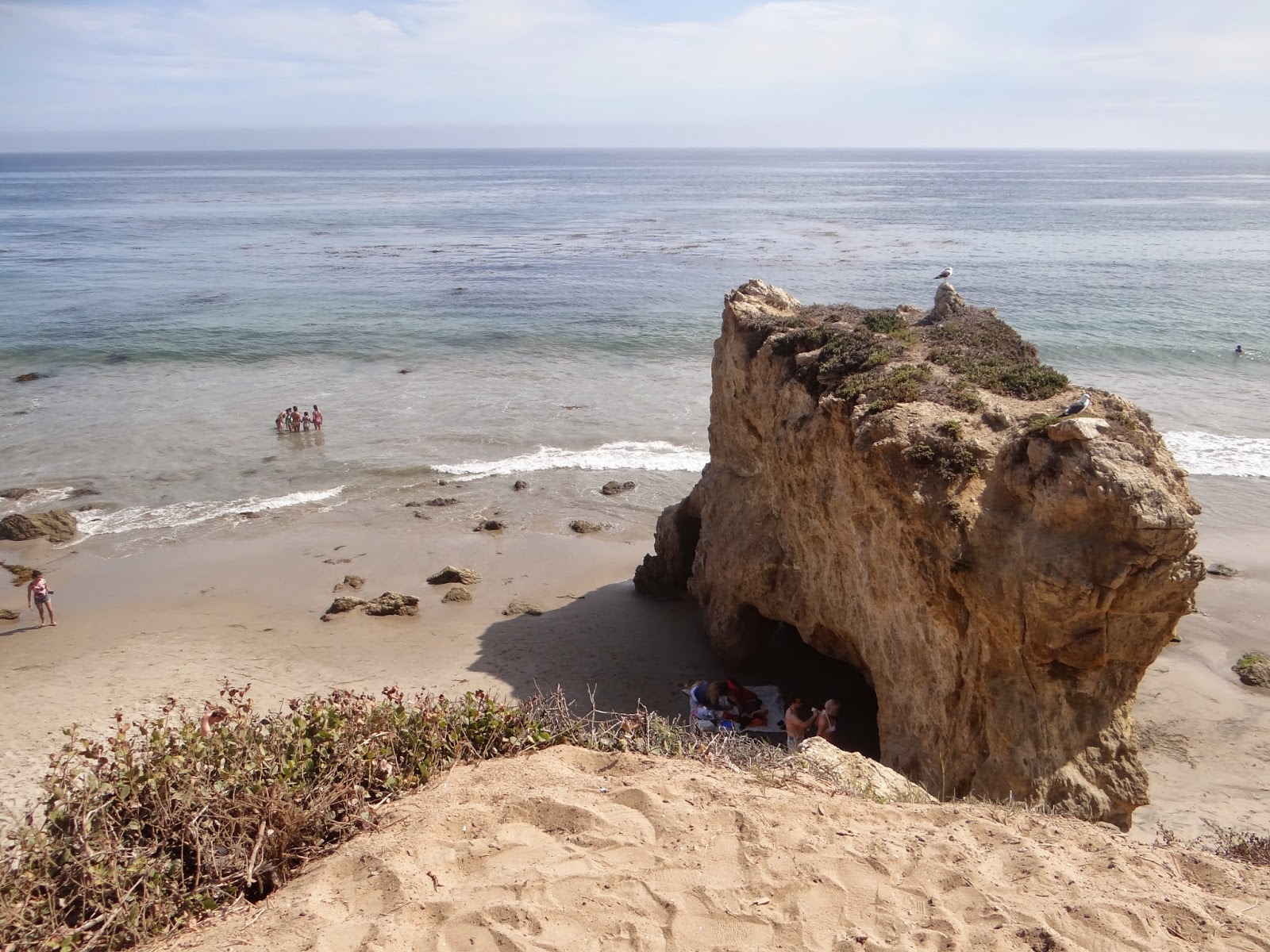 The beach itself is really beautiful, though not the best swimming conditions, with many jagged rocks in the water. 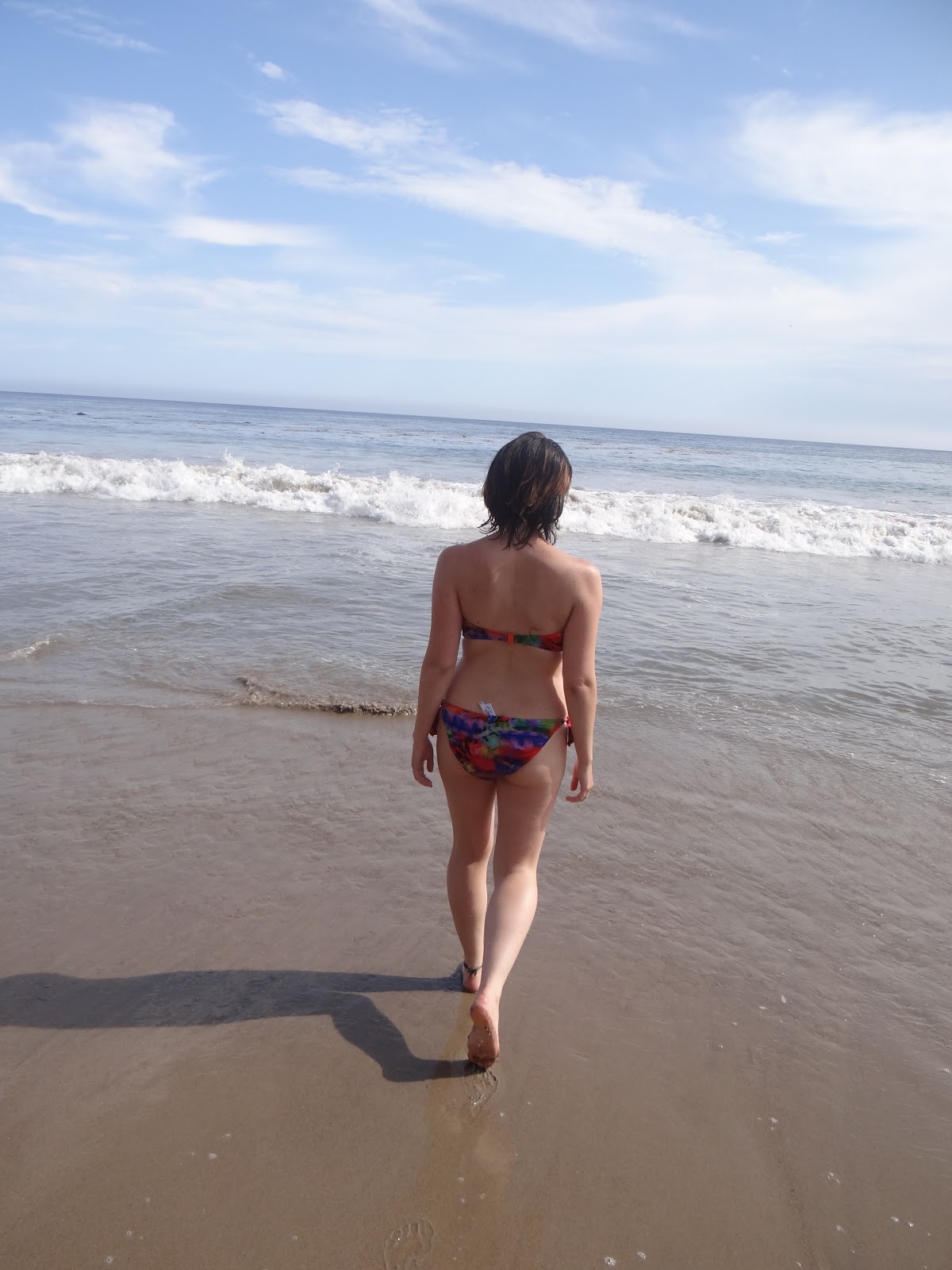 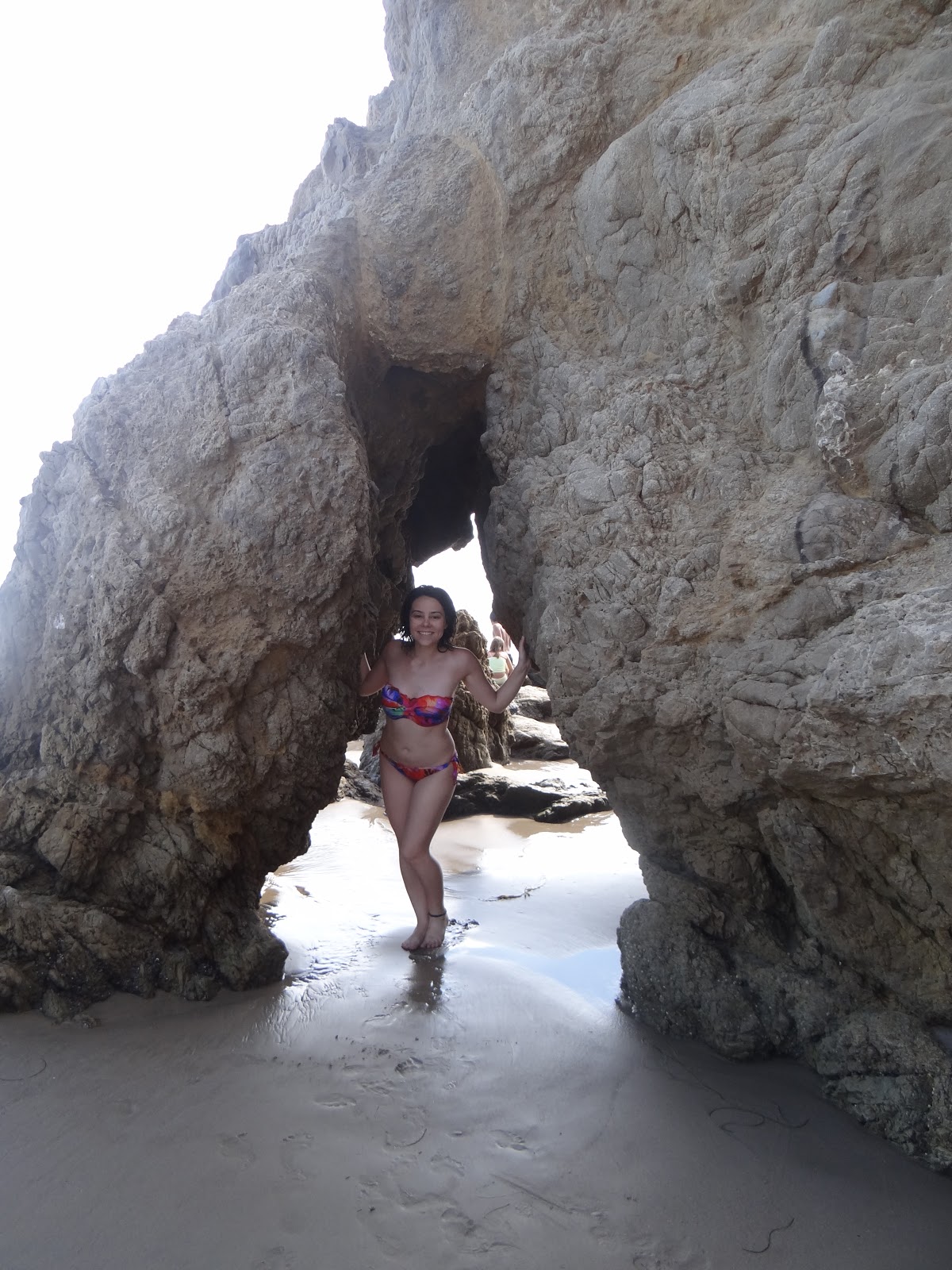 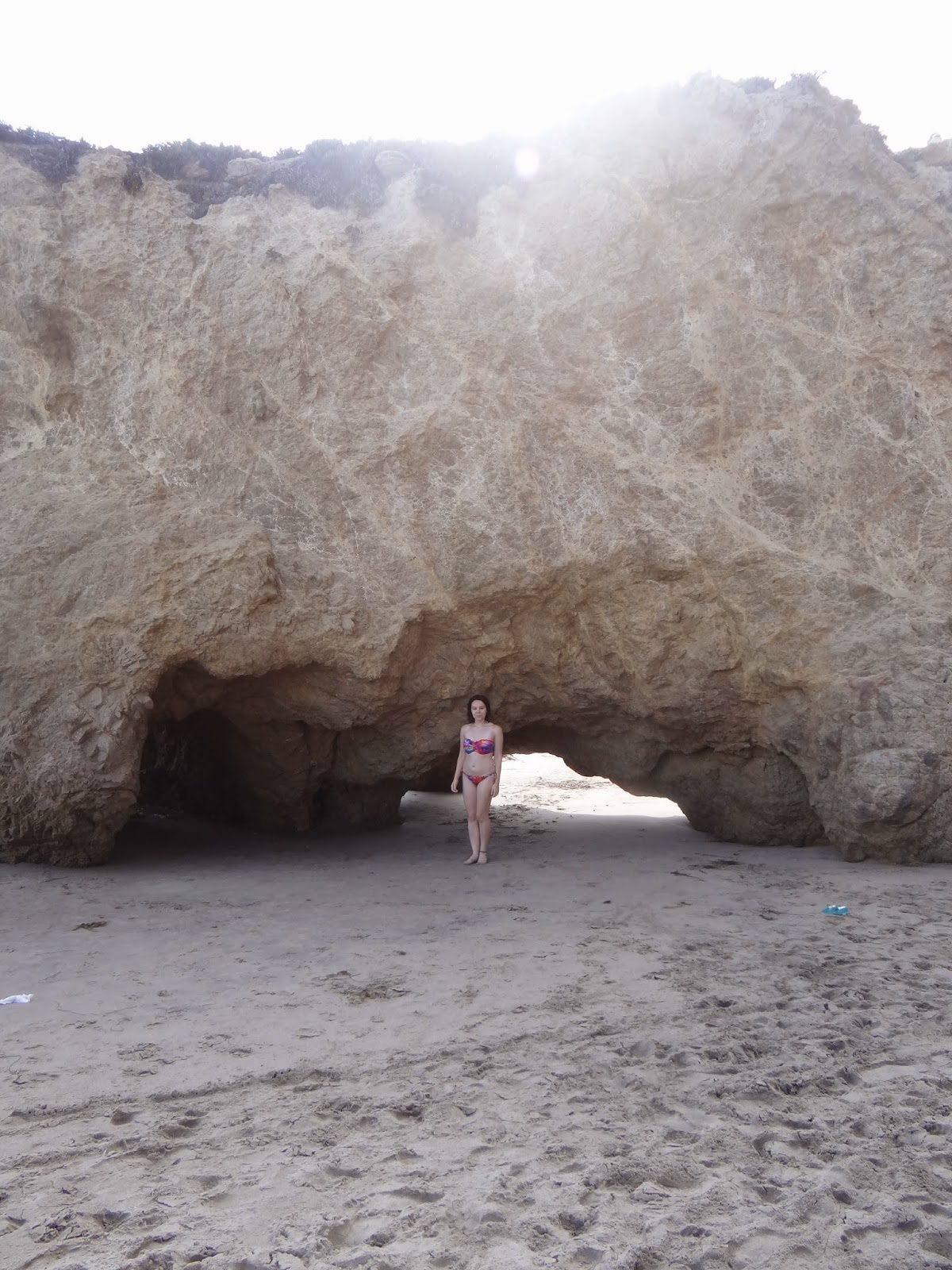 We took a walk down the beach.  There is a stretch of coastline where people’s houses back onto a public beach.  I would personally not be comfortable with strangers taking a leisurely walk through my back yard. 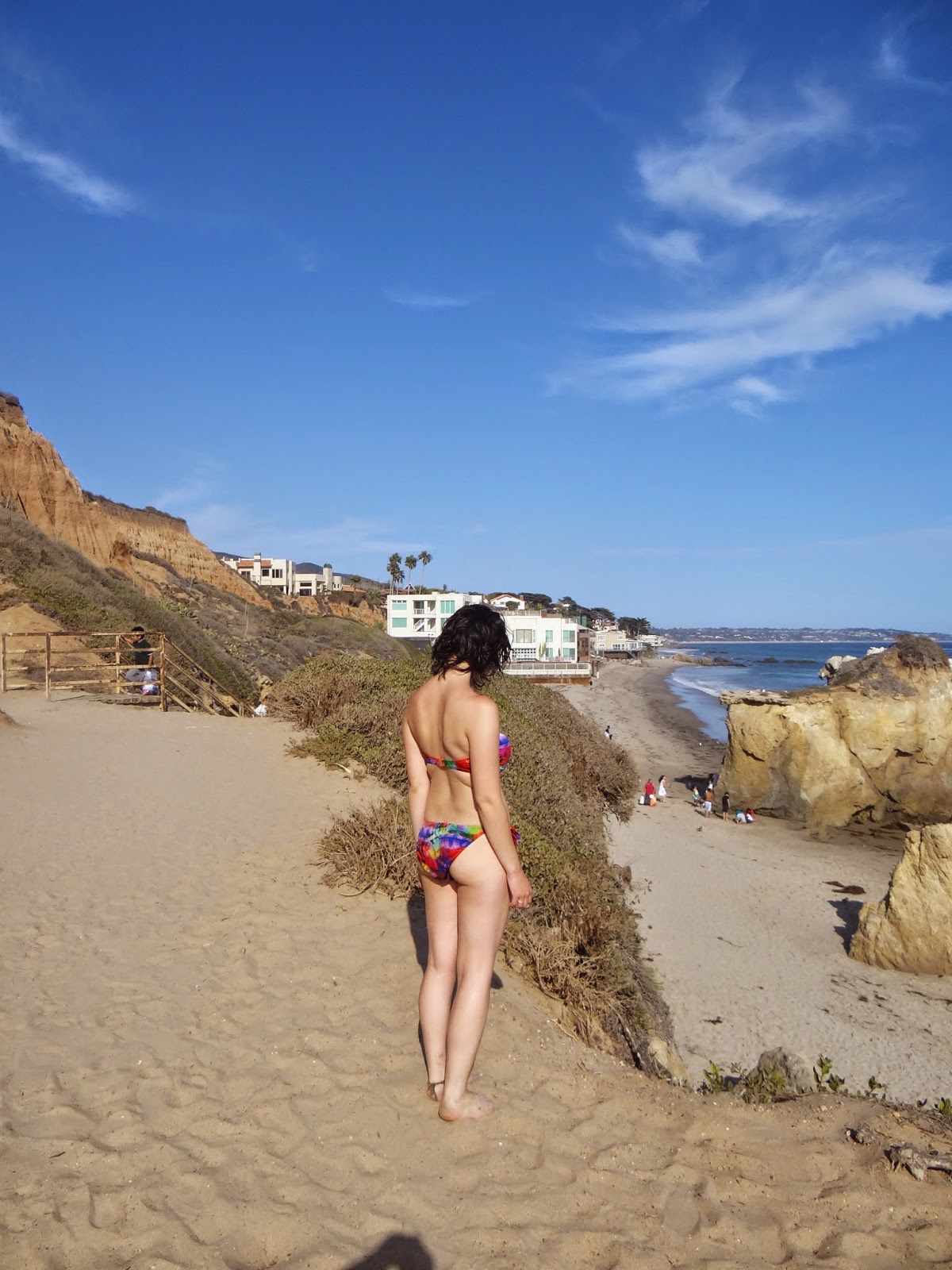 We stayed in an amazing fairy tale village built in Topanga Canyon.  Unfortunately we arrived to late to check out the little shops nearby.  We booked again through airbnb.  It was self check in and we had a bit of a hard time figuring out which cottage was ours.  We eventually found it though and I was so happy about the accommodations.  I will have many pictures of the village and our last day in California in a post later this week! 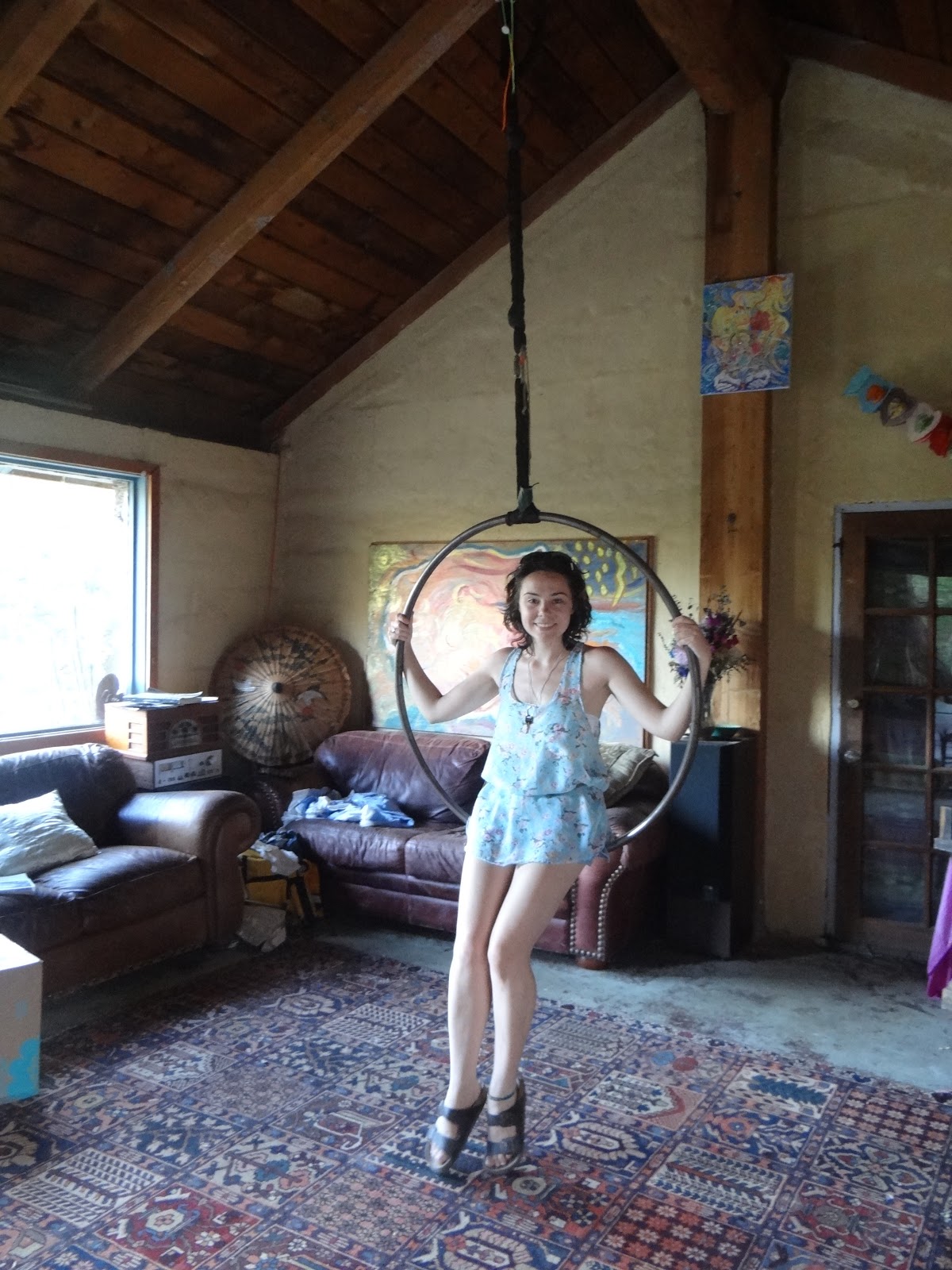