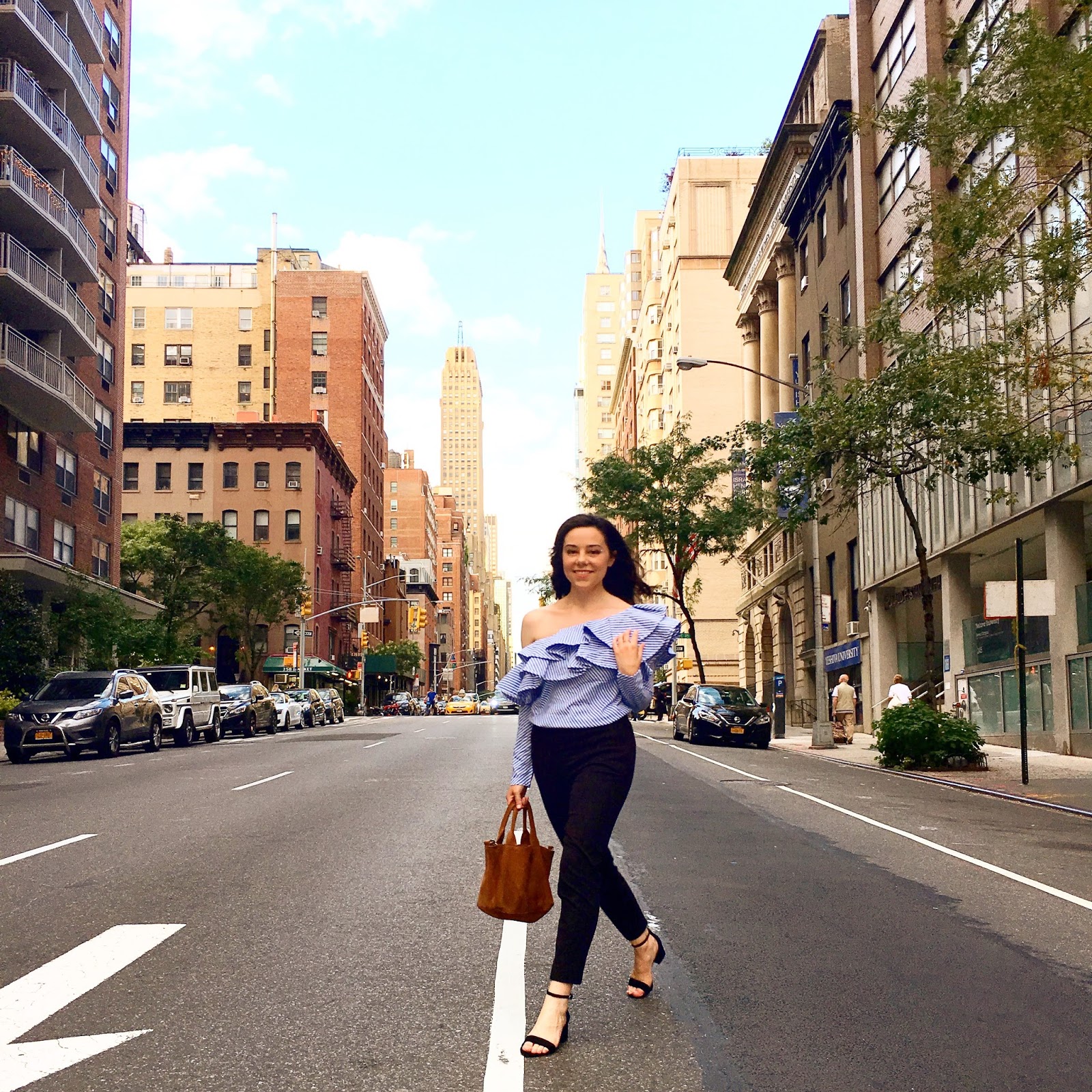 This post is so late!  I was last in New York at the beginning of August.  At the time I didn’t realize it was the last time I would be going to visit David as his project ended shortly after.  I honestly miss visiting so much and wish we were going to be there for the fall and winter, since I’ve only seen NYC in spring and summer and would love to walk through Central Park with the orange leaves, or with the bow bridge covered in snow!  I spent the majority of my time alone on this trip as David was working over-time even on weekends, so I did some sight-seeing and went to my favourite spots! 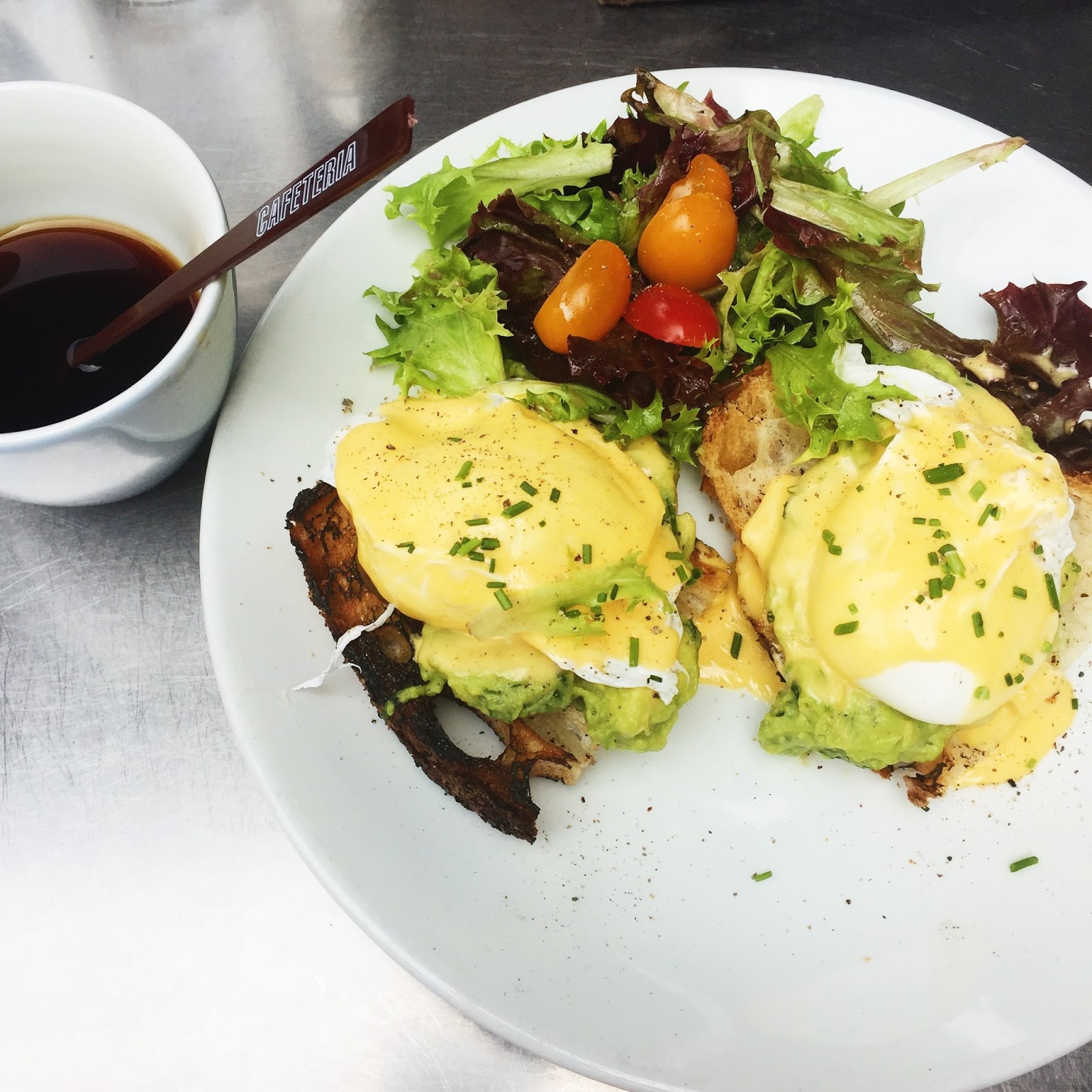 Those of you who watched Whitney Port’s spin off from The Hills, The City.  Where she moves to the East Coast to pursue her career in fashion and introduced the world to Olivia Palermo.  Do you recall the scene where the girls brunch and inform Ali that her boyfriend is cheating on her?  Well that happened in Chelsea, at Cafeteria.  David and I had happened by this spot the first time I had come to visit him and I usually have our visits all planned out with where I want to go, but was slacking a little on this trip.  So when he asked me on Sunday morning where I wanted to go for brunch I remembered about Cafeteria and off we went.  I had the avocado toast benedict…such a good choice.  I also love the brown spoons with Cafeteria inscribed on them for stirring your coffee. 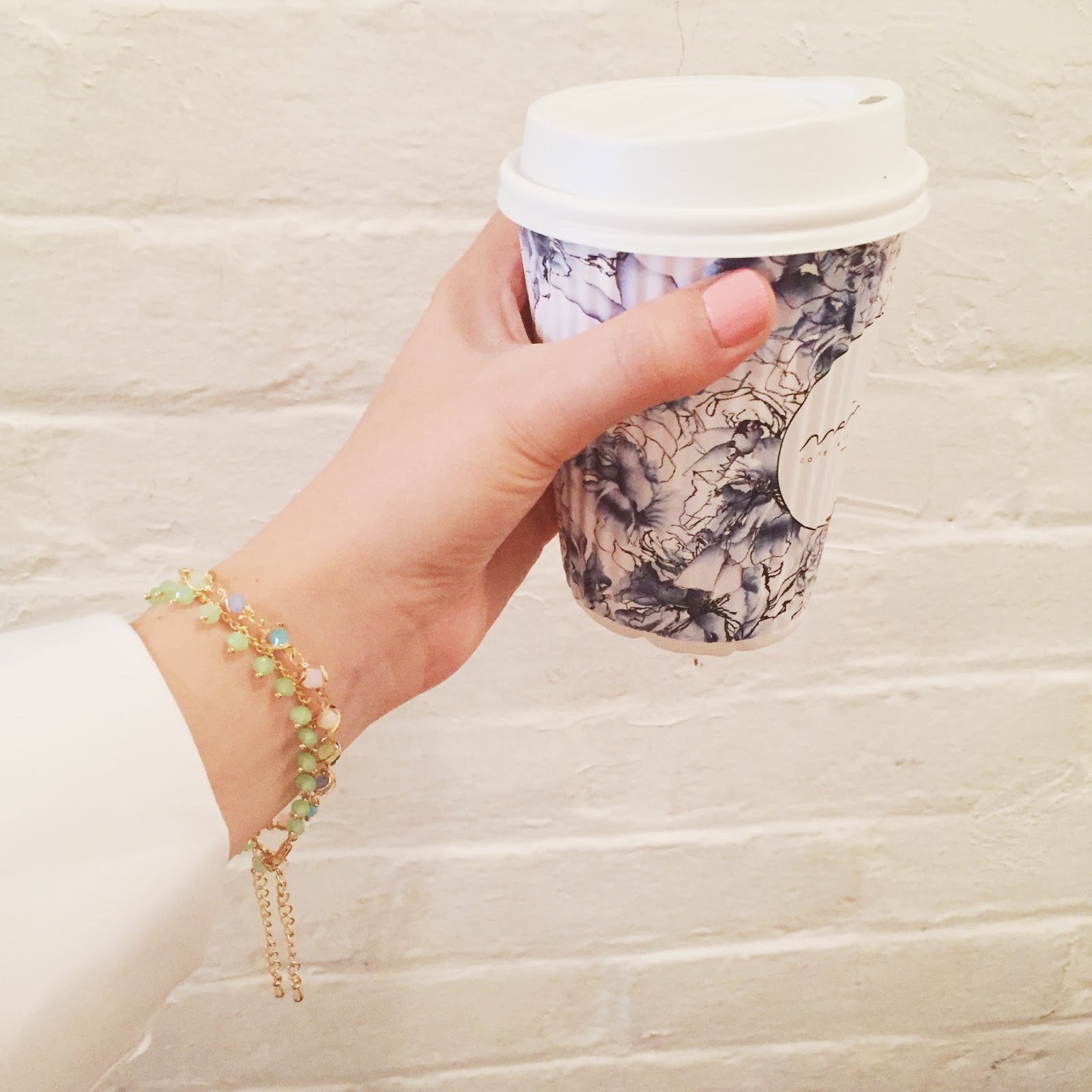 Despite the fact that I can have Maman anytime I like in Toronto, I always visit when I’m in NYC, in Tribecca, or SoHo.  I love the SoHo location especially.  The coffee cups are so beautiful and I also grabbed this Elderflower & Rose lemonade (I love elderflower).  The cap made me think of Alice in Wonderland! 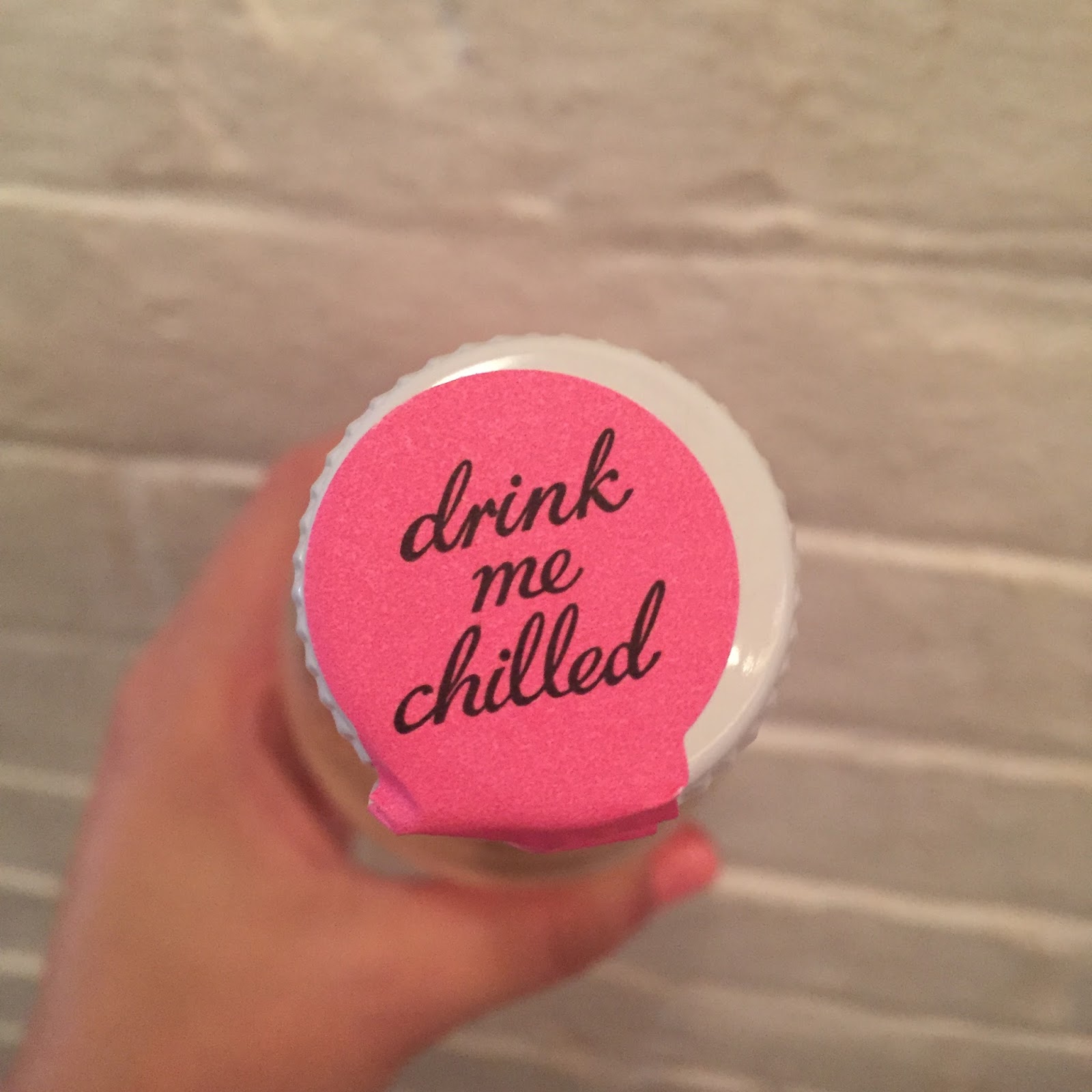 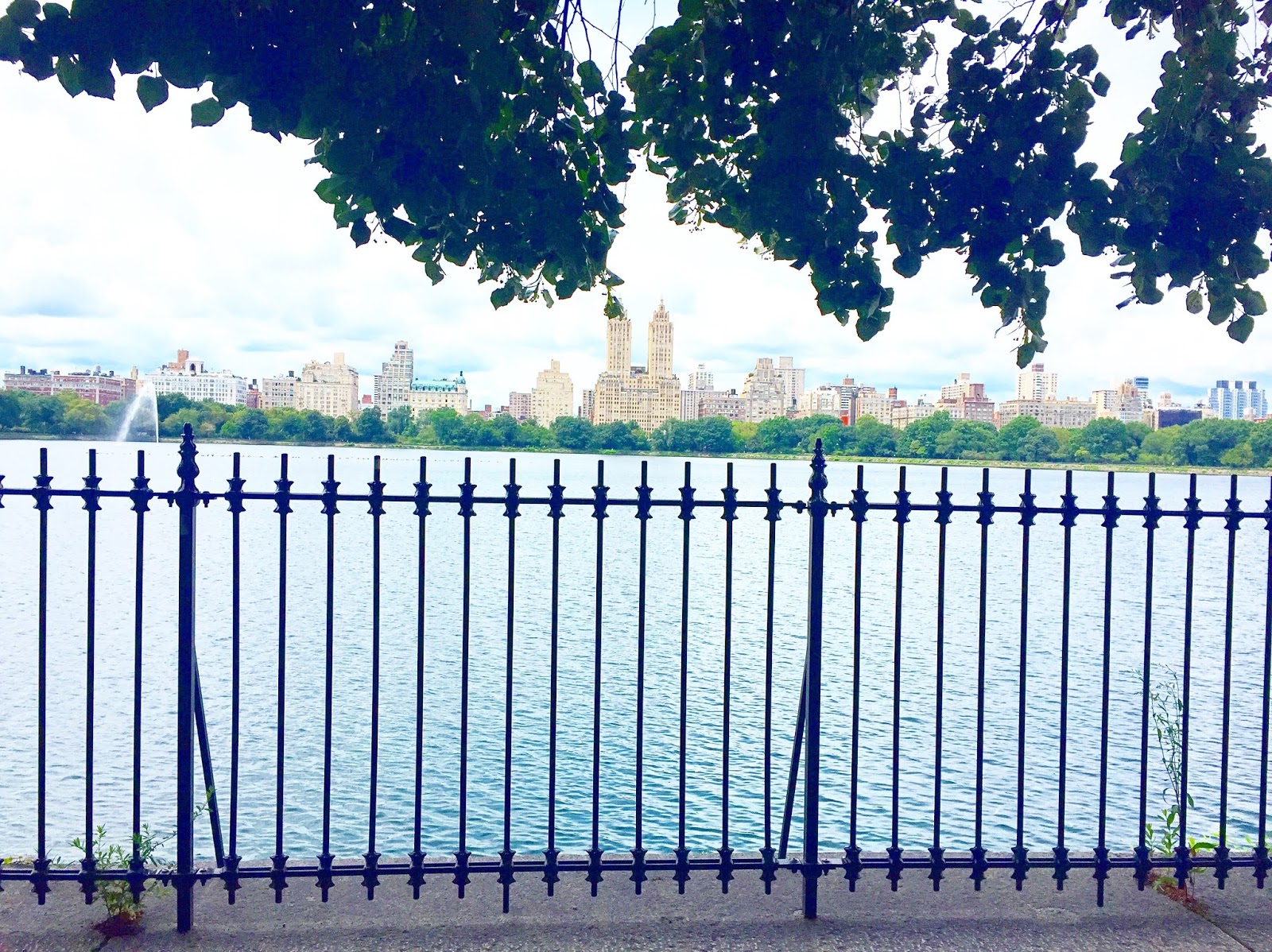 I walked the entire perimeter of the Shuman Running track around Jacqueline Kennedy Onassis Reservoir, the first time I’ve been!  If I lived in New York I would probably take up running just so I could come here, the skyline view is stunning, especially how you can see the old architechture of the upper east and west sides turn into the shiny new commercial buildings of lower Manhattan. 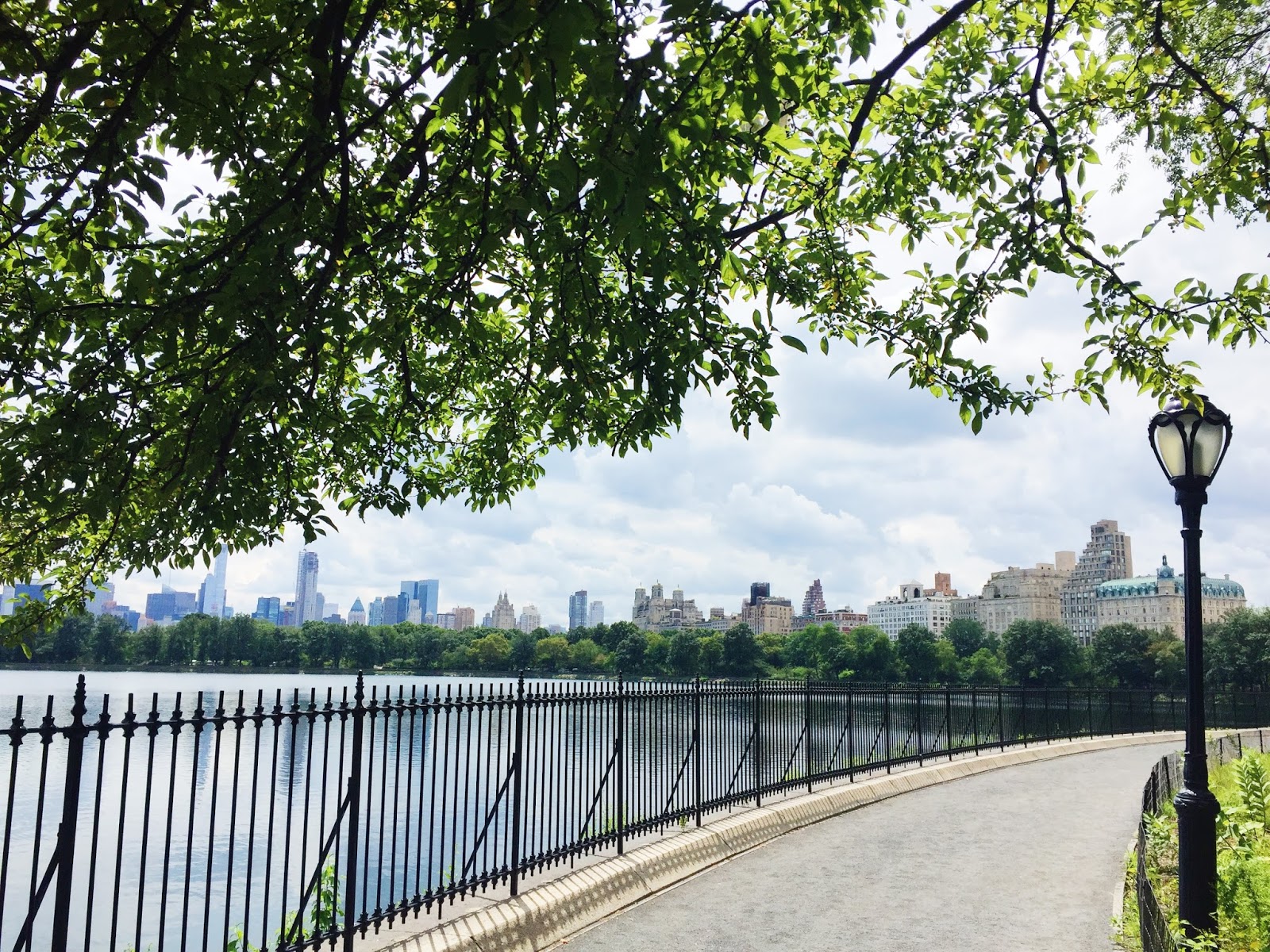 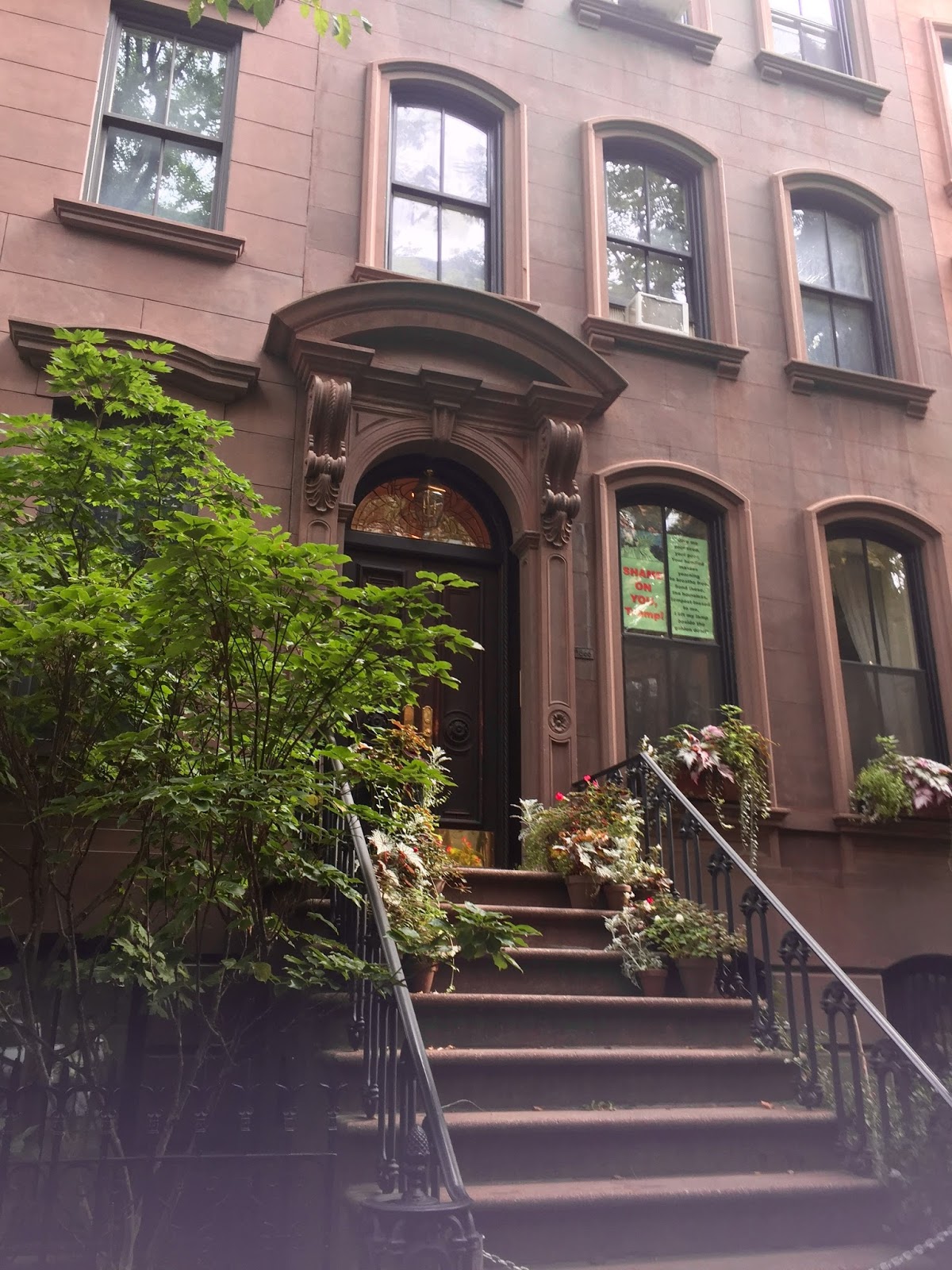 I’ve been watching Sex and the City since I was fifteen and it is always my go-to when I’m down, or not seeing eye to eye with the opposite sex.  Would you believe this was the first time I saw Carrie’s iconic brownstone!?  If I ever lived in New York I would definitely fancy a brownstone for my dwelling. 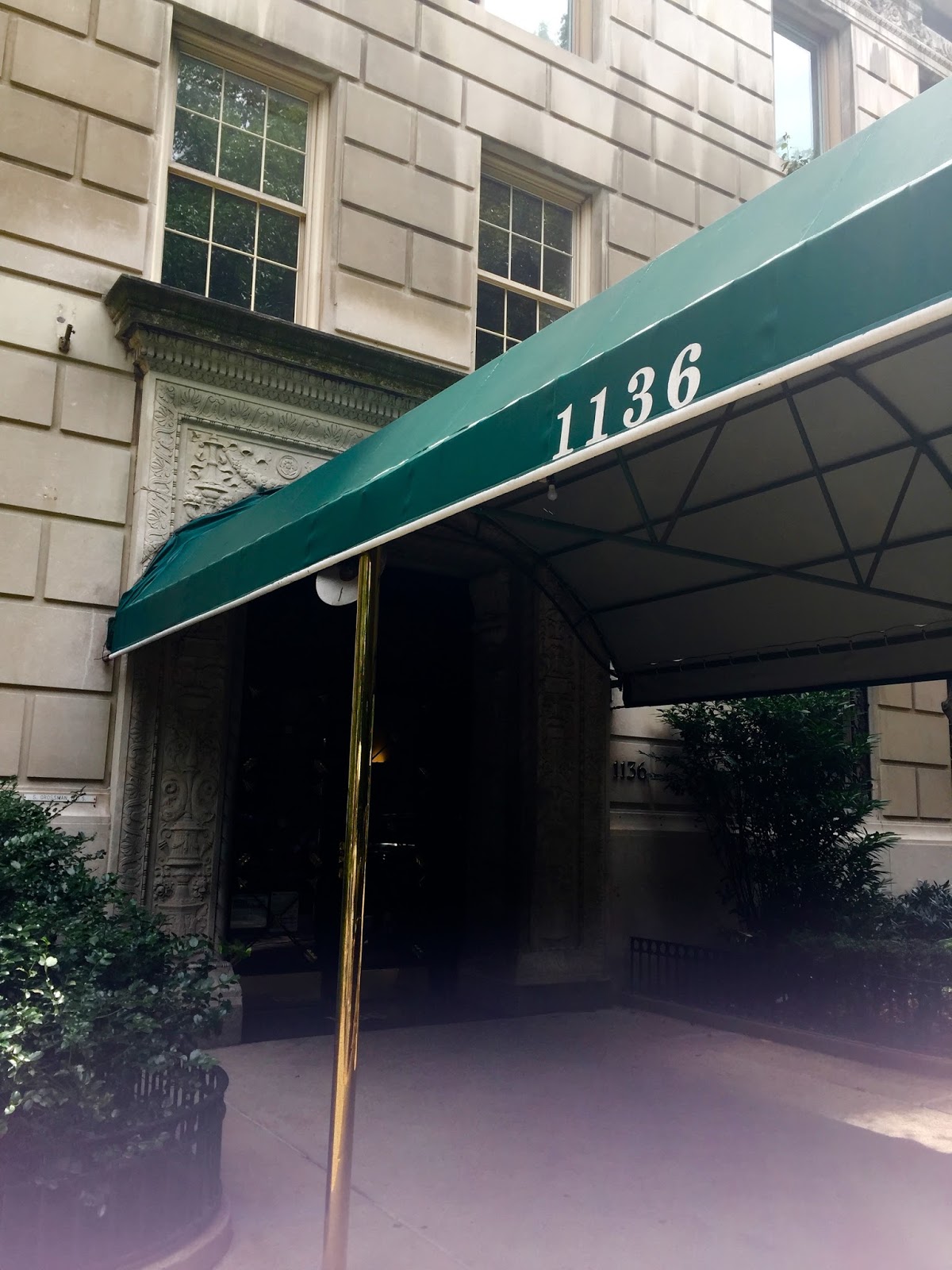 I began reading the Gossip Girl novels when I was thirteen and was so excited when the books came to life in the tv series.  Blair was always the character I related most to.  Since I had so much free time I decided to go see her green awning building on the upper east side.  I think this is actually the furthest north I have been on the island of Manhattan.  Her building faces Central Park and would be an absolute dream to live in! All the free time I had on this trip meant a lot of wandering around the park and a lot of shopping.  On one day in particular it rained quite hard all day long and I thought it the perfect day to visit The Met (I recalled that episode of Sex & the City where it rains and Carrie is wandering around the city with nothing to do).  Unfortunately my brilliant idea was shared with everyone else.  Don’t worry, I have been before, the first time I went to NYC.  I did though, one day take a moment to sit on the steps of The Met, reminded of the girls at Constance Billard’s beginning their morning with yogourt on the steps. 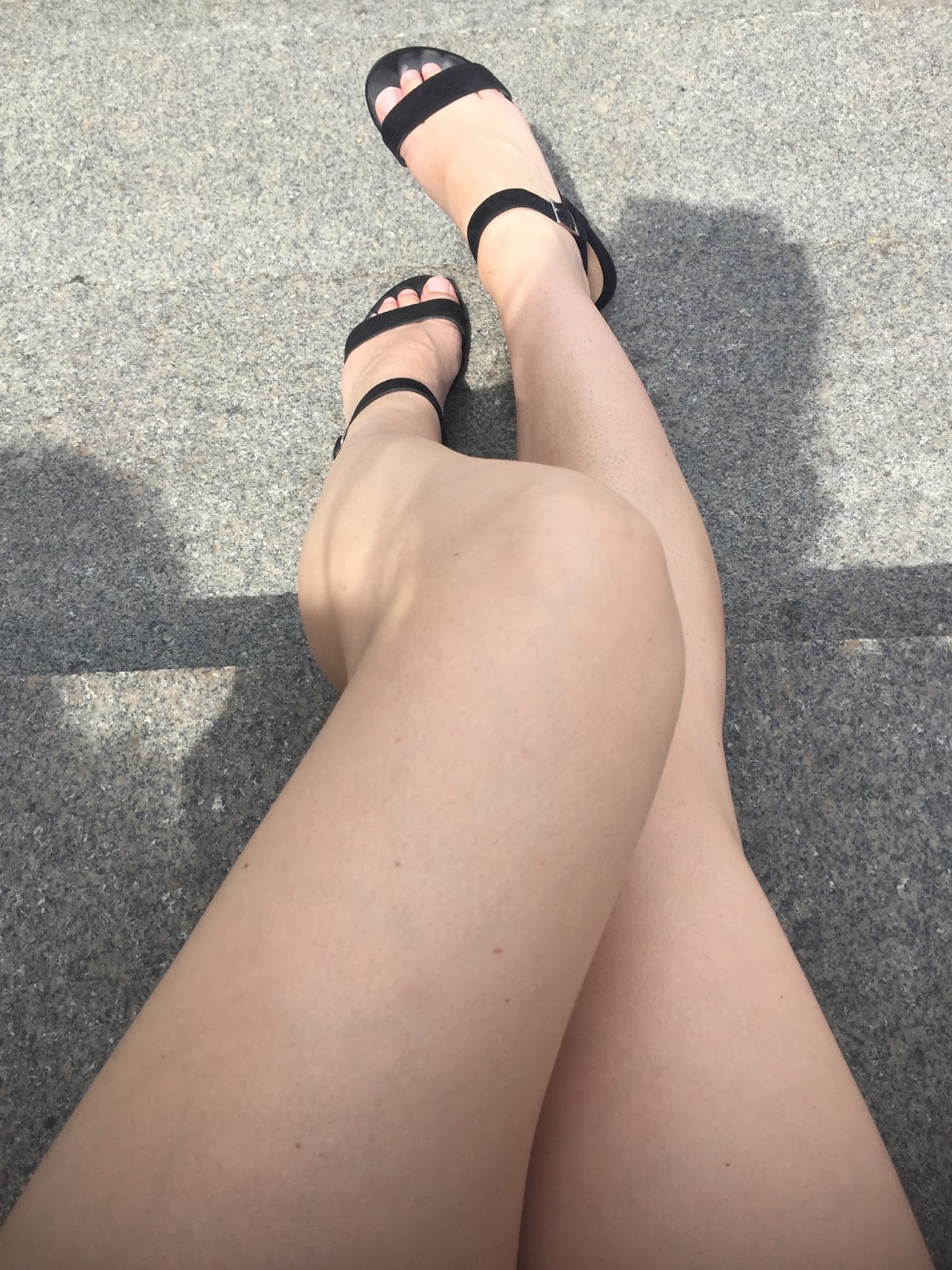 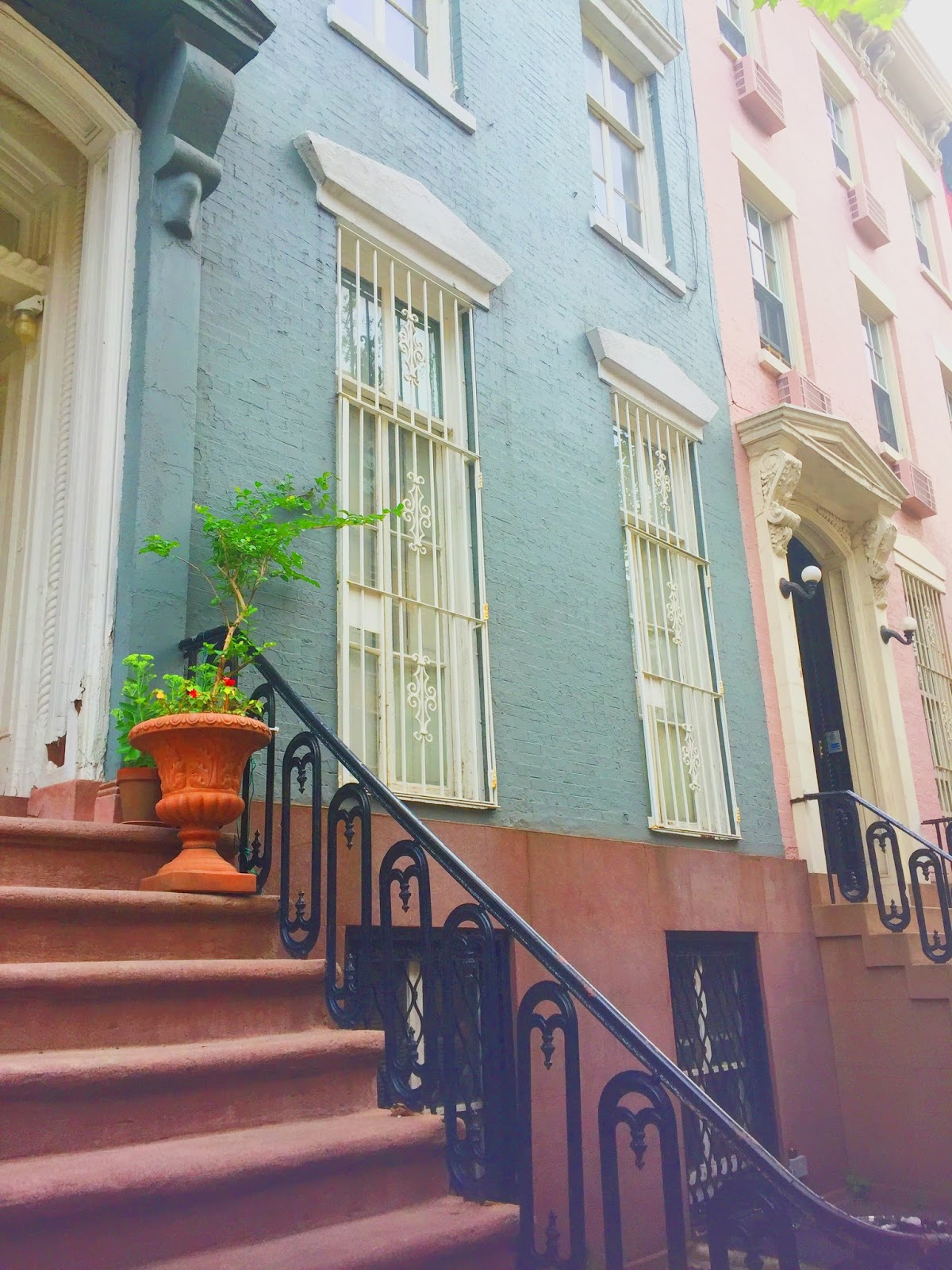 This may be my last visit to NYC for a while.  I’m super sad I won’t be travelling back and forth and miss the city so much, I never thought I would be so in love with NYC!  David and I just got back from Israel earlier this week, I am still exhausted and jet lagged and am sitting on the couch in a daze working on my blog, so expect some Israel posts to come! 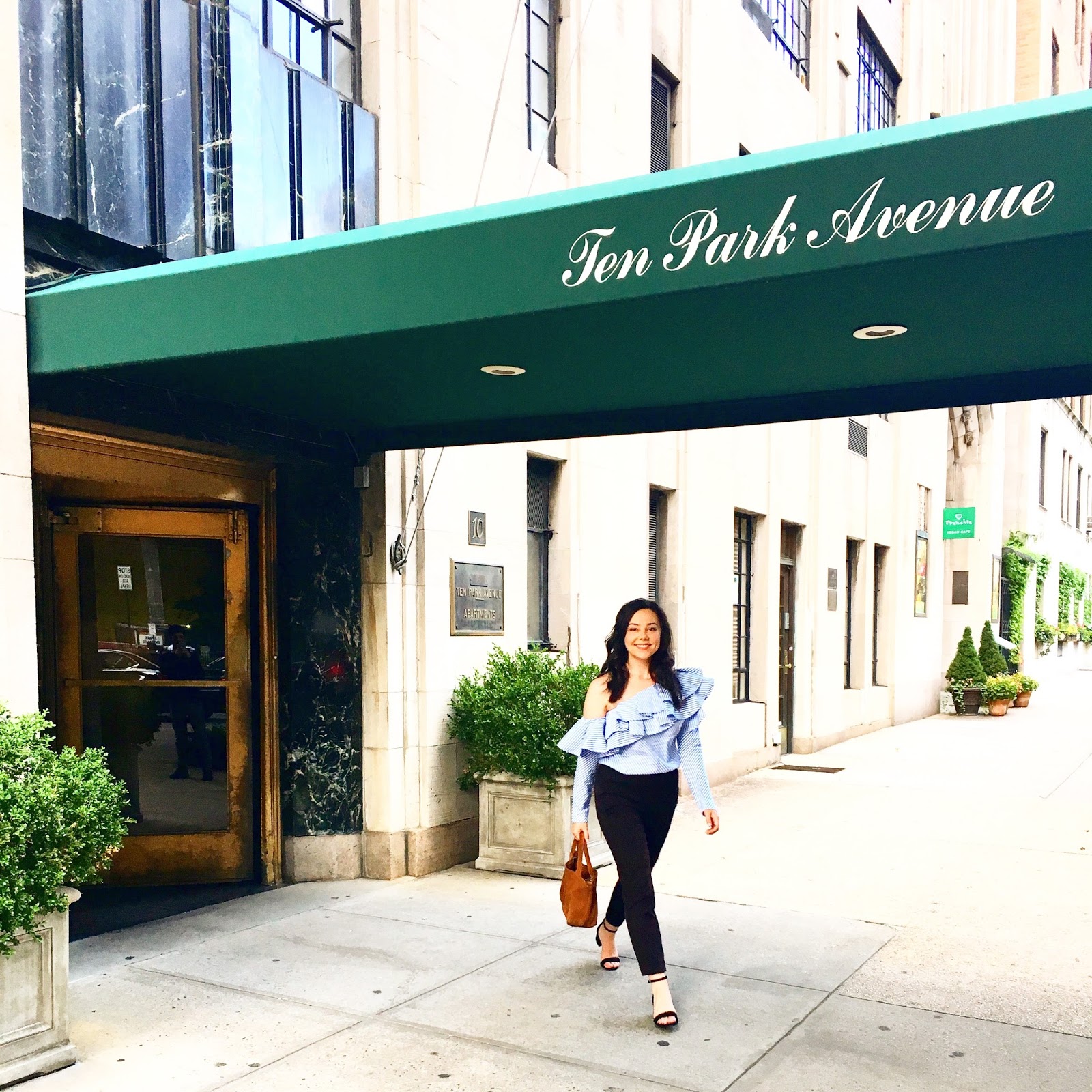